Fist of the North Star was born during a decade populated by stoic, shirtless warriors, generic electric rock music, and visions of the future that all looked like Mad Max’s rusted desert. The cultural memes of the ‘80s always seem to get me excited, so Ken’s Rage is the kind of throwback that should have me bouncing in my seat. Thanks to Koei, however, I may never want to see this series’ spiked mullets again.

The original Fist of the North Star manga and anime told the story of a noble wanderer named Kenshiro who traveled across a world laid to waste by nuclear war. Kenshiro practiced a secret assassination art known as Hokuto Shinken, which allowed him to destroy his opponents from the inside out; after punching someone, they turned into a geyser of blood. After Ken loses the woman he loves, he dedicates his life to defending the needy from predatory gangs that plague the wasteland. Ken’s Rage follows the manga’s skeletal outline, but most of the story is told through text boxes and static character cutouts, deflating much of the drama.

The plot moves at a pace so brisk that every moment is hilariously disconnected from anything going on 15 minutes to either side of it. The narrative comes off like some strange stream-of-consciousness writing experiment. The co-op mode, called Dream Mode, creates a new narrative featuring some of the series’ side characters. Some fans might get a kick out of this, but it remains as inaccessible as the main story to the rest of us.

Ken’s Rage shares a lot in common with the Dynasty Warriors franchise, which shouldn’t be surprising considering the same studio develops both titles. Like that long-running franchise, in Ken’s Rage you’ll be walking through open fields of Xeroxed backdrops while waging war on dozens of opponents who all patiently wait their turn to attack. Some might dig swatting crowds away with simple three-attack combos or punching crates out of existence to find health items, but the game has a long list of faults that are hard to overlook.

The combat is so slow that it feels like everyone is trudging through pools of water. Invisible walls block you from jumping over waist-high items, which is particularly strange since the game includes a few platforming sequences where Ken is forced to jump atop structures nearly twice his natural height. Despite these complications, the game is a breeze until you reach the end of a level. Many of the boss encounters feel like cheap trials of experimentation and luck, because most of your foes regain health mid-battle for no reason and seem immune to almost all of your combos.

At least the standard enemies put on a show. After being attacked, sometimes your enemy’s skin bubbles over before the character explodes, and other times baddies will bounce off your fist, ricocheting off the floor and walls like a rag doll before turning to dust. Opponents often exclaim one of a half-dozen stock phrases before they die. Repetitive exclamations such as “What is this!?” are annoying enough, but when three enemies yell out the same phrase in the same voice at the same time, it becomes laughable.

There may have been a few Fist of the North Star fans looking forward to the resurrection of this classic franchise, but thanks to an incoherent story and gameplay that vacillates between frustration and tedium, Ken’s Rage may end up enraging more fans than it appeases. 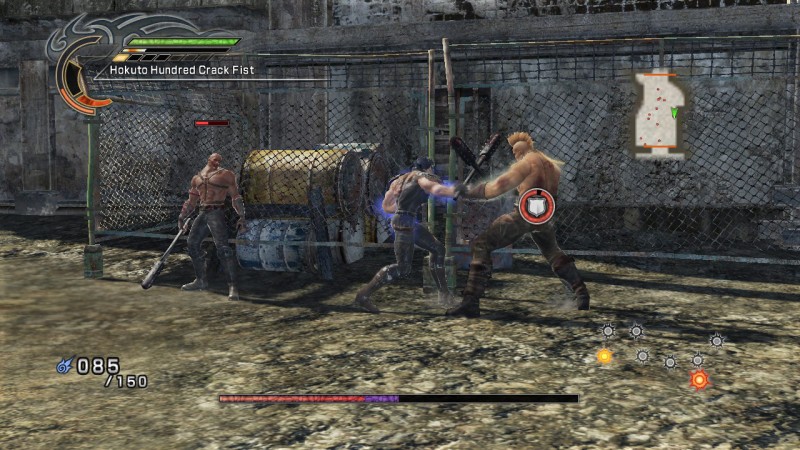 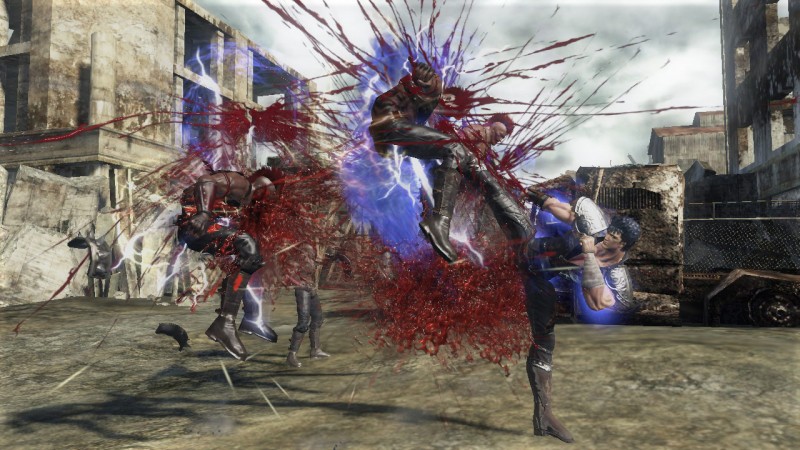 Ken’s Rage is the kind of throwback that should have me bouncing in my seat, but thanks to Koei, I may never want to see this Fist of the North Star's spiked mullets again.

Purchase More Info
4.5
i
Game Informer's Review System
Concept Take a nearly forgotten anime and give it the Dynasty Warriors treatment
Graphics Koei must have glanced at the color spectrum and decided to stick with brown. Most of the backgrounds look like they were hit by the apocalypse
Sound The game allows you to listen to the original Japanese voiceovers, which is great because I immediately wanted to mute the English ones
Playability The generic combo system requires no skill, and some of the platforming sequences need fine-tuning
Entertainment The linear levels don’t pose much of a challenge, and the boss battles are so frustrating you’ll want to rip out your hair
Replay Low 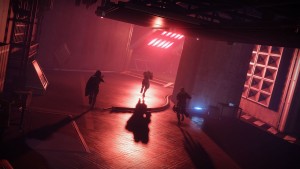