Every numbered entry in the Final Fantasy series starts fresh with new characters and mechanics. That’s standard, but when Final Fantasy XII released in 2006, it went even further to establish an identity separate from its predecessors. Its real-time combat system and MMO-style world are unique, and Final Fantasy XII: The Zodiac Age highlights what makes this game special. With major improvements to progression and combat, Square Enix’s remaster reinvigorates the best parts of Final Fantasy XII while leaving the basic experience intact.

Everything that was good about Final Fantasy XII is still good in The Zodiac Age. The cast remains one of the best ensembles in the entire series, and I enjoy fiddling with the Gambit system, which allows you to automate your party members’ behavior using a variety of conditions and commands. The foundation is the same, but the whole package has received a nice performance overhaul, with crisp visuals and a smooth framerate that makes everything look great.

Despite the improved visuals, a revamped job system is The Zodiac Age’s crown jewel. The sprawling license board of the original version frustrated me; it offered many possible ways to build your characters’ skills, but obscured that potential and made it difficult to plan your progression. That uncertainty is wiped away in The Zodiac Age; the intimidating license board is replaced by 12 smaller and more specialized job boards, and each character eventually gets to choose two of them. For example, you can have a samurai/knight, or a white mage/machinist. I love how this produces distinct roles in combat and encourages you to use different characters, but also prevents any character from being railroaded into one path.

Even though your party’s progression is more directed, you still have a lot of room for optimization. For instance, I agonized over picking my black mage’s second class; going with time mage would pair well on the magic stats, but archer would allow me to deal damage consistently without casting spells. You can even get deep in the weeds and assess bonuses you eventually earn for unlocking specific Espers on certain job boards, but that level of obsession is far from necessary. Unlike the original version of Final Fantasy XII, I was always able to spend my license points with confidence in The Zodiac Age, and was generally pleased with the results.

These improvements ripple out into combat, making battle even more satisfying. Though the basic gameplay is the same, the job system forces you to devise more interesting strategies. You can’t just buy an ice shield for everyone to use in a fight with a fire-breathing monster. Some classes don’t have that license available, so you need to take a closer look at the abilities on your boards, tinker with your Gambit combinations, and find more interesting paths to victory. Maybe you lean on inflicting debuffs, sticking to ranged combat, or using the trusty tank/healer/DPS setup. Not every combination works for every scenario, so you need to switch characters and experiment, making fights feel more dynamic than before.

Apart from the original license grid, my biggest complaint about Final Fantasy XII when it first released was the structure of the world. Unfortunately, that has only become a bigger problem with time. The large, barren zones feel pulled from an ancient MMORPG in which square footage is more important than content. Plus, the guidance you have is often vague, making it easy to wander through areas trying to reach an unclear objective.

The world may feel a bit bloated, but I appreciate how the new fast-forward button can make long journeys go quicker, since it runs all of the exploration and combat at high speed. Plus, I wasn’t spending as much time grinding in certain areas, since the overall challenge of the game feels more forgiving. Some battles that frustrated me on the PS2 were much less troublesome here, due mainly to tweaks to the job system, spell areas, and MP/Quickening decoupling. That isn’t to say The Zodiac Age is easy; you still need to be smart with Gambits (especially when it comes to status effects), and even more so if you plan to tackle difficult hunt quests. However, the new autosave feature prevents you from losing too much progress if a battle goes south.

Final Fantasy XII: The Zodiac Age is a remaster done right. The core content remains the same, but the changes in various systems add a new layer of discovery. This means old fans can still relive the journey, while new players (or those who had issues with old mechanics) don’t feel trapped in an outdated adventure. Not every facet of the game has aged well, but the clever combat and fantastic cast earns this entry its status as classic RPG, and The Zodiac Age is the best way to play it. 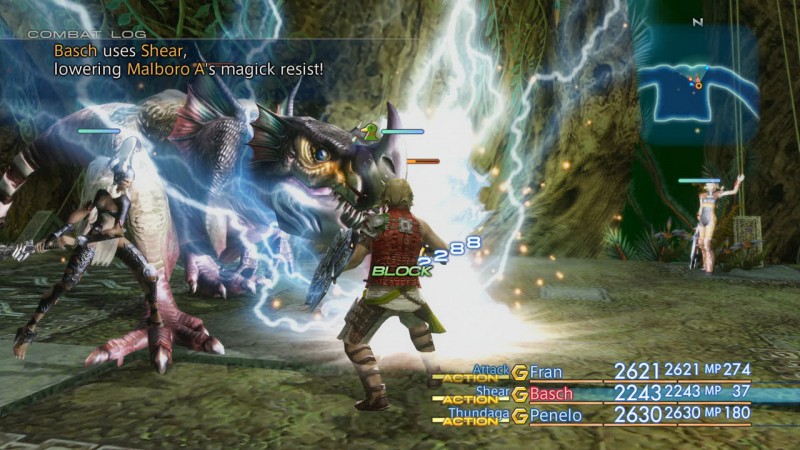 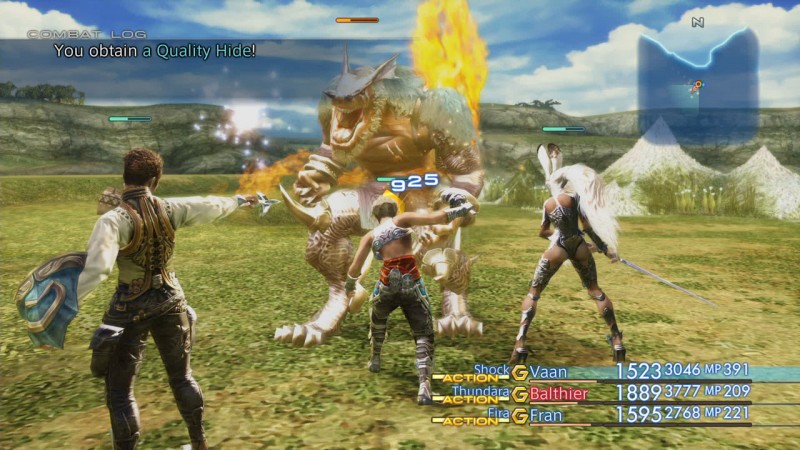 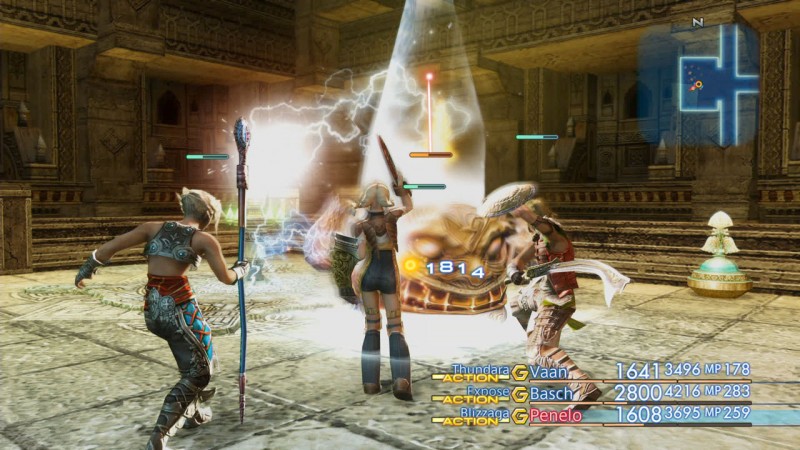 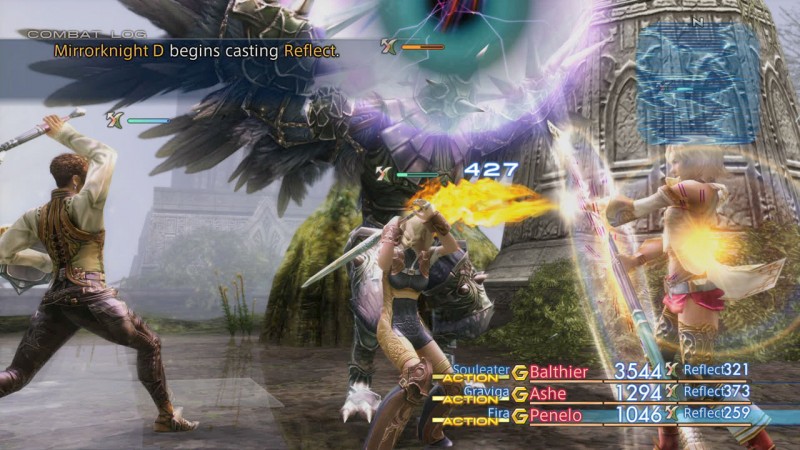 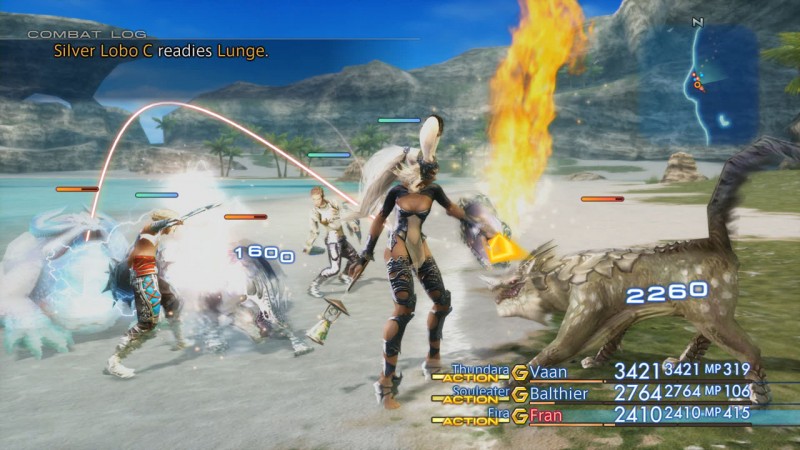 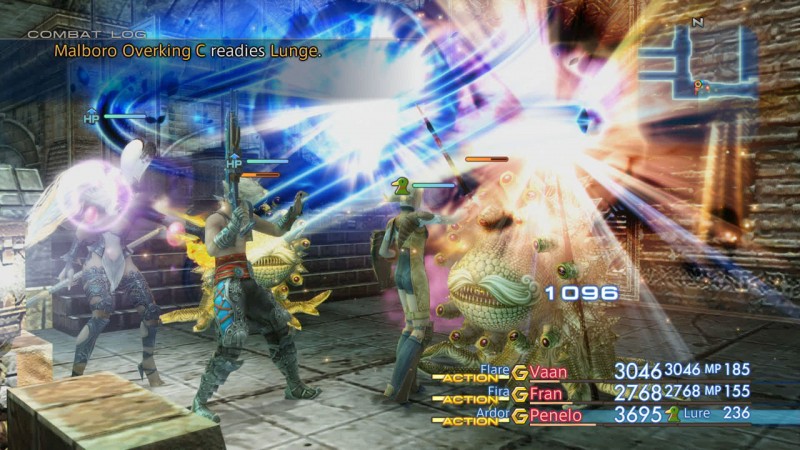 9
About Game Informer's review system
Concept
Remaster Final Fantasy XII and make it easier for fans new and old to experience what the game does best
Graphics
Improved visuals and performance make this game look even better than you remember
Sound
Excellent voice performances help the characters come alive, and the grand soundtrack fits the tone well
Playability
Instead of one huge license board, you earn new abilities through more focused and streamlined job boards. The Gambit system is still overwhelming at first, but learning its intricacies pays off
Entertainment
Though the story is too wrapped up in political intrigue, the cast and combat are enough to make this a memorable journey
Replay
Moderately High 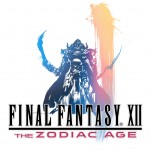