Many iconic game franchises have found success by returning to their old-school roots. The latest side-scrolling outings for Mario and Luigi are hits, fans love the NES-inspired aesthetic of Mega Man 9 and 10, and the 2D Metroid titles on GBA are among Samus’ most acclaimed missions. Tapping into classic sensibilities can revitalize a long-running series, a fact that Square Enix was counting on for Final Fantasy Dimensions. Unlike its peers, the simpler style of Dimensions does not ignite the same fond flames of nostalgia.

The cool visuals call to mind the 16-bit Final Fantasy entries, but the story and the characters are too hollow to elevate the experience above the average. The plot is a parade of familiar themes and archetypes, but feels more like laziness than an homage to RPG traditions. Perhaps no game can ever recapture the same sense of playing those old games for the first time, but the narrative here falls completely flat. The job system is the source of the majority of Dimensions’ entertainment value. If you’ve played Final Fantasy III or V, the mechanic won’t be surprising, but that doesn’t make it any less addictive. Crafting your party’s abilities by juggling jobs and experimenting with different combinations keeps combat flexible, and provides incentive to finish off whatever dungeon or quest you’re on. As a big fan of the SNES Final Fantasies, I was also glad to see lots of enemies inspired by the series’ 16-bit designs, and the battle system uses the tried-and-true approach of that era.

Amid all of the familiar aspects of this title, the exclusive use of touch-screen controls is one of the few new aspects. They take some getting used to, especially since none of the three configuration options are ideal. The interface occasionally results in selecting the wrong target or taking extra steps (and therefore fighting extra random battles), but outside of these minor annoyances, it works decently.

Despite the fun job sytem and classic vibe to the combat, Dimensions seems like it was set up to fail. It released to little fanfare at a prohibitive price point for mobile games (the whole package costs $30), with the added penalty of an episodic structure similar to the one used in the disappointing Final Fantasy IV: The After Years on WiiWare. These factors are independent of the fact that Dimensions is a passable role-playing game, but they contribute to its underwhelming impression.

Dimensions has the key components that comprise a classic Final Fantasy game, like crystals, airships, and chocobos. But without the spark to bring all those pieces to life, it feels more like an inert imitation than a return to the glory days. 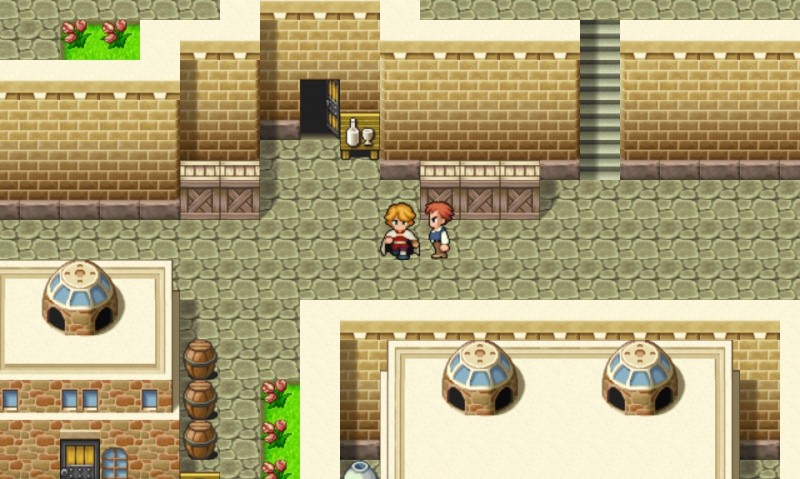 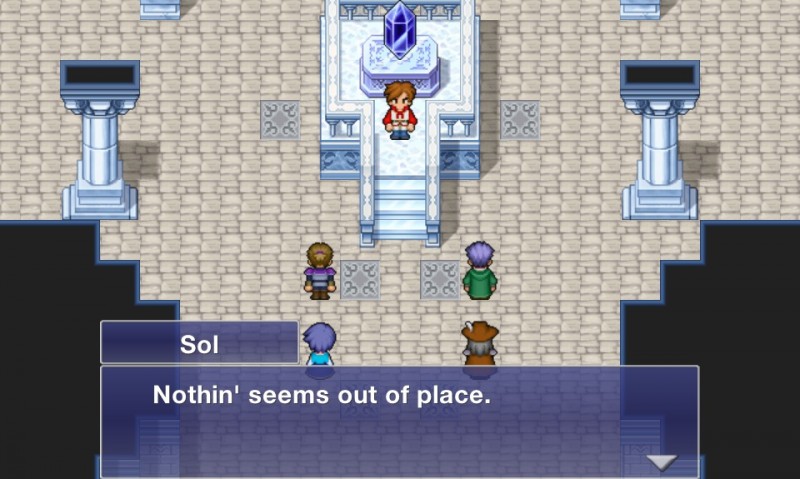 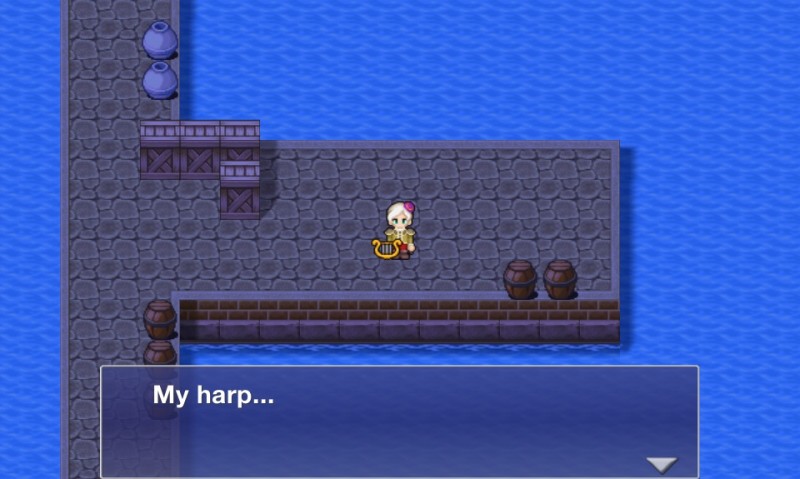 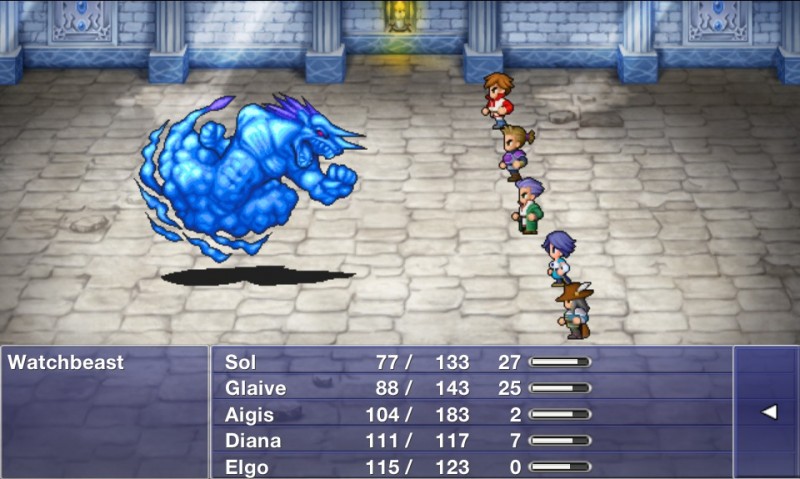 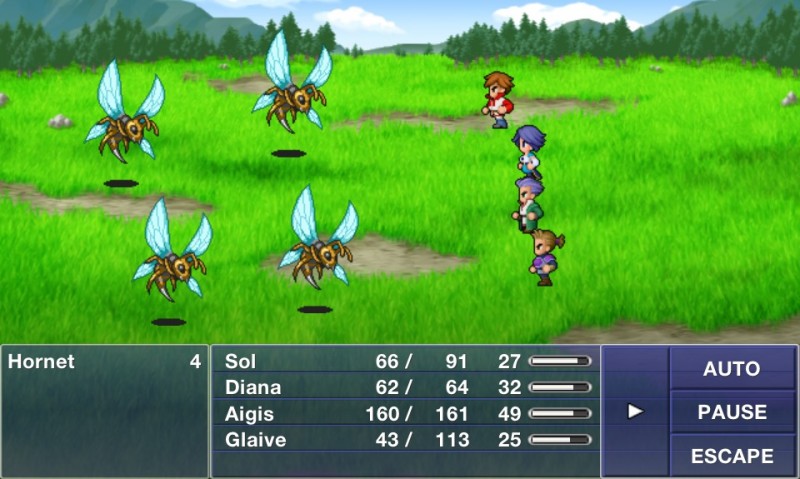 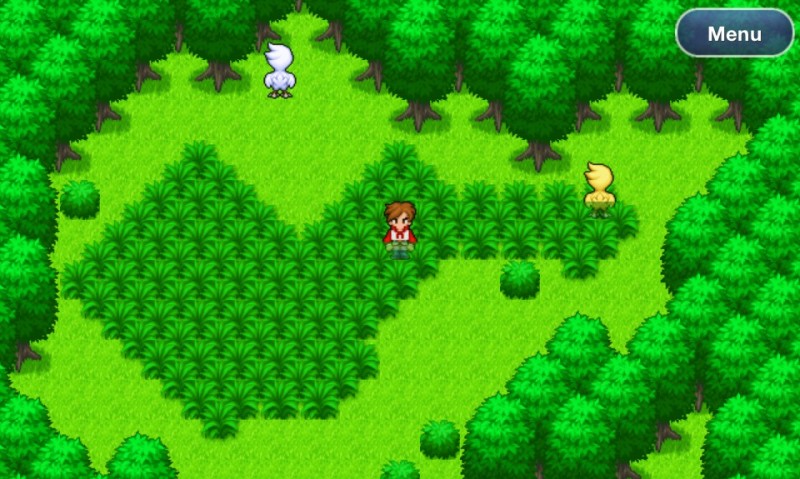 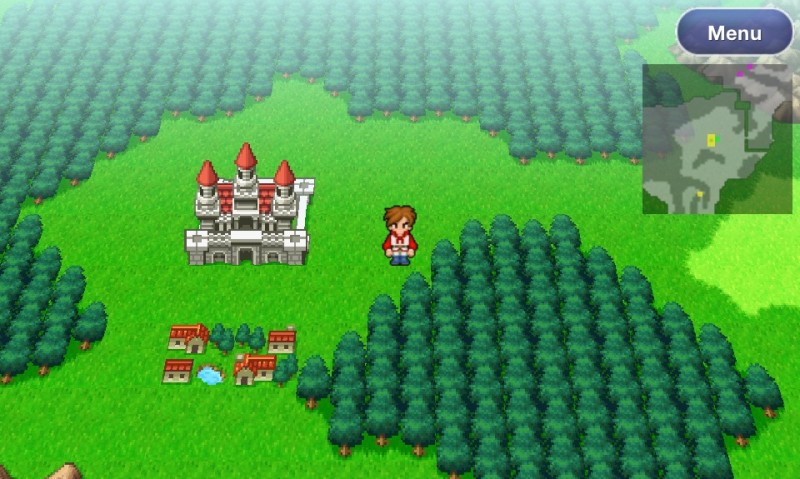 7.5
About Game Informer's review system
Concept
Bring a new Final Fantasy to iOS, but use classic entries as inspiration
Graphics
The environments and sprites might fool you into thinking you’re playing recently discovered gem from the 16-bit era
Sound
The soundtrack doesn’t strike the same chord as the classic installments, but it does its job
Playability
Moving and selecting targets usually works, but I still miss the gamepad. The enemy encounter rate is extremely high
Entertainment
Combat is fun, and the job system is addictive. Too bad about the story, though
Replay
Moderate