A Dramatic Finish In a Fight to the Top
by Matthew Kato on Feb 23, 2011 at 02:00 AM
Publisher: EA Sports
Developer: EA Canada
Rating: Mature
Reviewed on: PlayStation 3
Also on: Xbox 360 I suspect that although most people don’t consider themselves boxing fans, the sport resonates with us because it’s been delivered successfully via a story – whether that’s Rocky, Raging Bull, or even Mike Tyson’s Punch-Out!!. Therefore, the Fight Night franchise is the perfect place to do something gamers have wanted for years – create more drama in sports games. Champion mode’s tale of Andre Bishop and the characters that surround him is an excellent blend of gameplay and writing, with each one complementing the other to produce a step forward for the genre.

You can’t win a fight with just one kind of punch, and Champion mode throws enough effective combos to be a formidable fighter. The voice actors convey the story well, and their characters are rendered with enough detail and subtlety to convey emotion and drama. For a video game to deliver on all these fronts is a minor miracle by itself, but part of what helps the mode work so well is that it’s not just a string of regular matches bookended by cutscenes. EA Canada tweaks gameplay perimeters of certain bouts in Champion mode to mix things up. Sometimes your goal is only to survive for a few rounds, or maybe you have to KO an opponent instead of winning by decision. The reasons behind these staged situations vary. Sometimes it’s to teach you about the gameplay, but usually it’s to serve the arc of the story – whose flashbacks, colorful characters, and occasional surprises work well because they are handled deftly enough to be believable within the story as well as the gameplay.

Fight Night Champion is almost two games in one, because the Champion mode doesn’t take away anything from the core Legacy mode from past games. The revamped career mode features an updated training regime and pre-fight scheduling. Like in the ring, survival and success is a matter of managing your stamina. Cash-generating sponsorship events, marketing opportunities for increasing your fighter’s popularity, pre-fight training, and even injuries must be managed in the days and weeks leading up to your next fight. Pack your schedule with too many activities, and you might enter your next bout with the tank half-empty.

I liked the scheduling aspect of Legacy mode, but the training and subsequent XP allocation is confusing. Different training camps around the globe bump up your physical attributes in pre-determined ways, but individual training minigames do not. While this means you don’t have to do minigames you don’t like, it also undercuts a reason for having different ones in the first place. Similarly, you can assign the XP you get throughout the mode to a range of specific offensive, defensive, and health-related skills (like a left upper cut to the head), but you can’t inflict certain damage states (critical stun, flash knockdown, etc.) until you reach appropriate skill thresholds. While I agree that you aren’t going to be flash KO-ing opponents from the start, having to meet these minimum levels means that early on regular knockouts are hard to come by, which isn’t very realistic.

With such impressive game modes, it’s easy to overlook the improvements to the already great gameplay. EA streamlined the controls for punches, dodges, and blocks without compromising the game’s overall strategy – which now takes stamina into account better. Although your control inputs are often faithfully replicated onscreen, I am surprised how many times weaker miss-hits (where a boxer’s arm wouldn’t fully extend) register as powerful punches capable of knocking someone out. I can’t figure out the rhyme or reason behind the flash knockout system either, but the excellent degenerative defensive system is a solid improvement.

With online gyms comprised of your friends, smart gameplay changes, and improvements to Legacy mode, Fight Night Champion is more than your usual collection of modest EA Sports improvements. Some areas shine brighter than others, but the developer’s inspired Champion mode is the star feature that must be experienced. 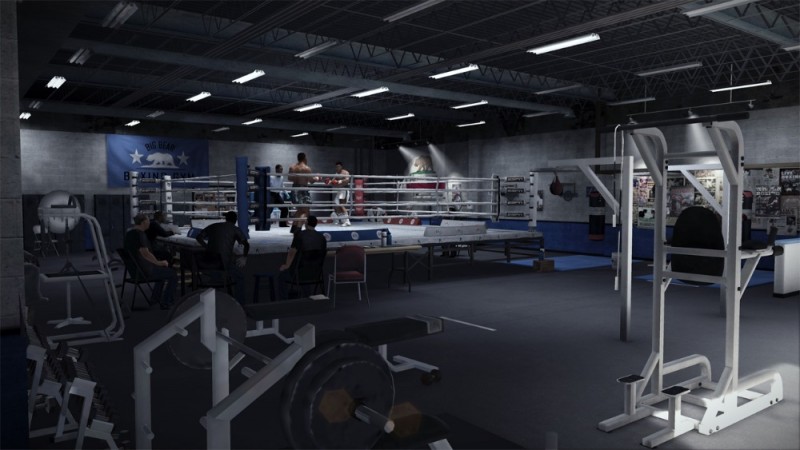 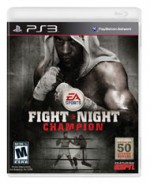 The new Fight Night offers both an improved career mode and a must-play story mode.

Purchase More Info
9
i
Game Informer's Review System
Concept Introduce a new story mode as well as improvements in the controls and other areas
Graphics Nuances in the facial animations for the characters in Champion mode bring home the drama
Sound The voice work for Champion mode is well done, and the announcers do an awesome job conveying story points, strategy, and the suspense of the fight
Playability The simplified controls are awesome to work with and don’t dumb down the game at all
Entertainment Fight Night Champion connects with its story mode, even if a few punches miss
Replay High