Real-life soccer players act out their own destinies on the pitch with each passing minute, but that's trickier in video games. FIFA 17's new mode, The Journey, has no shortage of inspirations; every match and season is full of them. But The Journey is in an ambiguous position: It gives the illusion that you're directing the tale of Alex Hunter, but you're neither in control enough of Hunter to take ownership of him, and the story of the mode itself can struggle to synch up to his actions. Despite this, The Journey has memorable moments and is an admirable first step worth experiencing alongside the series' customary modes and improving gameplay.

The Journey is an elaborate wrapper for the traditional Be a Pro mode, using the match rating feature to assess Hunter's performance based on the quality of his passes, shots, and positioning. This increases his abilities (along with his results in training sessions) and determines whether he's among the starting 11 each week. Hunter experiences the ups and downs as a young phenom in the English Premier League, and we get a glimpse of his personal life.

The mode is at its best when it captures Hunter's awe of the situation, such as signing with his favorite club from his childhood (which you choose). Like Hunter, I geeked out at seeing current first-teamers in the background and soaked up the occasion. The solid voice acting and character models add to these moments, as do settings like Hunter's childhood bedroom. Developer EA Vancouver smartly kept the story mainly confined to the world of soccer; it takes some detours into Hunter's family life, but they are only okay.

While the story is solid, I wanted more from FIFA's boasted advantage: licenses. Managers are mute and rarely seen, and you see little flavor from the club you're at, like its history, status in the standings, the supporters, and the players around you. It's Hunter's journey through a season with the club, but apart from the kit he's wearing and a few fictitious players he interacts with, it feels isolated from the supposed grandeur of the self-proclaimed best league in the world.

Part of this incongruity comes from the conversation system and process of training and playing in matches to upgrade Hunter's skills. Some events of the story are told no matter what Hunter does, and while I respect that the narrative needs to take precedence, it's inconsistent and sometimes frustrating to do well in training and in games, for instance, and not be treated according to -those -achievements.

You can play games in the mode either as the whole team, or locked to just Hunter. Playing as the team doesn't produce the satisfaction of being the character of Alex Hunter. However, player-locking to Hunter makes you more reliant on your A.I. teammates, whom you can command to pass, shoot, etc. They do alright in some situations, but they simply don't have the nous to avoid tactical dead ends, and sometimes even pass on a clear chance on goal. The grading system is also inconsistent and unable to understand that even a good first decision can eventually lead to a poor outcome.

Apart from The Journey, the series' usual offering of modes has some slight new wrinkles. Squad Building in Ultimate Team is like Madden's sets: Trade in cards to complete collections for payouts. Meeting the prerequisites is a puzzle that can be solved multiple ways.

Career mode includes more season objectives (financial, youth prospects, competitions, etc.), and thankfully not meeting them doesn't always mean instant termination – an improvement from last year. Unfortunately, one aspect of FIFA that is too similar to FIFA 16 is the women's national teams. Norway and the Netherlands are now in, but otherwise the popular feature is static.

FIFA's gameplay is on the ascent, but still has some frustrating moments where outcomes are predetermined despite your inputs, as well as occasionally dodgy passes and overpowered keepers. However, the control of your first touch and the increased physical play are assets. The latter is useful whether shielding the ball from an opponent (or vice versa) or trying not to be bossed around on corners.

The Journey isn't the be-all-end-all of FIFA 17. It's a good start that adds to the game despite its flaws, while the title is anchored by the overall gameplay and other modes. Solving the riddle of how to blend player agency seamlessly with a well-crafted story remains a tantalizing prize, one that will pay off handsomely when attained.

This review pertains to the PS4 and Xbox One versions of the game. It is also available on PS3, 360, and PC. The Journey is not in the last-gen versions. 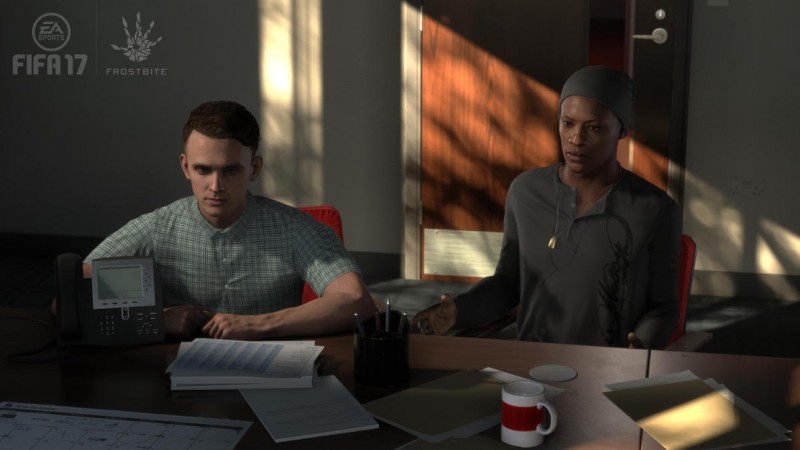 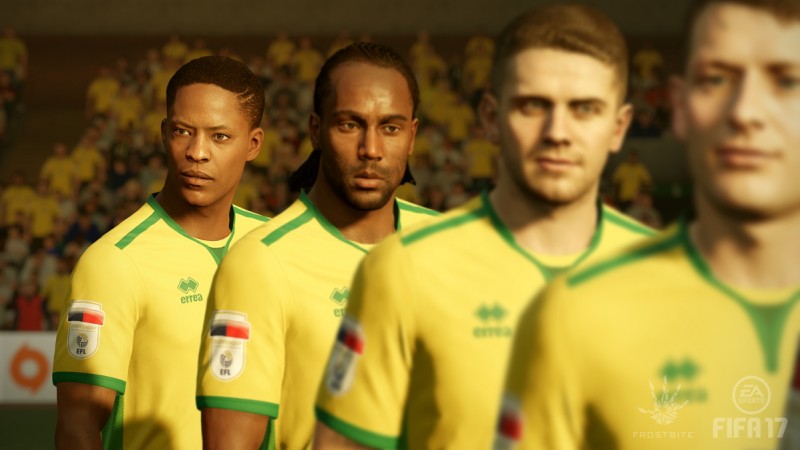 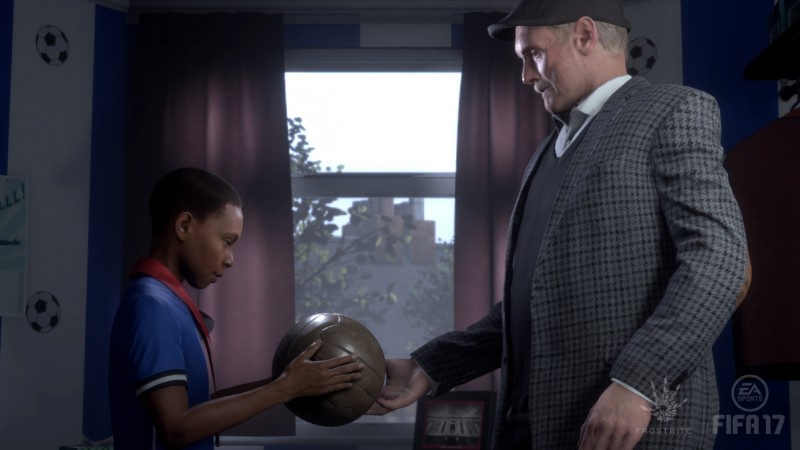 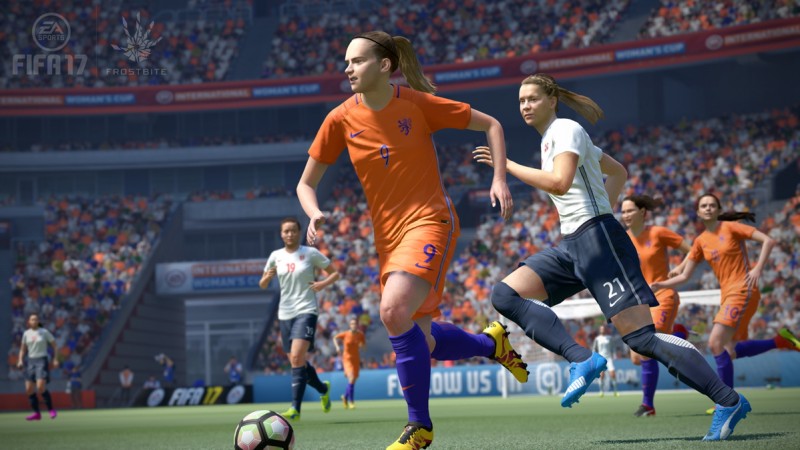 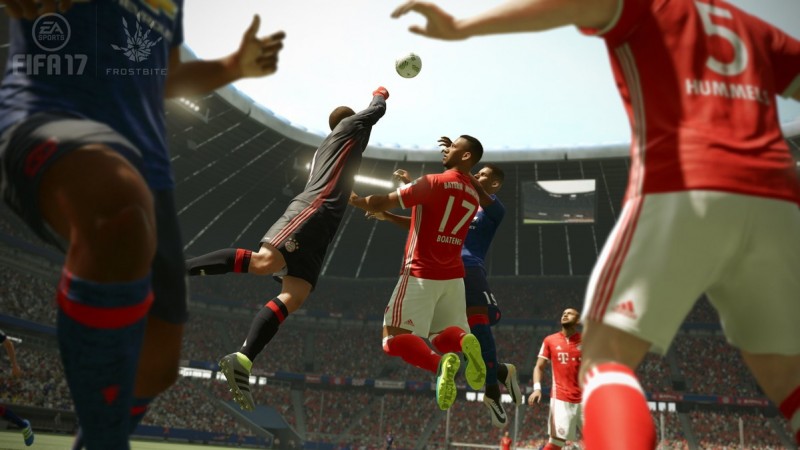 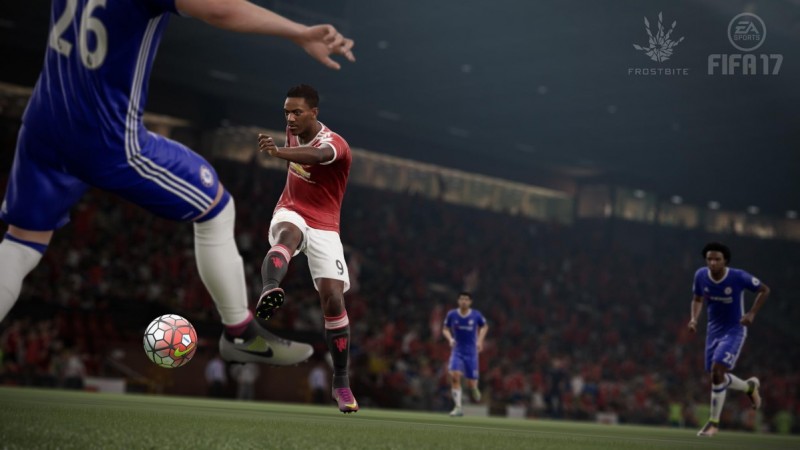 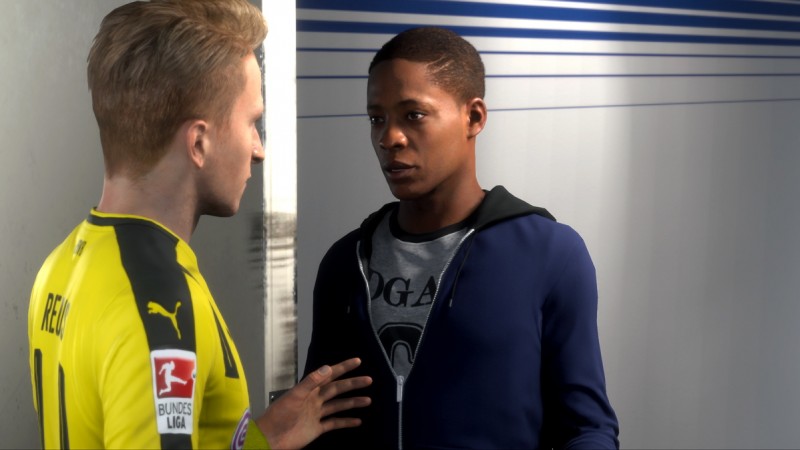 8.75
About Game Informer's review system
Concept
Introduce The Journey story mode within the natural gameplay experience while retaining the rest of the traditional modes
Graphics
The player heads look really good, but they are inconsistent in conveying the character’s emotions in the story mode
Sound
The voice actors do well, especially Hunter and his grandfather. Despite real-life managers appearing in the game, they are unfortunately mute
Playability
The Journey can be played by player switching through the whole team or by being player-locked only on Hunter. Either way, the new physicality initiated by depressing the left trigger comes through
Entertainment
Whether you’re interested in the new story mode or not, the bevy of modes and slightly improved gameplay means FIFA 17 has something for everyone
Replay
Moderately High 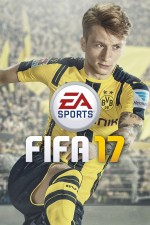