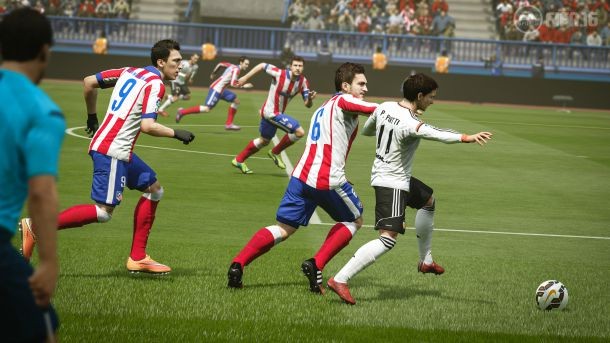 In the English Premier League in particular, it's hard to stay on top for back-to-back championships – as Chelsea is finding out this year, and Manchester City can attest to last season. How do you replicate that success and avoid a letdown? FIFA finds itself in the same situation, now with improved competition from Pro Evolution Soccer. FIFA 16's answer to this problem isn't in a game-changing new feature, but demanding that you do better.

Like playing against a side that parks the bus, FIFA 16 challenges you to orchestrate your attack and execute it with skill. Getting through the midfield is tougher than last year. Although the new driven pass is useful in putting some pace on the ball, it's risk/reward because while your pass can be zipped into tight spaces, your teammate may bobble it. Defenses are smart about surrounding teammates in good areas in the midfield, so you have to carefully (and quickly) assess when you have the chance to effectively use this driven pass. A.I. teams also do well by getting out of your high press better, passing out of the back effectively and switching sides.

On the flip side, playing defense also requires a disciplined mind. The A.I. speeds down the flanks, often kicking and running onto the ball to try and blow by your backs. I had to take better angles and carefully initiate tackles, even small ones, otherwise I'd be left standing. Thankfully, A.I. centerbacks often step up, challenge, and cut out passes. When it was crunch time around the edge of the box, my defenders would stick out a leg to deflect balls.

Whether on offense or defense, I had to recalibrate my approach to the gameplay, employing new defensive strategies to either avoid pulling myself out of position or to keep my forwards properly pressing defenders and not let them start an easy attack. But it is so satisfying when a disciplined approach leads to positive results. On offense, clear-cut through ball chances are fewer, and I learned to build up the play, win some one-on-ones with the new no-touch feint control (which feels good), and string together some insightful passes to create mismatches. Finishes are often satisfying, and the series continues to produce different kinds of goals and situations around the net.

As much as I feel my team's hard work paid off, I wish the gameplay did better in some areas. The recovery time for a missed tackle or wrong step is too long, the defensive-press command button to call in teammates is not nearly aggressive enough, and jostling can be a little slippery, with your player not really affecting the dribbler. However, jostling is improved from years past, when the command acts like a magnet. The physics also produce fewer weird body flops. Finally, there are some odd moments like when a shot dribbles off your foot or players have trouble detecting and picking up the ball.

The contributions of two of the more heralded additions – the career mode's training component and Ultimate Team's draft mode – are not clear-cut winners. The training is great because you progress your players in the areas of your choice through the season, and it's been a long time coming, but it becomes a drag because you can't automate which players you want to do what. Therefore, it becomes a chore to set up every week. Thankfully, if you don't use it, your players still progress.

I also think the new draft mode could be improved with less of a barrier to entry. The first try is free, but the next one costs 15,000 coins, which only comes quickly if you sell some good cards on the transfer market. Granted, even if you lose your first match you're going to get some nice FUT packs for your regular squad, but this is a missed opportunity to make FUT Draft easy to enter and keep playing repeatedly like Madden's Draft Champions. Nevertheless, I like FUT Draft's strategy component. It's nerve-wracking trying to get your chemistry right, and I've often had a bench player totally upend my planning, like when Messi came up late in the draft. But, that's the fun challenge of the mode.

I had a lot of fun playing with the women's national teams, but it's limited to a one-off tourney. Regardless, developer EA Canada's creation of new player models pays off in how the players feel and move on the pitch, which helps it feel unique.

FIFA 16 isn't going to blow you away with any single feature. Instead, it falls back on its strong gameplay to provide a fresh experience.

This game was reviewed on the PlayStation 4 and Xbox One. It's also available on PC and the last-gen systems.

For more on the game, check out the Three Things You Have To Do in the game. 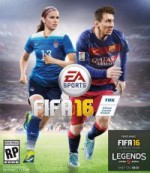 FIFA 16 isn't going to blow you away with any single feature. Instead, it falls back on its strong gameplay to provide a fresh experience.

Purchase More Info
8.75
i
Game Informer's Review System
Concept Improved A.I. for teammates and opponents adds more challenge and fun
Graphics Not much has changed, but that still makes this a great-looking title. Being able to play on an overcast or foggy day is a nice option. There are also two kinds of rain
Sound The announcers talking about league-wide transfers during your match is a nice touch
Playability The no-touch dribble feints feel nice, letting you do quick fakes without having to go to the right analog stick
Entertainment The evolved gameplay keeps you coming back more than any specific new feature
Replay Moderately High