Crytek, the developer behind the hit hardcore FPS series Crysis and Far Cry, has officially entered the mobile gaming market. Don’t let the scary name fool you, however; Fibble – Flick ‘n’ Roll doesn’t feature active camouflage or semi-automatic weapons with realistic jamming. This light-hearted, physics-based puzzler is a pick-up-and-play game in the vein of Angry Birds and Cut the Rope. The developer combines its trademark visual polish with puzzle-infused, Marble Madness-like gameplay.

Players control an adorable little orange alien named Fibble as he attempts to reassemble his spaceship after crash landing in a family’s home. The story is presented in whimsical vignettes that show off Crytek’s knack for squeezing the most graphical oomph possible out of hardware. I loved watching Fibble greet other stranded extraterrestrials with a sickeningly sweet hug. Kids will love the Dreamworks-quality cutscenes, and everyone else will have trouble fighting a smile.

Fibble teams up with assorted aliens as players flick the little critter through a series of puzzling courses. You plot Fibble’s trajectory by touching the iPhone/iPad screen and dragging your finger in the opposite direction, winding up the critter for a big roll. The spherical Fibble then relies on momentum and several expertly placed speed boosts to hurtle him towards the goal, collecting coins and stars along the way. When Fibble runs out of steam, players can tilt their device to nudge him in the right direction. The basic controls feel intuitive and reliable. If you’ve played any other iPhone games of this ilk, you’ll definitely come into Fibble with the necessary skills to make it to the end.

Things get a little more complicated and a lot more interesting as new alien friends are introduced with each level. Fibble’s buddies can launch him through the air, spin him around in circles, give him a speed boost, or toss him long distances after swinging like a pendulum. Activating these useful moves is as simple as tapping the touchscreen as Fibble rolls past them. Make sure to give the screen a good firm tap, because several times I found myself whizzing past an alien pal that I wanted to give me a speed boost or send me sailing up to a high ledge. Predetermined spots in each level designate where these alien friends can be placed, allowing you to experiment with several configurations. Simply making it to the goal is usually quite obvious, but collecting all the stars and keys (used to unlock bonus stages), requires lots of trial and error and playing around with your options. Being able to arrange the pieces of the level however I see fit offers a satisfying level of freedom and discovery not seen in simpler iPhone games.

Fibble’s jolly tone is matched by an extremely forgiving difficulty curve. Nobody is going to have trouble reaching the end of the brief journey. At the most I had to replay one of the single brief levels five or six times. However, I did find gathering all the items on trickier levels occasionally frustrating. Being a physics-based game, Fibble can take an occasional unexpected wrong turn or leap off course.

Crytek’s first iOS game is a decent 30-level romp for folks that are looking for something new and pretty to play on the go. The gameplay is straightforward and mostly reliable, and the presentation is a colorful treat to behold on iOS devices. Once you get Fibble rolling, you may find it hard to stop. Fibble is available from the App Store for $1.99 on iPhone and iPod touch, and the HD version can be downloaded for $4.99 on iPad. 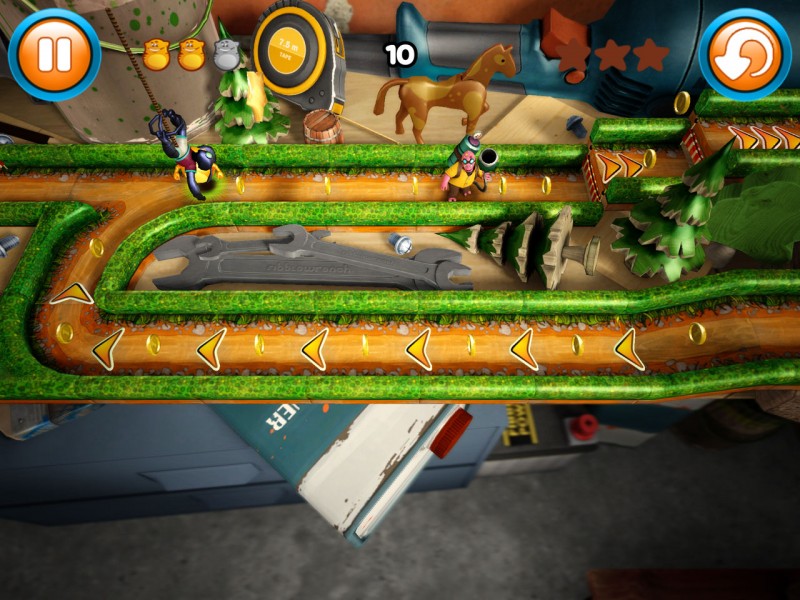 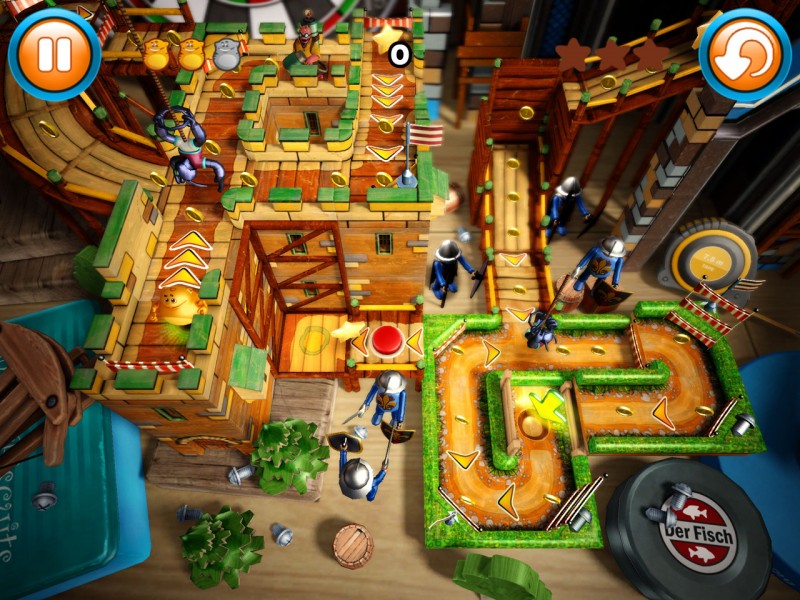 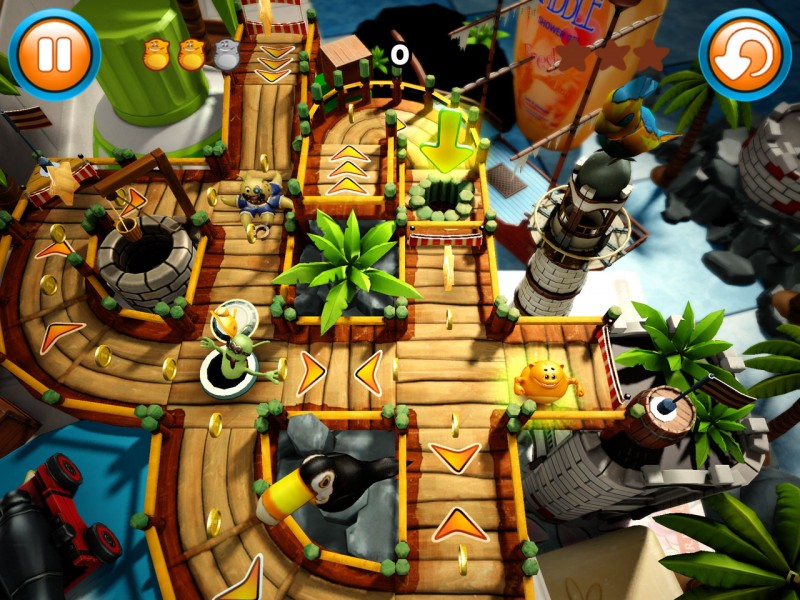 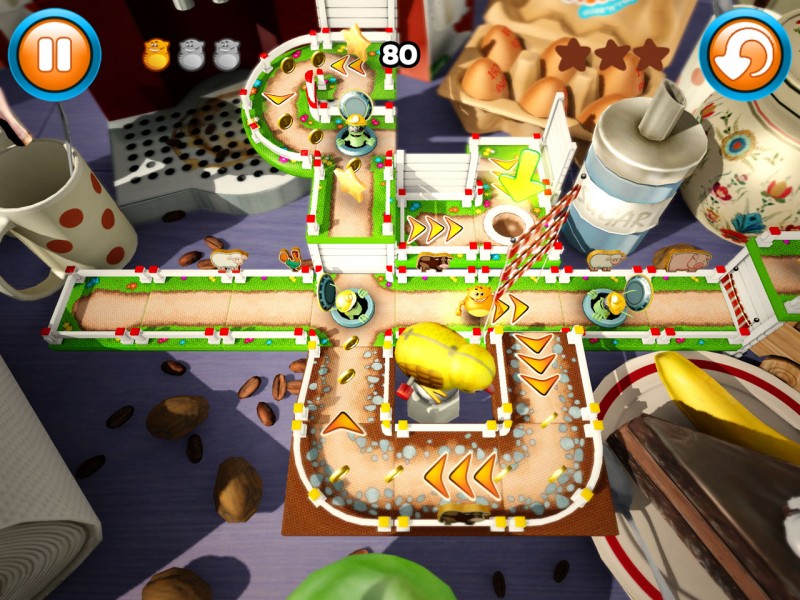 Purchase More Info
8
i
Game Informer's Review System
Concept Deliver a fun, physics-based puzzler with Crytek’s trademark visual prowess
Graphics Impressive vignettes and colorful, detailed levels combine to make one of the best-looking iPhone games around
Sound The adorable mumbling aliens and infectious tunes will put a smirk on your face
Playability Immediately playable and easy to grasp, though the occasional quick tap can go unrecognized
Entertainment A fun romp through a series of intriguing, momentum-based courses that require strategy and a little luck
Replay Moderately High