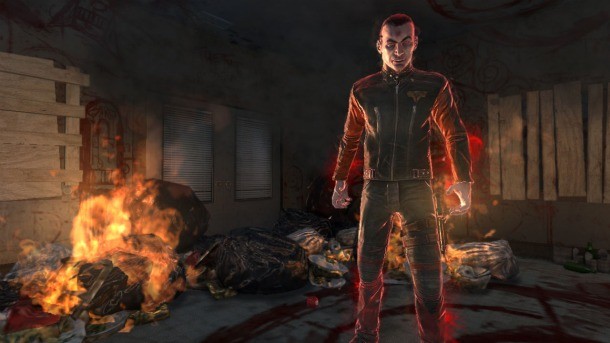 When big names like film director John Carpenter (The Thing, Halloween) and comic book writer Steve Niles (30 Days of Night) attach themselves to a project, it’s not unreasonable to expect certain degree of terror. After Warner Bros. announced the two were collaborating with Day 1 Studios to develop F.E.A.R. 3, I anticipated a game that would re-embrace the dedication to scaring the bejesus out of players that many, including myself, felt was lost in the action-heavy sequel.

F.E.A.R. 3 features many of the integral pieces necessary to deliver frights – haunting sound effects, an arresting atmosphere, and foreboding environments – yet too often the game recycles old techniques that proved scary in 2005 but do little to raise my blood pressure now. Alma’s apparition has strolled across my path so many times at this point she’s more like an annoying pest than a fearsome poltergeist.

The uninspired story does even less to make the hairs stand up on the back of your neck. At the end of Project Origin, protagonist Michael Beckett somehow impregnated the demented psychic. Now estranged brothers Point Man and Paxton Fettel have reunited, and Fettel wants the family to attend the birth of their new sibling. Before they start buying Hallmark cards, however, the brothers have some issues to work out. The primary gripe? Point Man murdered his bro in the first game.

This uneasy alliance sets the stage for the campaign, a five-hour experience best played in co-op. One user plays as Point Man, a weapons expert who can momentarily slow down time during battle. The other controls Fettel, the infinitely more interesting apparition who can suspend enemies in the air, shock them to death from afar, and inhabit enemy bodies for a short time to use their weapons. It’s a shame the abilities aren’t more balanced, because his unique skills make Fettel the clear-cut preference.

F.E.A.R. 3’s campaign is short on terror, but the satisfying action keeps it from being a complete loss. The enemies are more aggressive than typical shooters; opposing soldiers constantly trying to flank you in open spaces, the dog-like scavengers attack in packs, and cultists rush at you like hordes of brain-dead zombies. The few mech encounters in particular are menacing. These hulking machines proved surprisingly agile, making their way into areas I thought were safe.

Some levels are so poorly designed it’s hard to tell where you’re supposed to go next, but many have a memorable atmosphere. As you move through the quarantined city’s abandoned prisons, desolate suburbs, and ruined commercial districts, the bleakness of the circumstance is palpable. My favorite locations were an abandoned bulk retail outlet, where a crazed group of freaks spring from behind walls of glowing HDTVs, and the creepy suburban neighborhood, which featured candlelit homes defaced with demonic ramblings scribbled in blood on white walls.

While playing through the campaign, each player racks up points for completing specific challenges. Though the game never tells you outright, these scores determine which ending you see. If Point Man has a higher score, he becomes the dominant character in the conclusion. If Fettel wins, his decisions drive the finale. It would have been nice to know beforehand, because it may have encouraged more backstabbing and point hoarding during my playthrough, during which Reiner and I often shared the wealth.

The single player campaign may lack suspense, but the multiplayer delivers it in bulk. Day 1 Studios deserves credit forgoing the deathmatch/team deathmatch/capture the flag multiplayer mode holy trinity in favor of more colorful choices. The star mode is F---ing Run, a speed trial that tasks four players with pressing through enemies at a breakneck speed while avoiding the Wall of Death chasing them from behind. Contractions is another winner – a frantic spin-off of Call of Duty’s Zombie mode where you must scavenge for supplies in between waves of enemies. The last two modes, which revolve around possessing enemy bodies, are also a welcome change of pace. A universal ranking accrues points for your campaign and multiplayer exploits, but without a system of unlocks or rewards I wonder how long players will stick around.

In many ways, the F.E.A.R. story feels like it has run its course. Like most long-running horror series, the scares that thrilled us years ago no longer do the trick, and as I learn more about Alma’s family, the less interested I become in trudging forward. However, if you hardly pay attention to narratives and are looking for a fun multiplayer experience, F.E.A.R. 3 is worth checking out. 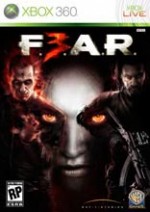 Purchase More Info
7.75
i
Game Informer's Review System
Concept Continue the twisted story of Alma and her offspring
Graphics No one will mistake this for the Frostbite 2 engine, but the graphics conjure an appropriate level of grimness
Sound Day 1 uses spooky sound effects to amplify the eerie mode, but the voice acting is still over the top
Playability The controls and combat are the strength of the experience
Entertainment If you’re looking for frights or a lengthy single-player campaign, look elsewhere. If you’re looking for unique multiplayer experience, F.E.A.R. 3 delivers
Replay Moderately High