Though far from being dead, the futuristic high-speed racer genre inhabited by games like F-Zero and Wipeout is not one that receives frequent updates. Racing is a popular genre, but the arcade middle-ground between sims and kart racers is slim these days. That’s why Fast Racing Neo is a welcome surprise for Wii U owners tired of replaying Mario Kart 8, but without much to experience outside of pure racing, its long-term engagement misses first place.

The core racing is Fast Racing Neo’s strong suit. The cars control well, and the twist of changing your car between orange and blue phases to hit boosts and jumps adds a fun layer to the racing. Cars feel distinct (though they look similar) with accelerate, max speed, and weight stats all factoring heavily into how they take turns and overtake other cars. Using the boosts triggers an impressive blur effect, making it feel like the speed has ramped up significantly.

The one place on the track where things don’t feel particularly solid is bumping other cars. They float, to be fair, but the vehicles have no strong sense of weight when colliding. They just smoosh up against one another and sometimes arbitrarily spin. When a crash is enough to destroy your car, you hit an obstacle or fly off the track, the penalty is severe. A single crash always seems to equal a sudden loss, which feels unfair.

Everything from the racers to the tracks looks great, and that’s without the “for a Wii U game” caveat. Many of the tracks have moments and designs that are memorable; Scorpio Circuit seems to take place in the desserts of Dune with giant worms populating the course sidelines, while the aptly named Storm Coast is racked with a seemingly endless rain storm that looks great in high-definition. However, some of the courses are difficult to distinguish from one another, unable to escape the generic futuristic sci-fi look.

Multiplayer functions well online and off, without a noticeable dip in performance quality. Online is pure racing with little choice regarding which tracks you drive. The number next to your name rises as you race with higher additions for placing higher in a race, but as a metric of skill it does little to show off your ability. Having a high number shows you race a lot, but doesn’t necessarily mean you race well. Other modes include harder difficulties, time attack, and a mode that only lets you move forward if you place first. I had seen and done it all after completing all 16 tracks in the first league.

Fast Neo Racing is a pretty game with solid racing and a fantastic sense of speed. It’s a sparse experience without much to engage you outside of straightforward racing, but works as a quality reminder of the high-speed sci-fi racing genre that we thought had been forgotten. 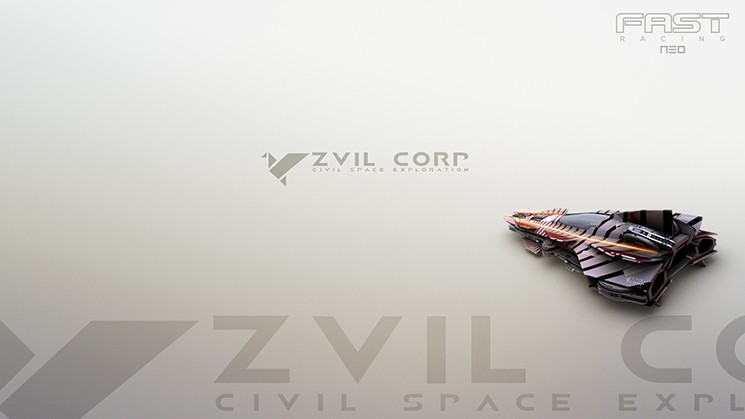 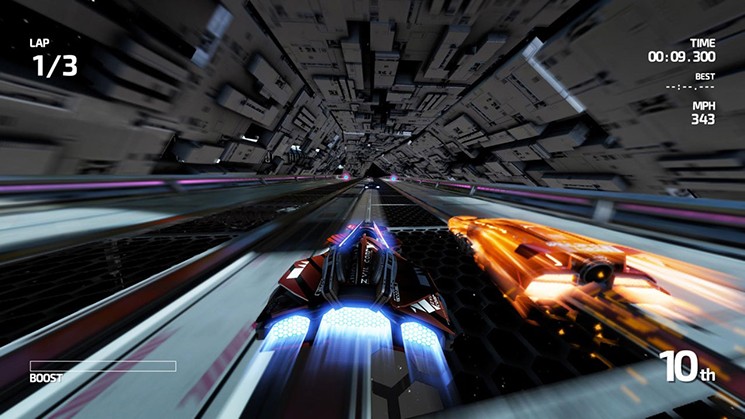 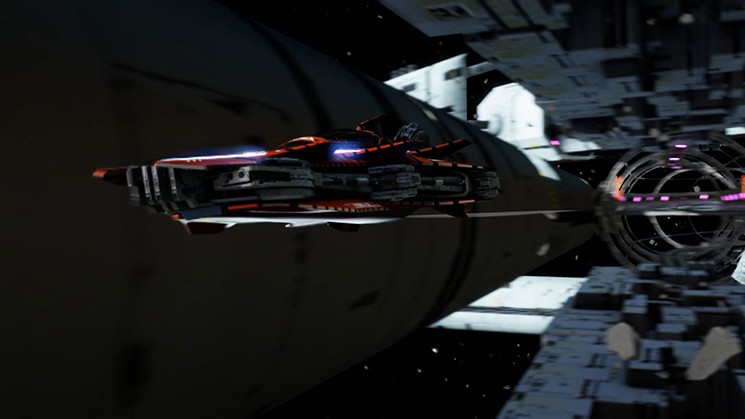 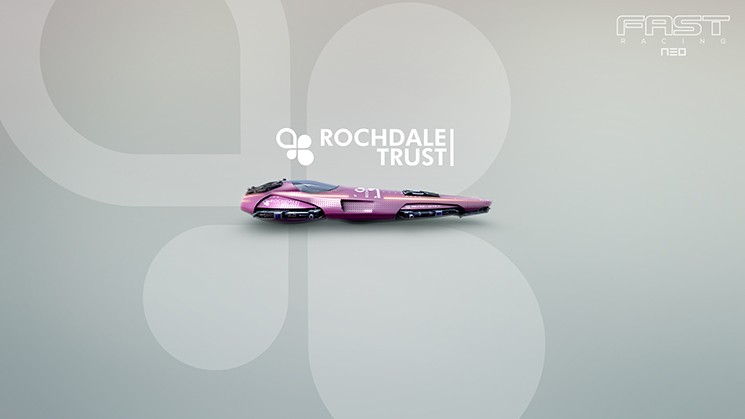 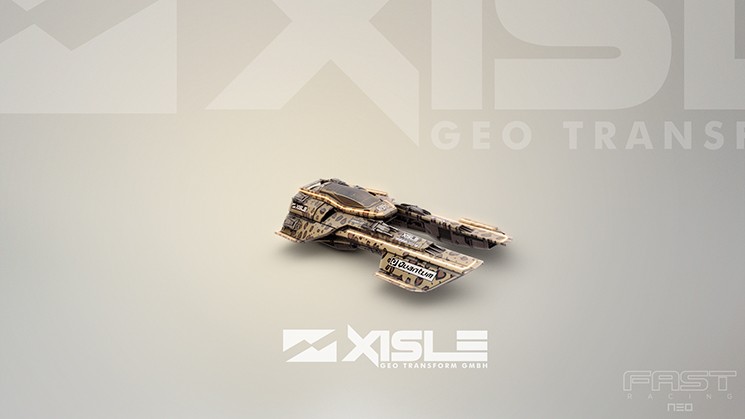 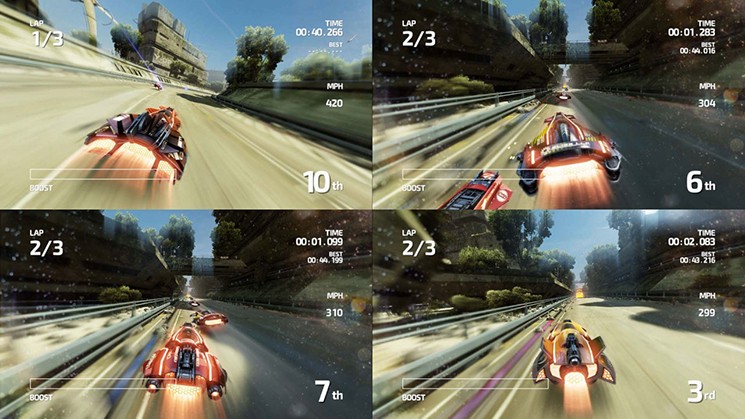 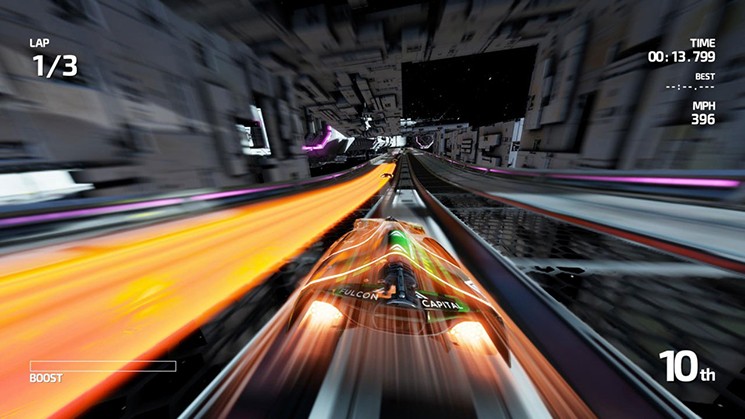 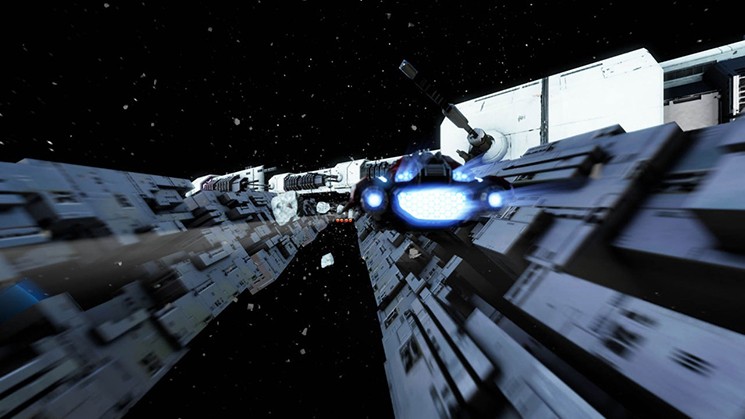 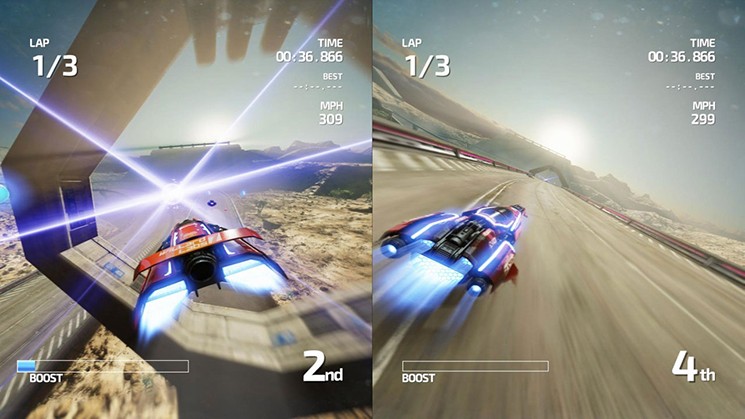 7.5
About Game Informer's review system
Concept
Bring back the the seemingly forgotten sci-fi racing genre inspired by games like F-Zero
Graphics
The tracks are varied and attractive, and the sense of speed is exciting
Sound
I would not be able to identify this generic techno music from a line-up of comparable game soundtracks
Playability
Even when blazing at incomprehensible speeds, the floating vehicles control well. Some of the car vs. car physics are wonky, though
Entertainment
The racing is fast and exciting, but a lack of activities beyond simply nabbing first place pulls the game back
Replay
Moderate