At its core, Far Cry is a series that drops players into a beautiful setting, gives them tools to survive, and then lets them loose. That’s been true whether you’re on the sands of a tropical island, hurtling down dirt roads on a jeep in Africa, or staying warm against the chill of a Himalayan snowstorm. Far Cry Primal has its own setting, but it marks the most drastic change of venues that Ubisoft Montreal has concocted so far – including the ‘80s nostalgia-play expansion for Far Cry 3, Blood Dragon. It’s a gamble that pays off, providing some of the best immersive action that the series has to offer.

You play as Takkar, a warrior who is separated from his tribe after a mammoth hunt ends in disaster. He heads to Oros, a lush and bountiful landscape where he meets a fledgling tribe of hunter-gatherers called the Wenja. They’re not alone, however, facing threats from the fire-wielding Izila and the brutish Udam. It’s up to you to tap into Takkar’s innate skills as a hunter to build the Wenja’s settlement and fend off their attackers.

The slim narrative setup works in Primal’s favor, creating an entry where, for the first time in the series, I didn’t feel guilty wandering around instead of zeroing in on rescuing my kidnapped friends or liberating a nation. You’re certainly trying to make Oros a peaceful place for your tribe to flourish, but gathering resources and hunting is as valuable to the cause thematically – and mechanically – as is mainlining the story missions.

Don’t expect any time-travel shenanigans; Takkar doesn’t stumble upon a crate filled with firearms or other highly anachronistic cheats. His arsenal is era-appropriate, consisting of upgradable clubs, spears, and bows that you craft by scouring the world for materials. It’s bound to bum out players who enjoy driving C4-laden trucks at outposts in the other Far Cry games, but I didn’t miss the comparative lack of explosive action. My favorite Far Cry moments center on the feeling of hiding in the brush, armed with a bow as I size up a cluster of enemies or a base. That’s still here, even if your arrows don’t have aluminum shafts.

Primal makes up for a lack of modern tech with Takkar’s Beast Master abilities. He can tame a wide variety of creatures, from badgers to massive cave bears, and have them fight by his side. Each has its own strengths and weaknesses, but they’re all helpful when raiding enemy camps. As you move the story along and grow your settlement, you attract new villagers who teach you how to use additional weapons like bee-filled bombs, mind-altering berserker shards, and eventually firebombs. I missed my trusty binoculars, but I learned to take advantage of my trusty owl, who could not only scout out an outpost before I hit it, but could also soften it up by dropping deadly payloads on my behalf. The series’ so-called anecdote factory is still humming right along, even if some of its more familiar machines aren’t running.

Far Cry has had its share of memorable villains over the years, such as the maniacal Vaas and the honey-tongued psychopath Pagan Min. Primal’s heavies aren’t as memorable, but Takkar’s friends make up for the lack of a singular antagonist. I saw unexpected moments of sweetness and poignancy mixed in with the skull-smashing -violence, and I loved watching my tribe grow from a couple of survivors huddled into a cave to a vibrant community teeming with music and life.

Don’t let the lack of a number fool you: This is a full Far Cry experience, with top-notch production and another massive open world to explore. The missions start to feel fairly similar after a while, usually requiring you to go to an area and grab something or kill everything. And even though you have access to a fairly robust toolbox, you can get through most of the situations by running headlong into battle, stabbing faces with your spear while your animal friend creates a diversion for you.

Still, this is the first entry in the franchise that seems to truly support the way I play these games. It always felt a little strange to be a warrior who rocks a polo shirt, and Primal lets me live out the caveman fantasies that I frankly never knew I’d been harboring.

Take a look at our Test Chamber to see an extended look at the game in action. 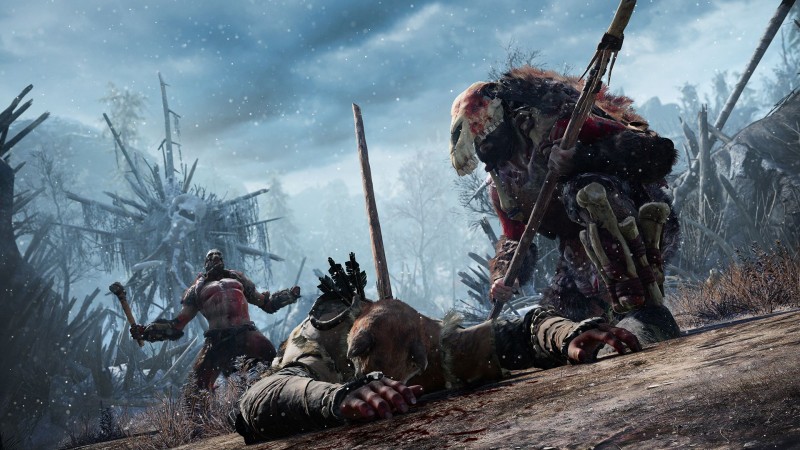 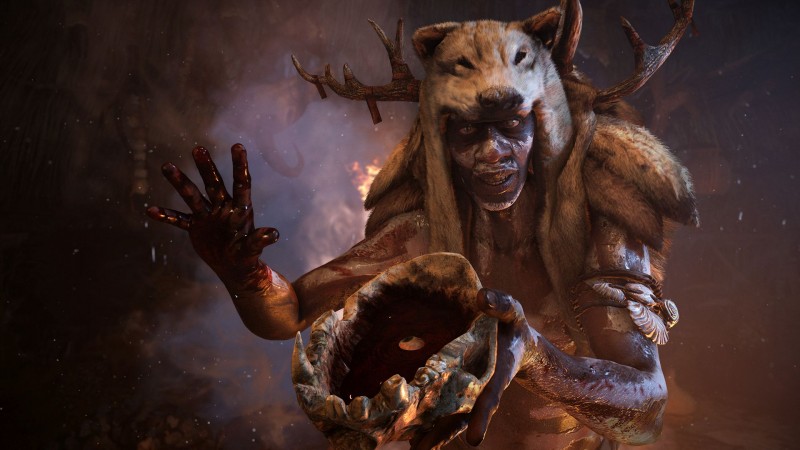 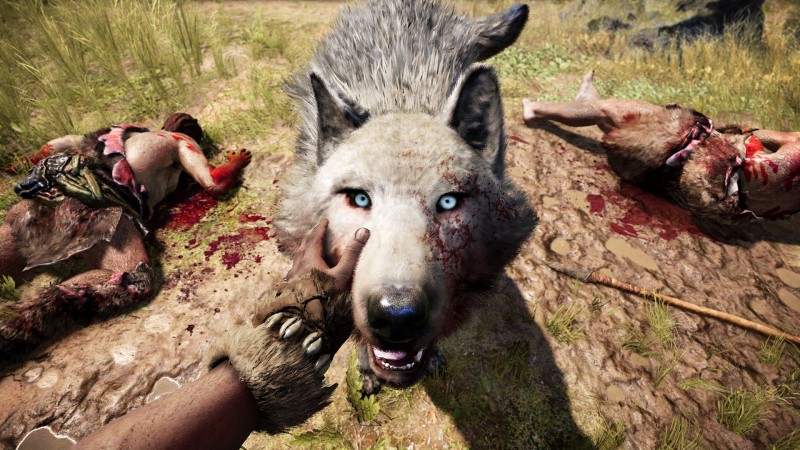 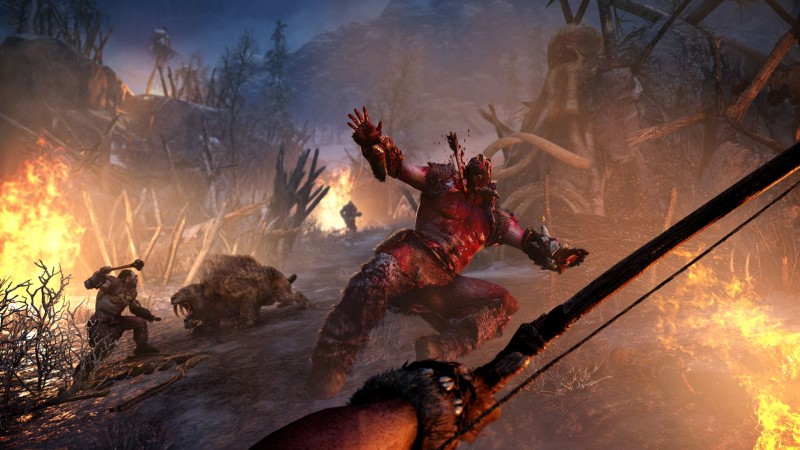 8.75
About Game Informer's review system
Concept
Take Far Cry to the Mesolithic era, swapping guns and vehicles for clubs and tamed animals
Graphics
Oros is a beautiful place to explore, and its inhabitants are impressively rendered
Sound
Ubisoft Montreal made the bold (and effective) decision to keep all the dialogue in a primitive spoken language
Playability
Controlling your hunter on foot is simple and precise, and riding a mammoth handles about as well as you’d expect
Entertainment
Players who associate Far Cry with explosions and massive gunfights might find the setting disappointing, but it’s one of my favorite entries in the series yet
Replay
Moderately high