Building A Fantasy Empire From The Ashes
by Adam Biessener on May 29, 2013 at 06:33 AM
Publisher: Stardock
Developer: Stardock
Release: May 22, 2013
Rating: Rating Pending
Reviewed on: PC Finding a long-forgotten spell in monster-infested ruins could lead to victory over the rival empires that seek to conquer the world that is rightfully yours. So could rediscovering the long-forgotten methods of blacksmithing that let your foundries churn out chainmail armor that shrugs off your enemies' primitive clubs. Learning to communicate with reclusive storm dragons and charging into battle with the powerful beasts at your side is another of dozens of ways to emerge victorious in this fantasy empire-builder. Every one is worth exploring, thanks to the skill with which Legendary Heroes is executed.

Legendary Heroes is exactly the kind of quality release that developer Stardock needs to win fans back after the disastrous 2010 release of Elemental: War of Magic. It isn't perfect, and the AI has a few glaring blind spots that are hard to forgive, but building a fantasy empire and developing superhuman heroes to lead magical and monstrous armies to victory hasn't been this fun in years. This standalone expansion-to-an-expansion directly addresses the worst issues from last year's Fallen Enchantress while also fixing dozens of lesser problems and mercilessly hacking away at tedium. The result is an undeniable improvement on an already fun game.

Rather than basing Legendary Heroes around adding new systems and content as the "expansion" moniker implies, Stardock instead chose to re-examine Fallen Enchantress from the ground up. From completely changing the way cities grow to redrawing the layout of individual battlefields, the developers have improved the game without adding more stuff to the rich set of interlocking systems. You're still growing an empire turn by turn, but the process is smoother and more fun across the board in both the strategic map and in the tactical turn-based battles.

Combat has undergone the most dramatic change, and not just because it's the flashiest part of the game. I've conquered empires and slain elemental lords with a variety of strategies, from summoned monsters screening ice-flinging mages to armored footmen grinding the enemy down through sheer endurance. Several improvements combine to take it from the largely trivial sideshow of Fallen Enchantress to a legitimately interesting tactical puzzle. Redesigned battlefields offer chokepoints that create meaningful decisions about unit placement. Abilities from weapon-specific attacks to hero-cast spells offer more interesting wild cards that are better-balanced than before. Rebalanced attack/defense values and the swarm mechanic (which gives bonuses for surrounding your enemies) make it nearly impossible for a few heavily armored units to slaughter entire armies without taking losses, which was a serious problem in the last game. The ground-up reworking of units, weapons, armor, spells, and everything else is a massive success that gives players real choices in how they approach building and commanding armies to a level far beyond that of the last game.

Many other elements have been altered, and unanimously for the better. The diplomatic prestige resource has been removed entirely, as trading gold serves the same function. Heroes now level along defined trait trees rather than choosing from a randomly generated list at level-up, which sacrifices diversity between playthroughs for a much greater gain in terms of balance. The complex, unintuitive encumbrance model has been scrapped in favor of simple initiative modifiers. The full list is far too lengthy to address point-by-point, but as a dedicated strategy gamer I found myself delighted at yet another newly discovered tweak well past the fifty-hour mark with Legendary Heroes. The AI no longer suffers from the awful problems it had concentrating armies in Fallen Enchantress - enemy empires can and will stack up sufficient technologically advanced troops and powerful heroes to threaten well-defended cities - but it does have disappointing failures and blind spots. Armies seem to get stuck when their paths are cut off by a rival or monster unit, often idling for several turns (or much longer on occasion) before setting off on a new mission. The AI also loves to build tons of decent-but-not-great units and stack them well beyond the limit for joining a battle at once. This is a horrendous mismanagement of resources, since Legendary Heroes still significantly favors smaller numbers of elite troops over mediocre hordes. The problem is much less pronounced than in Fallen Enchantress thanks to the combat rework, but the overall higher quality bar makes the issues the AI still has stick out.

Diplomacy is hardly present in Legendary Heroes. The vast sums of money required to bribe your way into a rival faction's good graces can be much better spent conquering them, and the rudimentary calculations that the AI appears to go through in determining who its friends and enemies are leave much to be desired. In nearly all cases, it's not a matter of if you'll go to war with an enemy, but when. I don't particularly mind the overall effect since Legendary Heroes makes no bones about being a wargame first and a diplomatic simulation somewhere around 38th, but be warned that this is about as far from Total War's careful manipulation of alliances and betrayals as it is from Animal Crossing. The endgame is rarely engaging. The peaceful method is as boring as it typically is in empire-building games, and involves little more than assaulting the end turn button while the requisite pieces fall into place (bribing the remaining leaders into alliances or building the towers that enable the Spell of Making). Conquering the world through force is fun up until the two best stacks in the game collide; after that point the emphasis on elite troops usually means that the surviving army can cruise through any remaining resistance. Completing the Master Quest involves taking on a massive dragon-riding boss, which would be a cooler fight if it weren't so easy to defeat with any army capable of making it to that point. None of the options are particularly enthralling, though neither are they so awful that I find myself abandoning playthroughs once victory is likely. After Total War: Shogun II and its expansions showed the world what an exciting strategy endgame can be, I'm no longer as forgiving of the genre's traditionally boring mop-up phase as I once was.

The better class of empire-building strategy games is renowned for replayability thanks to randomly generated maps that present unique challenges on each playthrough. Legendary Heroes doesn't lead the pack in this regard, but I have thoroughly enjoyed myself across dozens of restarts. Each city needs to build enough of the same core buildings that empire development feels roughly equivalent every time, though experimenting with different tactical approaches and research focuses makes each game unique to some degree. Every once in a while, a rare hero or item that changes the rules shows up; obliterating entire enemy armies with a hero-class wildling shaman's unique flame-throwing attack is a starkly different experience than anything else I've tried, as is stealing enemy souls with a one-of-a-kind skeletal mage and then using that mana to raise volcanoes under enemy strongholds.

None of Legendary Heroes' rough spots keep it from being an excellent game that I recommend with no reservations. Stardock has finally delivered on the promise that Elemental once held, back in the halcyon days of 2009. You don't have to be any kind of strategy savant to appreciate what this exceptional release has to offer. 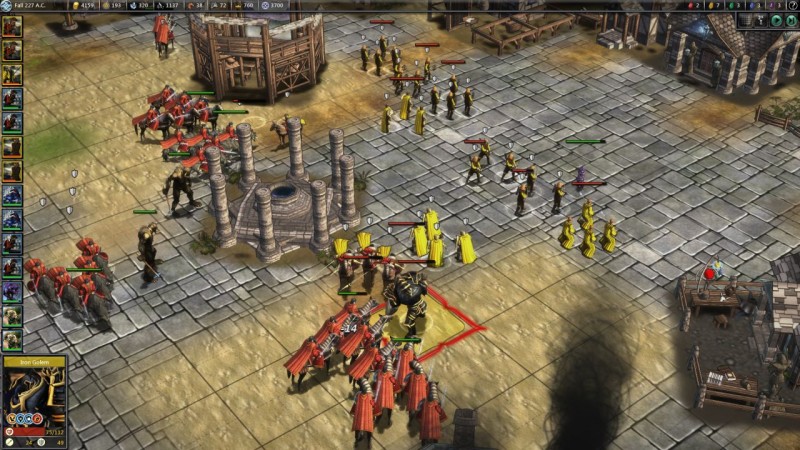 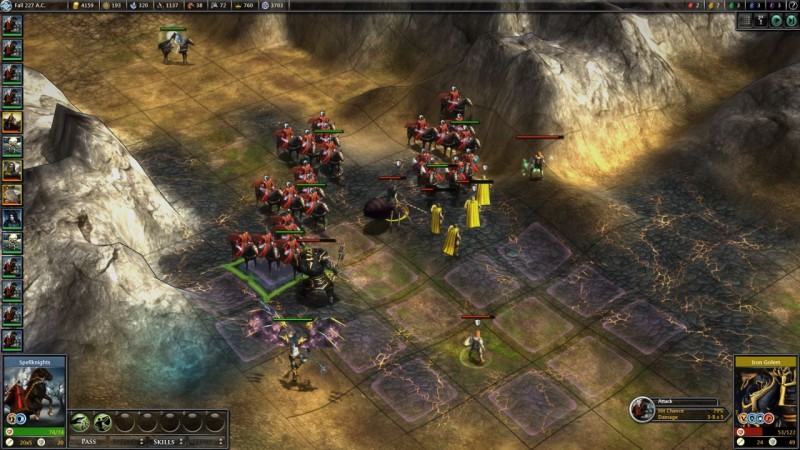 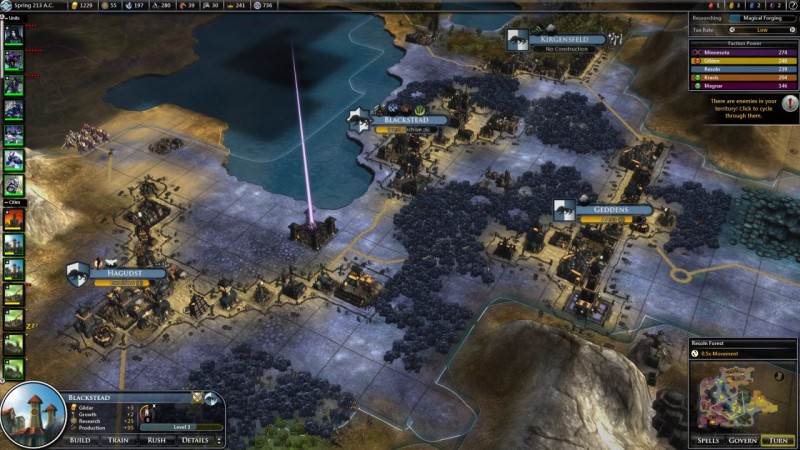 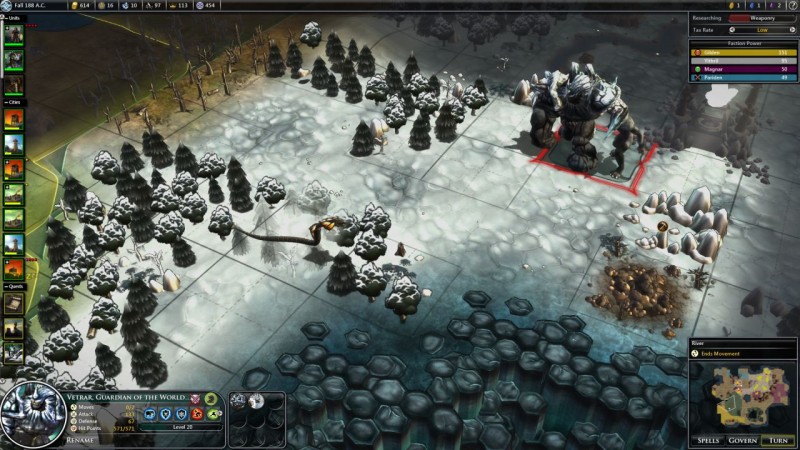 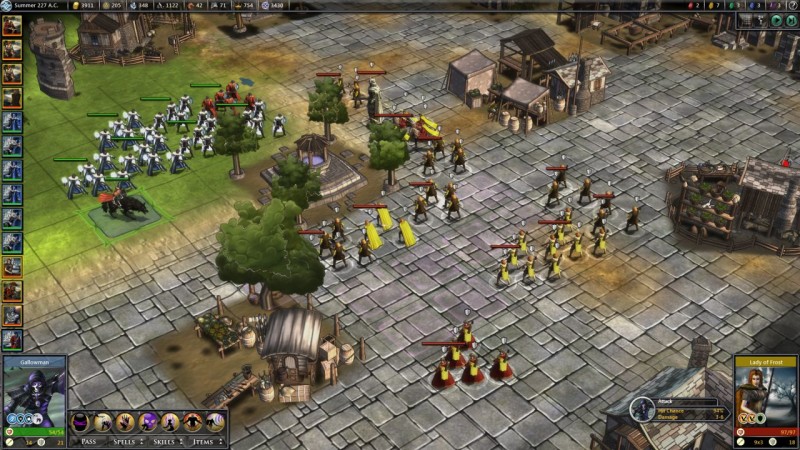 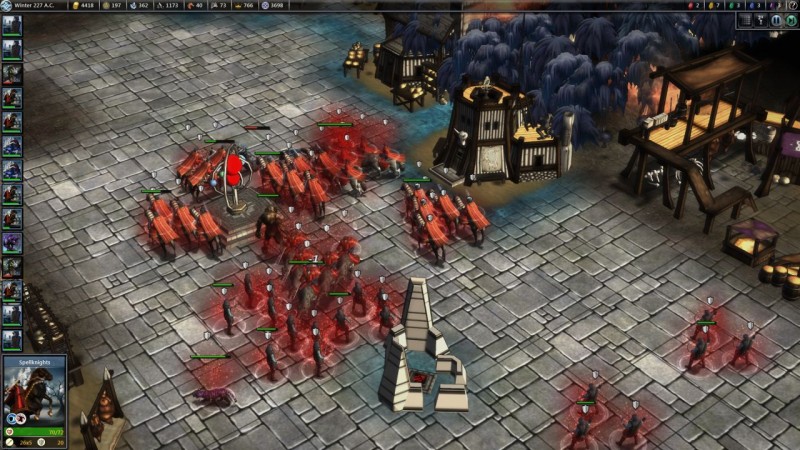 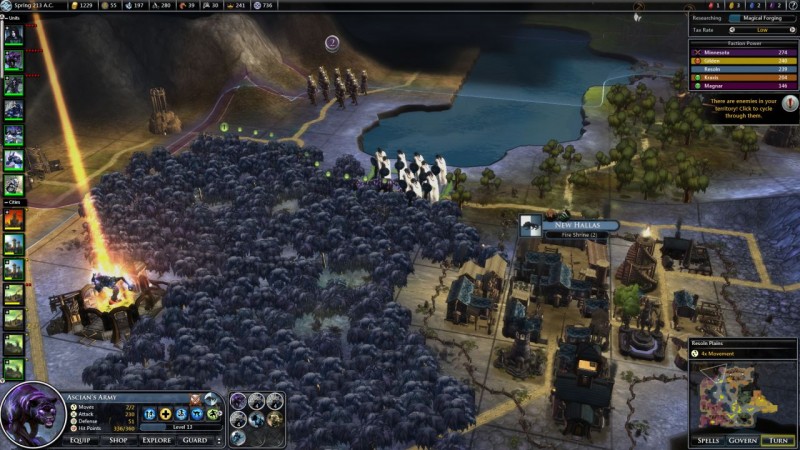 Building a fantasy empire hasn't been this downright fun in years.

Purchase More Info
8.5
i
Game Informer's Review System
Concept Improve Fallen Enchantress not by adding more systems, but removing bad ones and refining the gameplay
Graphics The numerous small improvements don’t leap off the screen, but the difference is stark if you play Legendary Heroes and the original back-to-back
Sound The minimal audio does not have any meaningful impact
Playability A few rough edges around the interface remain and annoy with regularity, but the big-picture stuff works well and doesn’t get in the way of enjoyment
Entertainment This is the best fantasy empire-builder in years, but questionable AI and a tepid endgame hold it back from immortality
Replay Moderately High