I suspect that Fable Heroes is Lionhead’s attempt to capture the thrill of modern downloadable beat ‘em ups like Castle Crashers and blend it with the charm of LittleBigPlanet. In principle, this sounds great, and Lionhead is a proven studio that presumably has the chops to pull it off. However, something terrible must have happened during the journey from concept to reality, because Fable Heroes falls short in nearly every department.

Fable Heroes plays like a prototype project Microsoft accidentally released. This downloadable disaster doesn’t even feature a story; players are given no context for why several anthropomorphic voodoo dolls are prancing through train set-sized models of various locales from the Fable series and lazily slashing at cartoon versions of some of Fable’s classic enemies.

If you’re really curious to experience everything this title has to offer, it won’t take you long, because every level follows the exact same pattern. You walk forward until an invisible wall stops you, fight a bunch of enemies that spawn around you, collect the coins they drop, and then start walking forward again. Sometimes a second group of enemies spawn after you beat the first one, but there isn’t much variety to the formula otherwise. Even the bosses are reading the same script: They all stand in one corner of the screen and do large area of effect attacks while you furiously attack their torso, and then occasionally disappear after spawning small groups of enemies. The game is so dull that this description is probably more exciting than playing through one of Fable Heroes’ levels.

Thankfully, the gameplay and visuals aren’t charming enough to sucker anyone into playing for more than five minutes. The art is so generic that it could be placeholder art in a working title, and the combat is so drab I’d rather listen to old people complain about their feet. You have one major attack button that you spam unceasingly, and one flourish attack that takes so long to unleash that it’s useless.

The Fable series is well regarded for its artistic style, so it’s surprising that this downloadable adventure has been drained of all appeal. Even leveling up is hollow thanks to how Fable Heroes handles its progression system. At the end of each level, players tally up the coins they’ve collected from their fallen foes and are awarded a number of dice roles based on their loot. Players then roll the dice and move forward along an upgrade board. The idea is unique, but also frustrating because you can only upgrade a certain skill if you land on that square. At the end of the game, I had a pile of unspent coins because I hadn’t landed on the squares worth the investment.

Fable Heroes continues to function outside of the norm by spreading a series of mini-games throughout its levels, but these are in rougher shape than the rest of the game. One minigame has players kicking exploding chickens at one another, which sounds exciting, but aiming them is challenging and dodging them is easy, resulting in long and boring battles. Several racing games use the repeated mechanic of jamming on a button repeatedly until you cross a finish line. The arena survival minigame is so easy and boring that you could probably draw it out forever; my fellow players and I voluntarily killed ourselves just so we could end the fiasco.

Player choice has always been a key feature for the Fable series, shaping a hero based on your decisions and actions. In Fable Heroes, the only choice is a forked path at the end of every level. One path leads to one of the game’s repetitive boss battles, and the other takes you to a mind-numbing minigame. Sadly, both choices are wrong. When you find yourself standing at this fork in the road, reach for the power button and turn off your system. 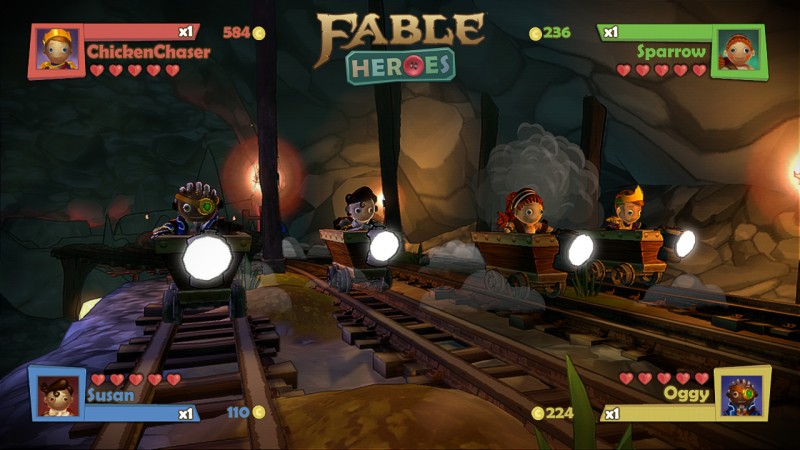 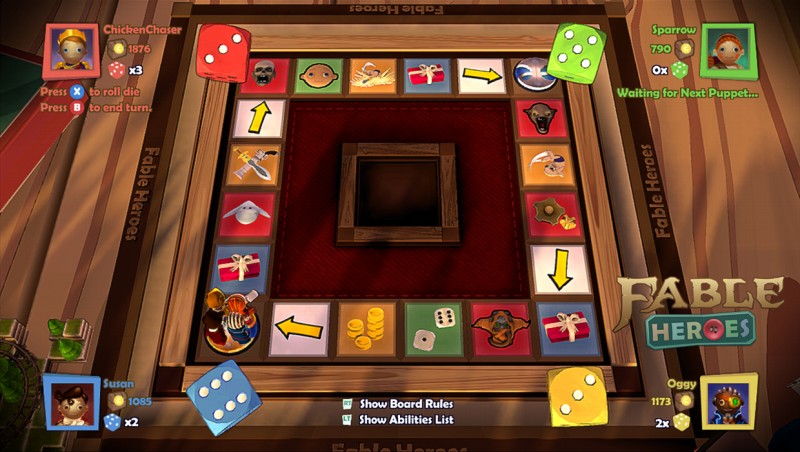 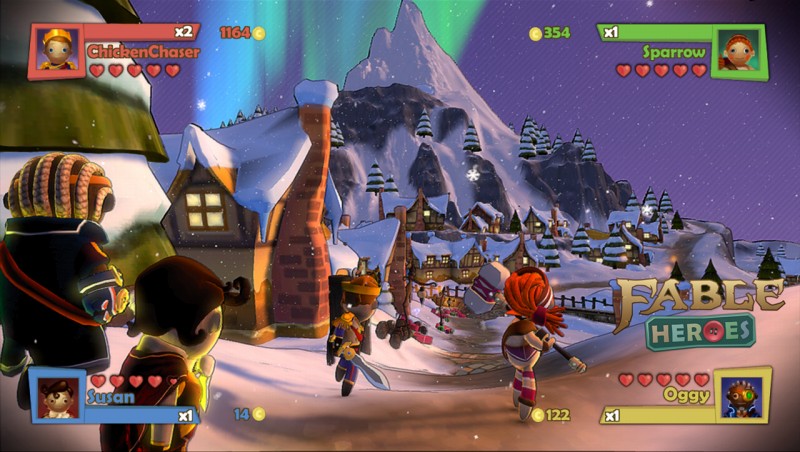 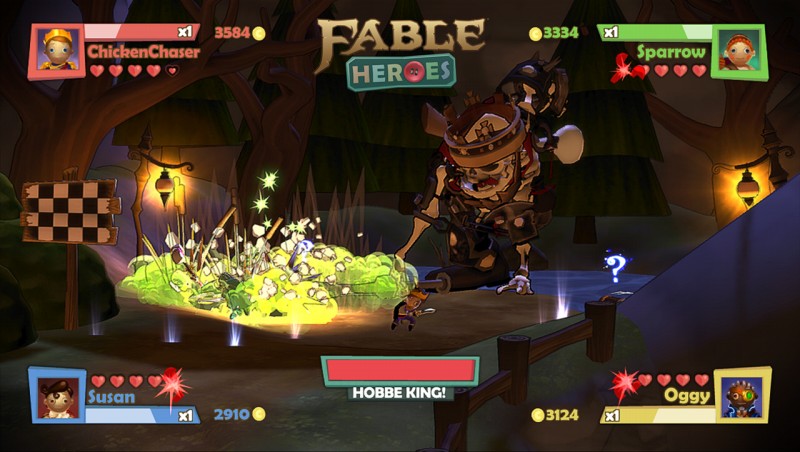 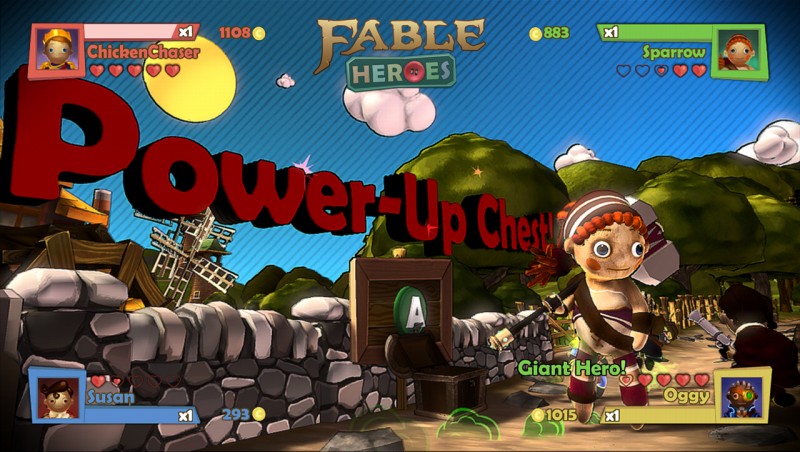 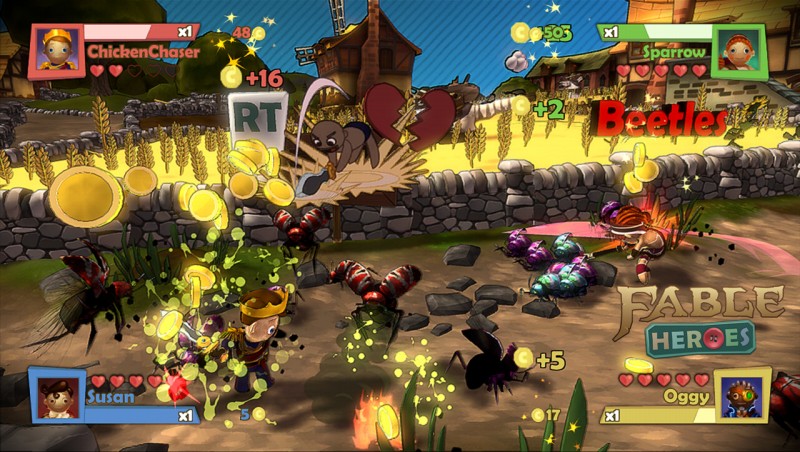 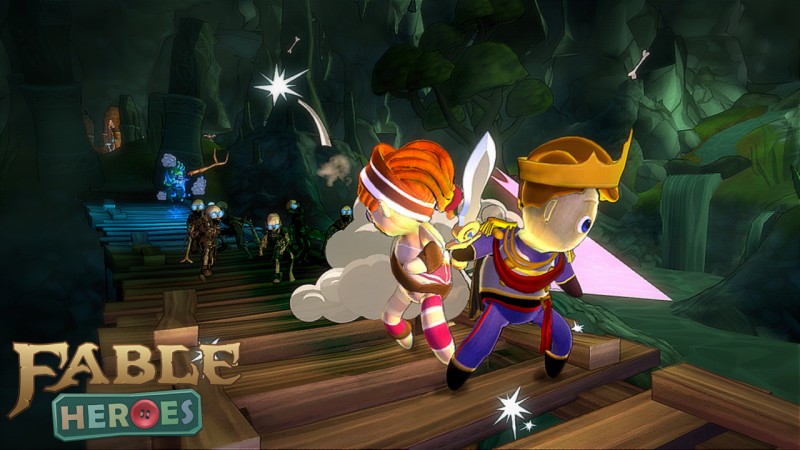 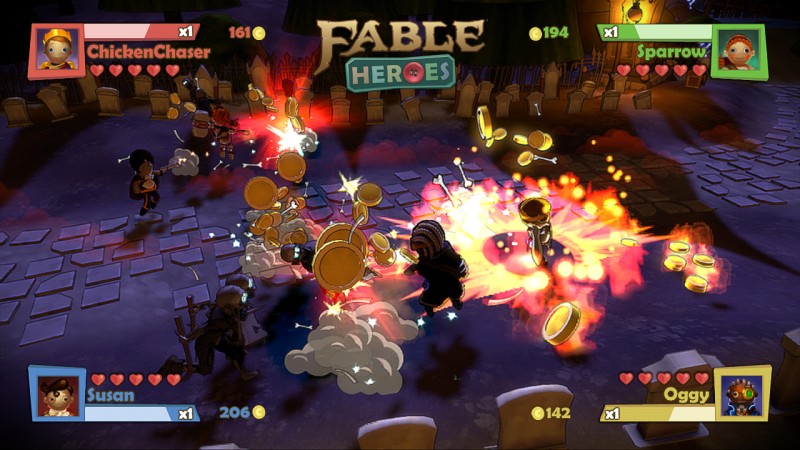 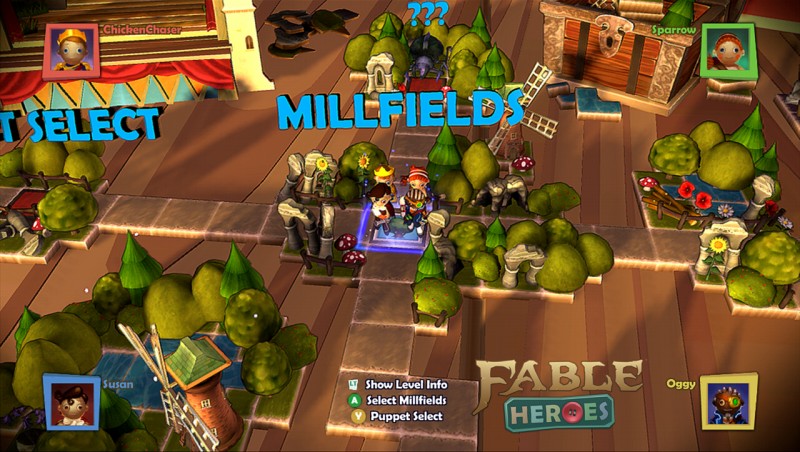 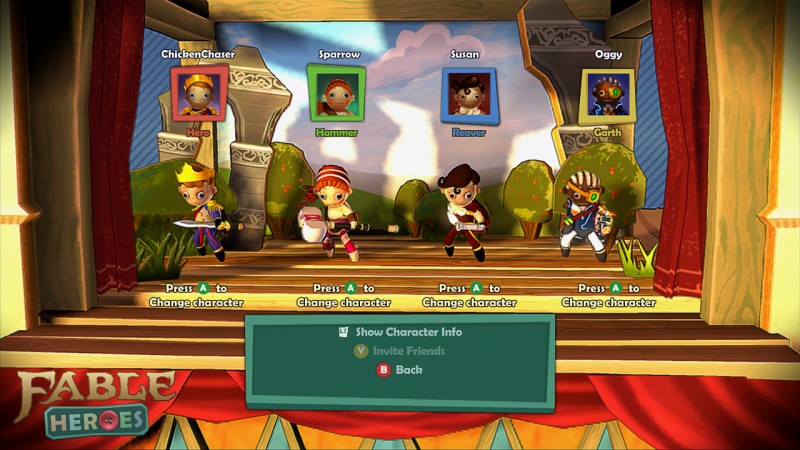 4
About Game Informer's review system
Concept
Design a bare-bones beat ‘em up around the unmemorable hero dolls from the Fable series
Graphics
Fable games usually feature a wonderful art style, but Fable Heroes has no style. The game’s art looks so awkward even its mom would hesitate to put it up on the fridge
Sound
The music and sound effects sound like they were recorded off a jack-in-the-box
Playability
Combat is frustratingly slow and repetitive, but easy since none of the enemies pose a challenge
Entertainment
The vacant, soulless expressions of these puppet heroes matches the depth of the game’s combat
Replay
low 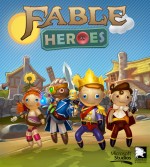