F1 Finally Gets The Title It Deserves
by Matthew Kato on Aug 19, 2016 at 10:52 AM
Publisher: Deep Silver
Developer: Codemasters
Release: August 19, 2016
Rating: Everyone
Reviewed on: PlayStation 4
Also on: Xbox One, PC Modes are important to a serialized racing title like F1. The racing itself is certainly the foundation, but the modes give the games a larger context. Recently, however, they haven't been good for F1. Whether underserved or absent altogether, the only thing carrying the franchise has been nothing but a set of four tires. But having modes is only the first step; building them is another. Going from zero-to-sixty and beyond in a hurry, F1 2016 not only brings back its career mode, but builds it out in impressive fashion.

The basics of the career mode aren't unique. They involve signing with and pleasing your racing team and its sponsors via your on-track performance. Rivalries also pop up between your team's other driver and those from other teams. The ultimate goal is to be the number-one driver on your team so that you can earn more resource points for your R&D program.

What I really like about F1 2016's career mode is the way it ties your R&D program to the larger race-weekend structure. Usually multiple practice sessions and qualifying before the race are tedious affairs that I put up with simply because it's standings suicide to not at least have a few laps of familiarity with the track before race day. F1 2016, however, incentivizes the practice sessions by offering R&D resource points for completing activities called Practice Programs that are also designed to help you gain potentially valuable information about the track and your car's performance on it.

The track-acclimatization program tasks you with going through gates that mimic the ideal race line. Tire management demonstrates that you can go fast without burning up your tires, and the qualifying-pace program is like a time attack based around your expected qualifying position.

While these same programs are used before every race, I was better at some than others, depending on the track and the weather conditions at the time (I'm so bad at wet weather driving that I cringed whenever the forecast called for rain on qualifying or race day).  If I was particularly good at a program at a given track, I could always aim for higher objectives for more points.

The better teams and drivers will always push their R&D programs and get better results, but the game is balanced well. Through the driver rivalries and programs there are plenty of ways to earn research points. Even if I finished in the middle of the pack or didn't do well during practice, there was always a way to earn points to keep the R&D program humming in order to keep up with what the other teams were doing.

The game strikes a similar balance for novice and seasoned drivers alike with the variety of gameplay customization options. I appreciate that apart from the usual driving assists, you can choose the various race, practice, and qualifying lengths before each race. I mixed and matched the assists, becoming more comfortable with the car's ferocious horsepower, and as ever, developer Codemasters makes racing the car a joy, no matter the setup.

The revitalized career mode isn't the only addition this year. The 22-player multiplayer is a bump up from last year, and while the ability to play through a full championship season with your friends is nice, the online portion on a whole needs more structure. A larger profile system detailing your accomplishments as a racer is needed to make the mode than about racing a collection of random races. The championship provides some structure, but this is more about being a hub for your friends to race together than it is about being an online version of the career mode, and it doesn't allow you to create and join public championships.

F1 2016 has gained a lot of the ground the series has lost over the years, and hopefully Codemasters keeps building upon this excellent foundation. Having the official F1 license is a big responsibility that this title finally lives up to. 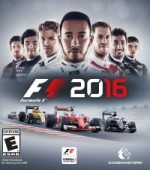 Going
from zero-to-sixty and beyond in a hurry, F1 2016 not only brings back its
career mode, but builds it out in impressive fashion.

Purchase More Info
8
i
Game Informer's Review System
Concept Bring back the career mode and make it better, thereby injecting a lot of needed life to the franchise
Graphics The new avatars and paddock environment add a lot to the career-mode experience
Sound Your career-mode agent and R&D engineer speak some lines, but they aren’t remarkable
Playability The game’s assists and race settings give gamers of all skill levels a chance to race
Entertainment The career mode is not just fun to play because it’s back, but the way it’s implemented is well-suited to the sport
Replay Moderately High