In a race, sometimes you're simply riding around conserving your fuel and tires, content where you are. F1 2013 feels like it's in such a rut; the game features a few new additions, but it's like its coasting on Codemasters' laurels too much.

F1 2013 adds a classic F1 mode, which has time attack, grand prix, and time-trial options that let you pick a classic car and driver. You then take them to one of two classic tracks or on one of the modern circuits. The disc also contains six historic scenarios (with more available if you bought the game's Classic Edition and as DLC), but even with these, the classic angle isn't that alluring. Perhaps that's because I'm not an F1 history buff, but I also feel that the mode's modest offerings and ambition are simply uninspiring.

The game's other career modes – the Season Challenge and Career – are pretty much the same as last year. The career mode offers mid-sessions saves and a handy Teammate Challenge chart that shows you how you're stacking up against your teammate in your quest to become the number one driver on the team, but these are hardly big additions. I think the Season Challenge is cool, with its compressed 10-race format tasking you with stealing the seat of other drivers, but like the rest of the game, it hasn't evolved since last year.

In a sport that symbolizes the cutting edge of car technology and the pinnacle of racing, the F1 series' slow progress is a contradiction. I enjoy the racing itself, but that only counts for so much. It's getting to the point that I'd rather see how other series like Forza incorporate F1 cars rather than play this franchise – and that's a bad sign. 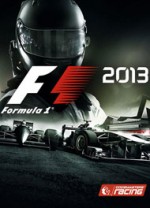 In a race, sometimes you're simply riding around conserving your fuel and tires, content where you are. F1 2013 feels like it's in such a rut.

Purchase More Info
7.25
i
Game Informer's Review System
Concept Introduce classic F1 cars and scenarios, but add little else
Graphics A sepia tone is thrown over the classic races
Sound I swear the audio from your engineer is exactly the same as last year. Regardless, it's very helpful
Playability The various driving assists and the option to change your difficulty puts the game within reach of all kinds of drivers
Entertainment I'm not impressed by the addition of historical F1 scenarios, and other than that, there's nothing new here
Replay Moderate