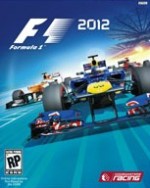 Codemasters has a reputation for leaning towards the simulation side of
racing, and it's certainly understandable with the F1 license. This
year's changes show that there's more than one way to get at the heart
of a sport.