Think about some of your favorite retro or retro-inspired platformers. What makes the challenges contained in Super Meat Boy, Mega Man X, Donkey Kong Country, and Super Mario World so satisfying?  These games are joys to play because they offer reliable controls and polished level design. Explodemon tries very hard to evoke your fond 16-bit action platforming memories, but the result is a clumsy disappointment.

The core of Explodemon’s gameplay feels uncomfortably similar to Twisted Pixel’s ‘Splosion Man, and comparisons are inevitable. The combustible protagonist hurtles through the air, climbs walls, and defeats enemies by detonating, but he’s cursed with an annoying, involuntary explosion every few moments. Even though Explodemon has been blessed with a diverse move set including a regular jump and dash ability, he controls like a manic firecracker in comparison to ‘Splosion Man.

One area where the game shows a glimmer of hope is its sense of humor. Explodemon is an unstable, neurotic robot tasked with saving the world from alien invaders. At his best, the wacky, backwards-talking hero reminds me of the hilarious Fawful from the Mario & Luigi series. Unfortunately, the meager story unfolds via simple comic panels which look like something you’d find in a free Flash game. Explodemon coaxed a few chuckles from me early on, but the joke became tired quickly.

Puzzles are plentiful in Explodemon, many of which are solved by firing boxes and bombs through the air with explosions to cause chain reactions, open doors, or unlock secrets. These quagmires are placed sparingly in earlier levels, and don’t require much precision, but later they become sloppy nightmares. Developer Curve Studios attempts to help with tricky shots by introducing an aiming mechanic, but the predictive trajectory is so finicky and inaccurate that it barely helps.

Combat is the most entertaining aspect of Explodemon by far. Players are rewarded with extra damage when they explode in close proximity to enemies, creating an interesting hit and run flow to fights. Once you obtain the dash ability you can run through lines of marching alien critters, satisfyingly taking out a whole group without breaking stride. The game is such a cakewalk early on that I didn’t know death existed until the second of the game’s three acts. Death by enemies remains rare, but you’re bound to fall into numerous acid pools due to the game’s unpredictable physics and loose wall jumping. You earn points to upgrade stats like power and armor, but I never really felt like my hard-earned enhancements did anything.

There are six repetitive boss fights against the same evil villain, Absorbemon, which occur every other level. During the final encounter you must redirect missiles into him, which is an inaccurate exercise in frustration. When you do finally manage to steer a lucky missile into him and do some damage, he eventually retaliates by absorbing your health and recovering fully. This imbalanced fight ends the mediocre title on a very sour note.

Explodemon isn’t a broken game by any accounts, but the presentation, controls, and level design are wholly unoriginal and unsatisfying if you enjoy action platformer. Those that dig deep enough may find some fun buried beneath the repetition, but it won’t last long. If you’re looking for a downloadable distraction on your PS3, there are many more fulfilling options than Explodemon. 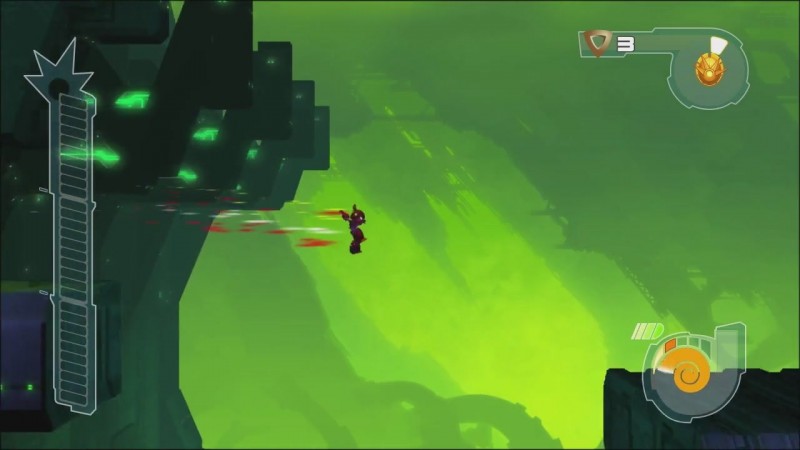 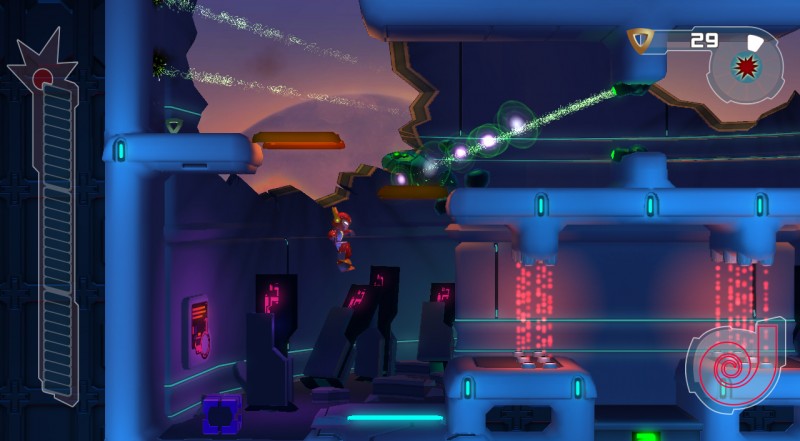 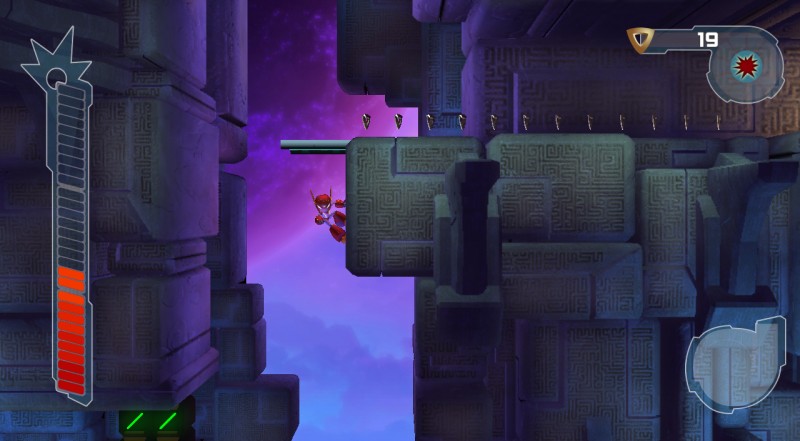 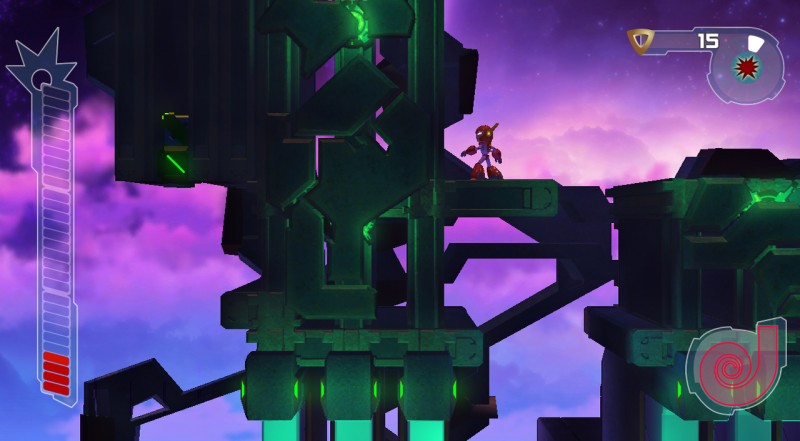 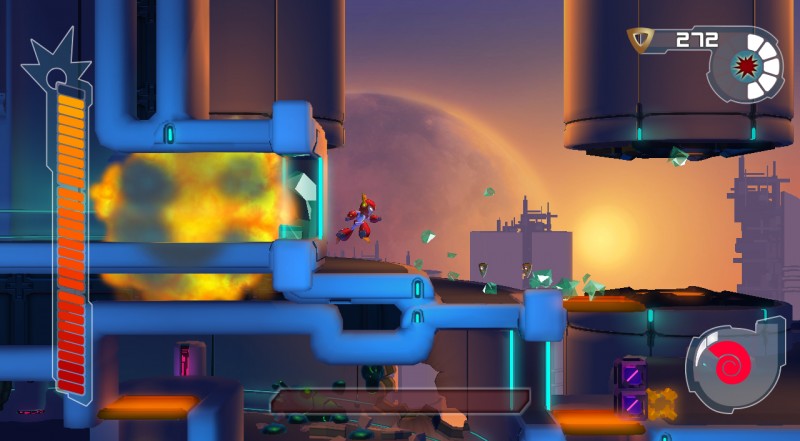 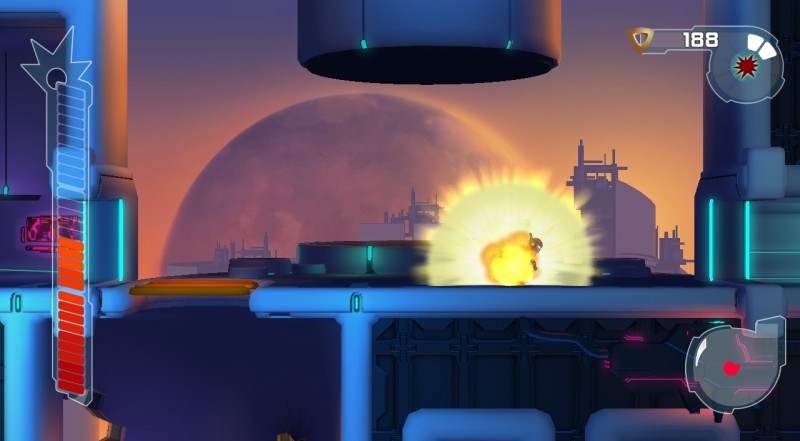 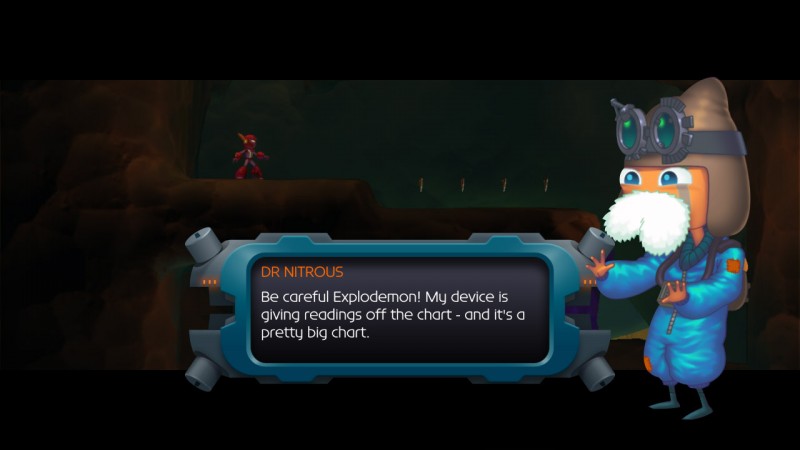 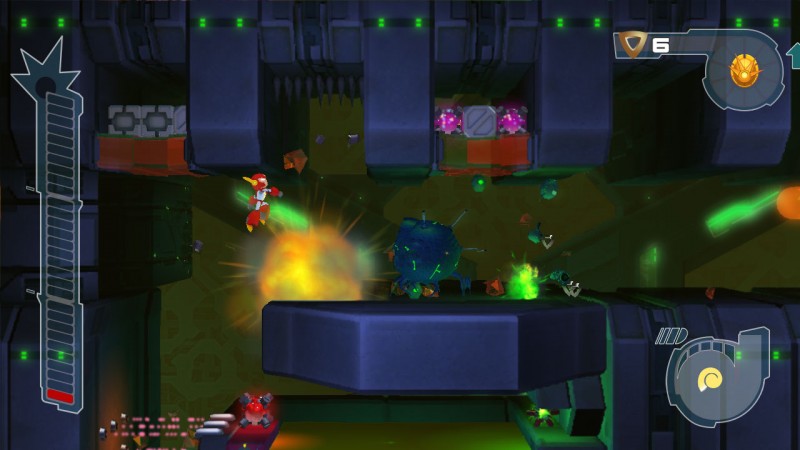 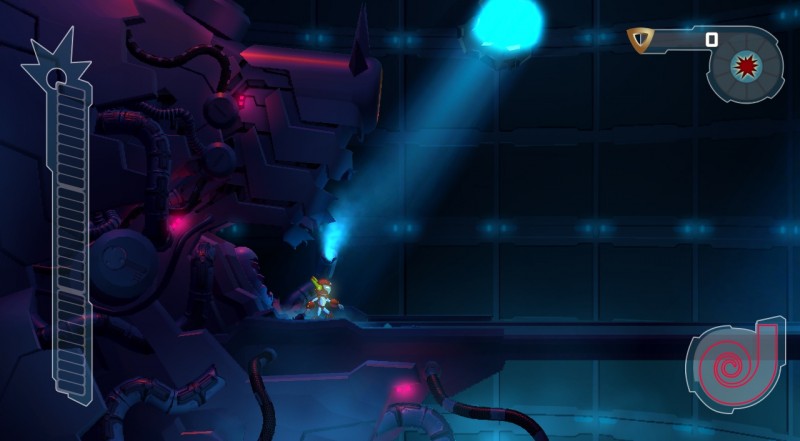 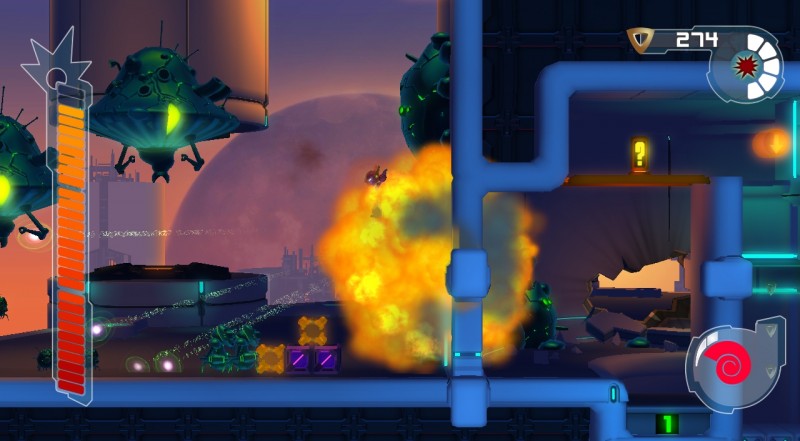 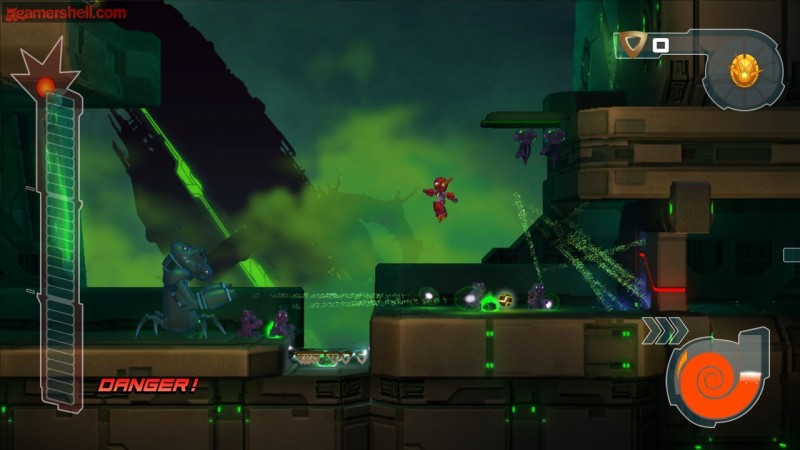 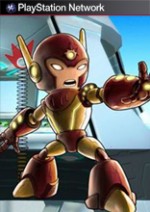 Explodemon tries very hard to evoke your fond 16-bit action platforming memories, but the result is a clumsy disappointment.

Purchase More Info
5.5
i
Game Informer's Review System
Concept Combine ‘Splosion Man with Mega Man, but remove the rewarding gameplay
Graphics Explodemon looks like a Zero rip-off, and the whole visual package is pretty lackluster
Sound The music tracks are fun and energetic at first, but then devolve into looping electronic noise
Playability Loose movement controls and sloppy puzzles hold this title back
Entertainment Not the worst downloadable game that’s ever hit the PS3, but it’s a long, long way from the top
Replay Low