Expeditions: Viking is the successor to Expeditions: Conquistador. As the name suggests, this time it's all about hairy, axe-wielding vikings. Developer Logic Artists invited me to play through the opening segment of the game.

Expeditions starts mournfully. After creating your avatar in a solid character creator that lets you choose your gender, name, hairstyle, and skill sets, a brief intro cinematic plays. Your father, a chieftain, has died. Your clan and the clans under you are in turmoil. You're in charge now. Uh oh.

The game proper starts at the feast following your father's death. Your mother, Astridr, takes you aside and encourages you to speak with the other chieftains who are attending the feast and measure them up to see who is with you and who is planning to betray you for the throne. Speaking with all of them reveals that they all have complicated feelings about the whole matter. Some of them respected your father as chieftain, but doubt your ability to lead because you're unproven. Others are outright venomous toward both you and dear old dad but claim to be respectful of the traditions that form the hierarchy.

After speaking with everyone (and a few guests who later become party members), several drunkards raid the party, spitting on you and your father's name. Expeditions lets you choose how to handle the situation. I played it as calmly as I could, marching outside and asking them to break it up. The partycrashers wouldn't have it and refused any other outcome than a fight.

Expeditions shifted into its tactical turn-based battlefield mode. A few of my guests took up arms with me. I was dumb and tried to use my archer skills while only a few tiles away from some heavy-hitting enemies. My character was quickly taken out, with the rest of the battle riding on the shoulders of Asleifr, a battle-hardened veteran and cousin of my character. It's a close one, but Asleifr wins the day for us.

After the battle, the leader of the group dies, and the game asks you what you want to do with the survivors. I decided that I didn't want to be seen as weak, so I executed all of them. Some texty exposition told me that the villagers watched somberly but understood my choice. Once that dirty business was done, Asleifr turned to me and revealed his displeasure with me and challenged me to a duel for the throne. I didn't back down, and we agreed to fight the next day. Astridr took me aside and told me to make preparations for battle and suggested that I should cheat. When I reacted with outrage, she told me that Asleifr was a mighty warrior and that there were no rules against stacking the odds in my favor. Fair enough, mom, fair enough.

I spent about five minutes running around the village and convinced the assistant of some witch to brew a poison and slip it into Asleifr's food. With that done, my character went to bed and properly zonked out.

The game shifted to dueling grounds, a little frozen island, the next day. Asleifr starts with half a health bar in the first of our our best-of-three match. We throw some insults at each other, I tell him he looks like he ate something rotten and he berates me for cheating. The game then shifts into battle mode.

He starts far away from me and I blast him with two arrows. The first round goes to me. The second, I can't hit anything, so he pummels me over the head and wins that one. The third he manages to get close but I switch to a sword and stab him just before he beat me down. In the fourth, he gets close again, but a couple of arrows and a sword stab puts him down. The duel goes to me. Jonas Wæver, the creative designer, leans over and tells me that if I had lost, instead of simply being a game over, Expeditions would have started down one of its branching paths.

As is, I won the duel, and got to decide Asleifr's fate. I could let him join me, exile him, or put him to death. I chose to exile him, not certain I could trust someone who betrayed me ever again. Asleifr said he would obey and that I had nothing to fear from him and his people. We got into our respective rowboats and went our separate ways.

At that point, my time with the game was done. I came away very impressed with the character interactions, the art style, and the narrative ambition behind the project. I actually felt a tinge of sadness when I killed the rioters and banished Asleifr. There's a lot of potential with Expeditions: Viking, and I'm curious to see how everything plays out in the full game.

Expeditions: Viking will be out in the latter half of 2016. You can check out our previous coverage of the game here. 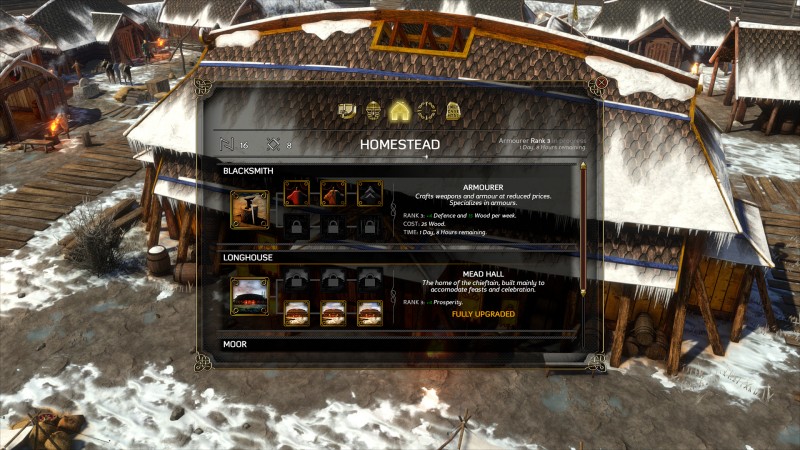 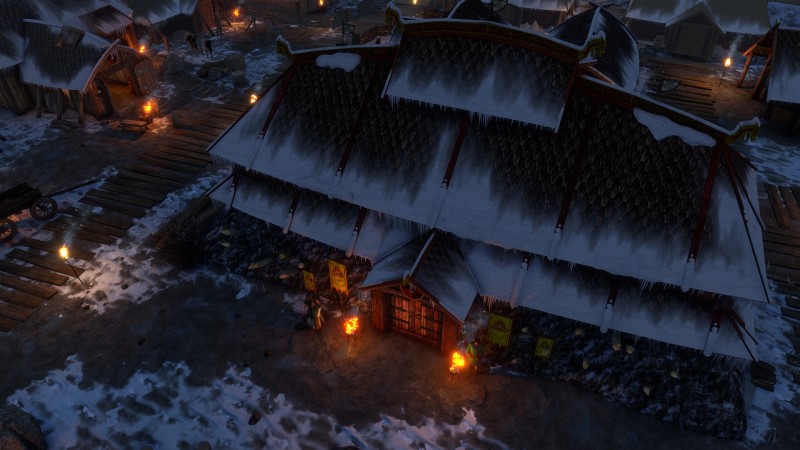 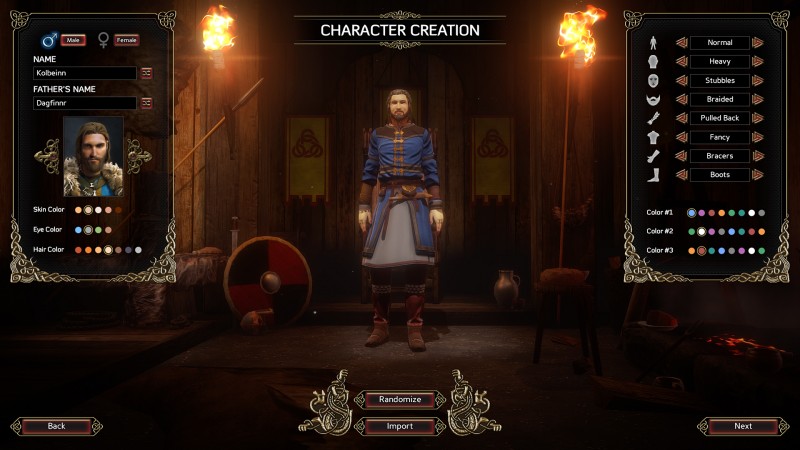 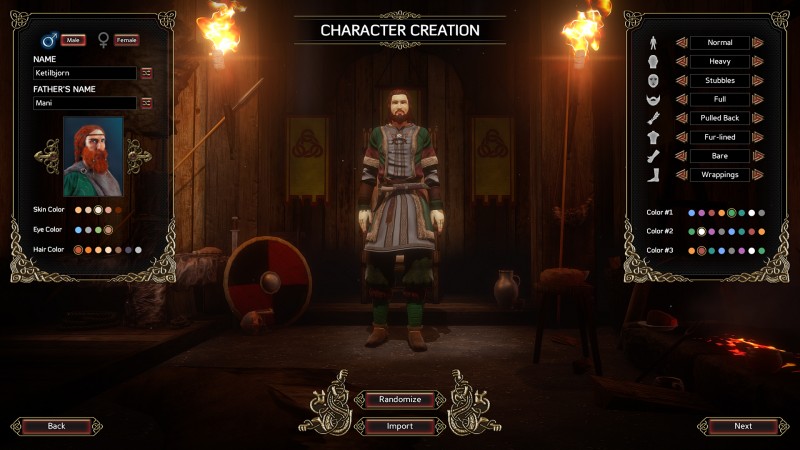 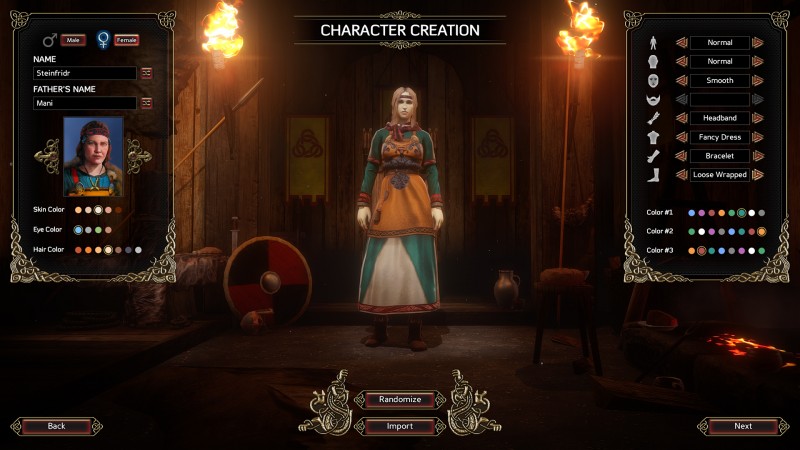 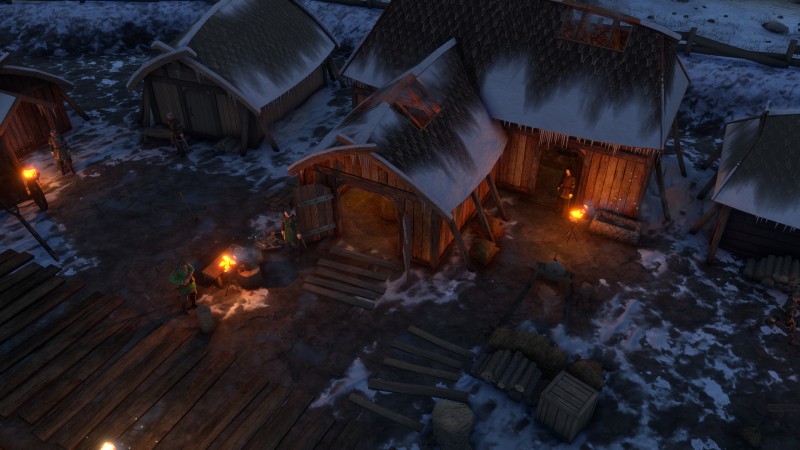