Epic Mickey: Power Of Illusion has all the right ingredients on paper. It’s a spiritual sequel to the beloved Castle of Illusion starring Mickey Mouse for Sega Genesis. It’s developed by DreamRift, the creators of the innovative yet flawed Henry Hatsworth in the Puzzling Adventure and Monster Tale, one of my favorite Metroid and Castlevania-inspired games from the last few years. Despite its pedigree, Power of Illusion went seriously wrong somewhere along the way.

The main offender is the forced painting and thinning mechanic. At first, it’s not too offensive. You trace a drawing on the touch screen to make platforms and other objects appear in the top screen. Similarly, you can remove objects in the top screen by erasing images with the stylus. It soon becomes positively frustrating after you have to stop what you’re doing every 10 steps to doodle and then wait around while Mickey shoots paint or thinner to make the object appear/disappear. Imagine if you had to sketch in every barrel cannon in Donkey Kong Country before launching yourself around the level. Then, the cannons disappear after shooting you a couple times so you have to draw them in all over again. You can’t even choose where you place platforms or decide what shape they’ll take. There’s a pretense of creativity implied with painting that never rings true here.

This drawing frustration extends to boss battles as well. Instead of focusing in on an enemy’s pattern, you have to stop what you’re doing and trace/erase constantly. This completely kills any rhythm you try to build. Normally, if you pause during a tough boss fight in any other game and come back you’d fail pretty quickly. You’re out of the zone and not as focused as you could be. If just feels weird. But here it’s the core mechanic.

This complaint is mostly aimed at the final boss, Mizrabel, who for some reason is now Maleficent from Sleeping Beauty instead of the Evil Queen from Snow White. The earlier bosses are ridiculously easy. In fact, the entire game goes from cakewalk to infuriating deathtrap about halfway through. The worst part is that you lose all of the money and collectibles you’ve nabbed along the way when you die and restart at the beginning of the level or the inconvenient checkpoint. So you have to redraw everything you already did over and over and shoot for all the tricky collectibles again.

I don’t know whom this game is for. Casual players will probably never make it to the end due to spike-covered later levels and cheap enemies. Hardcore players will be surprised how fast they’ll finish if they can power through (my game clock read 95:13 after the credits rolled).

You could always go back to collect missed Disney characters and items, but what’s the point? Every conversation with these chumps goes the same way. “I was walking through the forest/castle/etc. and I somehow ended up here,” the character says. “Well, golly,” Mickey replies. “We’ve got a fort you can stay safe in.” “Sounds good,” the character says before dematerializing, which seems like they could have done it at any time. I wish I could warp back to the time when Power of Illusion was full of mysterious promise. 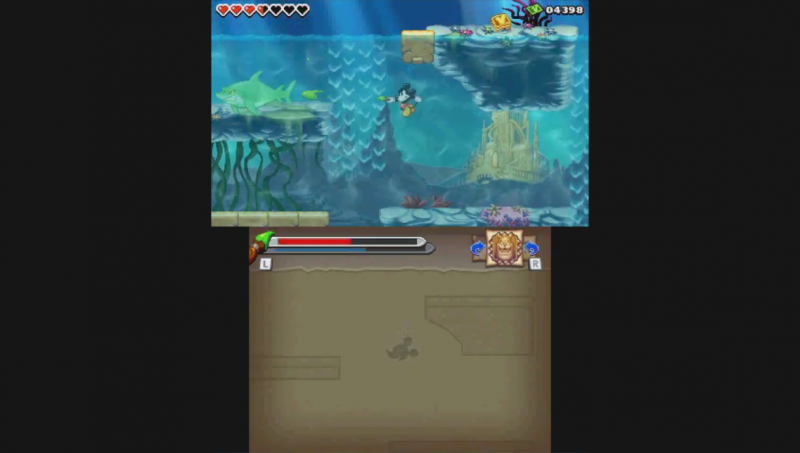 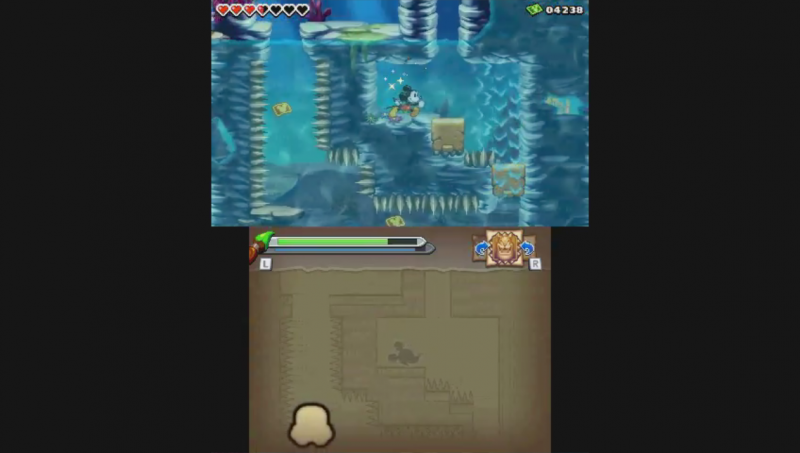 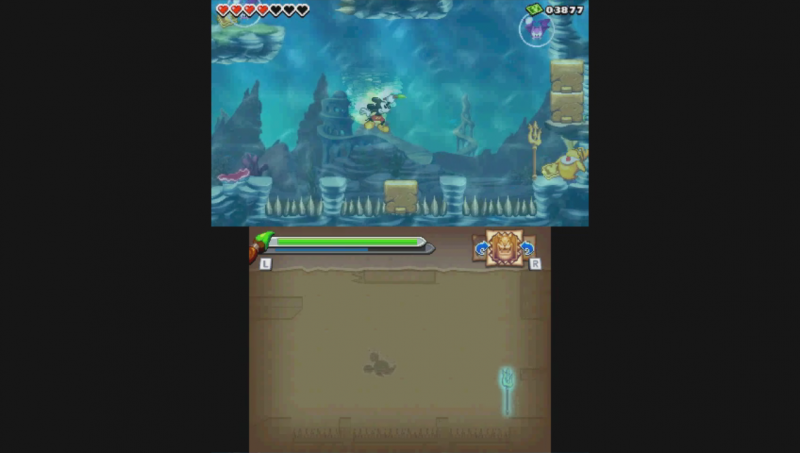 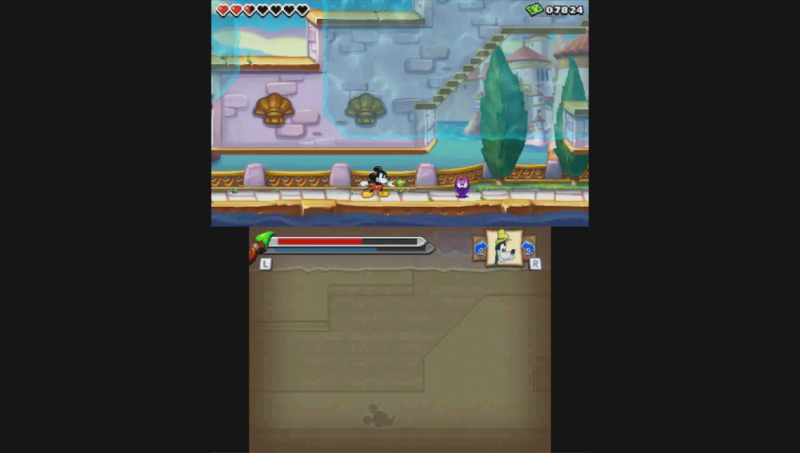 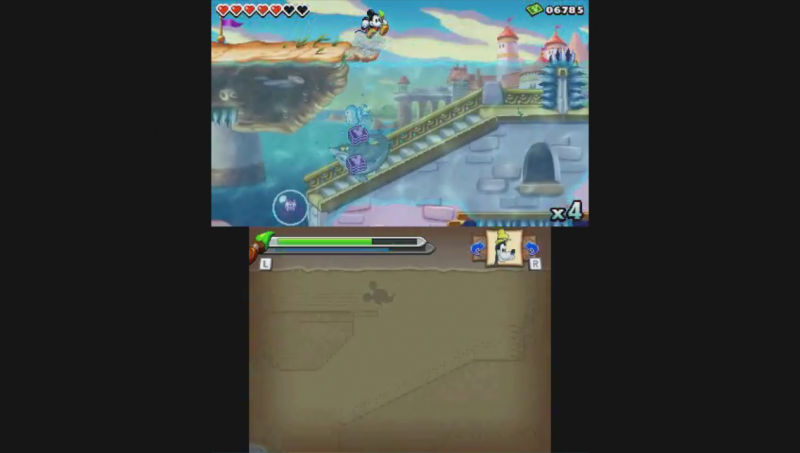 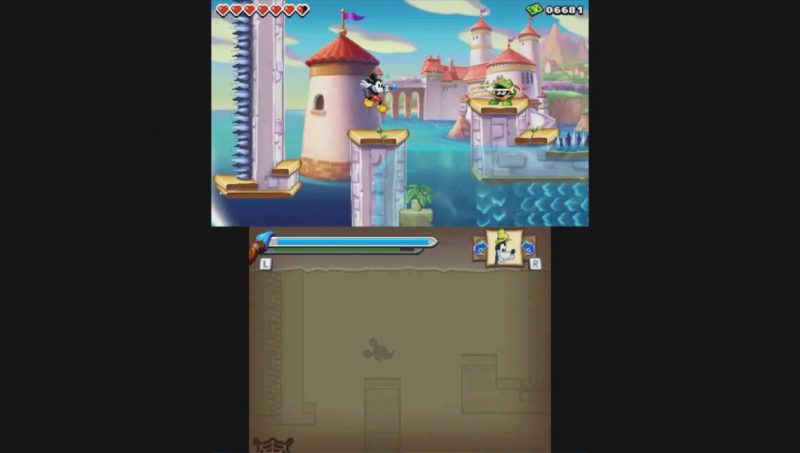 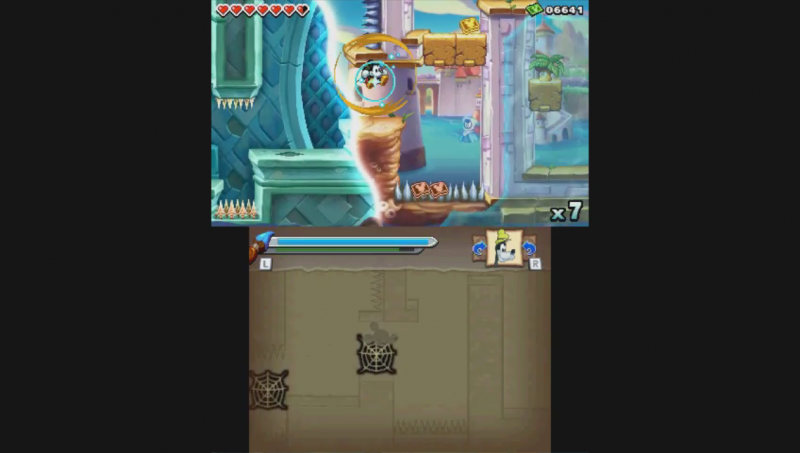 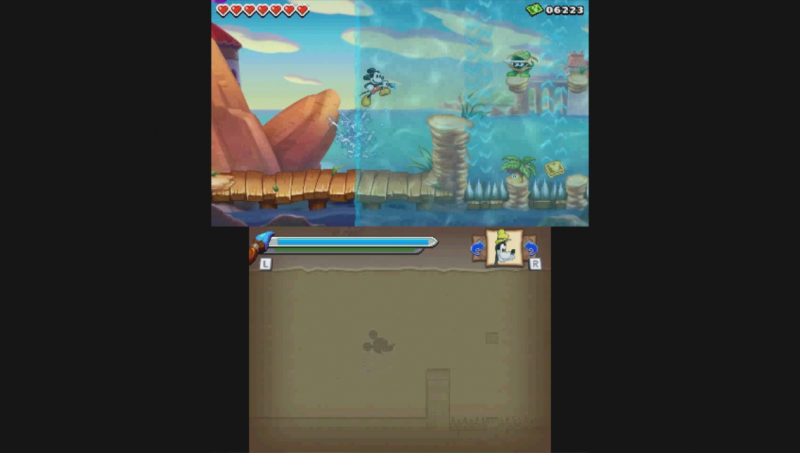 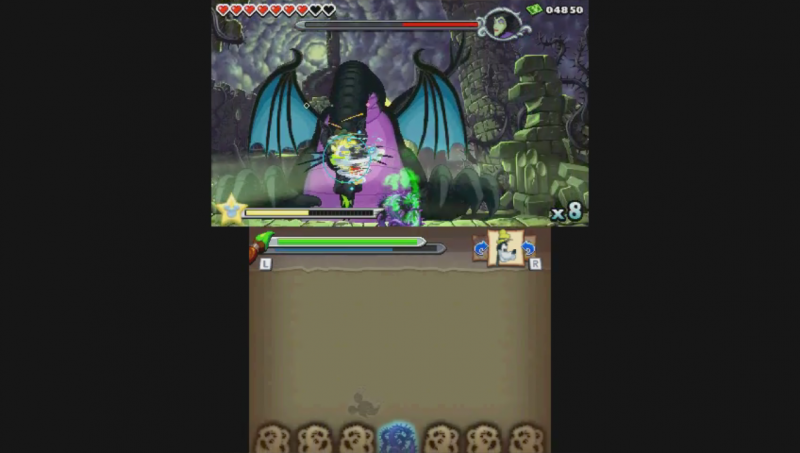 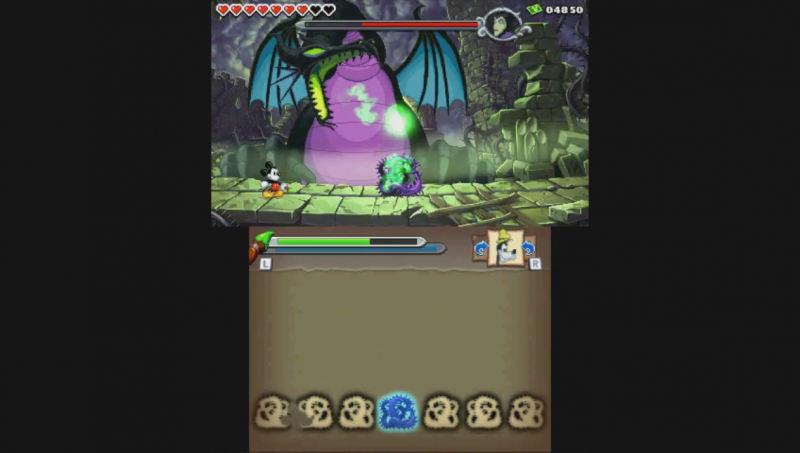 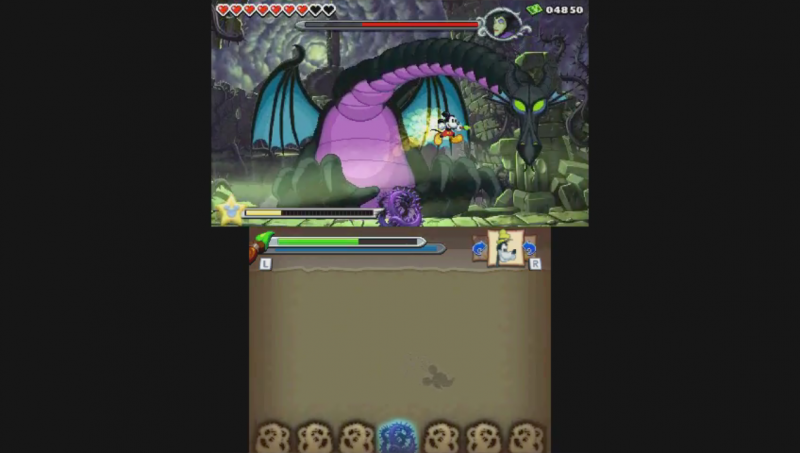 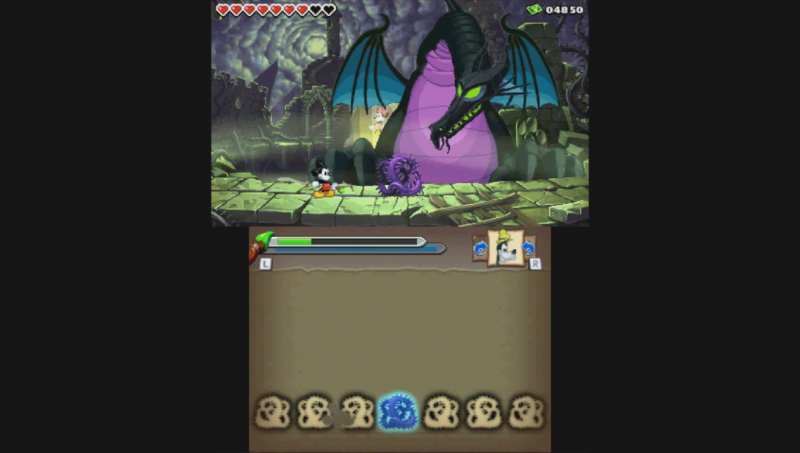 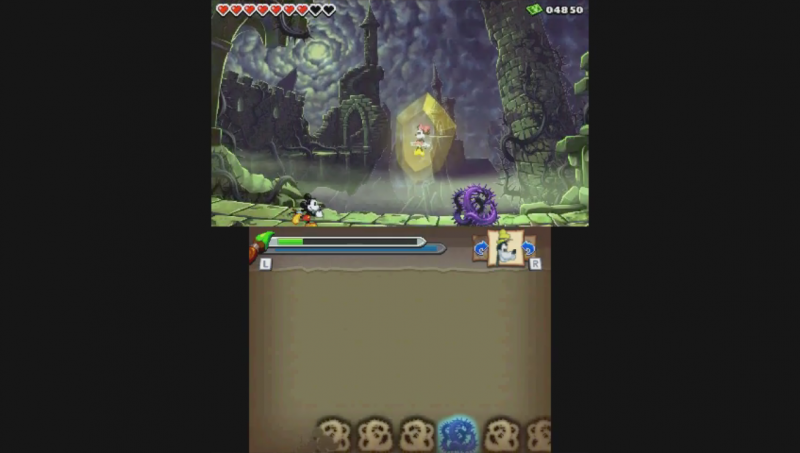 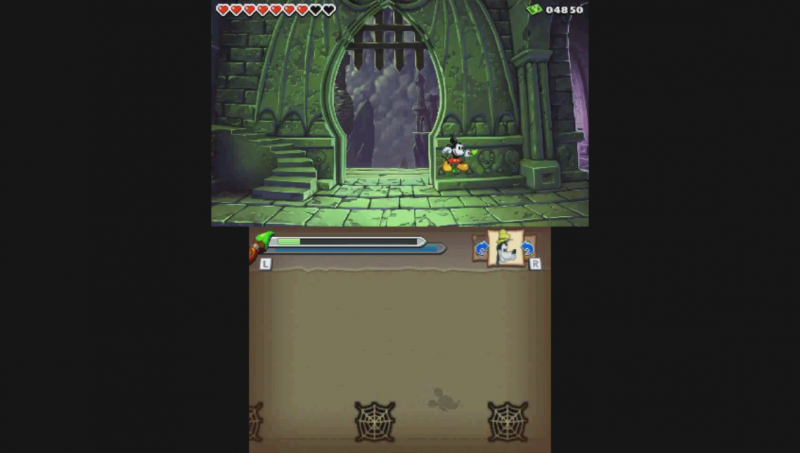 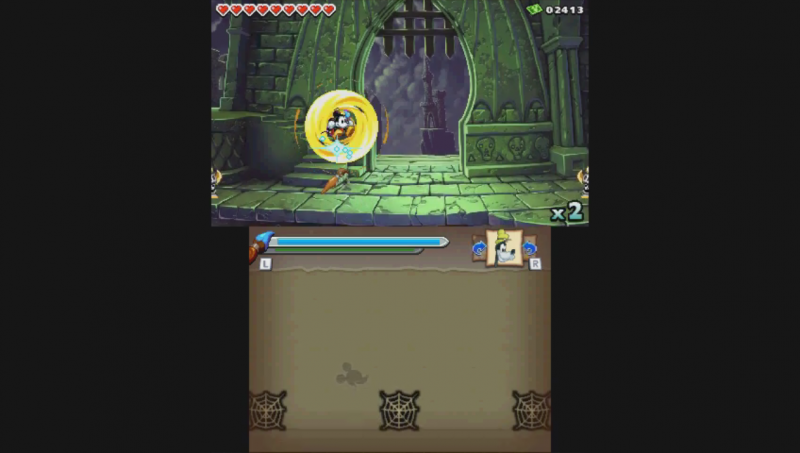 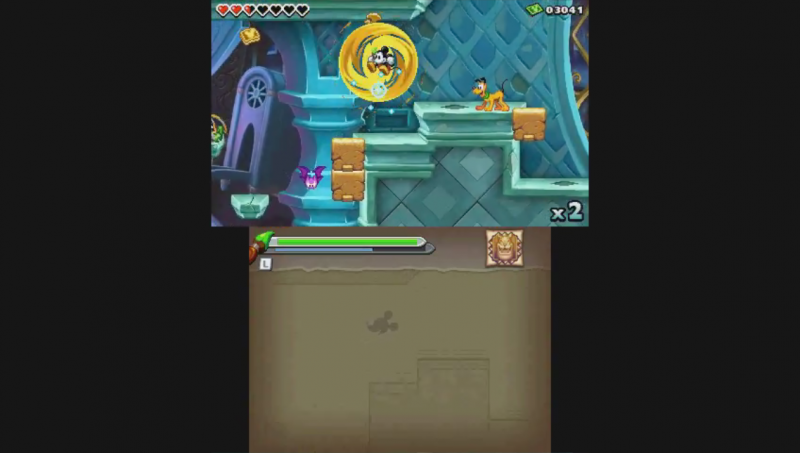 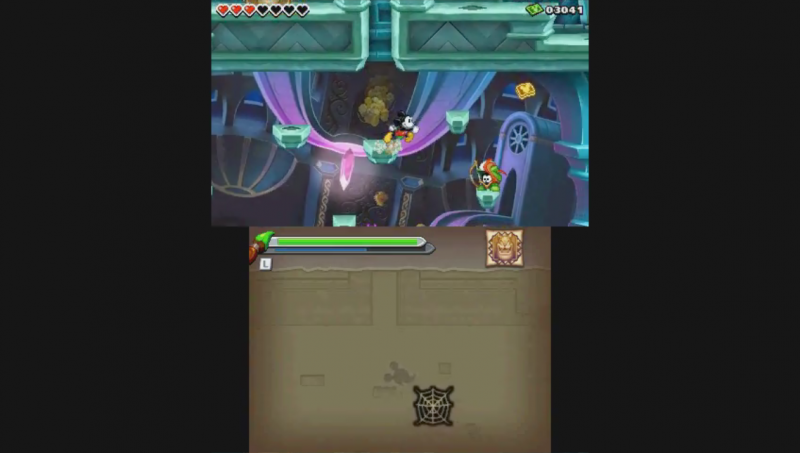 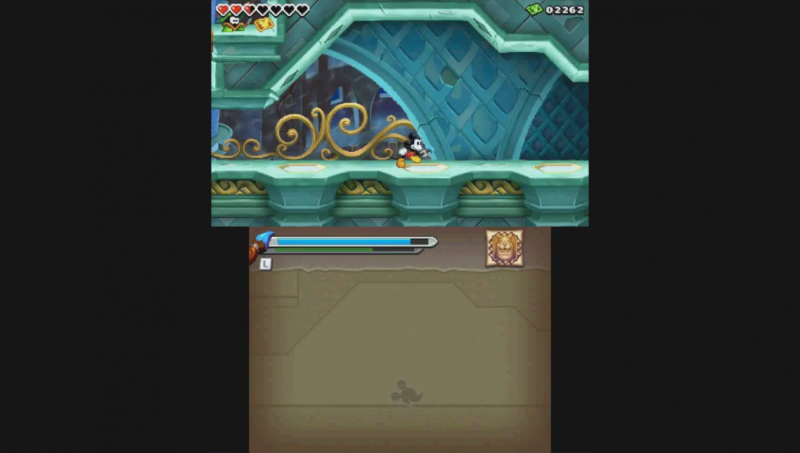 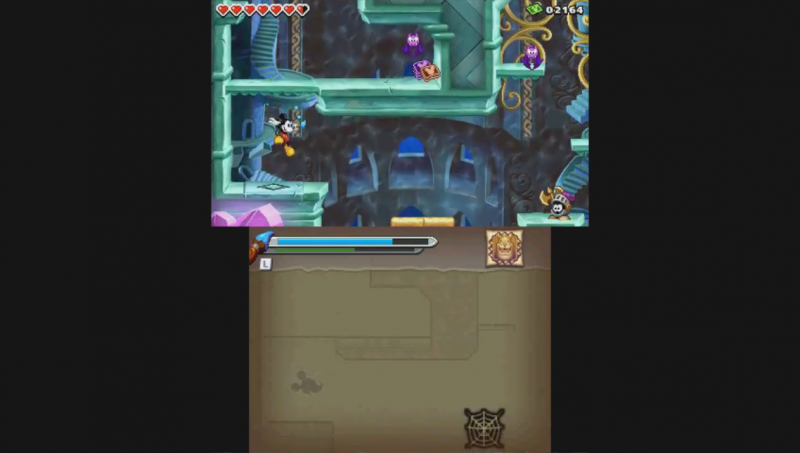 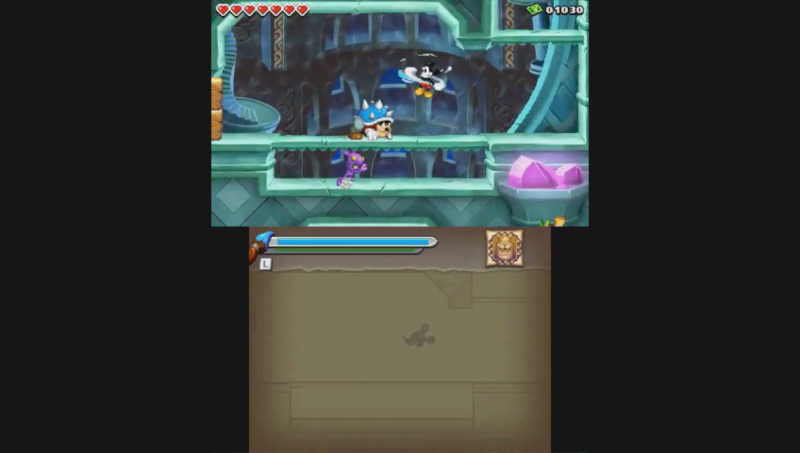 Despite its pedigree, Power of Illusion went seriously wrong somewhere along the way.

Purchase More Info
5
i
Game Informer's Review System
Concept Try to mix the worlds of Epic Mickey and the classic Castle of Illusion
Graphics DreamRift’s trademark quality animation and visuals shine
Sound The music is fine, but not very memorable
Playability The terrible painting and thinning mechanics ruin everything
Entertainment Fans of all stripes will be sorely disappointed
Replay Moderately Low