After years of dormancy, space combat titles are flying back into the limelight. Wing Commander’s Chris Roberts is heading up Star Citizen, Eve Valkyrie is the dogfighting wingman for the Eve Online, and No Man’s Sky is poised to pave the way for a procedurally generated universe-exploring experience. All of these games owe tribute to Elite, a classic 1984 space sim franchise that is also returning after nearly 20 years.

Elite: Dangerous launches players into an accurately modeled, 1:1 scale version of the Milky Way galaxy, where they have the opportunity to mine resources, trade between space stations, dogfight with pirates, dodge inspection crews, and freely travel to more potential destinations than they could realistically visit in a lifetime. New players are given a starter ship, 1,000 credits, and left to their devices. The game doesn’t hold the players hands from the start, so don’t begin without completing the tutorial modules. Even after that, your first task of maneuvering out of a docking bay is daunting – probably the toughest part of Elite for the first several hours. Docking and undocking is a maneuver that crushes new players, and if you’re playing on open-world mode, you may see some new players (and unlucky veterans, on occasion) flailing and exploding as they clumsily attempt to take off or dock.

The controls are highly customizable, so you should get them locked down before venturing into the void. Elite: Dangerous is best experienced with a flight stick, but a wired Xbox 360 controller is a decent replacement. I don’t recommend the keyboard-and-mouse setup.

Elite: Dangerous is always online, but you can swap between solo, private group, and open-world play – a choice that determines what other pilots you can see. The galaxy is vast and open, leaving you to decide from missions, trading/mining, or exploration as major activities, settling into a rhythm after just a few hours. Most of the prescribed missions are fairly generic hunt-and-kill affairs, but are still entertaining (if predictable). The progression is satisfying, but it dries up quickly. I was searching for new experiences after a day or two of travel in the vastness of space, especially since I rarely encountered other ships. When I did, meaningful interactions were almost non-existent. You’re pretty much on your own, with your important interactions happening only with NPCs. Some greater forces are at work here in terms of economy and overarching universe faction play down the line, but at the core Elite: Dangerous feels more like a solo experience than I expected, even when tons of other people are connected at the same time. This feels jarring and uncomfortable; even though you are impacting the greater economy and “story” (which is virtually nonexistent, with only a small blurb hinting at a future developing tale right now) through your actions, you don’t run into players to run missions with or fight against. Space is lonely, and solo play gets stale before long.

However you choose to interact with the galaxy, run-ins that require combat are bound to arise. These battles are mostly fun, and there are a solid number of options and craft to upgrade your ship to perform better in these circumstances, from special weapons to ships more suited to battles over hauling goods. Outgunned ships can play hide-and-seek using heat signatures. Fights can be intense as you manage a hail of lasers and missiles and dynamically shift your power allocations during battle to core systems like shields, weapons, and engines to squeak out a win (or a getaway). Acquiring enough currency for a spiffy new ship isn’t difficult, and it can be tailored to your preferred activities. If you lose your ship to pirates or a landing mishap, you’re able to restore it for a price. Failing that, you can always default to the basic Sidewinder or delete your play file completely and start over.

Elite: Dangerous has a lot of quality single-player systems in place, even if the optional multiplayer aspects don’t quite coalesce. If repetition doesn’t bother you, and you don’t mind your journey in space being mostly solitary, you are in for a much better time than a player expecting to find intelligent life in the universe. Even then, it feels markedly barren right now in terms of gameplay. The core mechanics work well, but after you begin to experience the same missions with almost no interactions with other players, you start to crave more.

As Elite: Dangerous is continually updated, I’m hoping we get a better sense of the overarching story and our participation in it, more opportunities to have an impact in the enormous open world, and more chances to participate in activities with fellow pilots and pirates. 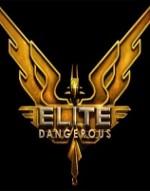 After years of dormancy, space combat titles are flying back into the limelight.

Purchase More Info
7.5
i
Game Informer's Review System
Concept Trade, pirate, battle, and explore in an open-world space sim
Graphics Things look crisp and clean, effectively relaying your journey through the massive galaxy
Sound Stock laser, warping, docking, and other spacey sound effects do an adequate job of immersing the player in the experience
Playability Controls can be a daunting hurdle to get the hang of, but space exploration is easy and intuitive with some practice. Oculus Rift is a supported option for those who have the device
Entertainment Despite a solid framework for an incredible game, right now the title can feel barren and lacking in variety
Replay Moderate