A certain cathartic element exists in every Dynasty Warriors game. Running around a field tapping away at the attack button to destroy hundreds of enemies at a time offers a special feeling of power that only video games can achieve. Unfortunately, that feeling wears off in Dynasty Warriors 8 before you even make it to the end of the first level.

The very selling point of the game – the ability to take on hundreds of soldiers at a time – is also its downside. Your goal is to take out the officers and generals of the armies in order to open doorways to move to the next area of a level. It doesn’t take long to learn that wasting your time with the fodder isn’t necessary. This knowledge makes combat feel increasingly tedious to the point that you may struggle to stay engaged.

The uninspired level designs don’t help matters, either. They’re basically arbitrary mazes that would be impossible to navigate without the giant on-screen map taking up nearly a quarter of the screen.

Developer Omega Force made a few changes to combat to address annoyances from previous installments. Mounting a horse, for example, is much faster. The new counter system alleviates frustration with generals, who stubbornly refuse to open themselves up to attack. These additions speed up combat in small ways, and the pacing of battle is better for it.

Finding incentive to keep going is Dynasty Warrior 8’s most difficult challenge. The game offers plenty of weapons suitable for different play styles, but none of them change the combat in significant ways. Whether you’re using a sword, a giant mallet, or even a flute, you’re still walking up to a group and hitting the attack button until you’ve thinned the enemy enough to move to the next group. The game offers a huge roster of more than 70 playable characters, but with the exception of heavyset soldiers versus smaller ones, they don’t move or feel different. The weapons are what define the combat style.

The story is still based on the Romance of the Three Kingdoms novel, offering a loose interpretation of the events in the famous book. You choose your faction and take on the role of assorted officers of the armies during the many battles being fought for control of China. Each battle lets you choose from a few different officers. Powerful generals sacrifice themselves for the greater good of the faction you’ve chosen, and allegiances are tested, but any tension or drama that could be derived from these moments are quickly deflated thanks to terrible voice performances and bizarre animations in which every character seems to be posing for an action shot.

The story can travel in new ‘what if’ directions that toy with the Chinese history Dynasty Warriors uses as a backdrop. Depending on your execution of certain goals within battles, the story can branch. Leaders can live beyond the wars that history doomed them to die during changing the story. Longtime followers of the series might find these new story directions interesting, but for newcomers it hinders the series’ tradition retelling of Chinese history in a focused, stylish way.

Online and offline two-player co-op in the story campaign is new to Dynasty Warriors 8. Unfortunately, the game doesn’t offer drop-in-drop-out options, so you need to make and commit to your multiplayer decisions before the start of battle. The game takes a slight framerate hit when splitting the screen, but co-op is otherwise functional. You can gain more weapons and money by playing co-op, and there is a bonus for activating simultaneous Musou attacks in close proximity, but otherwise Omega Force made no drastic gameplay changes to take advantage of an extra human player.

The best addition to Dynasty Warriors 8 is the Ambition mode. Ambition still puts you in control of a general fighting huge battles, but the rewards are more interesting than leveling up your character or advancing the basic story. In this mode, you are building a Tonquetai palace. As you fight, you gain materials and allies to expand your palace and its nearby town. Watching it grow and adding new elements is a far more enticing reason to enter into battle, but it does nothing to make the actual act of fighting more compelling. You still experience combat boredom alongside the soldiers who get in the way of your blade, but the result is a new addition for your tea shop instead of a terribly acted cutscene.

Dynasty Warriors 8 attempts to change the series’ long-standing formula with the addition of the Ambition mode and history-altering storylines. Combat is tedious, however, and it still defines the majority of the experience. 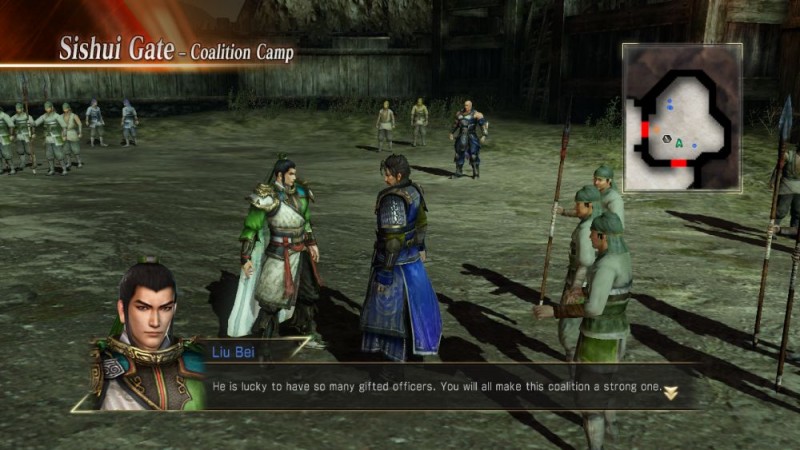 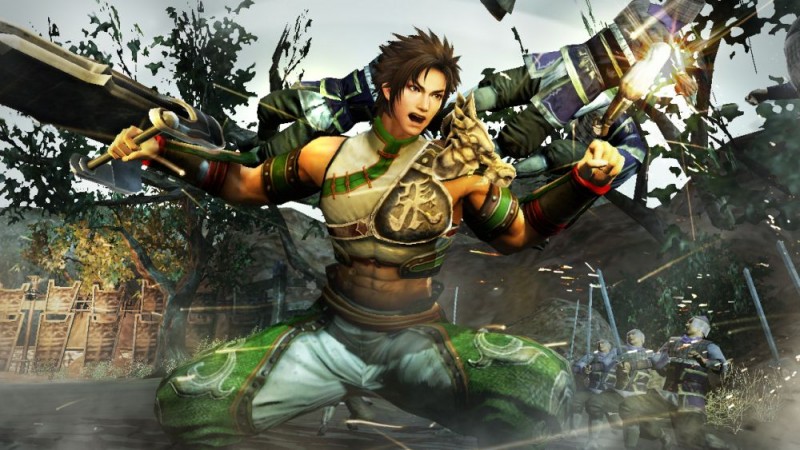 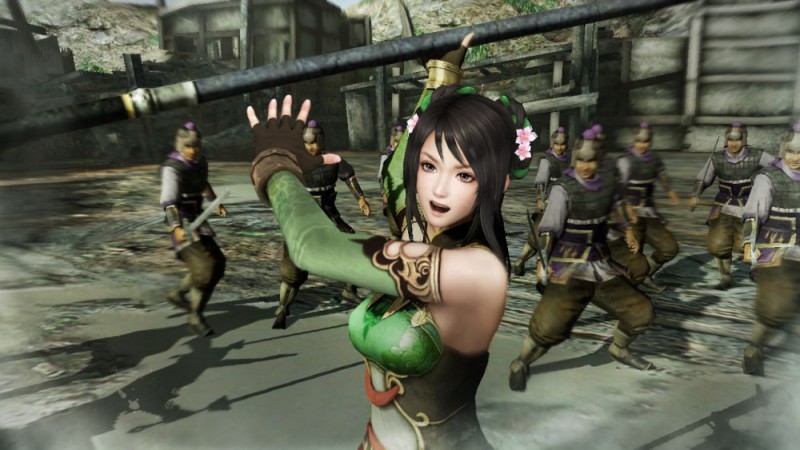 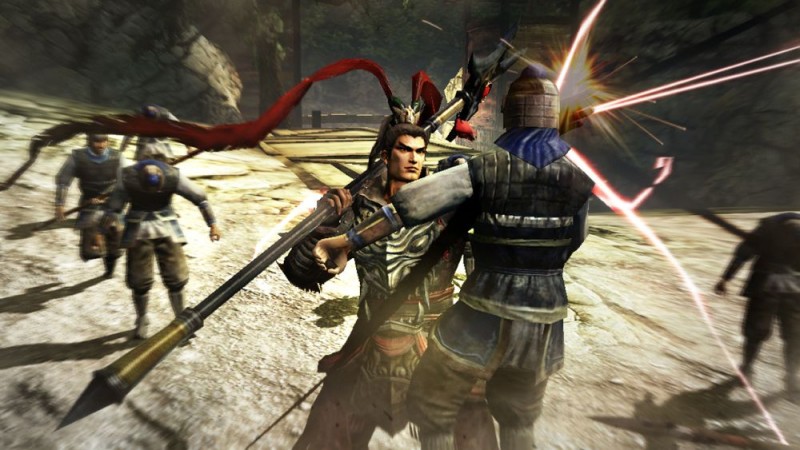 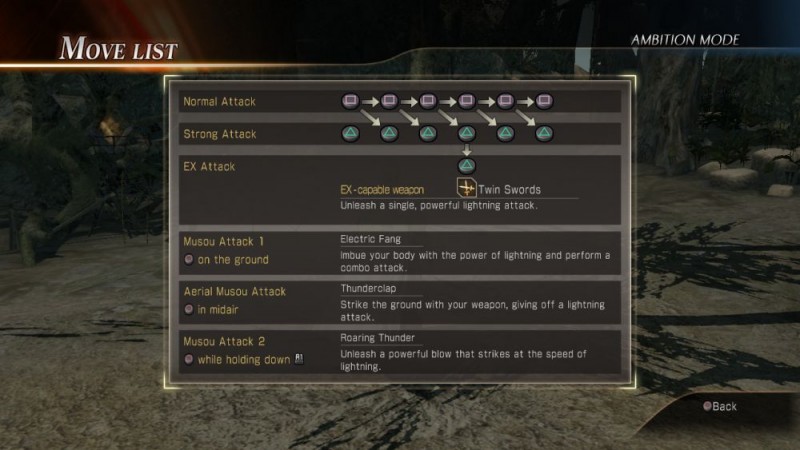 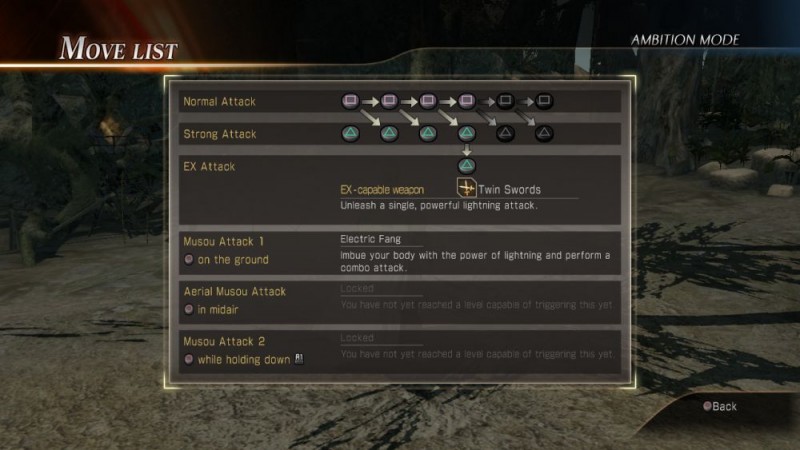 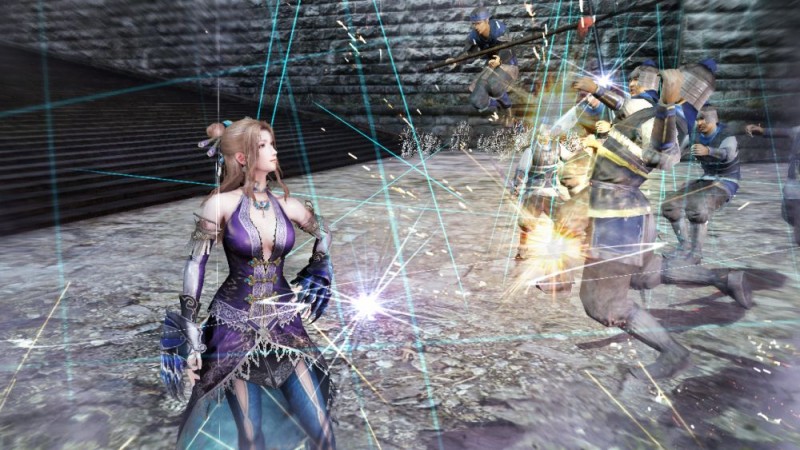 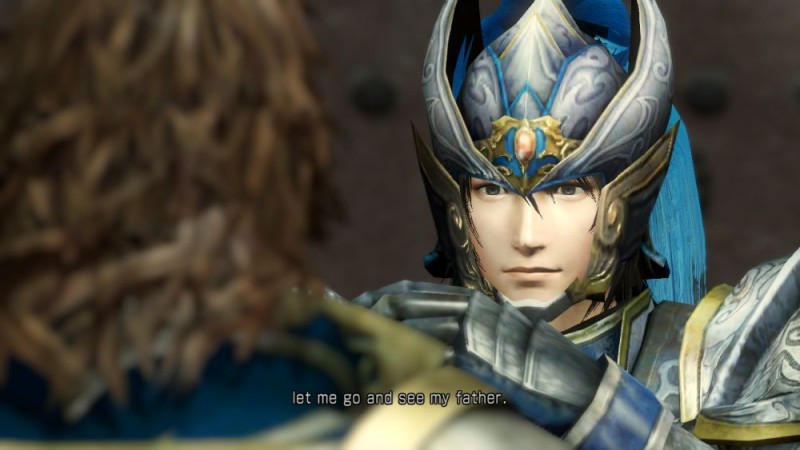 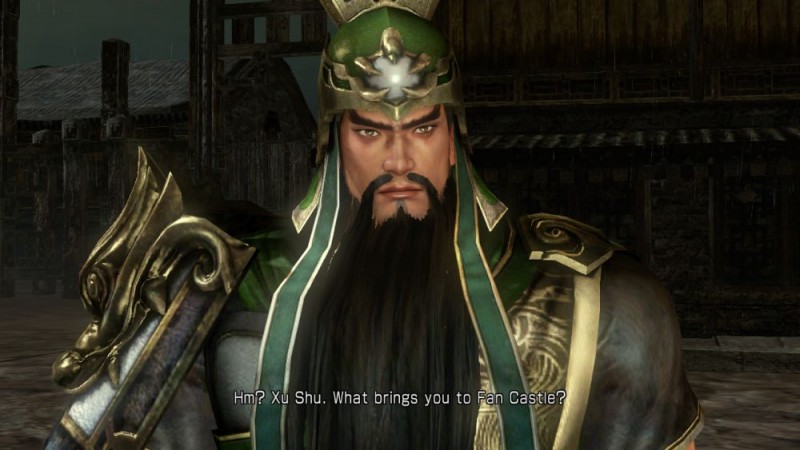 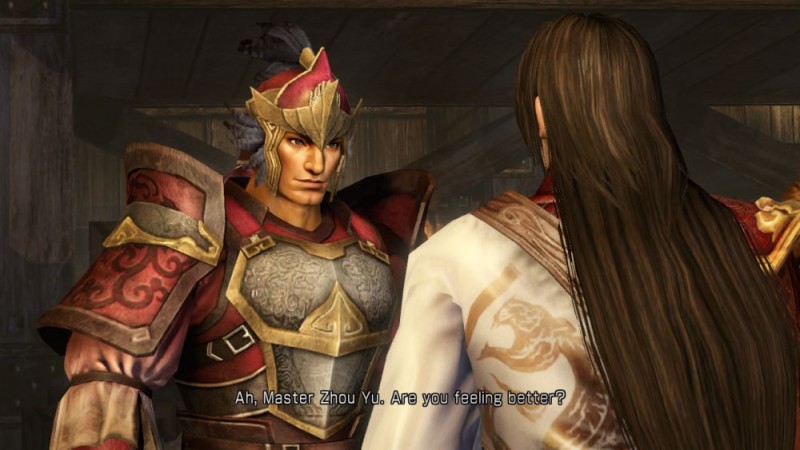 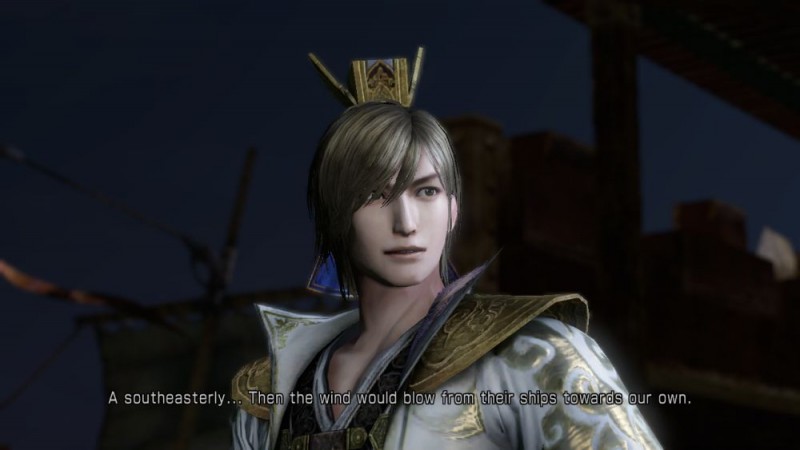 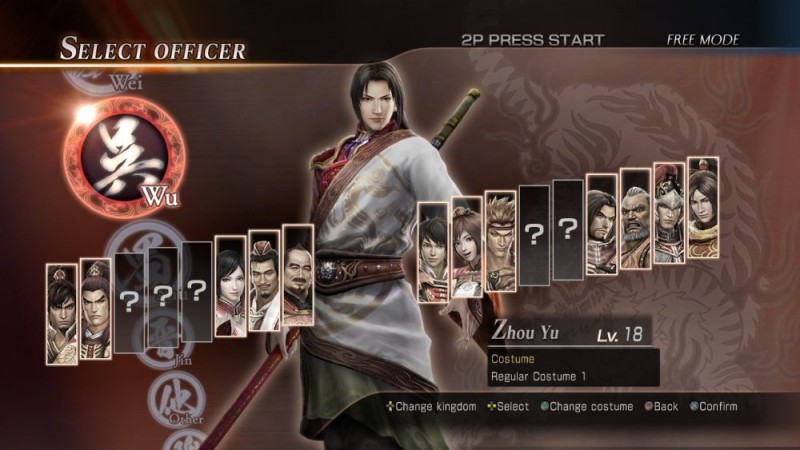 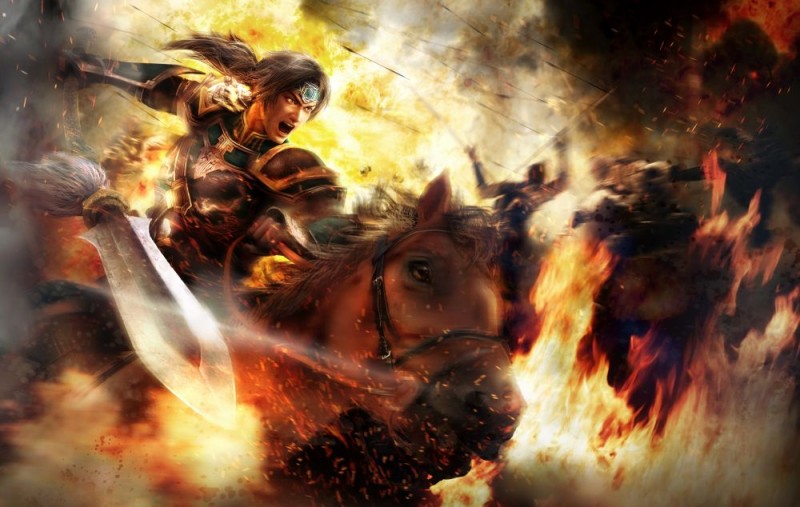 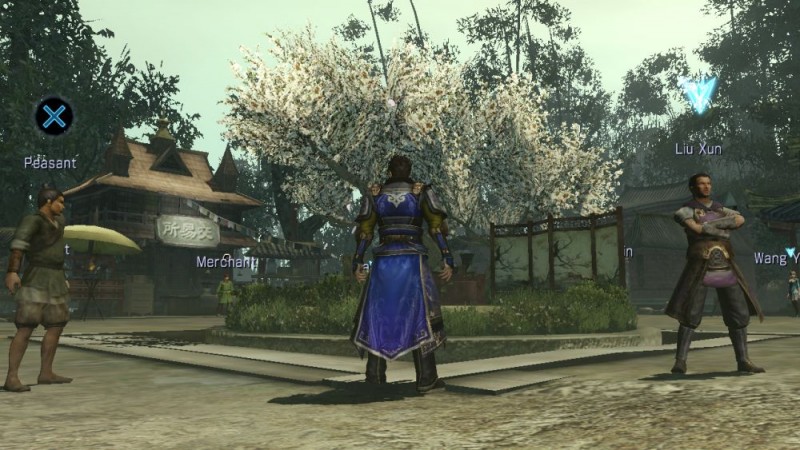 6
About Game Informer's review system
Concept
Take on hundreds of enemies as an overpowered general in medieval China – all while trying to avoid boredom
Graphics
Character models are varied and interesting, but do little to bring themselves up to the standards of the modern generation. Some of the textures in the environments are laughably bad
Sound
The wailing distorted guitars of the rock soundtrack make for an odd fit, but it’s hard to imagine Dynasty Warriors without them. The voice performances are terrible to the point it makes you wonder if professional actors were even hired
Playability
Attack combos are easy to pull off, and characters move fluidly. Unfortunately, frequent slowdown makes the game feel sluggish
Entertainment
You can find a certain level of joy from swinging your sword to take out 50 enemies at a time, but it’s a short-lived due to repetition
Replay
Moderate 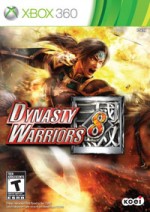