The easiest way to describe Dust: An Elysian Tail is by positioning it as an intersection between other popular titles, like Metroid meets Odin Sphere, or Devil May Cry meets Castlevania. While those descriptions cover the basics, Dust does not merely mimic tried-and-true mechanics. Elements of the combat, progression, and art style may have roots in other games, but they weave together in thrilling and unfamiliar ways.

This Xbox Live Arcade title combines 2D exploration, fluid melee battles, and role-playing elements into a hybrid that encompasses some of my favorite things about gaming. The titular hero, Dust, is a master of swordplay. By chaining together button presses, players initiate flashy combos that cut through hordes of bad guys with flair. Add in the ability to channel magic through Dust’s sword, and even regular encounters become effect-laden spectacles. The aftermath of a fight – items and money littering the ground – is extremely satisfying, especially since Dust can equip new weapons and armor he finds (or buys) to improve his abilities.

The action looks stylish and the controls feel great, but they rarely get complicated. Dust isn’t Bayonetta; players have just enough options to encourage diversity and discourage button mashing, but not so many that any get buried in a list of combos. That works, but a little more depth might have helped with Dust’s biggest shortcoming: boss battles. These clashes do not put players skills to the test, since every boss is comically simple. I beat them in about 30 seconds each, except the final boss who has multiple 30-second forms. You could just choose a harder setting, but be advised that once you start the game, you can’t switch the difficulty.

Dust’s distinctive art style is the icing on the cake, ensuring that the action is just as fun to watch as it is to control. The main character’s animation is particularly stunning, and though the enemies don’t move as smoothly, their designs are still cool. In the face of all that visual splendor, I was surprised by how much I hated the design of incidental characters. The issue isn’t whether or not you’re into cutesy human/animal things, it’s that their portraits during dialogue and cutscenes look fan-made rather than professionally crafted. They aren’t awful, but the amateurish style is sharply at odds with the impressive visuals you’re treated to while exploring and fighting.

Despite sticking to familiar themes like graveyards, caves, and snowy mountains, the environments are still a feast for the eyes. If the flowing lava and glowing rocks of your volcano level can still grab a gamer’s attention, then you’re doing something right.

Another benefit to the level design is that it encourages players to keep revisiting areas. As Dust gains new abilities, like sliding or double-jumping, he can go back to explore previously inaccessible areas. I never felt like I was doing too much backtracking, because the rewards usually justify the effort. An awesome weapon blueprint (which you can then assemble with the simple-but-fun crafting system) or permanent health bonus are well worth the slight detours they require.

Every gamer has spent time daydreaming about their perfect game, mentally mixing and matching different concepts and mechanics into a hypothetical supergame. Instead of just daydreaming, Dean Dodrill decided to make it happen. Dodrill is the one-man team behind developer Humble Hearts, and Dust: An Elysian Tail is the triumph that resulted from his efforts. 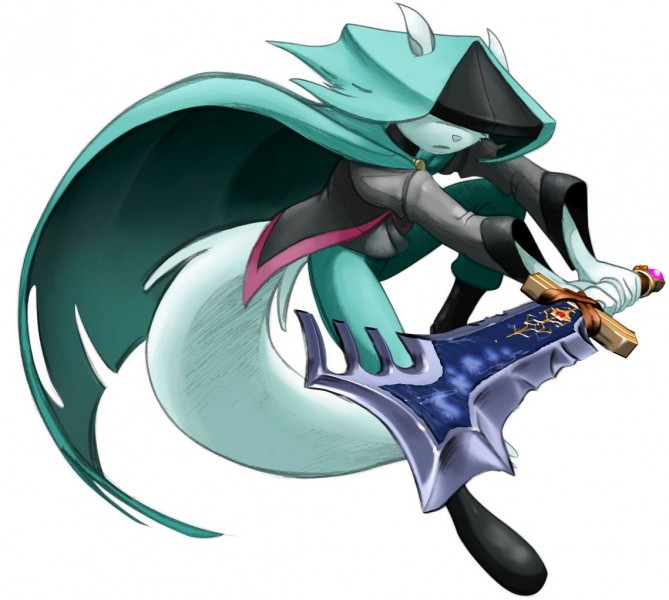 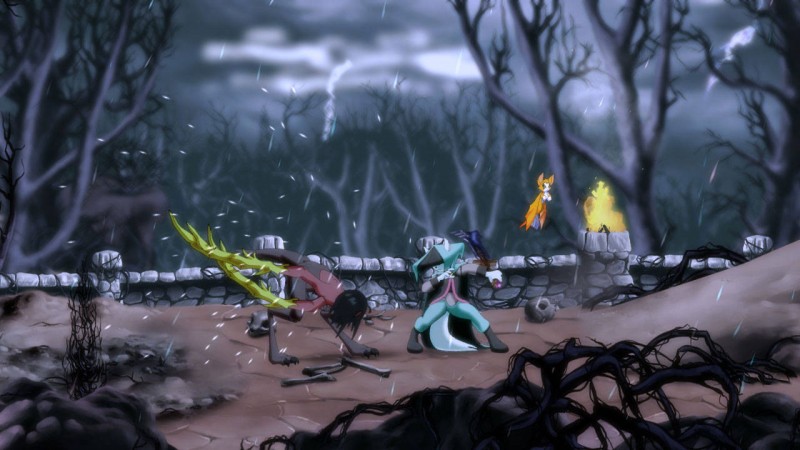 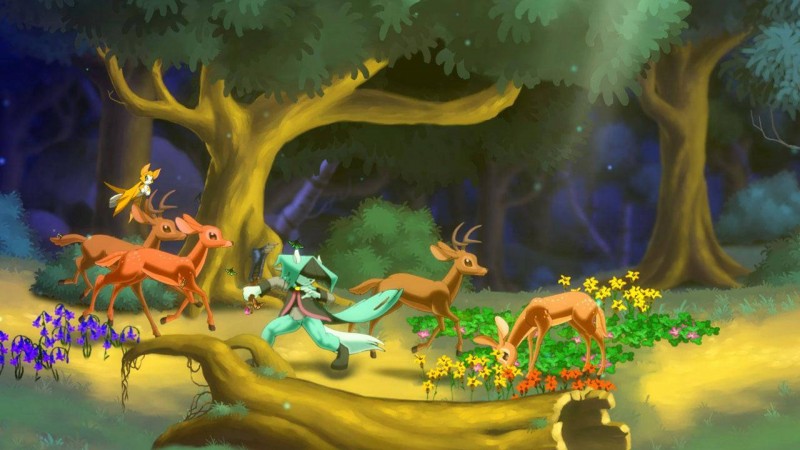 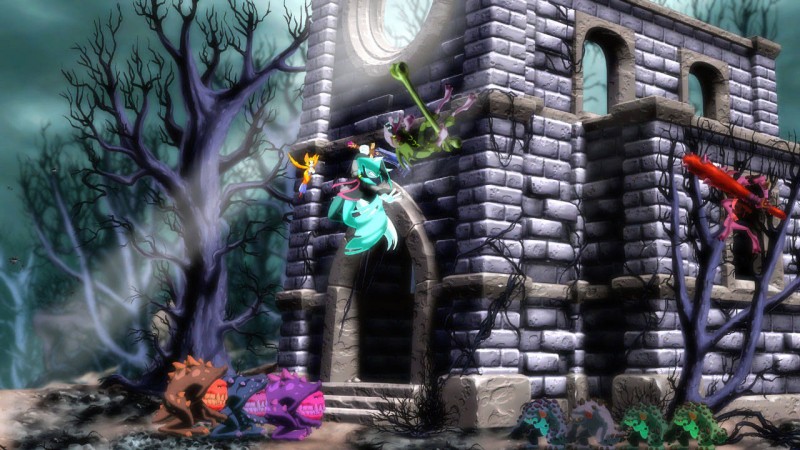 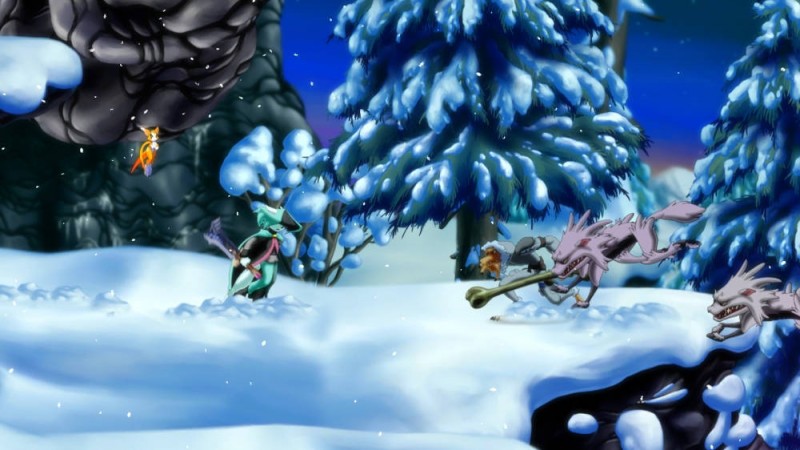 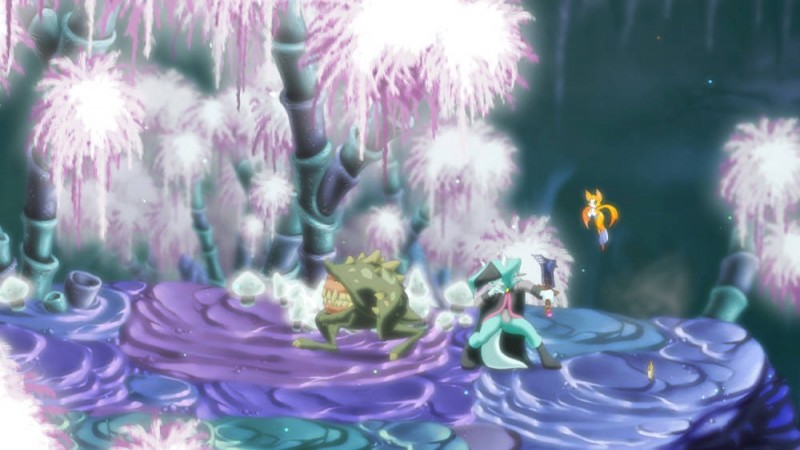 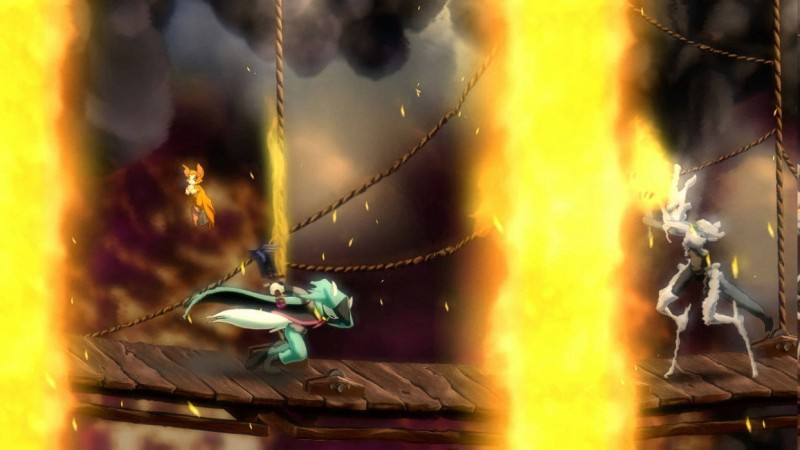 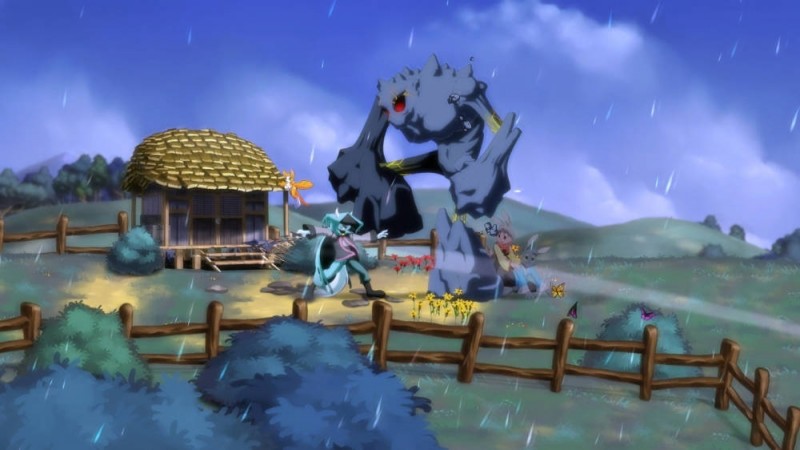 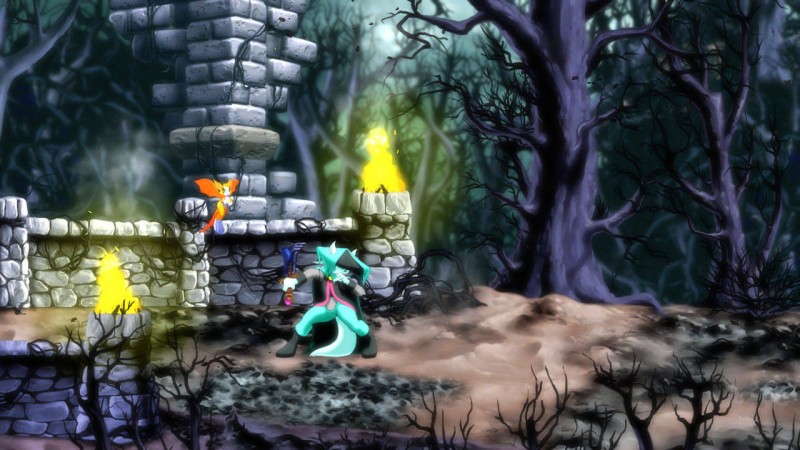 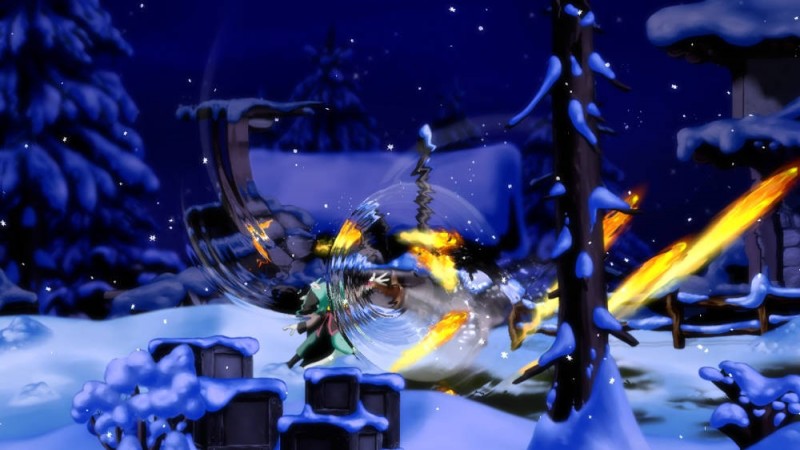 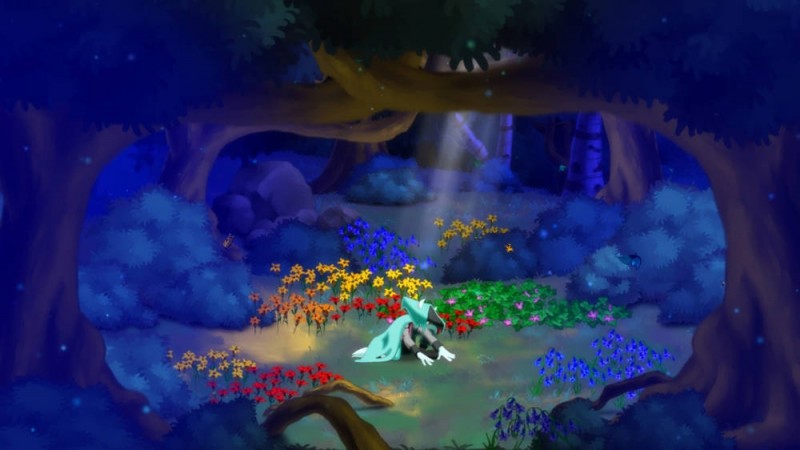 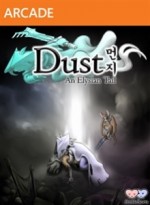 Every gamer has spent time daydreaming about their perfect game, mentally mixing and matching different concepts and mechanics into a hypothetical supergame.

Purchase More Info
8.75
i
Game Informer's Review System
Concept Great ideas from across genres converge in a classically styled side-scrolling action/RPG
Graphics Animations and environments are great, but the character portraits during dialogue and cutscenes look like they’re in the wrong game
Sound The soundtrack has a few excellent tracks, and the voice acting is good – though I couldn’t stand Dust’s sidekick
Playability Combat starts simple, but evolves to give players all the variety they need while remaining easy to control
Entertainment I was sold after the first real combat encounter, when I realized that the whole game would be that fluid and fun
Replay Moderate