Yager Shows Off Deep Customization, New Lighting Storm-Plagued Map For Dreadnought
by Mike Futter on Aug 07, 2015 at 10:55 AM My enjoyment of Dreadnought over the past year has been well recorded in past previews from PAX Prime 2014 and PAX East 2015. The slower-paced combat with giant ships the size of the Millennium Falcon and Battlestar Galactica has a distinctly different feel than other games featuring spacecraft.

At Gamescom, Yager showed off a new map and the long-promised customization options that have either strategic and cosmetic impact. The ship bay allows players to tailor one of the approximately two dozen ships with a different secondary weapons, abilities, and crew. You can create a large ship that gets up close by warping to execute a brutal broadside attack, or tweak the same ship to fight at medium distance with a different loadout of missiles and defensive items.

Will your speedy ship serve as support by repairing friendly units, or will you use a cloaking device to get in close and scout enemy positions? Different crew members can be applied to the ship to further enhance your build, with a variety of bonuses that complement weapon selection.

Of course, Yager and publisher Greybox are likely to make their money with the other kind of customization. We had a chance to check out a few of the ships with multiple parts that can be swapped in for different aesthetic effects. The changes are handled piecemeal, so you can mix and match different styles and tie them together with a color or camo scheme.

After you've done all that, you can bring the ship into the fight. We did just that on a new map called Canyon.

The primary feature on this map is the gorgeous thunder storm, complete with lightning strikes. Those don't have a gameplay impact yet, though it would be mighty cool if that were a map-based hazard introduced down the line.

The map features a variety of terrain, though most of it seems lower to the ground. This means that you'll need to navigate very carefully around corners, lest you expose yourself to the enemy's full fleet without room to retreat.

Both the team deathmatch and team elimination mode are unchanged since I last played, but that's not a bad thing. Dreadnought is coming together nicely, though the team needs a bit more time before closed beta will become available. 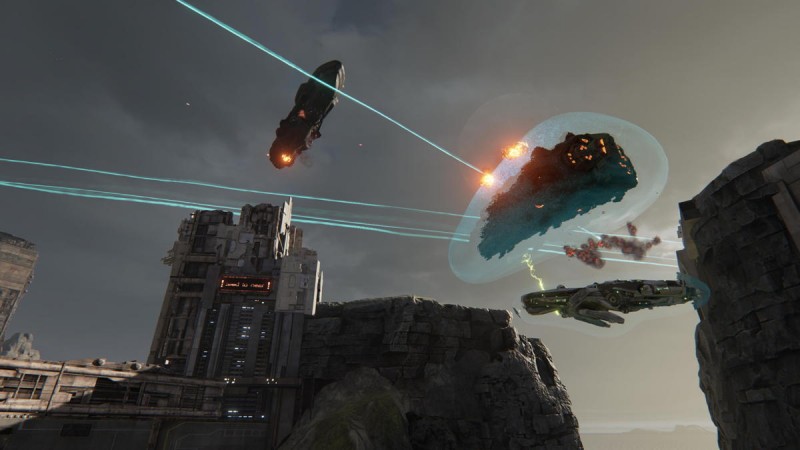 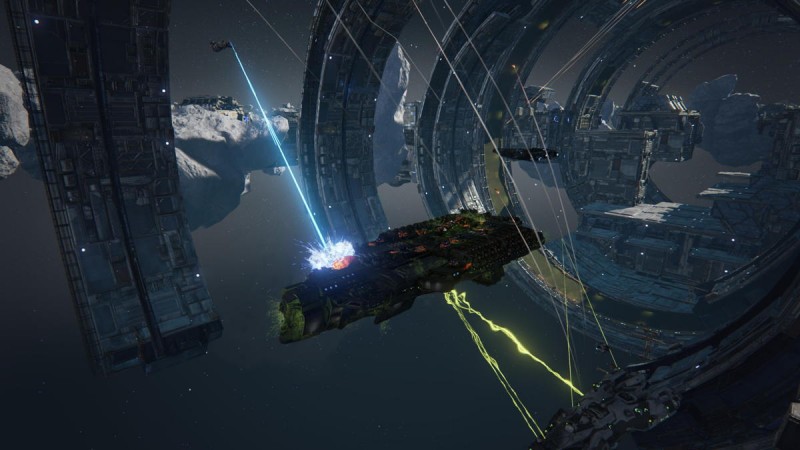 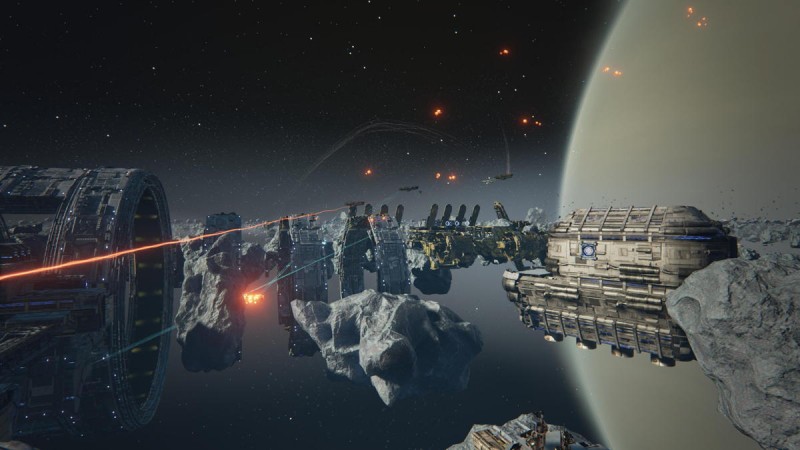 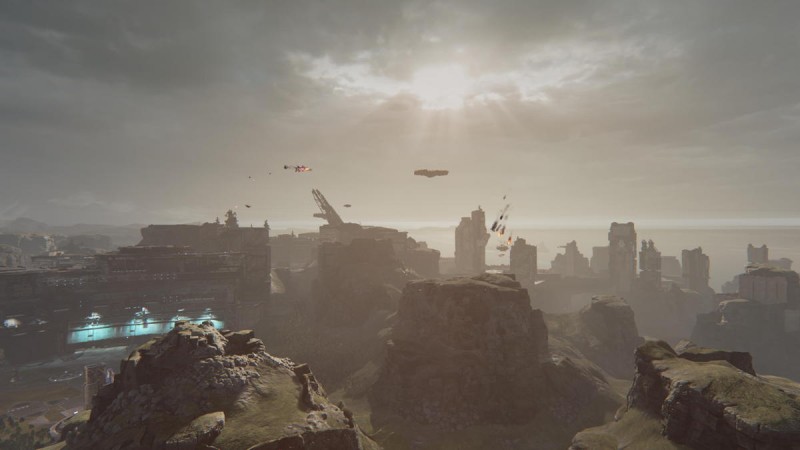 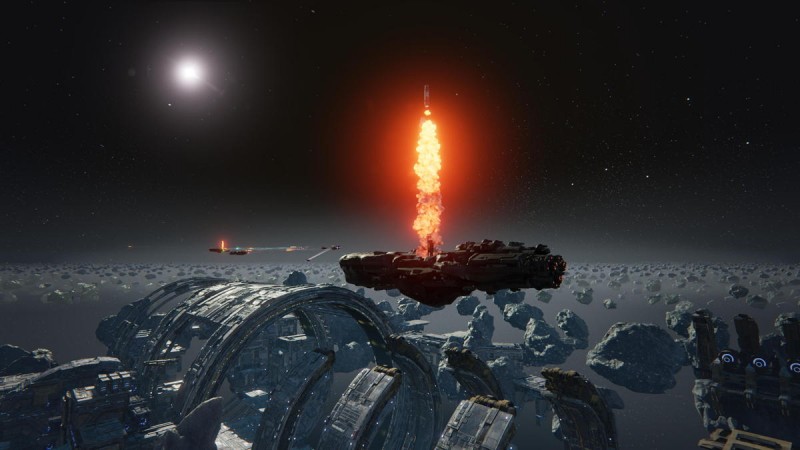 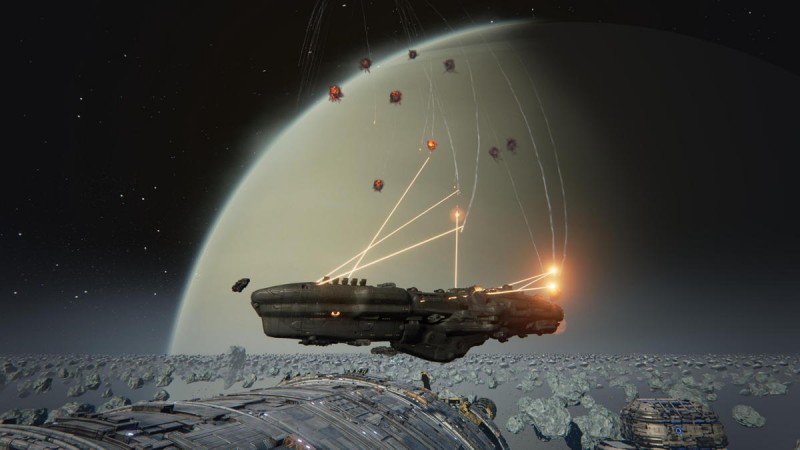 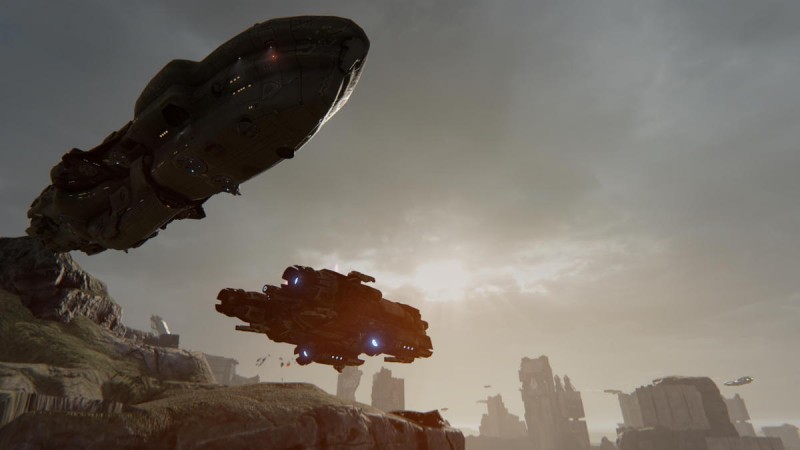 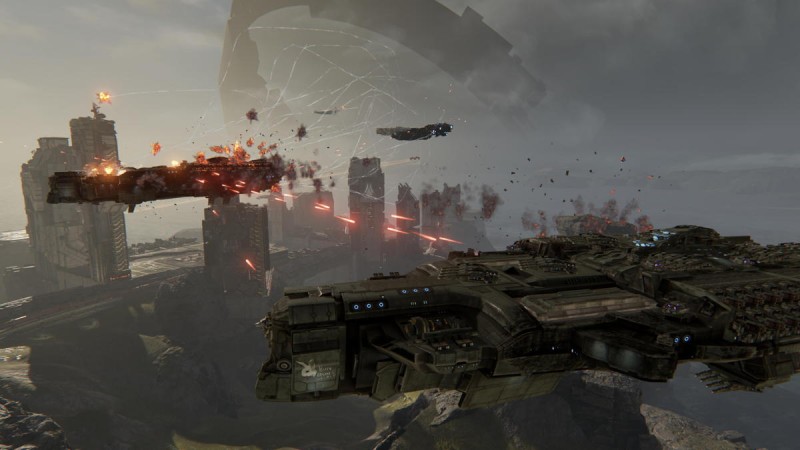 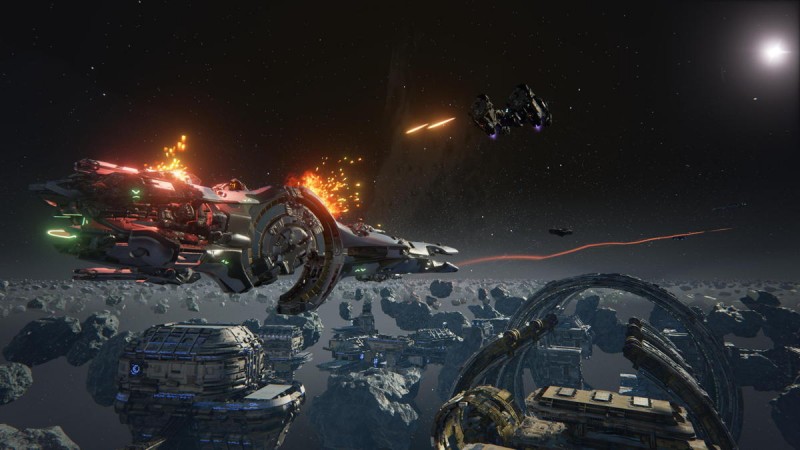