The many arcade brawlers of the ‘80s and ‘90s offer fun but concise cooperative adventures uniquely suited to popping in quarters for a quick playthrough. Before I began playing, I worried Dragon’s Crown might be equally brief, and less appropriate for modern platforms. My concern was unwarranted. Dragon’s Crown is a lengthy, rich adventure filled with enough quests to complete and skills to unlock to keep a player busy for dozens of hours. Its breathtaking art style made me stop more than once just to admire the backgrounds, and the gameplay is simple and hard to put down. Even with some structural missteps, I’m amazed how much I’m still enjoying the game with over 30 hours on the clock.

The legacy of the ‘90s-era brawlers looms large in Dragon’s Crown. That simple gameplay carries over, focusing on side-scrolling action stages, simple controls, and a varied collection of enemies and bosses to confront. Flashy spell effects and area clearing shockwaves make each character exciting to play from the beginning, but keeping track of the onscreen action is sometimes impossible as the colors and explosions start to fly.

To update the classic formula, Vanillaware added a city hub where players buy equipment, acquire character skills, resurrect allies, and trace a threadbare fantasy story of royal succession and ancient dragons. The town hub adds depth and customization to the experience as you shape a character to your goals. Different upgrade and equipment choices change the nature of your attacks and defenses, lending an RPG flair to the otherwise action-focused experience. If playing solo or below the four-player team size, AI-controlled allies can join you on each mission, further customizing difficulty and the degree of onscreen mayhem. I love the variety of upgrade and play modification choices, especially since each of the six classes has a distinct set of abilities, combat maneuvers, and spells to explore. Some classes, like the fighter and amazon, offer a more traditional hack-and-slash experience, while the archer and wizard are more strategic; all are balanced and enjoyable, even if the differences might not be enough to justify a playthrough of each.

The nine lengthy levels run the gamut of fantasy tropes, including a trek into the lost woods, a climb up the mage’s tower, and an expedition into the ruins of a timeworn city. Intriguing monsters populate these levels, many of which employ distinct tactics to keep you on your toes. Cultist wizards are able to teleport, and vengeful ghosts are only vulnerable to light and fire. However, the end-of-stage bosses steal the show. One battle has you slashing away at a kraken as its tentacles flail and tear down the ­environment around you. Another sets you against a horde of vicious pirates, with a genie’s magic lamp thrown into the mix for whichever side can grab it first. You redo these stages and bosses several times in the pursuit of different quests and higher levels. The grind is noticeable, and can be a turn-off. The repetition is alleviated by two factors. First, monsters and their placement changes up for subsequent playthroughs. Second, once you get about a third of the way through the main quest, a second path opens up in all nine stages, complete with new boss fights.

I love the core gameplay loop of battling in the wilderness, and then returning to town to recharge and improve. I wish I could be as enthusiastic about some of the structural constraints. Four-player local play is open from the beginning, but only the first player’s character advances through the story progression. If you happen to be in the second or third player slot, your character advances in level, but not through the story. Meanwhile, online play remains locked until you reach an arbitrary point several hours into the storyline. With such potential for enjoyable multiplayer, these two barriers are tragic.

While they don’t affect enjoyment nearly as much as the multiplayer nonsense, I was also confused by the scoring and treasure system. Vanillaware offers little explanation to these systems or their importance to your character’s growth, and I often found myself wondering why I got a certain treasure rating, or why one level’s score (which connects to your earned XP) seemed so much higher than another. I recommend glossing over these confusions and focusing on the fun of beating up monsters.

Dragon’s Crown is filled with small touches to enrich your play time, and these features layer in every few hours to help keep the experience fresh. Treasure hunting with an onscreen pointer offers an optional way to get more loot, even if it distracts from the action. Rune magic lets you explore spell effects hidden in the level backgrounds. Later still, cooking between adventures provides a way to refuel characters without returning to town. Finally, after beating the game, a new hard mode offers dramatically more challenging versions of the familiar levels and bosses, effectively adding a new game+ option.

It’s clear that Vanillaware has a fervent love for the roots of the role-playing genre. Nods to old tabletop gaming abound, up to and including a dungeon master-like narrator who carries you through the story. Even so, Dragon’s Crown needn’t be a niche title; its accessible combat and rewarding upgrades are great fun for any action fan. In particular, if you have fond memories of days spent gathered in dim arcades with friends, wasting enemies and quarters in equal measure, then this is a surefire hit. Dragon’s Crown is proof that the cooperative brawler isn’t dead. 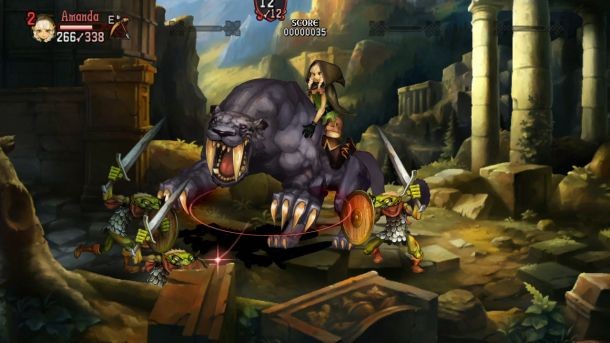 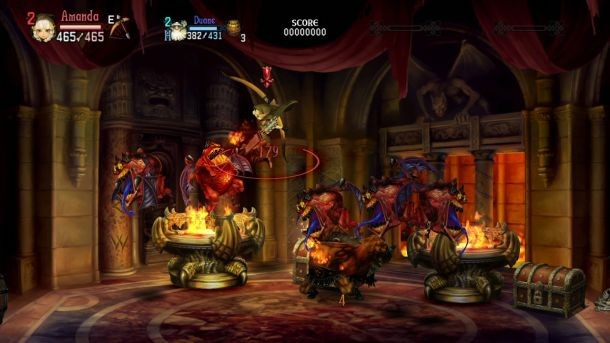 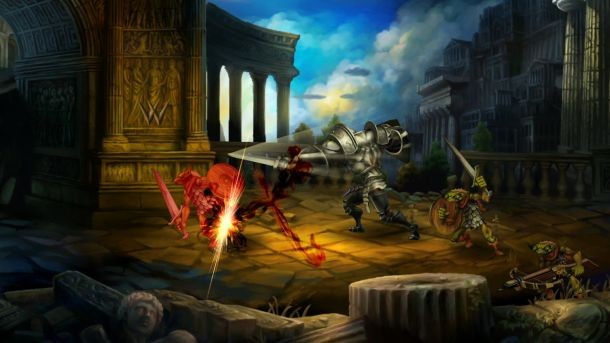 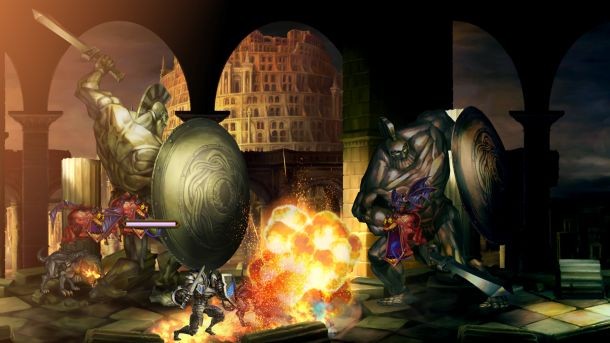 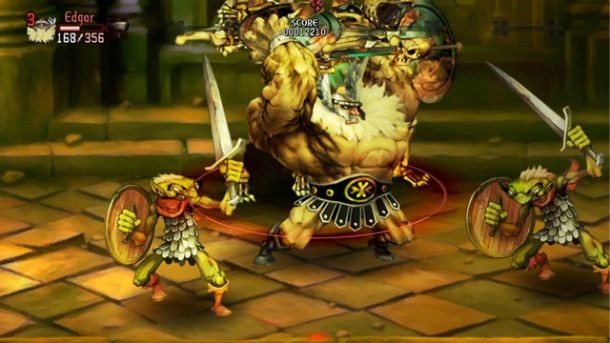 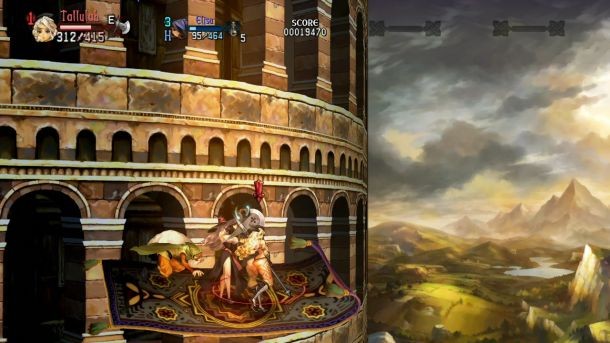 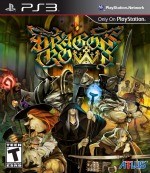 Purchase More Info
8
i
Game Informer's Review System
Concept Update the classic brawler formula through RPG leveling mechanics and a sizable, challenging adventure
Graphics Hand-drawn character, monster, and background art are beautiful to behold, even if a couple of the hyper-sexualized character models are ridiculous
Sound Neither the standard fantasy music nor limited voiceover work do much to elevate the experience. Battle sound effects are appropriately exciting
Playability Excellent controls give players plenty of options for how to play, but the menus, treasure, and scoring system are poorly explained
Entertainment A grand adventure squarely targeted at fans of old-school beat ‘em ups, with enough modern features to hold its own
Replay Moderate