When I think of Doom, two things come to mind: its colorful, over-the-top violence and its ridiculous speed. If you take either of those things out of the equation, what you have isn’t id Software’s infamous shooter but something lesser. This creates an interesting problem since virtual reality isn’t made for fast speed due to its ability to make people nauseated. Doom VFR tries to circumvent VR’s locomotion issue by giving you a teleporter function, but at the end of the day, this mini-campaign feels like a hobbled stroll through an amusement park instead of the frenzied, fantastic fight-or-die dance that makes Doom so special.

A series of combat arenas spread over four hours, VFR puts you in the shoes of a mostly-dead scientist who talks way too much as he tries to shut down a portal to hell with a combat suit he’s piloting from beyond the grave. Your left controller functions as your movement control, letting you slow down time to hop from place to place, while the right controller handles both your weapon wheel and combat functions. The control scheme is straightforward but takes getting used to, especially when it comes to secondary weapon functions. Even once you understand the controls, technical niggles still disrupt the experience. For example, sometimes you won’t jump to a spot you’ve marked due to the finicky controls, so you have to go through the same process again and hope you actually teleport this time. The delay means instant death during certain encounters. The weapon wheel is also problematic since it likes to spin past the weapon you intend to select, often disrupting the rhythm of combat.

The combat arenas are mostly levels from the 2016 reboot, like the reactor room or Titan’s Realm, and many of these levels don’t feel like they’re made for your teleporting function. Bars, computers, and giant spikes sticking in the ground often block your path. This makes escapes and daring maneuvers, which should feel exciting, like a chore. The game also lack ammo, including the ammo you rarely get from killing enemies, meaning unless you’re sharpshooting, it’s easy to end up just with your pistol to take on enemies that can devastate you in one hit. Despite these shortcomings, combat does have some nice moments. Slowing down time when you use your teleporter to watch the rocket you just fired turn an imp into fine paste is satisfying but the flip side of this is Glory Kills, that were an essential part of Dooms’s finely tuned combat, have been replaced by you simply teleporting inside weakened enemies and making them explode. Gory, sure, but it lacks the bone-crunching variety and thrills of the Glory Kills.

Between arena combat sequences, you have several chores to complete, like fetching keycards and new hacking sequences that failed to draw me into the setting and left me feeling irked more than anything else. Those just looking to be immersed by being inside the UAC facility, Mars, or Hell will also be disappointed. Despite playing the game on a high-end machine, the graphics for Doom VFR are blurry, both from afar and up close, and the textures are muddy – worse even than the Switch version’s visual downgrade. I spent far more time wincing at how bad everything looked than being immersed inside the creepy, demon-infested sci-fi base.

As a huge fan of Doom and someone interested in the possibilities of virtual reality, I came away from VFR immensely disappointed. Outside of some nifty moments involving the slo-mo mechanic, VFR just isn’t compelling. The finicky teleporting mechanic hinders movement, the levels don’t accommodate VR well, the protagonist is annoying, and the combat isn’t fun. The biggest selling point for VFR is that it’s a full campaign in virtual reality, but with stiff competition in the genre like Robo Recall and Superhot VR, it’s hard for me to recommend Doom VFR to anyone.

The PSVR Edge
If you have the option, it’s definitely best to play Doom VFR on PSVR with the VR Aim Controller.  The game’s visuals look equally bad on Vive and PSVR so you’re not really sacrificing anything except for load times, which are faster on Vive, and the VR Aim Controller is much more elegant than either the Vive or PlayStation Move controllers. 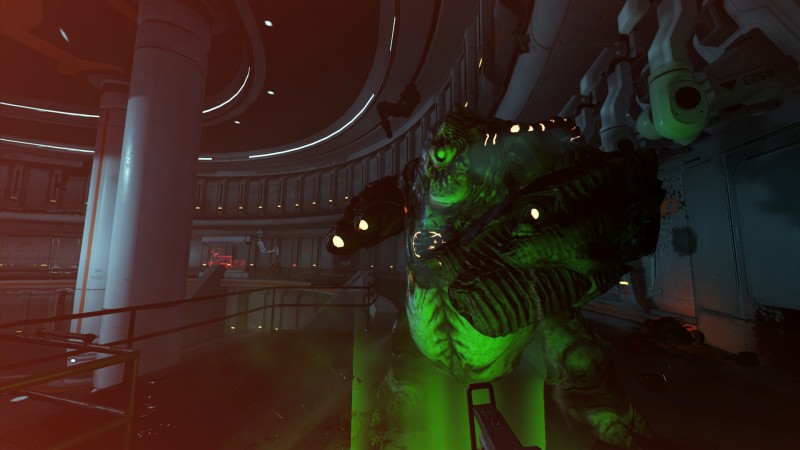 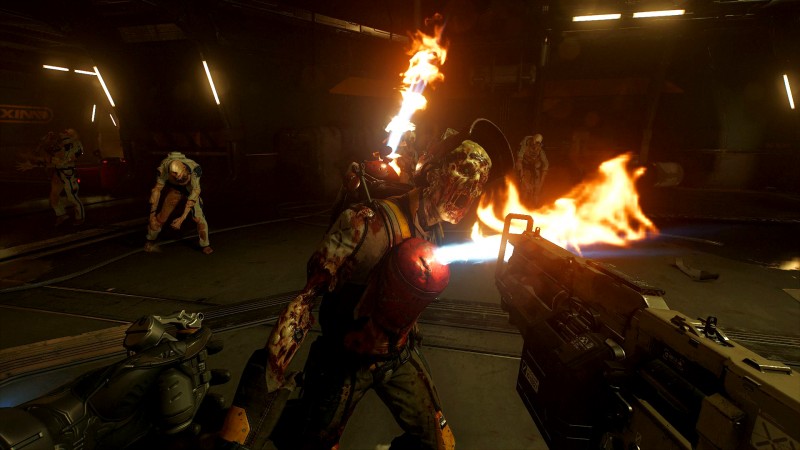 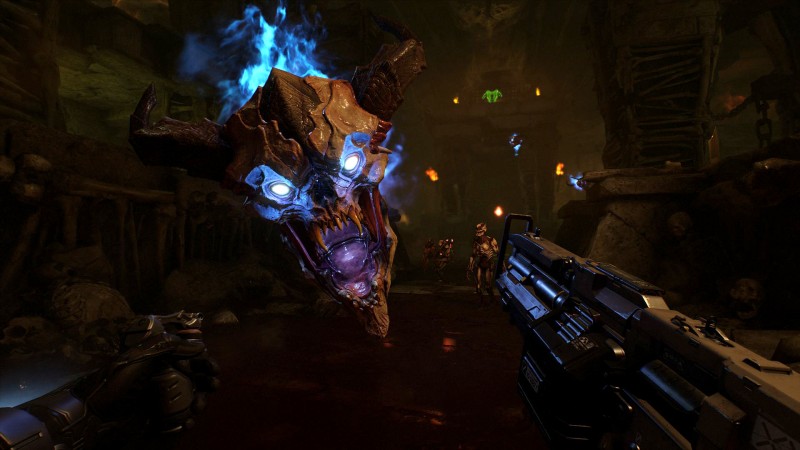 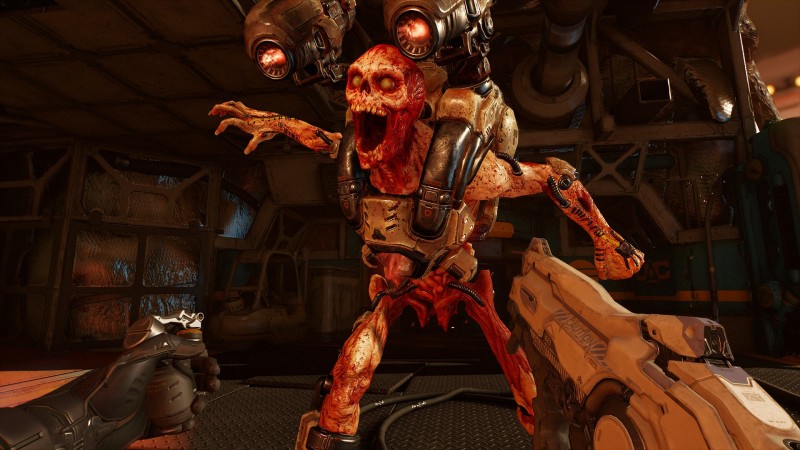 5
About Game Informer's review system
Concept
Play an all new campaign of Doom in virtual reality
Graphics
The muddiest version of Doom, with character models and objects in the distance often being brown and red blurs
Sound
The classic weapon sounds and Mick Gordon’s blaring soundtrack are all here
Playability
The teleport movement function mostly works but it doesn’t make the lack of leg movement in Doom any less strange, and the weapon wheel is a pain to use
Entertainment
Doom VFR is a short experience that has a couple of high points but mostly struggles to work as both a VR shooter and a Doom entry
Replay
Low 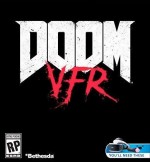