2010’s Donkey Kong Country Returns would have sold well on nostalgia value alone, but Nintendo made the right move by putting the talented Retro Studios on the project. The end result was a challenging and beautiful platformer that managed to eclipse the entries in the Super Nintendo series. Its 3DS version maintains the high quality bar set by the original, and adds some new features that make its daunting challenge more accessible.

Upon starting a new game, you have the option of choosing original mode or new mode. The former is the same as the Wii version, while the latter helps those that aren’t great at platformers. Instead of the two hearts Donkey Kong usually starts with, you begin with three. In addition (and more importantly), new items at Cranky Kong’s shop greatly help the ape on his quest for bananas.

Crash guard allows your cart or rocket to take two free hits, green balloons save you from falling into pits, and DK barrels allow you to summon Diddy Kong and refill your hearts at any point in a level. Once you beat the standard eight worlds, you can even purchase the orbs needed for the Golden Temple if you don’t want to spend the time getting every KONG letter.

While I enjoyed the extreme challenge of collecting all the letters and conquering the Golden Temple in the original game, I feel that these items make the game more enjoyable without taking away too much of the difficulty. None of them beat the levels for you, so you still need to memorize the layouts of mine cart levels and make sure you’re paying attention to boss patterns.

Some tradeoffs have been made in the downsizing. If you’re playing on the standard 3DS, your character and the enemies are a bit too small when they’re shot into the background of stages. If you have a 3DS XL, it certainly helps with this problem. Characters and stages still look great, but the framerate isn’t quite as smooth as the Wii original. Outside of these two slight issues, it’s largely the same game. Co-op play is back as well, allowing you to play with a local 3DS owner.

Fans of the original should find themselves enjoying this 3DS release, as it’s great to perform DK’s various moves without the use of any motion controls. It also features eight solid post-game bonus stages that weren’t in the Wii version. For those that haven’t played the fantastic original, you’ll find one of this generation’s best platformers in Donkey Kong Country Returns 3D. 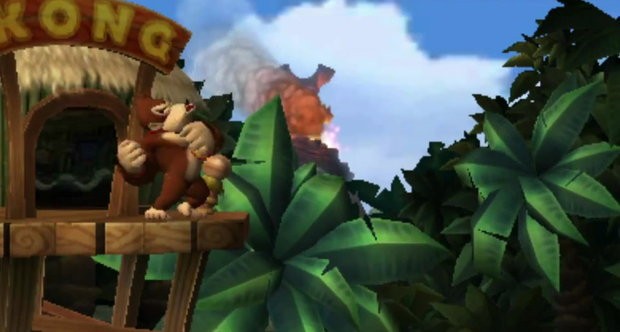 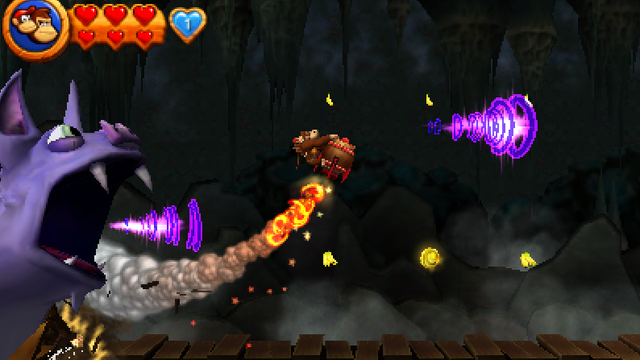 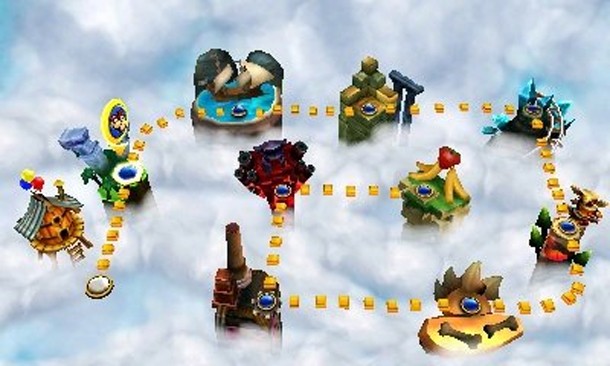 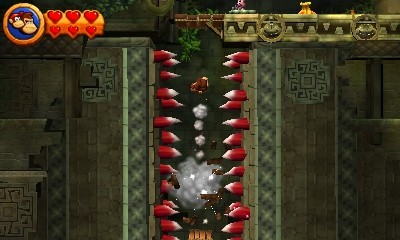 8.5
About Game Informer's review system
Concept
Bring the nerve-wracking action of the Wii platformer to 3DS
Graphics
It’s a great-looking game, but it doesn’t always run as smoothly as the original
Sound
I can’t complain about this great, nostalgia-drenched soundtrack
Playability
Both the circle pad and d-pad do an admirable job of controlling the apes
Entertainment
Just as solid as the original, and more inviting to newcomers
Replay
Moderate 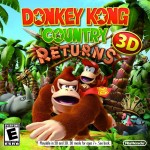