The Donkey Kong Country series on SNES is remembered more for its graphical achievements than anything else. Donkey Kong may have featured the most attractive character models of the 16-bit era, but Mario always held the gameplay crown. Flash forward three console generations, and DK and Mario have both received 2D returns to form. New Super Mario Bros. Wii was fantastic, but Donkey Kong Country Returns manages to push the simian above his plumber rival in virtually every category.

A wave of nostalgia swept over me when I booted up Donkey Kong Country Returns. You’ll hear familiar tunes as you bust out of your jungle hut, and before long you’re collecting bananas, snagging red balloons, and teaming up with your pal Diddy. Many will buy this game for the nostalgia value alone, but as I progressed, I realized that the merits of gameplay carry the adventure more than anything else. This could have been stripped of recognizable characters and renamed Steve the Gorilla’s BananaQuest and I would have enjoyed it just as much.

It’s not all fan service. You won’t see the Kremlings, the only animal you’ll be riding is Rambi the rhino, and appearances from DK’s family members are kept to a bare minimum. Rather than bombard fans with familiar faces and gameplay elements, Retro focuses on presenting new and dramatic scenarios. Mine cart levels were a staple from the original trilogy, but now they are far more exciting than ever. In one “don’t you dare blink” moment, your cart bashes through a giant egg and causes it to roll down the track. As the egg spins through the level, you remain in your cart, avoiding rocks that break through the shell (and the holes they leave) as you loop around inside. For this entire segment, you have to be aware of the environment outside of the egg while simultaneously making sure you jump its cracks as they approach you.

These mine cart levels left me breathless, but they’re not the only stages that cause that effect. You’ll outrun a wall of insects as they attempt to eat you, scale the insides of a volcano as lava rapidly rises, and pilot a barrel rocket through a cave as a giant bat shoots sonar at you. As you progress, you’ll breathe a heavy sigh of relief every time you arrive at a checkpoint.

Donkey Kong Country games have never been a walk in the park, but Returns is easily the hardest in the series’ history. Many of the later stages had me burning through 15-plus lives before I reached the end, but never due to cheapness. You just need to hone your platforming skills, be patient, and pay attention. After beating them once, I found I could usually go through the toughest levels without dying thanks to all the time I had spent practicing the various maneuvers needed to avoid traps and enemies.

My journey through the eight worlds wasn’t without a few minor issues. Shaking the Wii remote to roll isn’t as responsive as the classic method, and can send you off a cliff if the Wii detects an unintentional shake. Having a second player join in as Diddy Kong can be fun, but it is also frustrating in more difficult levels. Considering the amount of speed and precise jumping required late in the game, two players is one too many.

Beating the game is already a substantial challenge, but getting 100 percent requires impeccable platforming skills. Collecting all of the “Kong” letters in each of the eight worlds opens up trophy levels that are even more demanding than the standard stages, and beating all eight of these is the only way to see everything – including the contents of the secret Golden Temple.

I’ve been looking forward to this game for months, but the final product blew me away. Its gorgeous visuals, awesome boss battles, varied stages, and cleverly hidden secrets guarantee gamers will have a great time revisiting this classic franchise. It’s not only the best Donkey Kong Country, it’s also one of the best platformers I’ve ever played. 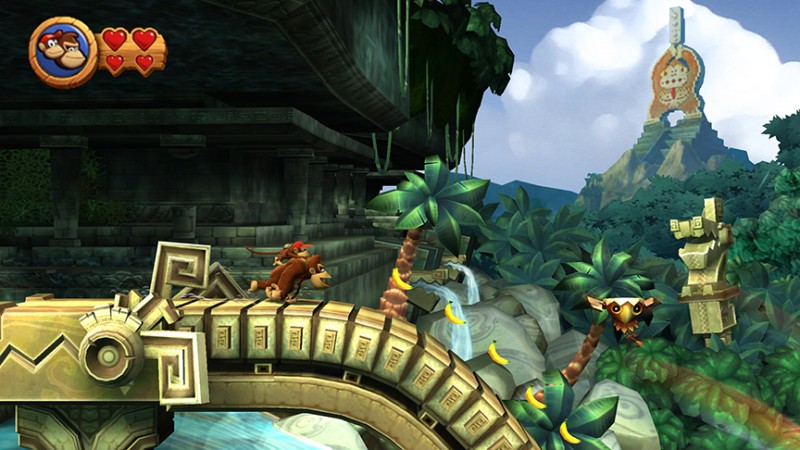 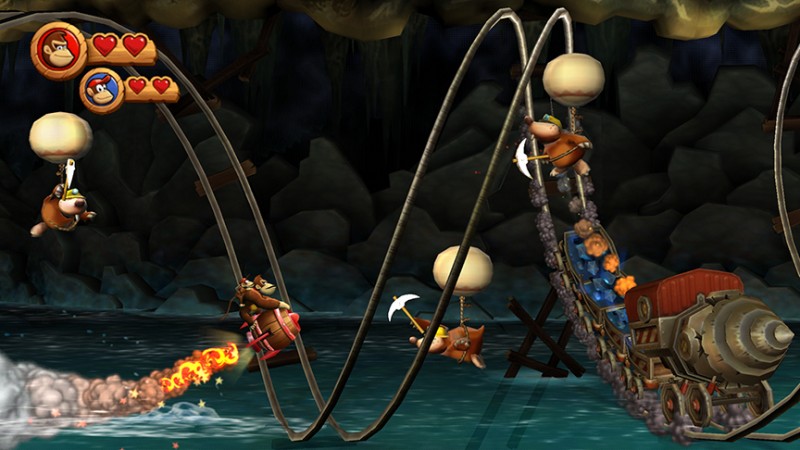 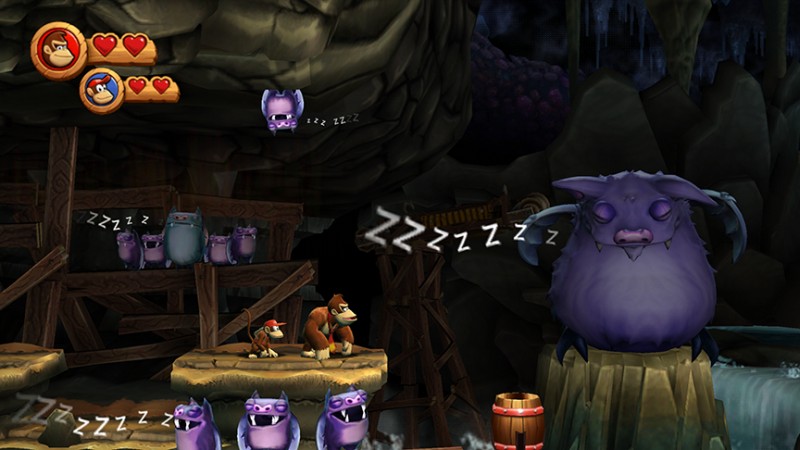 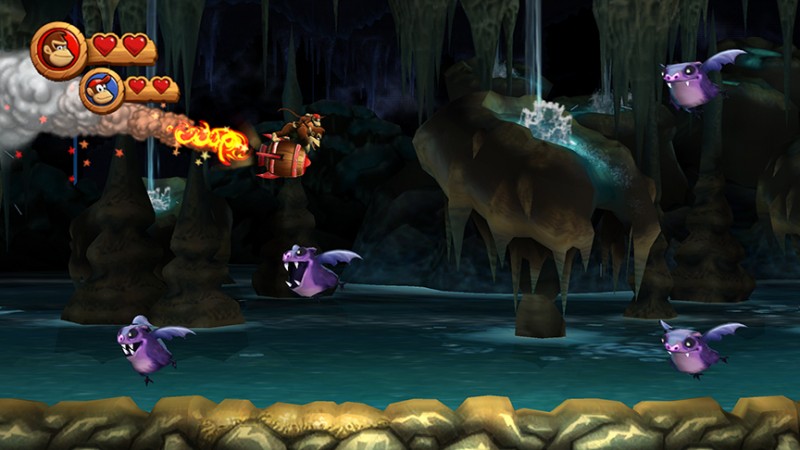 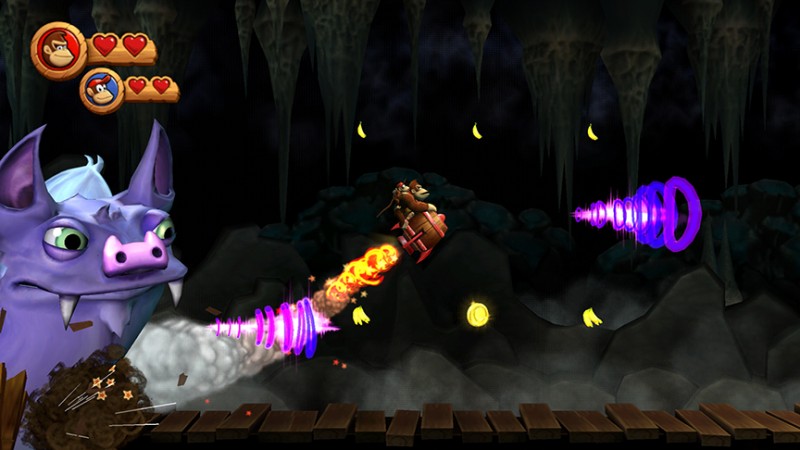 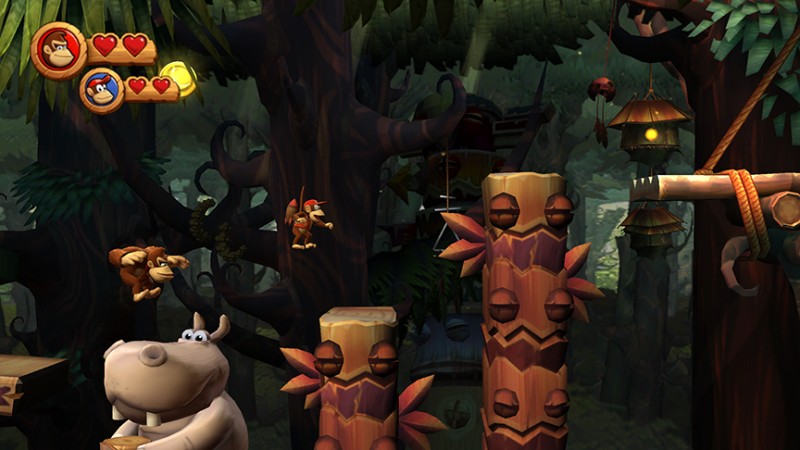 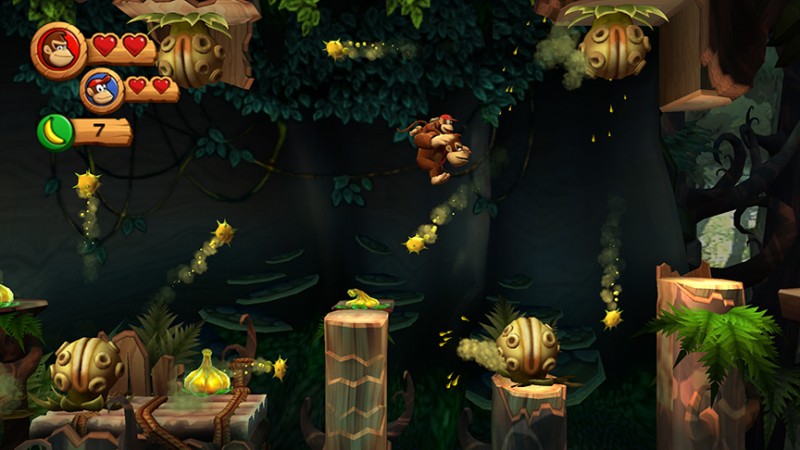 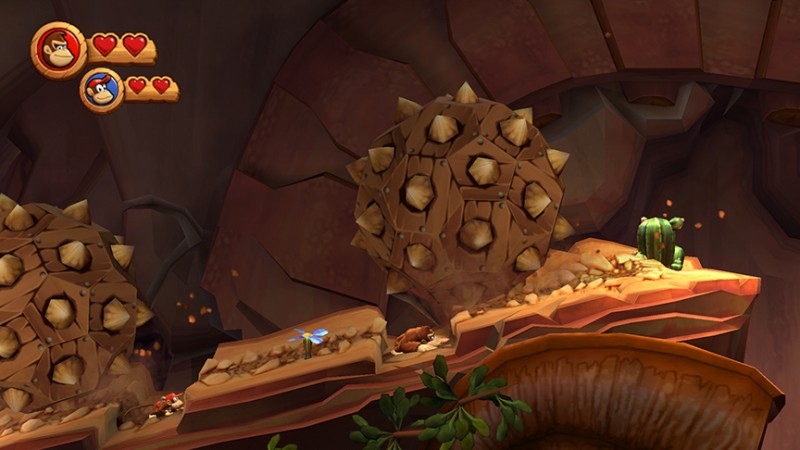 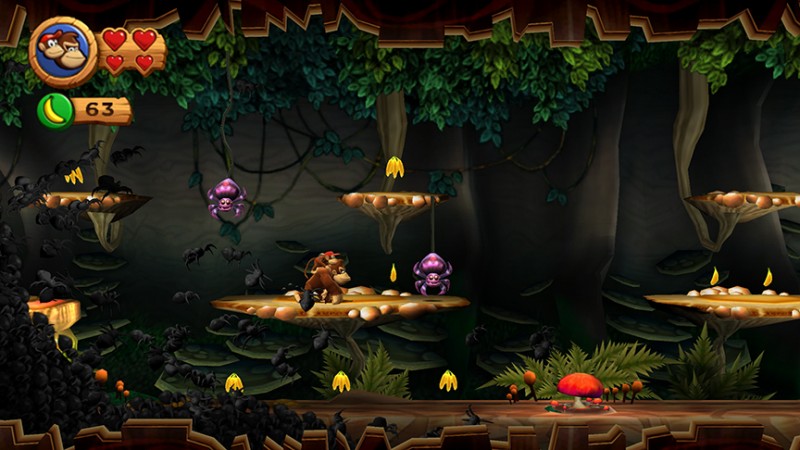 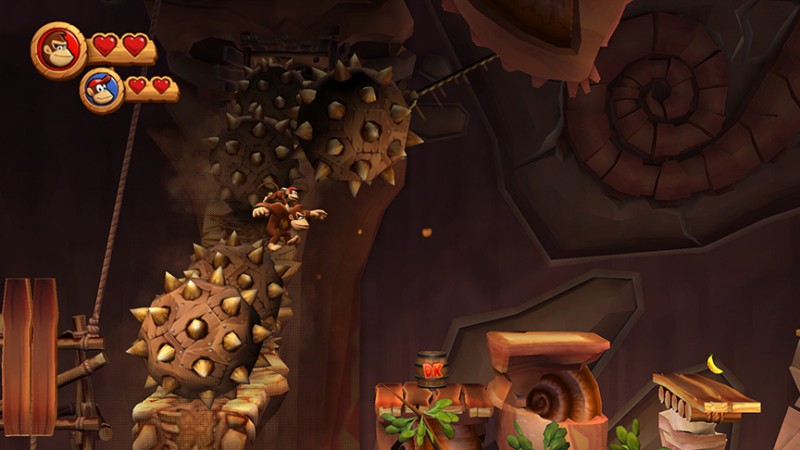 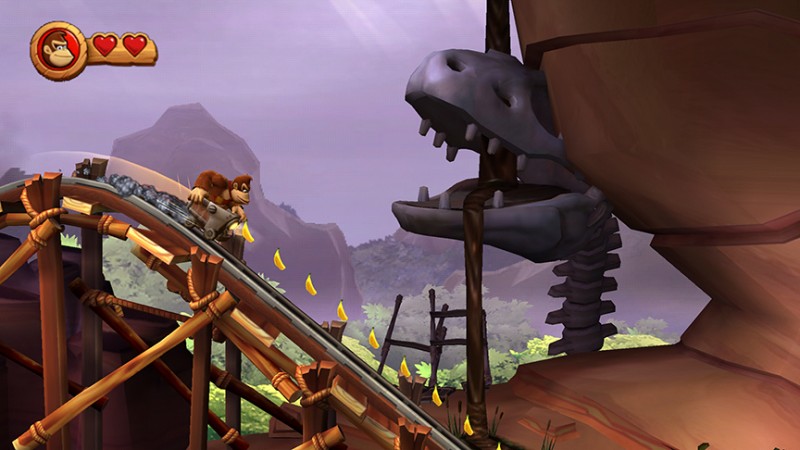 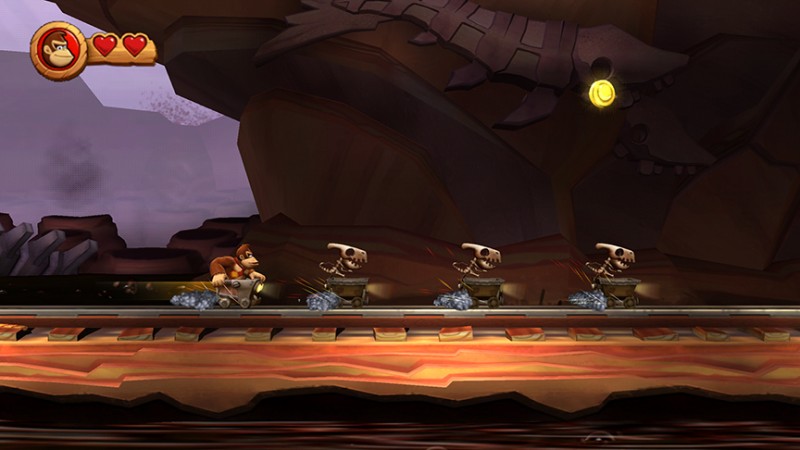 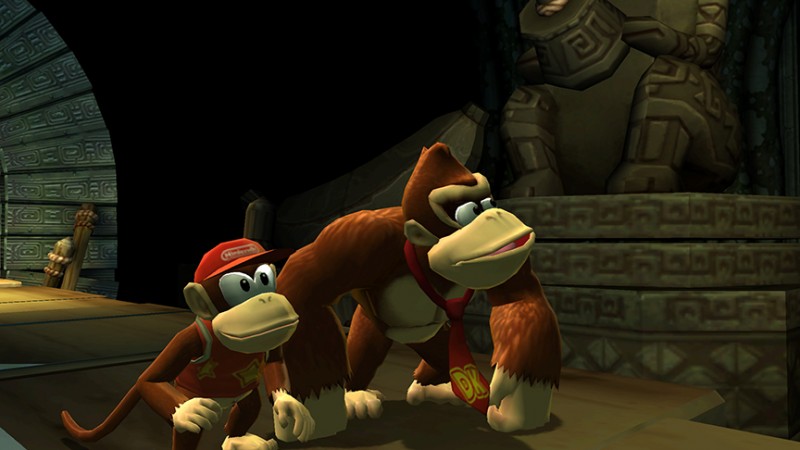 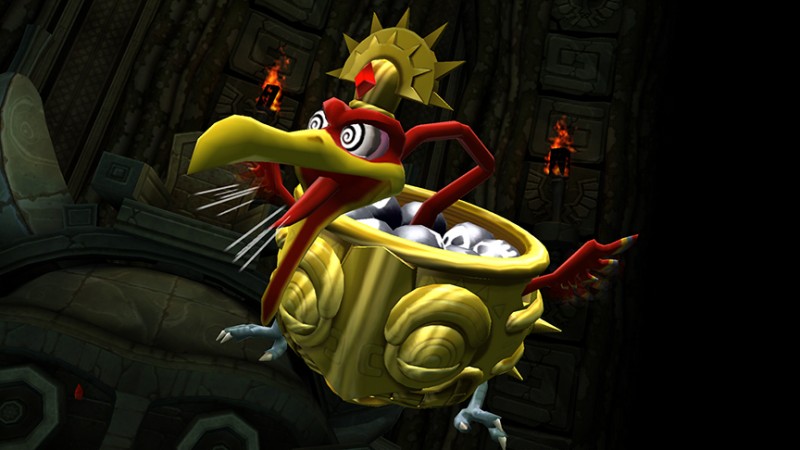 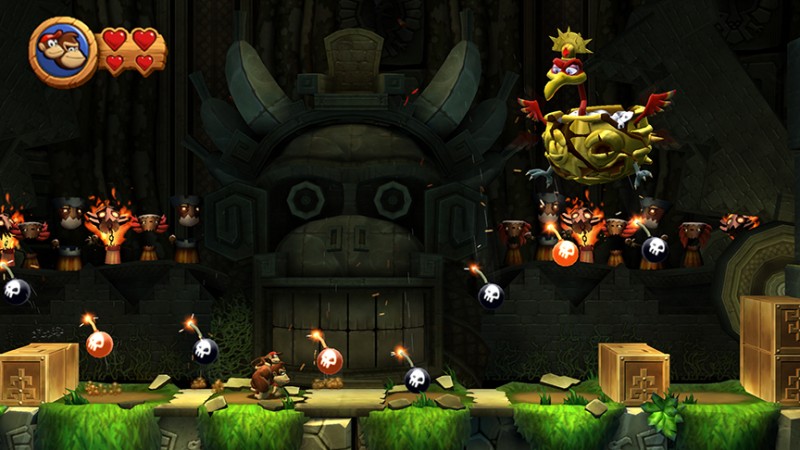 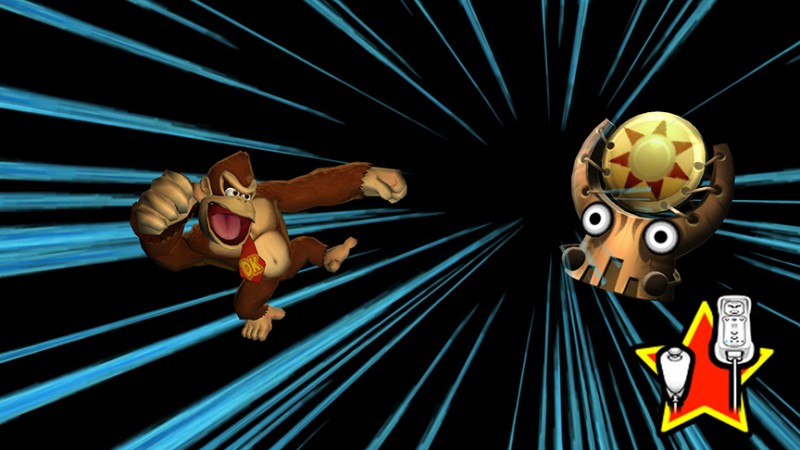 9.5
About Game Informer's review system
Concept
Retro Studios revives the Donkey Kong Country series and makes it better than ever
Graphics
Gorgeous characters and stages from beginning to end, with some awesome silhouetted areas sprinkled throughout
Sound
Familiar tunes are updated, and the new tracks fit perfectly
Playability
Shaking the Wii remote to roll can be frustrating, but it’s a rare blemish in a near-perfect experience
Entertainment
One of the best platformers ever made, and it certainly resides amongst the Wii’s top titles
Replay
Moderately High 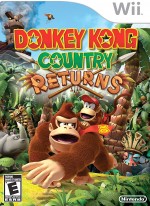