We are currently amidst a great resurgence of PC RPGs that borrow from the greats of ages past while taking advantage of modern quality-of-life improvements, graphics, and sound. Divinity: Original Sin isn’t just a great turn-based RPG, it stands tall on its own as an amazing title where players can truly blaze their own paths through the world as elemental wizards, crafty rogues, and brutal warriors.

You begin by choosing two main characters from a selection of presets. These templates are free to edit completely, but provide new players with some general class choices that come packaged with appropriate starting skills and stats. These two characters remain with the player, while two additional party members can join early on to create a full team of four.

Combat is turn-based, but never delves into a snoozefest. With no resources like mana or rage, action points do everything – from firing ricocheting arrows to summoning ice elementals. It’s all about positioning, careful use of action points, and elemental combinations. Here’s one satisfying sequence: create a patch of poison, blow it up with a fire spell, then lay down a steam cloud and electrify it to place opponents in a state of perpetual stun. If you’re not bringing any mage types into the fray, don’t dismay – all classes have ways to deliver the elemental attacks that are at the crux of combat.

Seemingly impossible encounters and epic boss battles can often be overcome by taking advantage of the environment or the elements. Have someone strong on your team? Have them hurl an oil barrel into the center of a pack of enemies. No fire arrows, flame spells, or other items on your team to light it up? Have a rogue flick a candle into the mix. The options a player has at their disposal is staggering at times, and there will be many moments as you move through the game where something will click and you’ll say to yourself “Wait, I can do that?!”

If you want to be the traditional hero and follow quests by the book, that’s your choice. If you feel like killing every NPC you come across, that’s your choice too. These decisions have consequences, but problems have many solutions. In one situation I was faced with a suicide-explosion enemy positioned right next to an NPC I wanted to save. I chose to deal with the issue by simply using a rain spell to put out the bomb’s fuse, but a teleport skill or stealthier character probably would have handled it with equal finesse. You can even use these skills outside of combat, which means you can prepare for a fight with flame creatures by laying down a rainstorm, use explosive arrows to blow up landmines that your perception skill located before you ran into them and died, or use telekinesis to grab items from dangerous areas.

After digging into your abilities, you can also experiment with the crafting and bartering systems. I spent little time engaging in crafting during my run, but the option to create skillbooks and other various useful items is available. Instead of just using hard currency, players can also dump various goods from their pack into trade windows with vendors, who will give you credit at the store for it. Every NPC has an attitude toward the player, and these attitudes can be modified with gifts or skills that allow players to make better trades.

Whether you’re making deals, killing town guards, or playing the hero, Divinity: Original Sin encourages you to explore the things that interest you. Will you spend hours in town without battling a single enemy talking to citizens, probing for information, and engaging in dialogue between your characters? Will you eschew the conversation and charge right out into the wilderness to battle beasts and undead? Will you wander from house to house, closing doors and taking down the inhabitants of the city until your pockets are bulging with stolen coin and treasure?

What Larian has done in this respect is incredibly impressive, and it gives the player true freedom and consequence for each action made. It’s possible to complete the game “by the book” or as the annihilator of worlds, so while decisions have consequences, nothing you do should lock you out of a playthrough. Just in case, save smart, save often, and try everything.

You’re free to bring a friend along to control your second character with the game’s co-op mode, and the modding community is sure to create additional scenarios to explore that will keep the title fresh long after your initial playthrough. My first run took about 60 hours, and I’m sure I missed plenty.

The experience is not without a few minor quibbles, such as disastrous misclicks that can occur from enemy/camera positioning and the inability to always have items show up on the ground. The complete freeform gameplay in Divinity: Original Sin can be quite daunting and frustrating, especially as a player navigates the minefield of the early game without any real direction. Embrace the lack of handholding and complete freedom, and you have an incredible title that provides many hours of entertainment.

Check out our Test Chamber to see the first few encounters of the game!

9
About Game Informer's review system
Concept
Travel through an open world on a grand quest featuring turn-based combat
Graphics
One of the best-looking games featuring the isometric old-school style
Sound
An excellent soundtrack keeps things heated in combat and serene when appropriate. Plenty of spoken dialogue and sizzling fireballs are on point
Playability
The action point system is straightforward and deep. With little direction offered, players need to do a lot of their own research, testing, and exploration
Entertainment
Plan to lose hours of your life thanks to great character customization, stellar combat, random loot, puzzles, bosses, and mysteries.
Replay
High 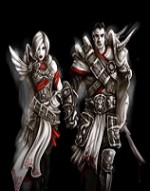