For Final Fantasy fans and enthusiasts, Dissidia Final Fantasy NT provides a cast of high-profile characters ranging from the series’ inception to its modern-day road trips. Having Sephiroth, Kefka, and Golbez take on Cloud, Terra, and Cecil in an arena soiree is the stuff fans dream of.  However, a dramatic dissonance forms between these neat offerings and the core experience. Dissidia Final Fantasy NT is a disjointed mess of multiplayer meanderings, threadbare single-player options, and puzzling story content that demands you spend time doing non-story activities to progress.

The cast is divided into broad buckets that give players an idea of their playstyle, though every character has their own feel. Dish out fast and furious attacks with high-damaging assassins like FF XV’s Noctis, or assault your enemies from afar with a marksman like FF IV’s Golbez. Vanguards like Sephiroth excel at staying at the forefront of the action in the middle of battle, and specialists like Exdeath defy traditional class distinction. Dissidia presents an interesting mix of character roles and a ton of favorites from games old and new (even Final Fantasy Tactics brings Ramza into the fray!). Unfortunately, these awesome characters are thrust into a conflict that doesn’t give them the opportunity to shine.

The main mode of Dissidia (and the one you spend the vast majority of your time on) is 3v3 battles. These team-oriented battles typically take several minutes, with players frantically slinging skills and spells at each other. To incentivize action and keep players from running around the spacious arenas in circles waiting for a perfect time to strike, summoning stones create critical zones to battle over. If your team successfully summons an iconic Final Fantasy creature into the arena, like a fire-breathing Bahamut or a field-drenching Leviathan, you gain a powerful advantage. These summons often are loaded with incredibly powerful skills that topple your opponents outright or create space for you to bring them down yourself. On paper, this sounds like a freaking blast. In practice, combat is difficult to control and parse, with many characters firing things off at once. Despite a solid tutorial that lays everything out in an easy-to-digest format, everything goes to hell when several players start ganging up on one, or when you lose sight of your allies. This happens a lot; the camera is awkward at best and devastating at worst, and getting lost in the chaos is too easy. Simply put, the 3v3 format is sensory overload. Too much happens at once in all directions, and it’s difficult to get actionable information at any given moment. The combination of elements from multiple genres like fighters, brawlers, and MOBAs just doesn’t work here. It’s not fun.

The lackluster multiplayer takes the center stage, with meager single-player offerings attempting to buoy the ship. The story and associated cutscenes are fun, but to unlock them, you must dive into multiplayer or grind against A.I. controlled teams – and neither are enjoyable.

On the plus side, plenty of Final Fantasy loot is waiting to be acquired and admired. You’re always earning gil even if you’re being demolished in the arena, and you can spend your hard-earned coins on awesome new weapon visuals, skins, portrait icons, and classic Final Fantasy music tracks. That these cool Final Fantasy tributes are attached to this particular game is tragic; it is a great celebration of the series anchored to something no one should play. Undeniable Final Fantasy charm flows through Dissidia Final Fantasy NT, and it pains me that the gameplay doesn’t justify a delving into it. The roster from across the series puts on a great show and is fun to customize and engage with, but the crux of the experience is the multiplayer, which doesn’t hit home. Unless you’re a hardcore Final Fantasy fan that really wants to get Golbez a new outfit, it’s not worth suffering through the arena for the perks. 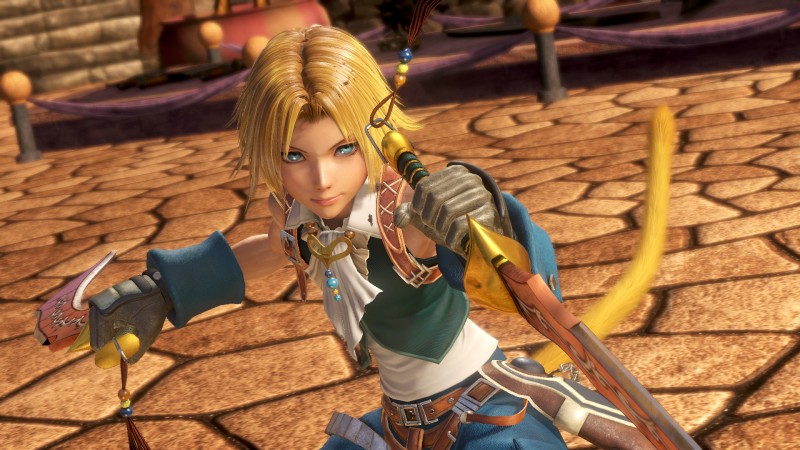 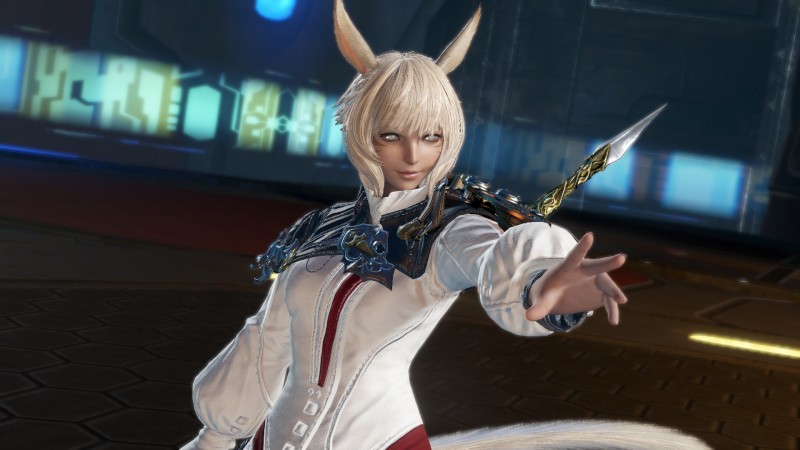 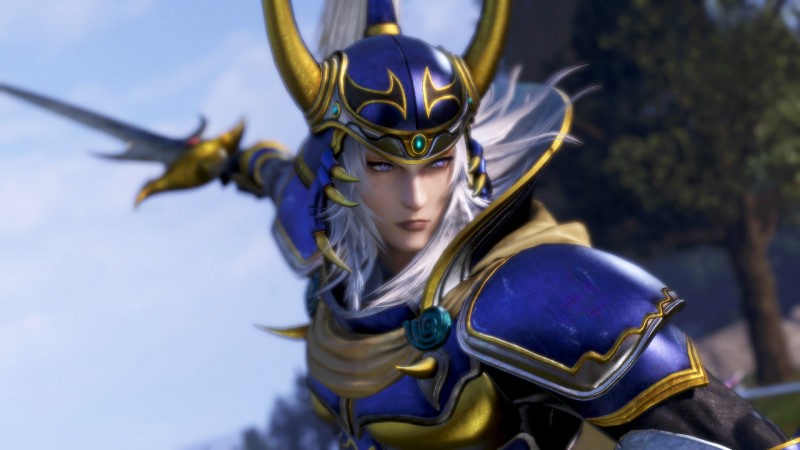 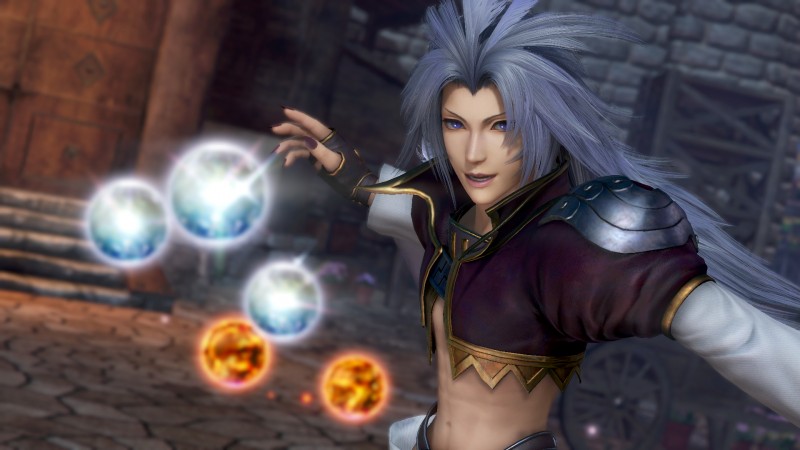 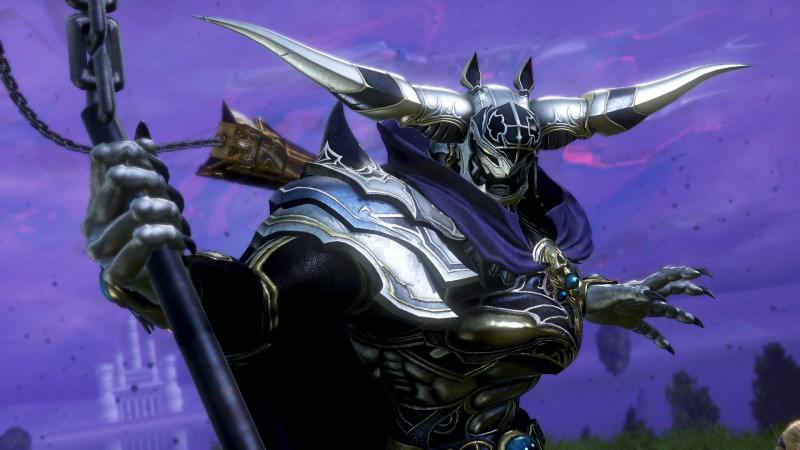 6
About Game Informer's review system
Concept
Charge into 3v3 battles with an all-star cast from the Final Fantasy franchise
Graphics
It’s great to see some of Final Fantasy’s backdrops recreated as battle arenas, and the characters look crisp and clean
Sound
Expressive emotes and awesome musical selections from Final Fantasy’s history present a powerful package. An annoying moogle drags this down a bit
Playability
A messy assemblage of different genres and styles fails to coalesce into anything enjoyable, despite a solid tutorial
Entertainment
This succeeds as a collection of fun Final Fantasy characters, music, and moments. However, the core multiplayer experience is severely lacking in every respect
Replay
Moderate 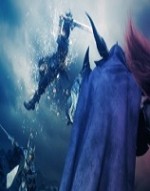