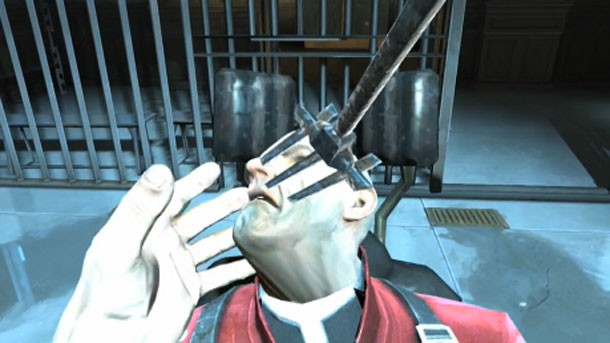 As Arkane puts it, Dishonored could very well be the first game starring an assassin who doesn't have to assassinate anyone. Take a look at how the game rewards all play styles in this new developer diary.

The team discusses how they work to anticipate what players will want to do, and make sure their simulation can handle it. For instance, a prominent ledge should be something players can climb. That doesn't mean everything's been planned. The clip gives plenty of examples of how players have surprised the team in tests by doing crazy (and effective) things with weapons and psychic powers.

Also check out the game's previous developer diary detailing the world and its characters.