The original Dillon’s Rolling Western released a little over a year ago as a 3DS eShop exclusive, which means despite its quality and good review scores (ours included), it disappeared into the relative obscurity of Nintendo’s download store faster than it should have. Developer Vanpool was not dissuaded however, and in a little over a year, it has released a follow-up to the rock monster-fighting armadillo’s adventure.

The Last Ranger is split into two gameplay styles. The first has Dillon exploring large open levels setting up tower defenses, searching for money and food for the local livestock populations, and mining minerals. The other is combat, which has players using the touch screen to slingshot Dillon into enemies. You can hold down the stylus to do a special spin-attack, or tap on the screen to slash away at enemies.  Attacking enemies this way has a special flourish that can’t be emulated with buttons; it gives Dillon’s fun fighting style a feeling of originality.

Combat and exploration both use the same slingshot mechanic on the touch-screen, with the circle pad used for aiming purposes. Unfortunately, holding the 3DS with your non-dominant hand and using the touch-screen with your other is tiresome, and caused some occasional wrist-cramping for me. Apart from that setback, controlling Dillon is entertaining.

Things become less fun when you realize that everything is on a timer. While exploring, you desperately roll around the world trying to grab as many things as you can before the sun goes down and the Grock monsters begin to march. Once they’re present, the game becomes even more frantic as you bolt from battle to battle. Even minor things like side-quests and purchasable equipment have their own timers. Equipment wears down (requiring re-purchasing), a familiar mechanic that I have always struggled to enjoy. If you don’t finish an elected sidequest in time, you are punished. It means you rarely get a chance to simply enjoy the environment, or have fun breaking down the intricacies of combat; you’re constantly on the move, never getting a chance to stop and smell the flowers.

Some of the new additions for Dillon’s second outing include the ability to hire helpful buddies to assist with resource gathering and combat duties, a train that slowly moves through levels in need of protection, and story-driven duels. Duels require Dillon to carefully time an attack to avoid getting shot. They’re a simple addition, but framed in interesting ways.

Dillon’s Rolling Western: The Last Ranger stands alone with very few comparable games. It’s an original title that blends genres well with fantastic music and appealing characters. The biggest shortcomings are the timers and restrictions on nearly every aspect of the game. I want to spend more time beating up Grocks and exploring, but just when you find your stride, you are pushed towards the next section whether you’re ready or not. 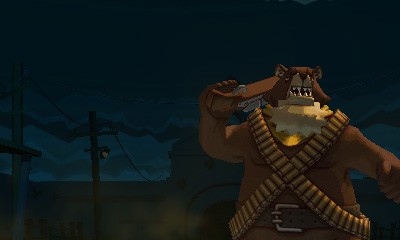 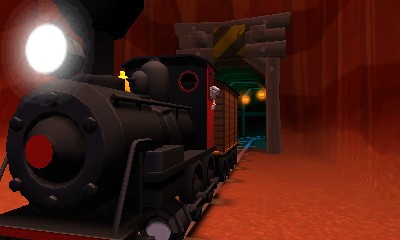 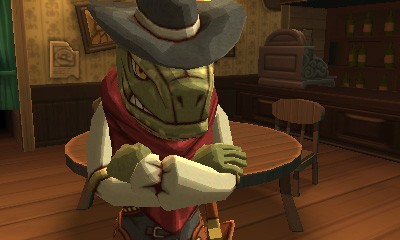 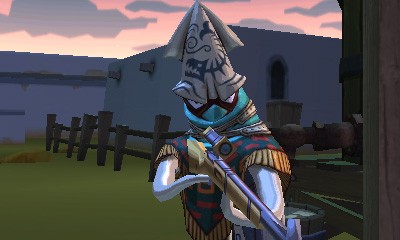 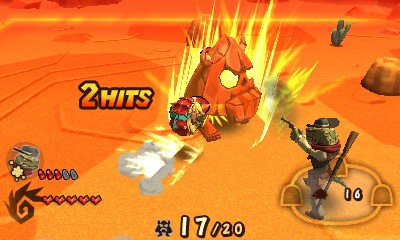 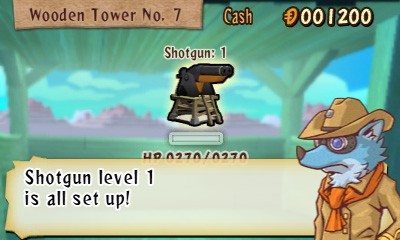 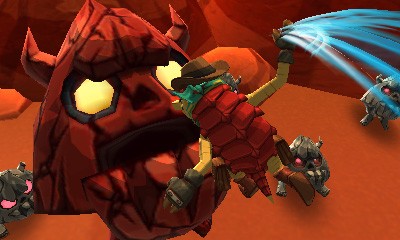 7.75
About Game Informer's review system
Concept
Take tower defense and stylus-controlled combat, place them inside a western themed box, throw some anthropomorphic animals in it, shake it up, and enjoy
Graphics
Dillon and pals look sharp with a cel-shaded look. Witnessing the changing colors of the environments as the sun sets is impressive
Sound
Spanish guitar and ambient whistling provide a pleasant western atmosphere that make headphones recommended
Playability
The slingshot mechanic of controlling Dillon is a blast, even if it does cause some minor wrist cramping
Entertainment
Controlling Dillon while exploring and battling the Grocks is executed well, but restrictions on exploration make things frustrating
Replay
Moderate