The downloadable market has no shortage of tower defense games, so breaking out from the herd can be a challenge. The 3DS’ Dillon’s Rolling Western combines charming visuals, addictive third-person exploration, and a unique combat system to create a tower defense/adventure hybrid. Imagine if the Legend of Zelda took place in the Wild West, starred an armadillo, and involved warding off waves of malicious rocks.

Speaking of the Legend of Zelda, Dillon, the armadillo protagonist, reminds me of the rolling rock people from The Legends of Zelda: Ocarina of Time, Gorons. Gameplay in Dillon’s Rolling Western involves rolling around open environments to collect goodies and beef up towers to save helpless towns from an invasion of stony Grocks. Sliding the stylus across the 3DS’ touch screen to send Dillon barreling across the open plains is simple and fun, and will remind anyone who has played The Legend of Zelda: Majora’s Mask of controlling a Goron. The general aesthetic of the sometimes barren maps remind me of exploring Hyrule field. Hearing mysterious melodies when discovering hidden treasure and pieces of heart also drives home the Zelda inspiration, only adding to the charm.

Roving the fields for supplies during the daytime is a simple joy. I loved collecting food for the town’s livestock, mining ore to fortify the town’s gates, and beefing up towers with Gatling guns and shotguns turrets. Exploring the lay of the land is made slightly more tense by the inevitability of sundown. When the sky turns pink you’ve got a narrow window to do last-minute business before the town shuts down in preparation for a Grock raid. I thrived off the suspense of barely getting all my errands done in time.

The real action begins when night falls. Basically, boulders with stumpy little legs emerge from their dens and begin a trek towards the town on a mission to devour all livestock. It’s your duty to upkeep towers, guard the gates, and track down any Grocks that don’t fall to your defenses. Similar to Okami, engaging enemies on the open plains warps you to an isolated battle arena. Here you slide the stylus to ram into the Grocks, hold it down to grind them to bits like a saw blade, or tap to unleash of flurry of claw swipes. Tapping away with the stylus and directing Dillon’s fury with the circle pad feels tight and a reliable, making mastering combat a satisfying experience. There are tons of different Grock types. You’ll fight enemies that shoot projectiles, ram you with their spiky heads, and even boss Grocks that take a beating while summoning lesser enemies. After you defeat all the Grocks, you’ll spend the next two days doing it all over again as the waves become more challenging. After the third day you’ll move on to a new town and map.

While I enjoyed the game’s pacing early on, the formula begins to wear thin about halfway through. Some towns are locked off until you earn a certain number of badges, which are won by completing stages quickly. Unfortunately, your first visit to each town is paired with a fixed budget. So even if you have buckets of money to spend on upgrades and towers, you can only use so much. I understand this measure is in place to ensure the game stays challenging, but I found replaying old maps to progress boring.

While it becomes a bit repetitive late in the game, Dillon’s Rolling Western is a good fit for anyone tiring of the same old tower defense formula. Combining the charm and wide-open exploration of The Legend of Zelda with town defense proves to be an addictive recipe. The game’s cartoony Wild West visuals and terrific sense of humor is the icing on the cake. This is a must-download eShop title for anyone finding their 3DS becoming as dusty as Dillon’s trails. 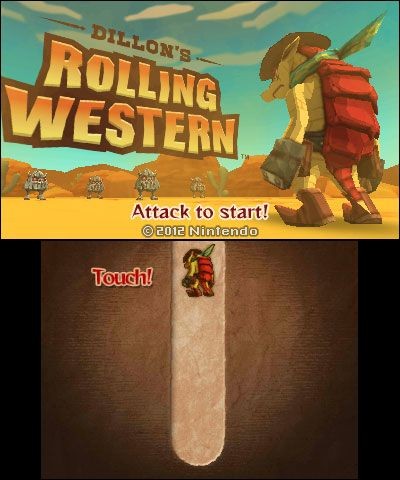 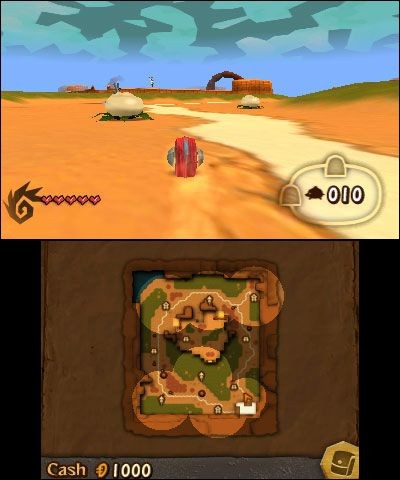 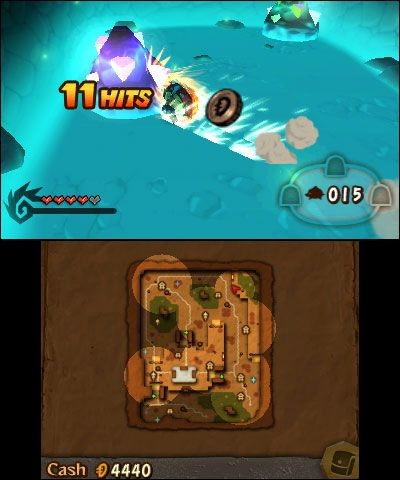 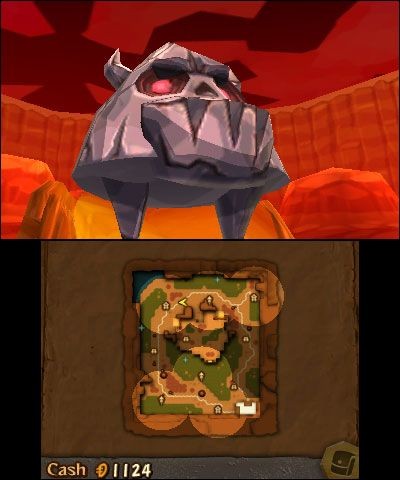 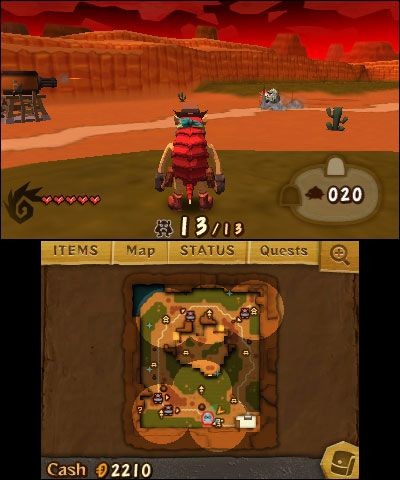 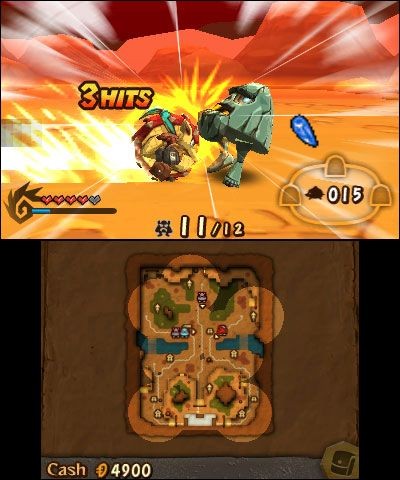 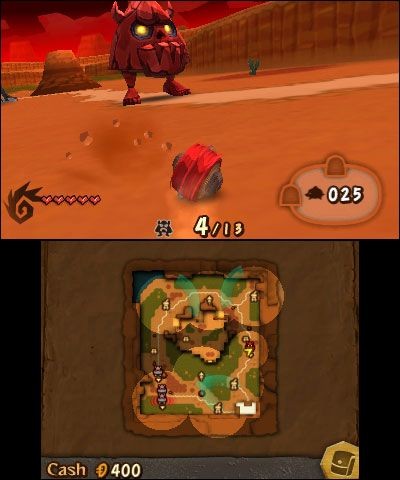 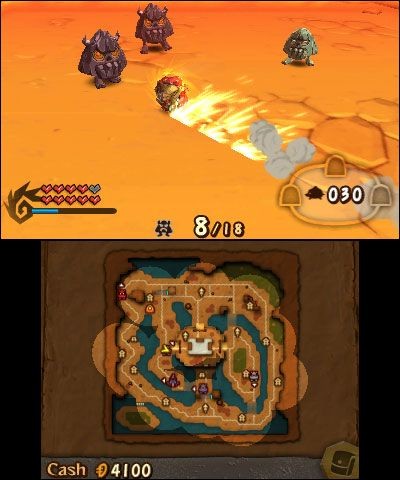 Imagine if the Legend of Zelda took place in the Wild West, starred an armadillo, and involved warding off waves of malicious rocks.