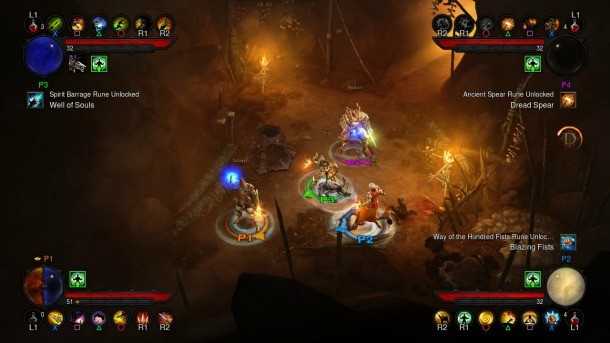 Just before E3, we were given a September 3 launch date for the current-get console versions of Blizzard's Diablo III. Now we have some screenshots and a trailer highlighting the four-person multiplayer mode.

The video shows off co-op footage from the PS3 version only, though some of the screens below are from the Xbox 360 version. You can tell which are which by looking at the button icons in the corners.

If you can't wait until September 3, help pass the time by reading our review of the PC version or by watching our video interview with the developers.

View our E3 News Headquarters for all the stories from the show.