After more than a decade of creating titles exclusively for home computers, Blizzard is finally inviting console gamers back into the fold with a retooled version of its critically acclaimed dungeon crawler, Diablo III. After spending numerous hours pillaging Sanctuary’s monster-laden realm, I’m ready to wish the PC version a fond farewell; all of the components the developer has added, tweaked, and removed for the console market make me vastly prefer this new-and-improved version for my endless demon-slaying adventures.

The biggest change awaiting console gamers is the new control scheme, which eschews the series’ traditional point-and-click interface for direct control of your character’s movement via the left stick and a new directional dodge move performed with the right stick. These changes don’t transform Diablo III into God of War, but they do result in more responsive character movement and more engaging combat overall. Drawing in waves of beasts with a barbarian’s ground stomp and dispatching them with a single, cleaving blow is empowering. Sniping foes from a distance with a Demon Hunter’s exploding bola shots requires more finesse, but backflipping away from charging foes while laying down slowing traps can make you feel like a pro – even on the unapologetically easy normal difficulty. Despite the new console-friendly control scheme, all of the tactical depth and character build options are still here, along with an endless stream of randomly generated loot, enemies, and levels that beg for multiple playthroughs. Unfortunately, the inventory redesign doesn’t fare as well. The radial menu for viewing and selecting equipment is decent, but comparing item attributes is more time consuming than the PC version. Thankfully, Blizzard has included a junk function, allowing you to mark equipment for mass sale/salvage. All items now take up a single inventory slot (the PC version’s puzzle-like element of fitting different-sized items into your inventory is gone), which cuts down on trips back to town, but I still spent a lot of time managing my loot.

Equally important is what Blizzard has excluded from the console version. Console players don’t need to create a Battle.net account, and can play the game offline to their heart’s content. The gold and real-money auction houses have also been scrapped; gamers have mixed feelings on whether the auction houses helped or hindered the game and Blizzard’s attempt to balance it. Either way, the developer is skipping the grand experiment on consoles and has tweaked loot drops to be more relevant to players. I have no complaints; I’m not interested in injecting real-world economics into my play sessions, and although I junk far more items than I use, I’ve replaced my characters’ equipment by finding, buying (from the in-game merchants), and crafting items in equal measures. Diablo III is still more fun with a friend (or three), and provides the online and LAN multiplayer options you’d expect, allowing you to team up with friends or random players while retaining your own loot. The new 4-player couch co-op is less appealing; hacking and slashing enemies with everyone on the same screen is certainly fun, but the game’s complexity works against you. Players must share loot drops, and bringing up the inventory pauses the game for everyone. A quick equip option keeps players out of menus as much as possible, but it doesn’t convey the magic attributes of items, and you need to take turns pausing the action to assign new skills. I can see the setup working for dedicated two-person teams, but larger parties are probably better off playing together online.

The console version of Diablo III is different from the PC version, and some diehard fans will denounce it for that reason alone. For me, however, it’s different in all the right ways. With an engaging new control scheme, fewer online hurdles, and all the depth of the original, taking on Diablo’s legion of demon lords has never been more enjoyable. 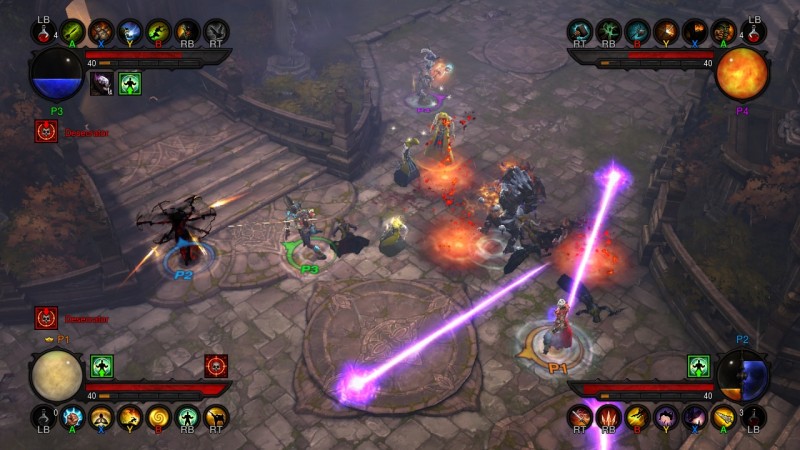 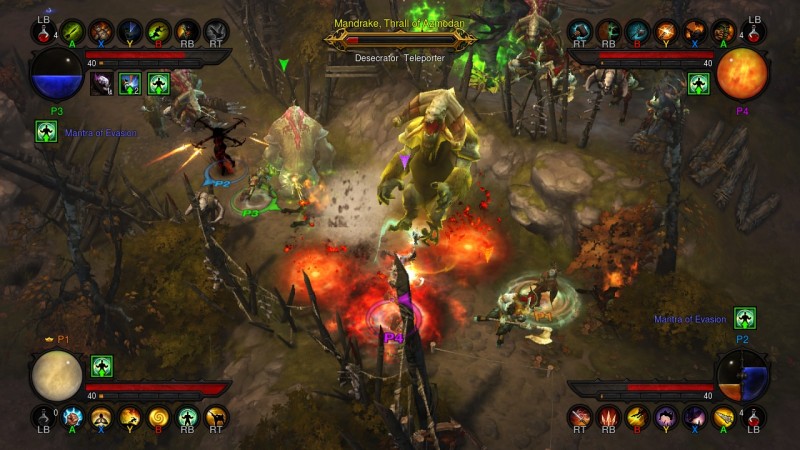 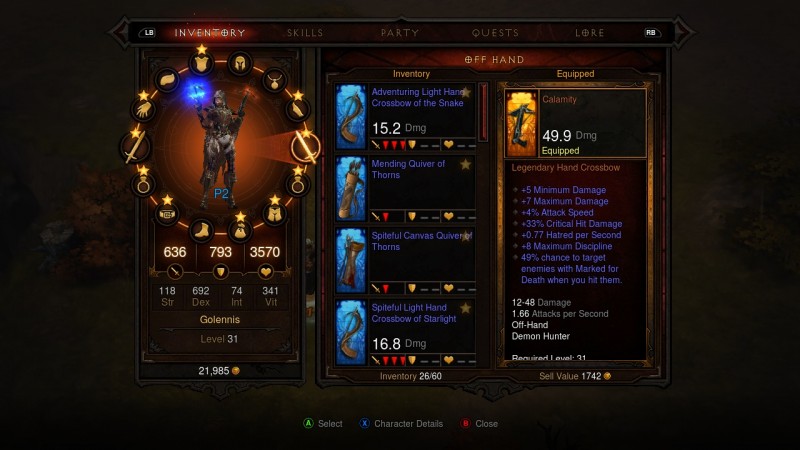 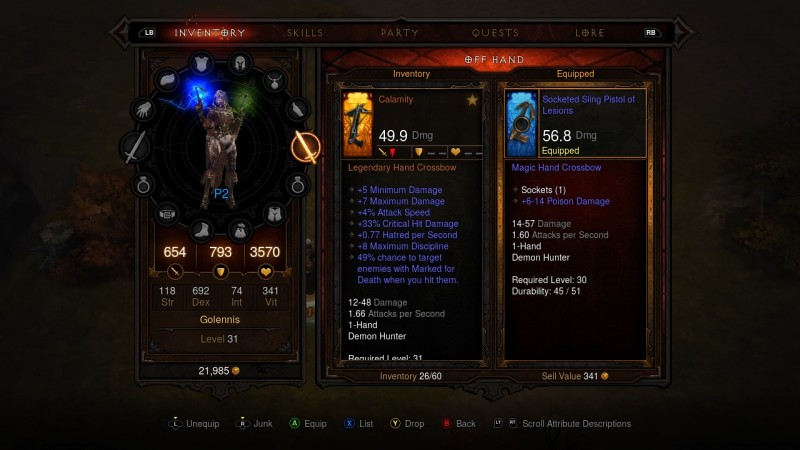 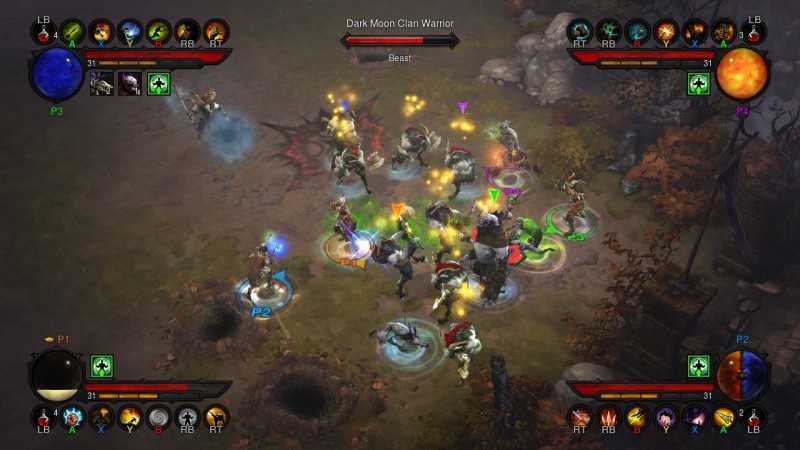 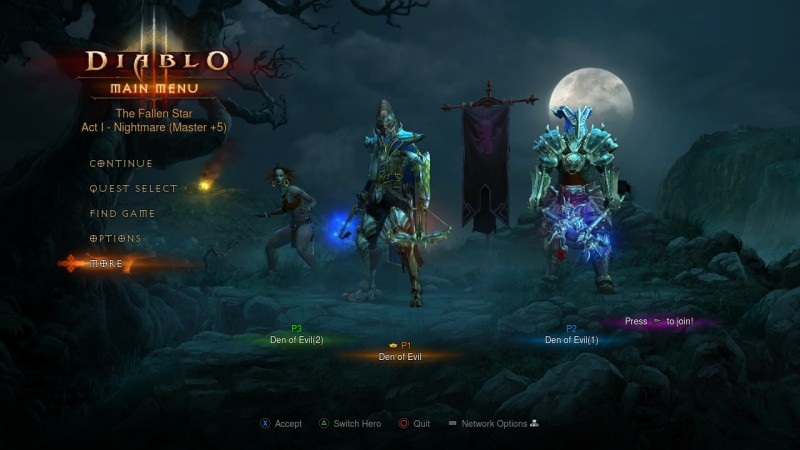 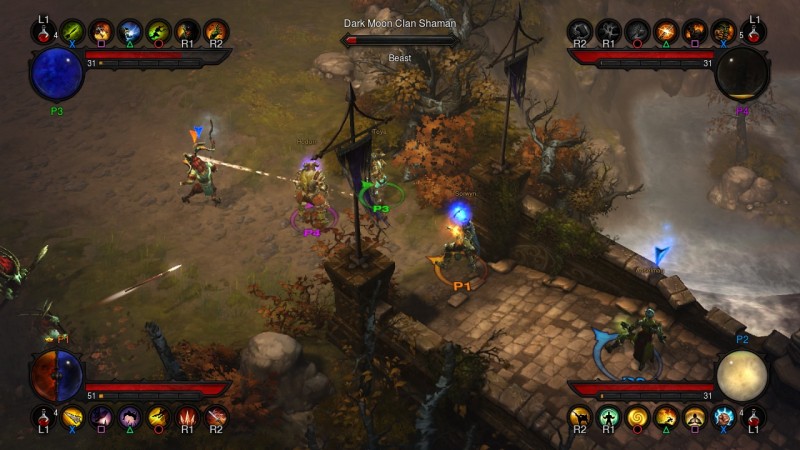 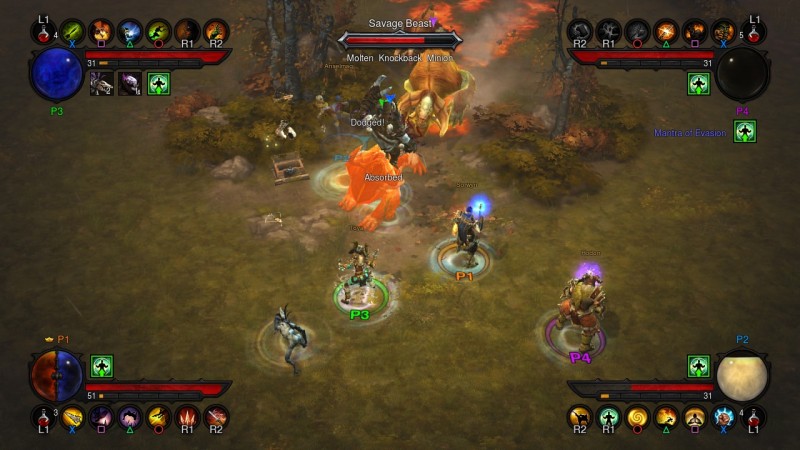 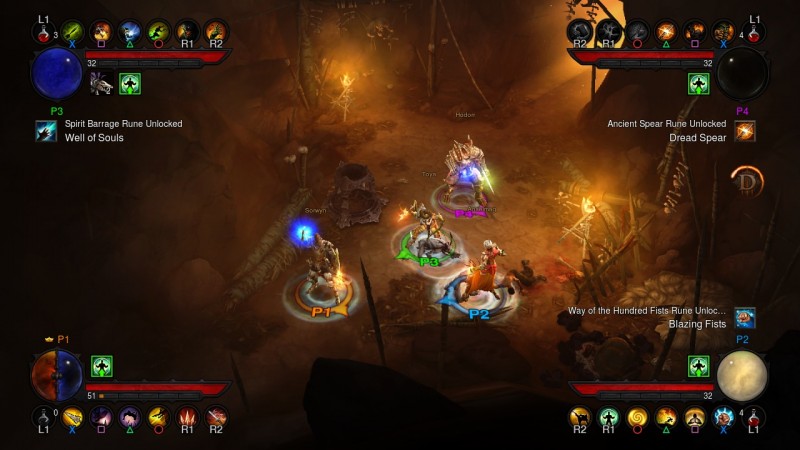 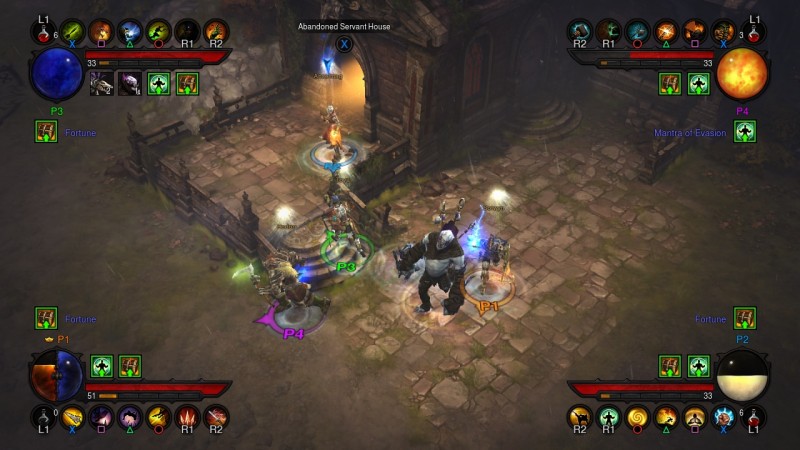 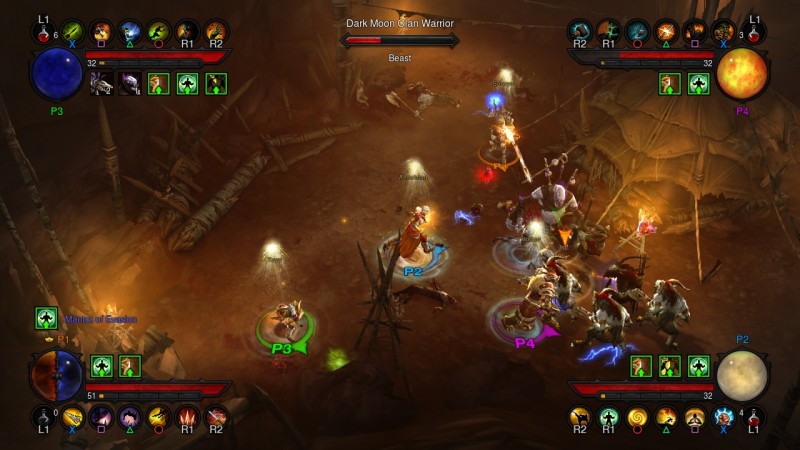 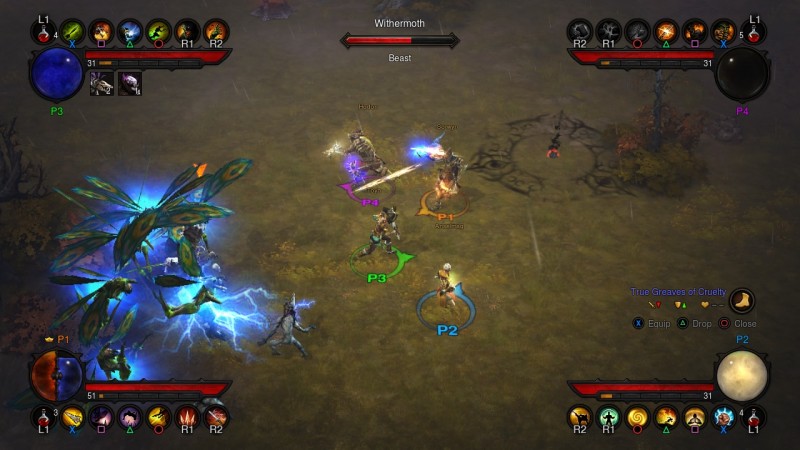 With an engaging new control scheme, fewer online hurdles, and all the depth of the original, Diablo III offers a wealth of content to console players.

9.25
i
Game Informer's Review System
Concept Redesign the PC original for consoles while retaining all of the depth and replayability
Graphics Impressive physics and special effects make up for the lack of detail on the miniature character models
Sound Diablo III’s soundtrack is largely forgettable, but the sound effects nicely complement the absurd action
Playability Having direct control over your character’s movement is liberating. I can’t imagine going back to the PC’s point-and-click interface
Entertainment Everything you love about Diablo III is here, minus the PC version’s more controversial components. What more could you ask for?
Replay High