When Devil Survivor 2 launched on the original DS in 2012, it had all of the Shin Megami Tensei hallmarks: demon fusion, a dark storyline, and a hefty-but-satisfying challenge. The complexity of the gameplay was impressive, especially with how it combined strategy grid-based movement with fun turn-based battles that focused on exploiting elemental weaknesses. Now it's back for another round with Record Breaker, and this enhanced port is a great example of how you make a re-release worthwhile.

SMT: Devil Survivor 2 Record Breaker isn't just a port of an older game; it provides plenty of new content to justify another outing. The original game has finally been updated with story voiceovers, a better translation, and a new 25-hour scenario that continues the narrative from where it originally ended. This effectively makes Record Breaker feel like two games in one.

Everything that made Devil Survivor 2 good the first time is still intact, including a dark storyline about a mysterious website that forecasts catastrophic deaths. This gripping tale continues to unravel in interesting ways in the new scenario. If you've already completed Devil Survivor 2, you can just go straight to the new chapter and bypass replaying the original. Better yet, it also rehashes what happened in the previous finale.

I enjoyed having another reason to step back into the world and reunite with past characters, but slow pacing and repetition make the early missions dull. Essentially, you're recruiting every character all over again. Thankfully, it picks up providing some cool twists later. I especially enjoyed seeing the main cast develop further, confronting some of their weaknesses and fighting harder for what they love.

Devil Survivor 2 is challenging, and this new scenario is even more difficult. Boss battles are vicious and sometimes feel unfair, because they can only be bested by grinding and fusing stronger demons. Even so, fusing an awesome demon and feeling the difference in battle is rewarding. The game provides a demon auction to help ease the financial demands of fusion, allowing you to get demons on the cheap. However, as most SMT fans know, fusion is at its best when you're fusing demons that both have leveled up and acquired a slew of skills to pass on to the new demon. I found myself depending a lot on the demon compendium to buy back some of my better demons instead. Unfortunately, the only way to earn the cash to afford this is to participate in some bonus stages, which could use additional variety. At least when you participate in the optional levels, you give yourself an extra chance to earn skills from monsters to pass on to your main characters.

The progression is slow, but tinkering with the systems is satisfying, like setting yourself in the position to inherit skills that block certain attacks or making sure you use attacks that cancel enemy turns. The encounters put your skills to the test, and challenges like facing enemies with no weaknesses are frequent. You can't depend on a single tactic to win every fight, and I enjoyed racking my brain to make the most out of all my turns - even if I had to learn through failure to find out where my demons were lacking.

Whether you've played Devil Survivor 2 or not, you can't go wrong picking up this edition. It's a standalone game, so those who haven't played the Devil Survivor series can easily start here. The intense battles and demon fusion kept me hooked, and the new content offers plenty of the same fun. 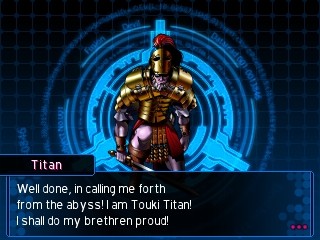 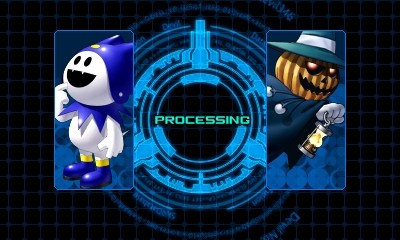 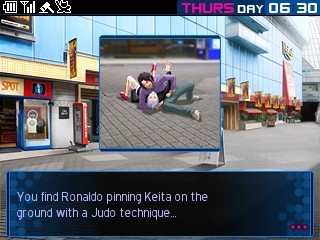 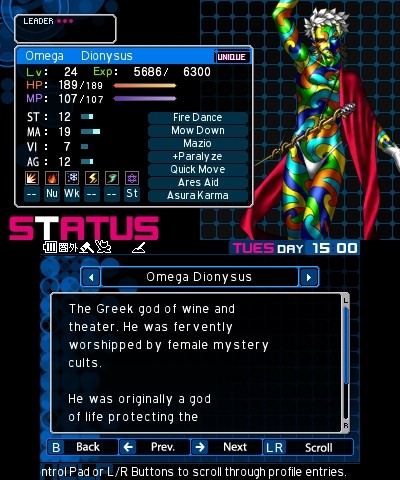 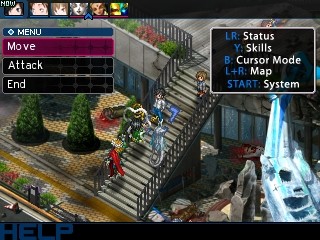 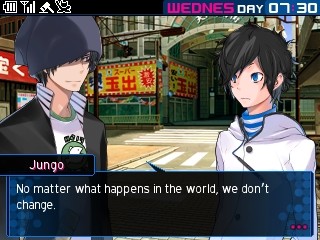 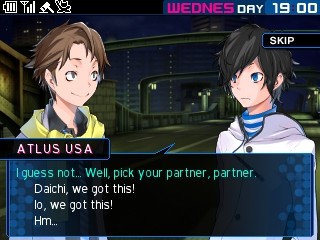 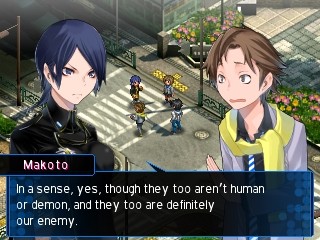 This enhanced port is a great example of how you make a re-release worthwhile.

Purchase More Info
8
i
Game Informer's Review System
Concept Provide an enhanced port of Devil Survivor 2 along with a new 25-hour scenario that picks up where the original left off
Graphics The visuals won’t blow your mind, but they get the job done. Character designs stand out, but most of the battle maps are bland
Sound The voice acting is well done, but the music isn’t memorable
Playability Be prepared to grind and pay attention to elemental weaknesses, because this packs an overwhelming challenge
Entertainment Record Breaker charms new players with its fun battle system and engaging demon fusion, and gives old fans enough incentive to return
Replay Moderate