You awaken in a strange cylindrical room without a recollection of how you got there. Your head hurts. Judging from the view from a window, you’re in a tower. You head downstairs, open a door, and turn. At least, that’s what your character, Anna, is experiencing; for you, the player, things are just as disorienting.

You see Anna’s story displayed on your screen in text. You swipe down as you read, and see a small graphic of a window inset into the text. As Anna sees that she’s in a tower and makes out a lighthouse, you’ve scrolled the text down far enough for that lighthouse to appear in the window frame. The words stack like stairs as she begins her descent. When she opens the door at the bottom and heads to the right, the text turns as well – and you turn your iPad to keep up. You never take direct control of Anna. Instead, you swipe along branching paths of text, solving puzzles and reading about her fate along the way.

Simogo Games’ horror title Year Walk showed that a modern game could effectively provide scares without relying on gross-out visuals or overly complex gameplay. The mobile release also cleverly played with the concept of apps, with an optional free companion providing valuable insight into Year Walk’s folklore and help for puzzles. Device 6 shows a continued fascination with both the peculiarities of mobile gaming and an even more stripped-down approach to adventure.

I’d advise you to play with a notebook nearby; there are loads of little details sprinkled throughout, and even things that seem insignificant can be critically useful later on. Chapters are short enough that backtracking (or reading) isn’t bothersome. Puzzles are tricky without being needlessly obscure. Because each chapter is self-contained, you usually have access to everything you need to complete each one within a few minutes. Of course, that assumes that you’ve been paying close attention. The puzzles are stripped down as much as the visuals, usually only requiring button presses between two options. They’re no less satisfying than those with full visual inventories, however, and my internal “Hell yeah!” moments were just as loud as in any other puzzle-heavy game.

Once you complete a chapter, Simogo doesn’t exactly break the fourth wall, as much as it presses firmly against it. There are a lot of clever things going on within (and outside of) the game’s story, and I hate to ruin it for prospective players. Without going into detail, I will say that I loved the regular pendulum swing between drollness and desperation.

Sound is used to great effect throughout the game. Device 6 opens with a jazzy tune that would be perfect for most retro spy movies, and espionage-inspired audio elements are retained throughout the game. Many of the recordings that you hear in the game reminded me of those mysterious numbers stations heard on shortwave radios. There are light touches throughout, too. Anna leaves crunching footsteps as players scroll, and sound effects seemed to have been timed perfectly for when my eyes would hit the appropriate moment. It’s a visually sparse experience, and the audio helps to fill in some of those atmospheric gaps.

I wasn’t expecting to discover that one of my new favorite point-and-click adventure games would feature so little pointing and clicking, but that’s what Device 6 has done. I felt more than a little silly rotating my iPad around to read Anna along a new path, but her story was worth it in the end.

8.75
About Game Informer's review system
Concept
Solve the mystery of how you got to a strange island through a clever blend of animated text, sound effects, and puzzles
Graphics
Words are your building blocks, with little animated videos and other visuals serving as the mortar
Sound
Effects are timed to ratchet up the unsettling atmosphere, and are used sparingly. Peppy spy-movie music doesn’t mask the creepiness beneath it all
Playability
There isn’t much here beyond rotating your iPhone or iPad, scrolling through text, and solving puzzles. That doesn’t make it any less riveting
Entertainment
Device 6 is an adventure game stripped down to its essence, featuring some of the most interesting puzzles I’ve seen in a while. It’s Myst for graphic design nerds
Replay
Moderately low 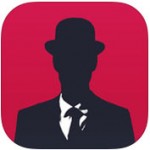