Deus Ex: Mankind Divided is futuristic science fiction, but the message it delivers stems from today’s societal problems. Police shoot unarmed innocents, extremist groups unleash acts of terror, and communities are torn apart by segregation. The story explores these issues thoroughly and makes a clear statement about the threat posed by totalitarianism, but the delivery is often heavy-handed and overstated. In establishing its vision of an oppressed world, the player is treated like a hard drive for extensive downloads of backstory and lore – so much so that I had to make notes just to keep track of all of the shadow organizations, acronyms, and shady government officials. The game made me think about my world, which is clearly the intent, but I never felt a strong connection to the game or the role protagonist Adam Jensen plays within it. Eidos Montreal attempts to disguise hot-button issues as speculative fiction, but sacrifices an interesting story to hammer home its messaging.

Even Jensen is off his game, often appearing so gloomy and one-note in tone that he makes RoboCop seem like the life of the party. When we first meet Jensen, he’s on assignment in Dubai, tracking an arms dealer through an unfinished highrise hotel. This mission displays the promise of Deus Ex’s gameplay, deftly mixing stealth with hacking and the occasional exchange of gunfire. This mission is paced nicely and delivers true excitement, culminating in the surprise assault by a new terrorist cell, each of its soldiers adorned in stylish gold masks and augmented enhancements. Player choice (which is woven into the entire narrative arc with plenty of difficult “no-win” moments) comes into play here, as does a timed event that applies unexpected pressure to the gameplay, making me switch from stealth to run-and-gun to reach my objective in time. It’s a hell of an introductory sequence, but the game never finds that pulse again, and instead becomes formulaic. Once the action starts in earnest, the missions are surprisingly dull, mostly having the player navigate a sea of enemies to track down people to communicate with or an object of desire. I know this may sound like Deus Ex at its core, but my back was hardly ever against a wall, and I wasn’t compelled to search high and low for a more efficient path through these hostile grounds. I rarely ran into a need to switch play styles (as I did in Deus Ex: Human Revolution, the precursor game), as most zones are only lightly peppered with guards or threats. The game allows you to settle into a nice groove, which is great to an extent, but it doesn't deliver much intensity (even on the higher difficulty levels).

Moving like a ghost through environments is surprisingly easy. I ran into a few moments where I was feverishly trying to hack a door before a guard turned around to spot me, but I mostly just read soldier patrol patterns to dart between objects and reach my objective. The only two missions that were truly challenging are a bank robbery and an extravagant gala. The bank is a beauty of level design, offering plenty of ways to approach the objective. The gala has a different twist on how guards must be handled, and it requires significant thought as to how you can do it quietly. The rest of the missions bled together, and even the introduction of more mobile enemies and defenses didn’t pose give the game the kick it needed. City navigation becomes troublesome in the later stages of the game, but I found I could just sprint down the middle of a street to my destination. Jensen would take a few bullets in the process, but his regenerating health made it a risk-free affair.

Outside of the critical-path missions, the world opens up and allows players to sink their teeth into what Deus Ex is known for: player freedom. None of the hub worlds are huge, but they are all truly open, with numerous side missions to tackle and secrets hidden well off of the beaten path. The world itself is beautifully realized, visually giving us a look at the different wealth classes, and the impact government has had on their states of living. Just walking the streets can be an intense experience, given how heavily policed some areas are. Eidos Montreal also does a great job of leaving navigation up to player discovery. Figuring out how to reach points of interest is left entirely up to you, and it’s glorious. Thorough exploration is often required, and rewarded with helpful shortcuts, loot galore, interesting people to meet, and additional side quests. Good fun can come from these diversions. I got a huge kick out of tracking down a magician that was using his powers to create a cult. Looting random people’s homes of their prized possessions and money is also a thrilling affair, although it does contradict the game trying to paint Jensen as a morally grounded individual.

The one interesting wrinkle in Jensen’s life is the discovery of concealed mods in his body. He doesn’t know who put them there or what might happen when he uses them. This revelation smacks of a bad omen and future plotline, but ends up being little more than a gameplay gimmick, providing a new set of abilities for players to explore. As fun as these powers can be – ranging from tesla blasts to bursts of super speed – nothing is as enjoyable or reliable as the basic stealth techniques, like hiding behind boxes and sneaking up behind opponents.

The A.I. foes behave realistically when they don’t know you are around; they look through windows, turn in different directions while walking, and require careful studying just as they patrol hallways. Should they discover your location, there’s little need to panic, as they are often as dumb as bricks. They can be exploited easily – so much so that firefights often end with piles of bodies blocking a doorway. They just run headlong into shotgun blasts. Even if they happen to open fire on you, you can sprint at them to initiate a stealth takedown. Enemies also are surprisingly terrible at sweeping zones of threats. A guard may look behind the first crate in a small room, but won’t investigate the second that is positioned right next to it.

Although the RPG systems offer a variety of upgrades, I only really needed to focus on a few stealth-based paths to take full advantage of the stealth play, and many of those systems return from the first game. A good number of the new upgrades improve Jensen’s proficiency from afar, meaning you don’t just have to rely on firearms. His arm blade and different energy types can be discharged to silently end foes or make a huge ruckus, depending on how you want to play the game. These additions help flesh Jensen out as a capable one-man army, but don't necessarily change how you approach any encounter.

Although Eidos Montreal apologized for the terrible boss battles in Deus Ex: Human Revolution, this sequel delivers a battle that is just as infuriating. I ended up cheesing the sequence by hiding in a vent, waiting for the alert phase to expire, and then snuck out to shoot my target in the head with a sniper rifle. I had to repeat this tactic at least a dozen times to drop the foe, fearing the game was glitched, but it turns out he’s just a bullet sponge. If that fight wasn’t frustrating enough (and it’s oddly the only boss I encountered), the game’s ending doesn’t really feel like an ending at all. I accomplished a feat, but was left with a half-baked sendoff, and not enough exposition – which is surprisingly out of character for Mankind Divided.

I made an effort to connect to this world and tried to get into its extensive amounts of lore, but just couldn’t muster much excitement for it. The narrative is often a slog (though it can be interesting and heady at times), and it devotes too much time to world-building and setup. As much as the game tries to highlight different walks of life, all of the characters, even Jensen, end up looking like faceless beings used to dump lore onto the player. I like seeing games tackle difficult subject matter, but that message, while occasionally coming through loud and clear, is ultimately lost in this dull and slow-moving story. It starts off with a bang, but quickly becomes a muddled mess of politics and techno-babble. 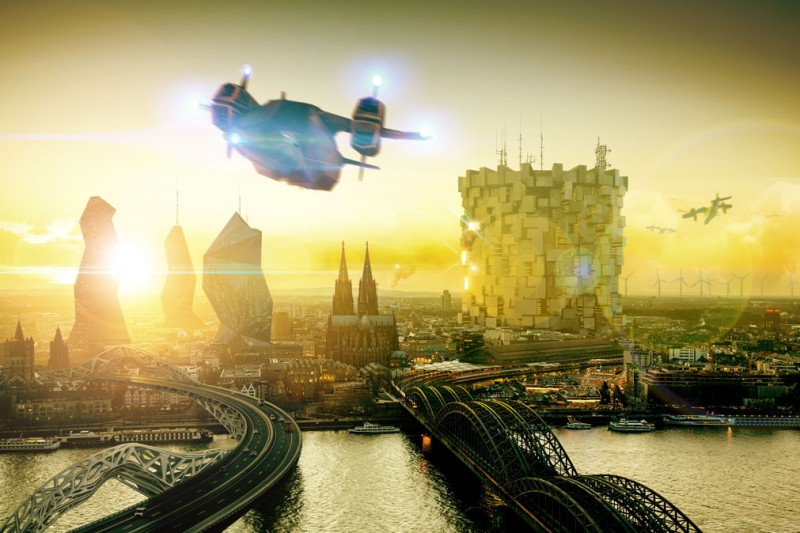 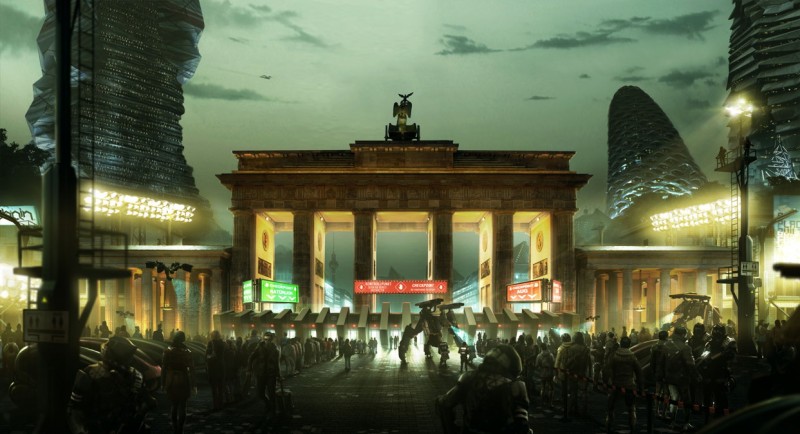 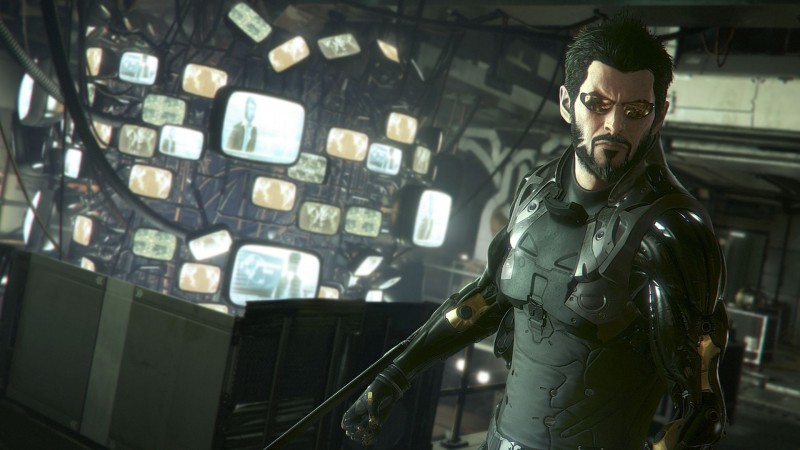 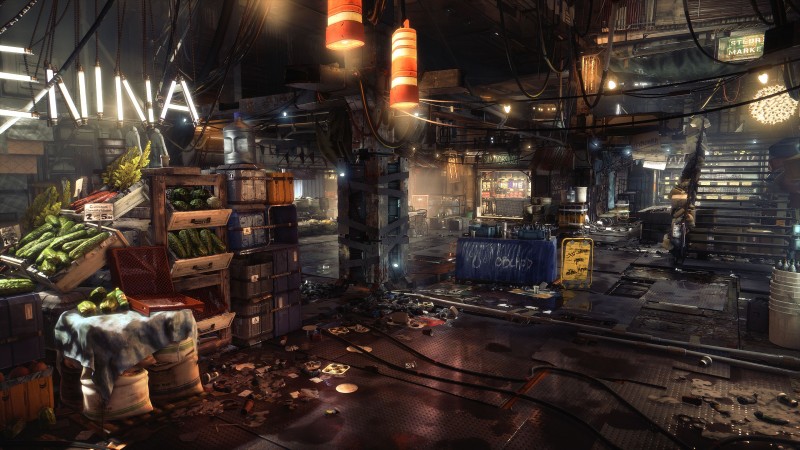 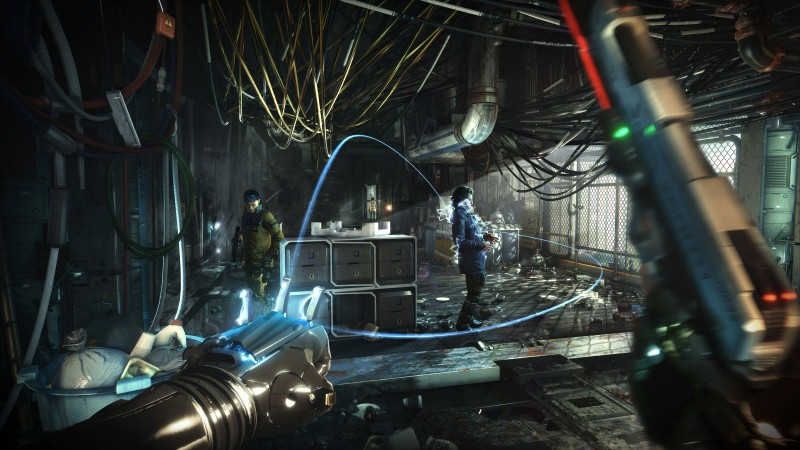 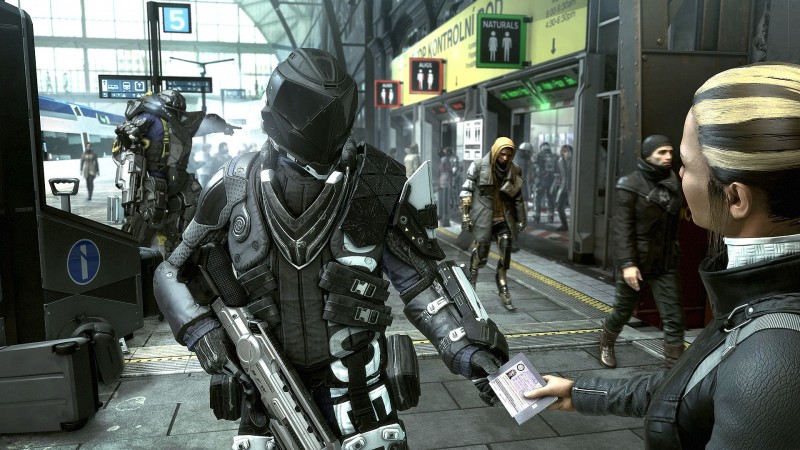 7
About Game Informer's review system
Concept
A choice-driven adventure that puts the player in difficult circumstances, but struggles to make the story feel meaningful over the long haul
Graphics
Many environments offer immense amounts of details, little touches, and key iconography to establish a beautiful and believable sci-fi vibe. Character animations also impress
Sound
The soundtrack elicits a cyberpunk/sci-fi feeling. The extensive voice acting is hit or miss, sometimes suffering from how much characters say at any given time
Playability
Stealth is king. The gunplay, while controlling well, suffers from shoddy A.I. and uninteresting scenario design
Entertainment
A reflection of our world today, but it ends up a little too long winded and the narrative sometimes slows the experience to a crawl
Replay
Moderately High