HD remakes are popular these days, but you rarely see DS games getting the upgrade treatment.

Dementium and its sequel released for DS in 2007 and 2010 respectively, and developer Memetic Games is upgrading the sequel for PCs later this month.

The latest behind the scenes developer diary for the game looks at the challenge of upgrading a DS game to PC, and continues to showcase the difficulty of working with monsters in both the real world and Dementium II's virtual world.

Dementium II is coming to PC and Mac on December 17, and you can pre-order the game now to get a 35% discount on Steam by heading here.

To see the previous episodes of Dementium II's behind the scenes videos you can hit the links to see episodes one, two, and three. 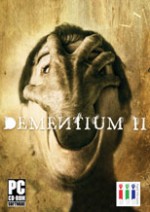