At its best, Deformers offers something for every kind of a competitive player: novices can expect simple, intuitive controls that emphasize smart movement and tactics over rote memorization, while veterans will find room for nuance and cool tricks that can easily distinguish a good player from a bad one. A number of issues prevent it from being consistently fun, but when it comes together, Deformers is a great time.

Deformers pits you and seven other players in high-speed multiplayer matches across three modes: Free-for-all deathmatch, team deathmatch, and Form Ball (soccer). As you roll and jump around the battlefield, you can charge up a ram, grab opponents, and shoot pellets, or block attacks by puffing yourself up into a cube. As someone who consistently fumbled key shots in Rocket League, I enjoy how much “stickier” Deformers feels: Ramming an opponent has both of you squishing together for a half-second, confirming hits with a satisfying heft. In Form Ball, hitting the ball takes a backseat to simply grabbing it and running to the goal. With less of an emphasis on trajectory calculations and precise aiming, I could focus on outsmarting my opponents and ramming into them. The sense of movement gets better as you learn to pull off more tricks or play mind games with opponents; the amount of aerial maneuverability you have leads to interesting situations at the edges of the battlefield, in which the player outside the arena has almost as many options as the player trying to prevent their return. Grabbing works as a counter to blocking, but the person being grabbed can break out and counterattack. Because you begin each life by skydiving onto the battlefield, you can land near power-ups or potentially on other players, killing them instantly. My only issue with the controls is that I would frequently charge up a ram attack only to realize it hadn’t registered my initial input as I let off the trigger – so nothing happened. Your cursor shows you whether or not you’re charged up, but because of a short delay between when you pull the trigger and when the meter starts filling up, you can’t rely on it in situations where split-second decisions make all the difference.

Before you enter the battlefield, you pick from a large number of monsters or personified objects (I spent most of my time as a stack of pancakes with eyes, for example) and one of five classes. The characters are just for looks, but each class has a distinct trait; Strikers have a stronger ram but are weak from afar, for example, while Marksmen have more pellets at their disposal and can shoot faster, but have low health. In practice I found the differences between most classes minimal, as almost every character’s strategy is the same: Run around, charge up a ram, and hit them before they hit you. Because classes and characters have nothing to do with each other, ascertaining which class someone is playing (vital information for anyone who wants to play the game at a higher level) is difficult. An icon hovers over every player, but rather than show their class, it shows which character they’ve chosen, which is useless information.

Modifiers also throw a twist into combat, but they’re not always welcome. You can fight for power-ups in predetermined spots around the battlefield, similar to how people camp rocket launcher spawns in shooters. These items can turn you invisible, transform you into an electric ball of death, or let you fire off a shotgun-like blast of energy you can combo with your ram for instant kills. These are fun bonuses worth fighting over, and I appreciate the strategic layer they add. Much less appreciated are the random stage modifiers that pop up out of nowhere and can remove gravity from the game, make the level spin at high speed, or spawn a giant deadly blob on the battlefield. These modifiers usually make players turtle up for fear of dying, which slows the game down.

Combat as a whole works wonderfully, however, and I eagerly played match after match – when I could get one going. As of this writing, I’ve experienced occasional server and disconnect issues, some of which are more severe than others. Most pause the match for a couple of seconds, but a few ended matches prematurely. One issue even stopped the ball in Form Ball dead in its tracks, allowing the opposing team to prevent what should have been a surefire goal.

Even when the servers work, Deformers doesn’t really have what you’d call matchmaking. It seems to just throw players into an eight-player lobby without paying attention to experience or skill, leading to lopsided matches where one or two players carry entire teams to victory. Even when I was that player, it wasn’t as fun as contested matches, and because winning earns you more experience, I would frequently see the best players on both teams swap into the same team after a match, making subsequent matches in the same lobby even more lopsided. Every player has a skill rating attached to their name (bronze, silver, and gold with stars to earn before jumping up a tier), but that doesn’t seem to mean much right now.

Deformers has some rough edges to put up with, but none of them are reason enough to avoid the game completely. Though it may not have the staying power to tussle with stronger multiplayer offerings, at the core of Deformers is a strong multiplayer experience with a great mix of simple basics and potential for the once-in-a-blue-moon moments that define multiplayer games.

Disclaimer: GameTrust is the publishing label of GameStop, the parent company of Game Informer. All opinions in this review are the author’s, based on his experience with the game. 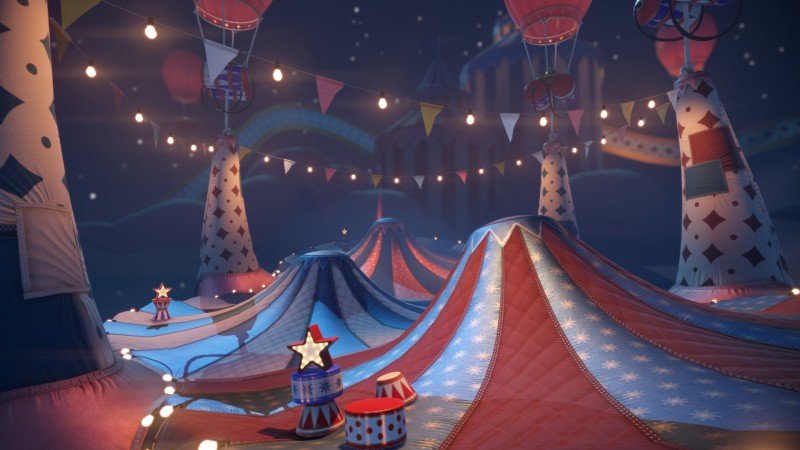 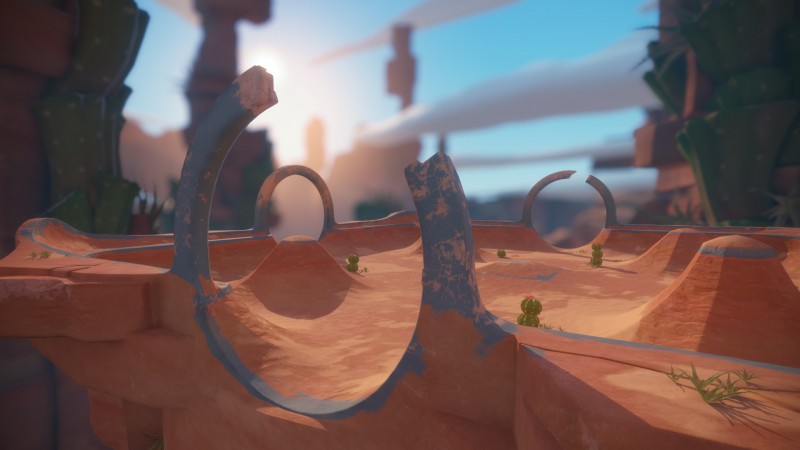 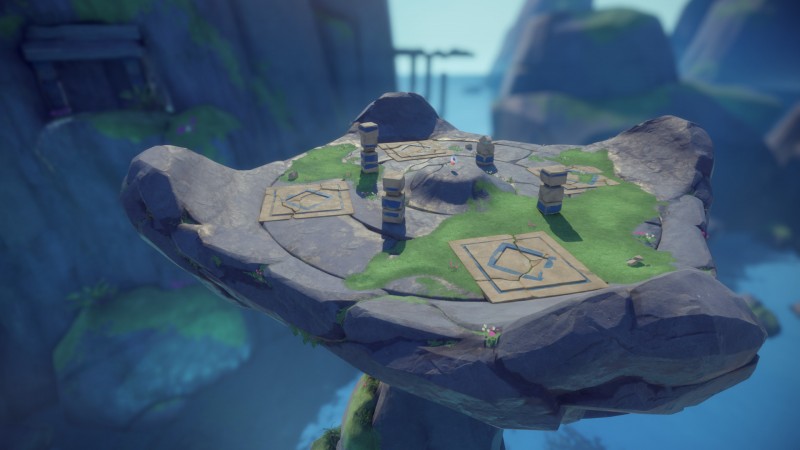 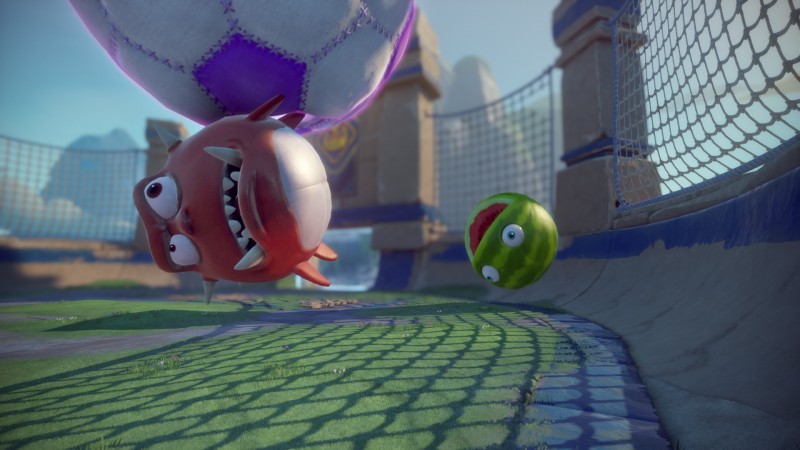 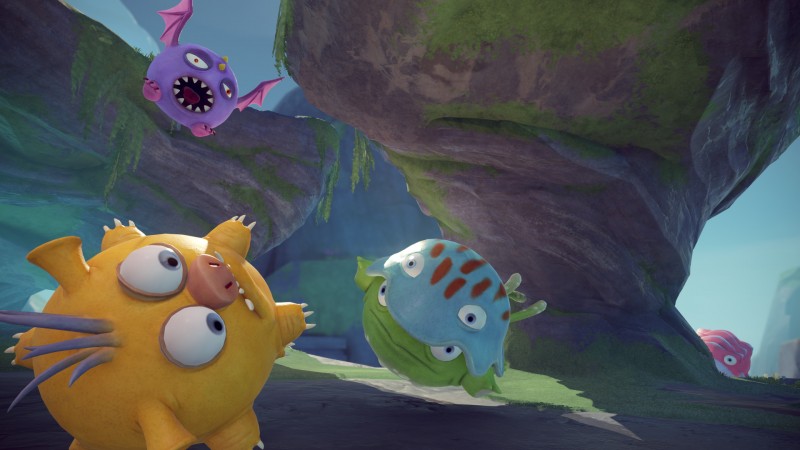 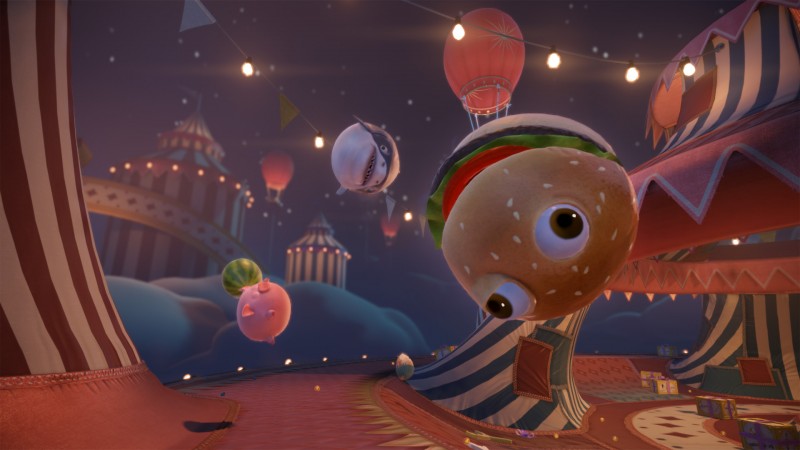 Deformers is a fun multiplayer game for both novices and experts... when it works.

Purchase More Info
7
i
Game Informer's Review System
Concept Take control of one of several squishy balls and ram it into everyone else’s in one of three multiplayer modes
Graphics Even if Deformers doesn’t have a wide array of environments, the art direction is colorful without being overbearing. These may be the most detailed pancakes ever rendered
Sound A number of upbeat instrumentals with plenty of horns, strings, and accordion arrangements, though nothing that will stick with you for long
Playability No matter what class or ball you pick, each Deformer is fast and nimble, and you can pull off some deft maneuvers if you know what you’re doing
Entertainment Some technical and matchmaking issues mean you can’t always enjoy Deformers at its best, but when you can it offers a great multiplayer time
Replay High