When Isaac Clarke boarded the derelict mining vessel USG Ishimura, his actions were fueled by hope. His girlfriend Nicole was stranded on this ship. He did everything in his power to reach her. His search only led to death. The Ishimura was contaminated by a biological threat. Everyone aboard it, including his love, was lost to the disease. Although Isaac survived, he couldn’t outrun the contagion. He was infected.

In Dead Space 2, Isaac isn’t a stalwart hero spitting out one-liners. He’s a flawed character. His deteriorating state of mind adds tension to an already unnerving atmosphere. He sees ghosts, and his consciousness periodically shifts from reality to a horrifying memory.

Not being able to trust a game’s protagonist puts the player in a precarious position. I found myself second-guessing Isaac’s actions. Is he battling people infected with the virus? Is his mind creating apparitions? Or, worse yet, is it tricking him into harming uninfected people? The race to find a cure becomes Isaac’s priority.

The feeling of helplessness is established early on, and the sequences that follow are drenched in suspense and ambiguity. Compared to Isaac’s time aboard the Ishimura, Dead Space 2’s scares are bigger, the tension is greater, and the threat created by the virus makes every shot you fire count. This is one of the most emotionally and physically draining games I’ve played.

Dead Space 2’s new setting, the Sprawl, a heavily populated space station built on one of Saturn’s moons, contributes greatly to the heightened unease. The Ishimura housed only its workforce, whereas the Sprawl is a home for families. This means that the infection strikes children and even newborns. Battling a seven-foot beast that vomits acidic bile and tries to impale Isaac with razor-sharp appendages is one thing, but watching a mother cradle a necromorph baby will haunt my nightmares until I die.

The Sprawl’s architecture is quite different than the Ishimura’s. Well-lit shopping districts, personalized housing, and a rainbow-filled nursery all provide a false sense of security and normalcy to scenarios that are anything but. A room void of danger is often accompanied by a claw scratching a door, rattling footsteps overhead, or muffled screams coming from a distant area. The sound design is pitch-perfect, and the accompanying score makes the scares seem bigger than they really are.

Although Isaac still uses many of the same tools from his previous entanglement, the setting – and new threats that lurk within it – give Dead Space 2 a decidedly different feel.

The team at Visceral Games has gone out of its way to ensure that the player never feels comfortable during the game. Not only does Isaac hallucinate, but creatures burst through walls when you least expect them to.

At no point in this game did I feel that Isaac had the upper hand. Enemies are not only greater in number this time around, they are stronger and better protected. De-limbing specific necromorph types takes an entire clip of ammo. I often found myself using kinesis to hurl every object in a room at a monster, praying that one shot impales the beast or at least knocks it back long enough for me to reload.

While I appreciate the challenge the team has created, I have to call them out on the design of many of the combat scenarios. As Isaac is engaging a threat directly in front of him, foes will drop from vents behind him. If Isaac had a rearview mirror on his helmet, I wouldn’t have a problem with this, but too many of my deaths came from an unregistered foe attacking me from behind.

Tack these unfair spawns onto a game that is brutally difficult to begin with, and many of your screams will come not from horror, but frustration. The balance is perfect through the first half of the game, allowing for fluid progression while still making you thankful for every ammo clip an enemy drops. As the plot unravels, the difficulty increases with each new encounter. Unbeatable foes are thrown into both puzzle and standard combat operations, and elevator rides are packed with necromorphs. I found that the normal difficulty setting felt more like hard or expert in similar games.

As drained of energy as I was at the end of battle, Dead Space 2 often rewarded my effort with action-packed cinematics. Some of these moments blend seamlessly with unique gameplay sequences, much like Uncharted 2 does. I won’t spoil anything for you, but I will say that a sequence taking place aboard a train and another involving a needle are front-runners for Game Informer’s Moments of the Year for 2011.

Disorienting zero-gravity sequences (of which there are many), and a handful of clever “how do I open that door?” puzzles are peppered into the action at just the right times.

The excitement also stretches to Dead Space 2’s multiplayer component, where players get the chance to hunt mankind as the necromorph legion.

In a similar vein to Valve’s Left 4 Dead, all of the matches pit a human team against necromorphs. As the human team feverishly attempts to complete objectives, the necromorphs are tasked with slowing their progress, usually by ripping off their heads or chopping off their legs. I enjoyed my time playing as both sides. Controlling the necromorphs leads to cringe-worthy highlight reels, but these murderous thrills are matched by the feeling of accomplishment that comes with a well-oiled human team that coordinates tactics.

The matches are quickly paced thanks to spawn points that allow necromorphs to crawl out of a vent just feet away from a human opponent. The action is relentless, and post-match kill counts are usually through the roof. Each kill earns you experience points that unlock higher ranks (60 in total) and new armor as well as weapon upgrades. In two hours of match time, I reached level four. Another two hours got me to six. It will take days to reach the cap.

Dead Space 2 is a monster of a sequel, offering bigger scares and more excitement than I expected. I enjoyed Isaac as a silent protagonist in the original game, and I find I like him even more now that he’s found his voice. I’m still confused by the scientific explanations for the contagion and how it is linked to the obelisk-like Marker, but I like where Isaac’s story is going. The tease for Dead Space 3 has my head spinning with questions.

9
About Game Informer's review system
Concept
Isaac Clark is infected, and his sanity is slowly trickling away. His mental state becomes the backbone of Dead Space 2’s plot and action. Can Isaac save mankind from the spreading necromorph virus, or is he a new threat?
Graphics
An astounding level of detail accompanies every object. The level designs also give no hint of where enemies may be lying in wait
Sound
If you turn off the volume, it isn’t the same game. Much of the tension is brought to life by excellent sound design and music that flows with the on-screen horror
Playability
The gunplay mechanics and payoff for most of the shots you fire couldn’t be better. The escalating difficulty brings unwanted tension as the game nears its conclusion
Entertainment
A dread-drenched experience that finds new ways to scare and reward Dead Space fans
Replay
High 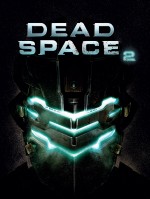