Dead Rising 2: Off the Record Review 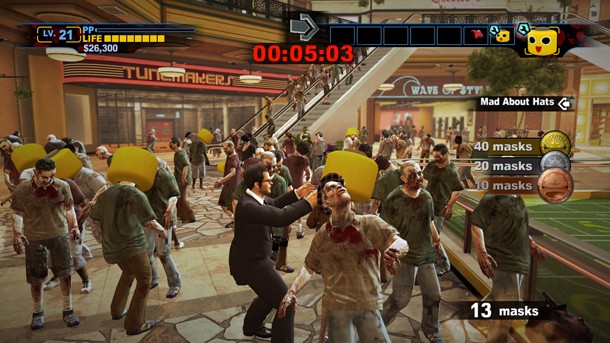 Dead Rising 2 introduced the world to Chuck Greene, a former motocross champion who faced unspeakable danger for the sake of his young daughter. Unlike Frank West, the hero from the first game, Chuck wasn’t armed with a camera. Instead, he brought a healthy dose of weapon-crafting ingenuity to the zombie-lined streets of Fortune City. Chuck was a great character, but fans missed Frank. In Dead Rising 2: Off the Record, players get a chance to see how the events from Dead Rising 2 would have played out if the photojournalist had been there. As it turns out, this old dog has a few new tricks.

Even though he’s been down on his luck in the intervening years between Dead Rising 1 and 2, Frank is still an avid photographer. As he navigates through the slightly modified storyline, Frank gets a chance to capture the conspiracy on film. The mechanic from the first game is largely the same, though players can fire away without having to worry about their camera’s battery life. Chuck doesn’t have a corner on the duct-tape market; Frank can also construct the hybrid weapons that made Dead Rising 2 special, including some diabolically clever new gizmos.

Other additions keep the game fresh for fans as well as appealing to green players. There are a few new psychopaths to battle, including some familiar faces and references that superfans will get a kick out of. There’s also an entirely new area to explore: the space-age Uranus Zone. This amusement park is filled with loads of environmental kills and minigames, and fits in nicely with Fortune City’s overall theme of tacky overstimulation.

For Off the Record, Capcom Vancouver stripped away the second game’s Terror is Reality mode. This multiplayer-only feature was a great idea in theory, but it was plagued by long queue times and a host of performance issues. The main appeal of this mode – being able to earn cash and transfer it to your campaign’s progress – is still in the game, only in a much more appealing package.

Sandbox mode is back in Dead Rising, and it’s available from the start. Each of the game’s three save slots tracks progress in both the story and the sandbox. When you load a save, you can choose to either forge ahead in the campaign or kill time (and a few thousand zombies) in Off the Record’s free-form counterpart.

Dead Rising veterans should have a basic idea of what to expect here. Unlike the mission-driven storyline, there aren’t any objectives to complete in the sandbox mode. Instead, players are free to explore Fortune City at their own pace. Capcom has also added challenges to the sandbox, which provide a welcome series of goals. These optional tasks unlock as players slaughter more and more of the undead, and players who meet the set requirements can score some cold, hard cash. These challenges include the expected kill-fests, in which Frank has to tear through as many zombies as time allows, but also provide some surprises. You may have to round up as many “massagers” as possible before the clock runs out, or show off your parkour skills by quickly reaching an out-of-the-way spot. Players can join in their friends’ game as well, with player two assuming the role of Chuck (complete with camera), as opposed to a clone of Frank.

Progress transfers seamlessly between these two modes, addressing one of the niggling issues some players have had with the Dead Rising series. Previously, it was possible to find yourself woefully underpowered if you didn’t level up enough between missions. At that point, you were essentially forced to start the story over again from scratch, with the consolation prize of retaining your character’s progress. Now, with sandbox mode, you can just slip over to the open-world playground, paint the floor with zombie blood for a few hours, and then continue the campaign with your newly buffed West.

The inclusion of the sandbox mode makes Dead Rising 2: Off the Record more than just a retread with slightly modified cutscenes. By itself, it’s an incentive for Dead Rising 2 players to pick it up. If you haven’t gotten around to playing the sequel yet, this is definitely the version to get.

9.5
About Game Informer's review system
Concept
Take the bulk of last year’s Dead Rising 2 and add a “what-if” twist starring the original Dead Rising’s Frank West
Graphics
Textures look gnarly up close, but the sight of thousands of onscreen zombies still impresses
Sound
As before, the music is appropriate if unremarkable. Sound effects are a high point, deftly accompanying meaty impacts and gruesome splatters
Playability
Frank’s photography skills add another layer to the already deep gameplay
Entertainment
Much of the story is the same as before, but the inclusion of a sandbox mode keeps the game fresh
Replay
High 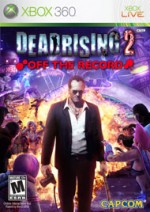