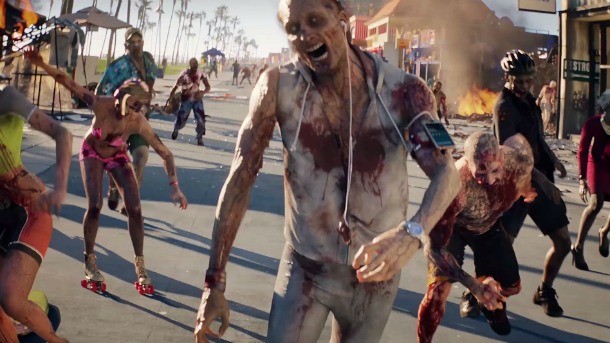 Dead Island 2 is still over half a year away, but the team at Yager brought a brief playable demo to Gamescom to show off the improvements to core systems, including combat and crafting. We went through the experience twice, once with the Berserker and once with the Speedster.

The two play very differently, with foot speed making a big difference. The Berserker trends toward heavy weapons, with slower, movement and heavier swings. The Speedster is notably faster (as you might expect), preferring bladed weapons and sneaking up behind zombies for an instant backstab kill.

The crafting system has been completely revamped. You won't need to seek out a workbench anymore. Anything can be built on the fly (if you have the blueprint). You also won't need to worry as much about the oppressive weapon deterioration of past entries.

This element is still present, but it's toned down. You'll be able to repair on the fly, also. More importantly, cash isn't the resource used to craft or repair, as members of the Yager team pointed out that didn't make sense. Instead, you'll have to use resources that are tailored to the weapon type in order to improve efficacy.

Modifications are now supported by more streamlined elements. In the demo, we were able to find resources to enable fire and electric mods. Finding cell phones, batteries, and other items in a hardware store contributed to our electronics pool. Pumping gas at a station filled our flammables resource. This is a much more enjoyable (if less realistic) approach, as you won't need to find rubber hoses or specific blades in order to fulfill blueprint requirements.

The weaponry in Dead Island 2 remains just as crazy, and we were directed toward the Home Strike, a combination baseball bat and bowling ball. Swinging once brings the enormous mallet down over your head, but if you time it correctly and connect with a zombie on the upswing, you'll send it flying. I don't mean it gets knocked back. I mean, you should look up, because it's going, going, gone.

You can keep swinging as much as you want, as the stamina meter has been restricted to sprinting only. You won't get tired out by kicking enemies away (useful since looking for cues can help you boot a larger enemy to the ground, making them vulnerable). This means you also won't be vulnerable to a knockdown because of drained stamina.

The gunplay feels tight, even at this early stage. Yager has experience with gunplay, as the excellent Spec Ops: The Line evidences. The increase in firearms creates more options in combat and will likely help players find varied roles within the four classes.

Part of the demo was reserved to a world event. The four of us were tasked with defending a specific location. These will happen throughout the game, and are the source of some competitive play.

Dead Island 2 can support up to eight players in the same world, and two teams can compete for some of the secondary objectives. For instance, should a helicopter crash, it may be a race to the site.

Yager definitely has more work to do, as the pre-alpha code was unsurprisingly imperfect. I'm excited to see more from the game though, as the changes to the crafting system and the increased focus on ranged weapons make for a tighter experience in the same comedic, gory world. 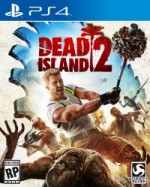