Asymmetrical multiplayer is a fantastic concept. In execution, we’ve seen big hits like Left 4 Dead and failed-to-launch missteps like Fable Legends and Shadow Realms. Behaviour’s Dead by Daylight trends toward the good side of things, with exciting gameplay, big jump scares, and tension unlike anything I’ve ever felt in a multiplayer game.

Dead by Daylight rolls out like a playable horror movie, pitting an unstoppable villain against a group of up to four survivors running for their lives. The team of survivors has nothing to rely on but their wits while avoiding their lone foe. The goal is the same in each map: Victims must locate and power a number of generators, find one of two exits, throw the switch, and escape. The killer needs to stop them.

In order to survive, victims need to get past one of three different disfigured murderers. Each has different special abilities, like setting bear traps or ringing a bell to become invisible.  From the moment the match starts as a survivor, you need to think and act quickly. Determining which killer you are up against is crucial, but you also need to find a generator and start work on repairing them as soon as you can.

The different variables and bloody action keeps you on your toes, regardless of which side you’re on. Both roles offer up thrills; I audibly yelped when a killer snuck up on me as a victim, and cackled in deranged fashion when chasing a helpless teenager through the woods.

Developer Behaviour has created jump scares in a multiplayer game that largely has the same pacing and identical objectives every time you play. Despite the same loop of finding and repairing generators while staying hidden, each match is filled with tension, terror, and ultimately relief. Procedurally generated elements fill creepy cornfields, decrepit homesteads, and rusting junkyards.

Once the killer starts picking off your allies, you have a hard time completing your objectives. When the supernatural murderer hangs your friends on hooks to be sacrificed, you need to make a tough call. Do you risk saving them, knowing that the killer is probably keeping a close eye on his prey? Or do you take the time he wastes camping to find and repair a generator in relative safety?

As the killer, you need to move fast. While you can dominate the survivors with ease, they are faster and have the advantage of third-person view (as opposed to the killer’s first-person perspective). It’s easy to lose them, which makes each chase thrilling. More than once, my game came down to one final victim in an exciting cat-and-mouse conclusion.

As a survivor, giving away your position is easy. Running leaves a trail for the killer to follow, and failing a skill check QTE while repairing a generator signals the pursuer audibly and visually. Walking, crouching, and even hiding in the tall grass are often the best choices.  This creates strategy in movement, and creates important choices from moment to moment. It’s easy (and dangerous) to simply run away. However, if you want to get back to a generator you had to vacate, you’re better off moving slowly and quietly, hiding until the killer moves on. Dead by Daylight rarely feels one-sided, and I enjoy that many matches come down to the wire. One side can potentially dominate early, but those instances are a welcome exception, hinting more at impressive skill than imbalance.

Each survivor and killer has a unique, procedurally generated upgrade path called a bloodweb. In order to level up, you need to earn blood points by playing. Fill a web up by unlocking all the nodes, and you level up and start again with new, possibly more potent skills and consumables that change the environments or give victims an advantage.

The progression system offers perks that slightly tweak the way the game plays, like the killer getting an audio cue when survivors are close or survivors earning the ability to self-heal, buff other victims, or sense when others are nearby. They are meaningful without causing severe mismatches when players of varying levels get paired online.  Because the bloodwebs are random, you can’t easily customize for specific roles, like a repair character or a healer. Instead, since you have to take every available node to level up, you’re beholden to the random number generator. The ranking system serves as meta-progression, but the character-specific skills drive replay value.

Many of your Dead by Daylight games are likely to be with random players, which feels foreign in a world that has only increased emphasis on playing with friends in recent years. Once in the game, you’re cut off from communicating. This works, but I’d much prefer a proximity-based voice system, which the killer would be able to hear, too. Completely eliminating a way to chat seems counter-intuitive. This means that you want to take advantage of the pre-match chat to strategize, especially since you won’t know what killer will be hunting you.

You can’t group up with friends for ranked play. However, you can take your earned skills and consumables into a private match with friends. Since you can play with two to four victims (with generator repair requirements scaling to player count), it’s a good solution.  As the killer, you wait a bit longer for matchmaking. However, I rarely had a problem finding a team of victims to hunt. Because Behaviour allows players to choose which experience they want, you never get stuck playing the side you don’t want to. It would certainly streamline matchmaking to just pluck groups of five and put them in a lobby, but you’d have people quitting out if they didn’t get the side they want.

Unfortunately, you can’t simply switch roles if you want to take turns being the killer; starting a new party and re-inviting friends is your only good option – a time-consuming and inelegant approach. Behaviour is working on other options for grouping with friends, but at the time of our review, those have not yet been implemented.

Playing with friends is a hurdle right now, but largely because I want to share these tense moments with people I know. Regardless, I keep feeling the pull back to Dead by Daylight.  The seeds of greatness are here, but with plenty of room for refinement and clarity to improve the experience. 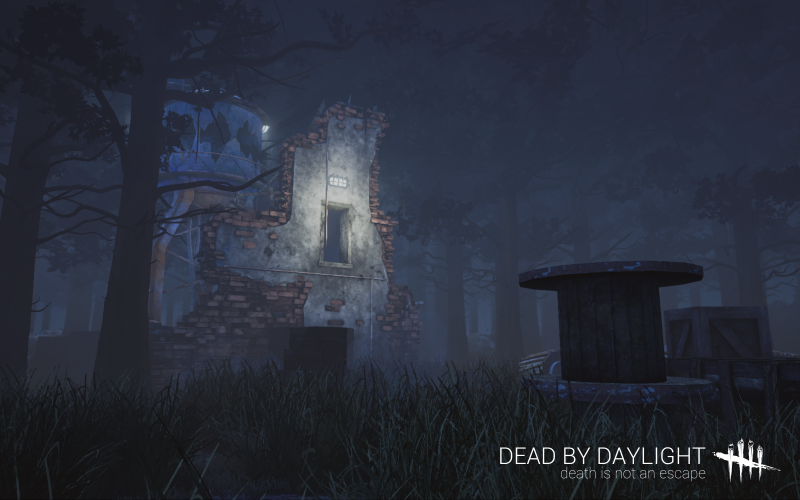 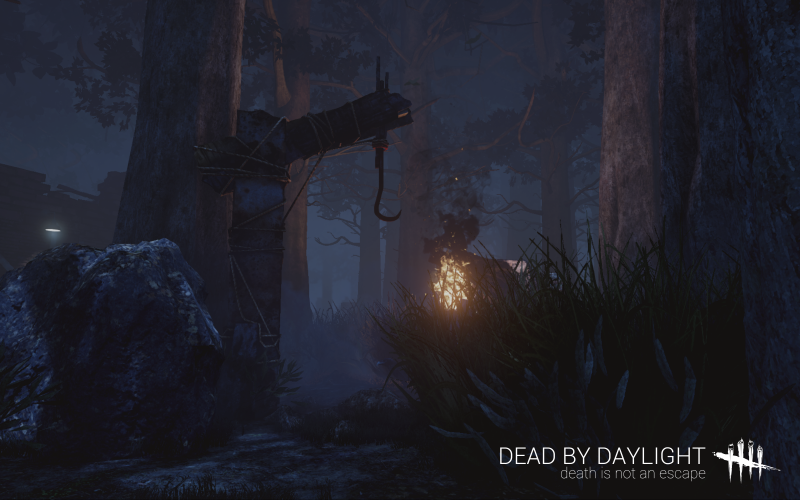 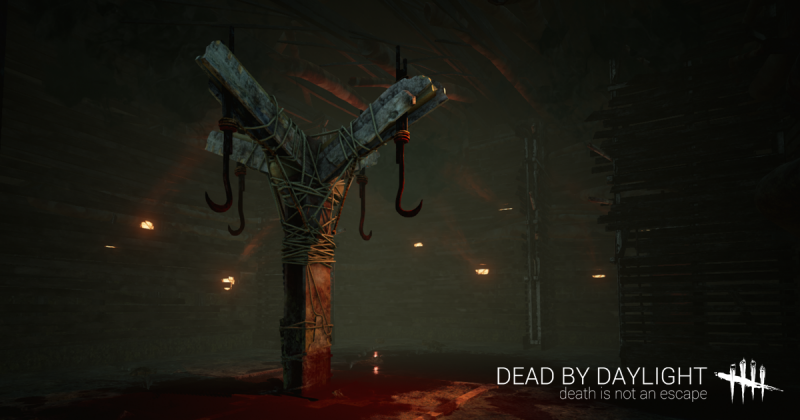 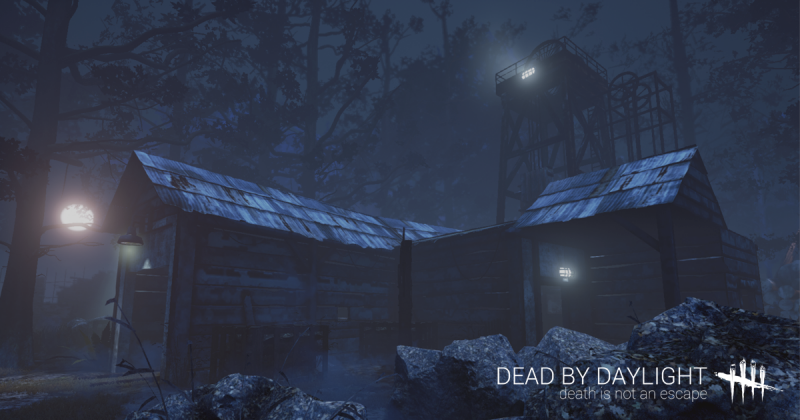 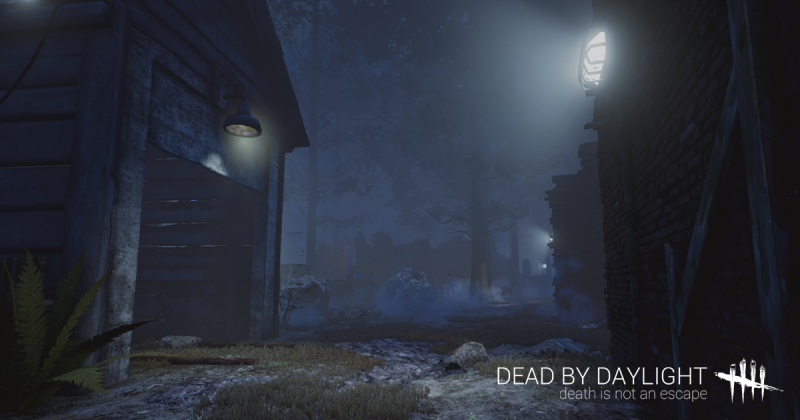 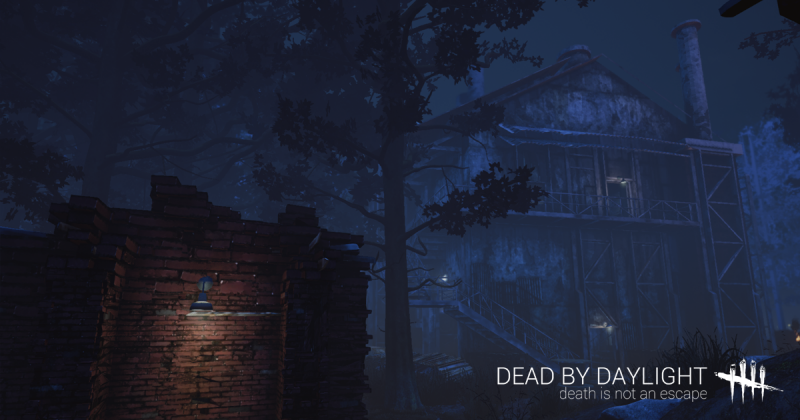 8.25
About Game Informer's review system
Concept
Asymmetrical multiplayer in which up to four victims must escape from one of three disfigured killers
Graphics
A creepy atmosphere and striking designs for the killer win out over bland survivors and environments that could use more variety
Sound
Play with headphones and listen for the ominous, thudding heartbeat that signifies the killer is near. You need to play with the volume up, as the audio is crucial
Playability
Controls are tight, whether playing with mouse and keyboard or gamepad. Be prepared for random QTE “skill checks” that add to the challenge
Entertainment
The tension is high in every match, with jump scares and thrilling chases peppering each encounter with the killer
Replay
Moderately High