In the absence of more traditional action, first-person exploration games depend on their atmosphere and characters. Success stories like Dear Esther and Gone Home demonstrate how a compelling narrative can pull players in, even when the gameplay consists mainly of looking at stuff and reading. Zombie Studios makes a similar attempt using a horror setting with Daylight, but fails to create a world where you care about anything or anyone. Without a captivating hook or any real scares, Daylight leaves players lost in the dark.

You control Sarah, a woman who wakes up in a spooky hospital with nothing but a cell phone. Using its flashlight, Sarah illuminates creepy corridors and dodges specters while finding bits of information like newspaper clippings and journal entries. Unsurprisingly, these generic clues hint at sinister goings-on at the hospital-turned-prison, but they never coalesce into a real mystery. Not every game needs cutscenes and long-winded exposition; I’m fine with piecing a story together based on the clues I find. The problem with Daylight is that, even after collecting all the information, the story isn’t interesting.

The bland settings don’t help the situation. Apart from the predictable menace of places like sewers and abandoned prisons, the procedurally generated environments don’t provide a crafted or deliberate journey. On one hand, this means that the maps are never exactly the same. On the other hand, lots of dead ends and corridors with nothing to find results in too much aimless exploration. You get plenty of unpredictable jump scares that are different for each playthrough, but Daylight doesn’t get past that surface level to deliver anything truly frightening. The randomness deflates the sense of tension, because information must be recollected after you die, but it isn’t found in the same places or in the same order.

I also ran into a series of technical problems, including crashes, falling through the ground, and audio glitches. These technical missteps are distracting, but they aren’t the most serious problem. Daylight’s inability to terrify you and present a world you want to explore is its ultimate undoing. 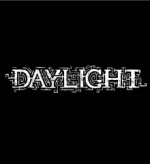 Without a captivating hook or any real scares, Daylight leaves players lost in the dark.