Crytek's follow-up to Far Cry was a beautiful catastrophe. Crysis demanded so much graphical horsepower it crippled most PCs, and the result was a critically acclaimed game that never hit critical mass. In this respect Crysis Warhead fares much better. You finally don't need a NASA supercomputer to experience the thrill of eliminating a squad and disappearing into the jungle like the Predator.

This standalone side campaign follows Sergeant Michael ''Psycho'' Sykes on his mission to secure an alien specimen currently in the hands of the North Koreans. Like Nomad, Psycho dons a nano-suit that lets him run faster, jump higher, aim steadier, hide better, and absorb more bullets than his enemies. Psycho also has access to a few new toys that Nomad never used, such as an impressive new grenade launcher that turns your enemies into mulch.

Warhead carefully blends the sandbox gameplay that made Crytek famous with a more streamlined campaign featuring larger set-piece battles involving North Korean regiments, aerial alien attacks, and fast-paced chase sequences. While I missed the completely open world, Warhead's well-paced missions are action packed and still give you plenty of options as to how you can approach the ­objectives.

Somewhere along the line the North Koreans secured nano-suits of their own, but your adversaries rarely use the more impressive functions like speed and cloaking to create the frantic battles seen in games like F.E.A.R. Then again, neither do the fellow elite soldiers you fight alongside during certain missions. The normal difficulty setting also seems pared down - Psycho can absorb a lot more bullets and ion pulses than Nomad could.

On the multiplayer front, Warhead introduces a team deathmatch mode, revamped balancing, and a handful of better maps, but does little to match the depth of other online shooters like Call of Duty 4's persistent rankings, perks, and unlockable arsenals. Thankfully the action-packed single-player campaign hits the sweet spot that the multiplayer misses, which makes Crysis Warhead an exceptional ­value. 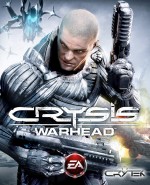 Crysis: Warhead
Purchase More Info
8.75
i
Game Informer's Review System
Concept Square off against North Koreans and hostile aliens in a new side-story campaign
Graphics Don't be fooled, the game's amazing graphics still push your rig to the max. Cutscenes also look great, but the later, ''emotional'' moments are spoiled by overacting and poor direction
Sound In case you can't tell by his accent, Psycho will constantly remind you that he's British, you muppet
Playability Scales down to accommodate weaker PCs, but finding the right setting for silky smooth gaming can be...troublesome
Entertainment Fans of the early levels of Crysis should definitely pick this up
Replay Moderate