When Crysis debuted on PC in 2007, the rumors of its technological prowess were so pervasive that many actually believed us when we published a Game Infarcer spoof article claiming NASA supercomputers could run the game on its max settings for only 10 minutes before crashing. Indeed, the amazing water effects, long draw distance, and dense forests were a sight to behold, but my lasting memory of the game centers on its wide-open approach to combat. Four years later, console gamers finally get to see what all the fuss is about (minus the forgettable multiplayer mode you wouldn’t want to play anyway).

Players assume the role of Nomad, a member of a Delta Force squad sent to a remote island off the coast of North Korea to investigate a distress signal from a team of archaeologists who uncovered a mysterious alien technology buried deep underground. The North Koreans want in on the action, so Nomad shoots and sneaks his way through the KPA on his way to facing the extraterrestrial threat. Thanks to the enhanced speed, strength, armor, and cloaking abilities of his nanosuit, Nomad has the upper hand on the battlefield. If you want a challenge, kick the difficulty up a notch because the enemies on the default settings are so dumb that an entire squad of North Koreans couldn’t find me when I parked my jeep in a bush and started raining down MG fire upon them.

The main attraction of Crysis is the freedom developer Crytek gives you to experiment with tactical approaches. The large sandbox world offers equal opportunity to sit back and snipe enemies from afar, drive a jeep into an enemy base with guns blazing, or don the invisibility cloak and methodically pick off enemies one by one. As with Crysis 2, the streamlined nanosuit controls are deftly mapped to the gamepad, which is a step up from the clunky radial menu of the PC version.

While the wide-open sandbox gameplay and nanosuit powers survived the transition, the breathtaking graphical fidelity is lost in translation. The port still looks good in comparison to a lot of contemporary consoles games, but many of the impressive technological advancements are absent. The draw distance took a major hit in the conversion, the lack of anti-aliasing is extremely noticeable in dense environments, pop-up occurs commonly, and the drab nighttime sequences are a far cry from the stunning moonlit landscapes of the original. If you never saw the PC game in action, though, it’s a non-issue.

Several bugs plague this port as well. I experienced numerous audio issues, like the sound of a helicopter playing when there were no birds in the sky, or the blasts of gunfire being stuck on repeat even though no one was shooting. Weapons sometimes locked up when I switching to new ones, and my ammo counter wouldn’t update even though I picked up new bullets. Thankfully these occurrences were infrequent enough that they didn’t detract from the solid core gunplay.

The noticeable downgrade in graphical fidelity and occasional bugs aside, the console port of Crysis is still a blast to play. If you’re tired of corridor shooters and are looking for a little more freedom on the battlefield, this is a worthwhile download. 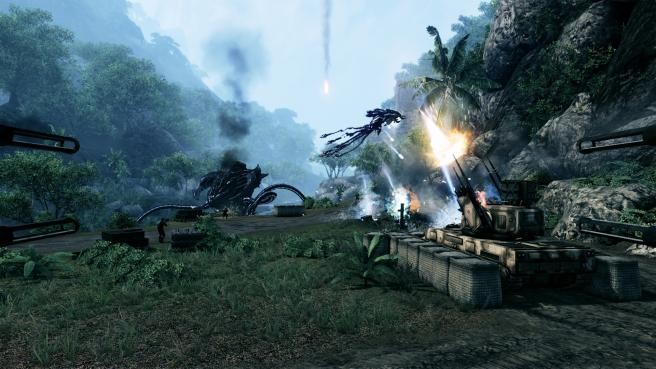 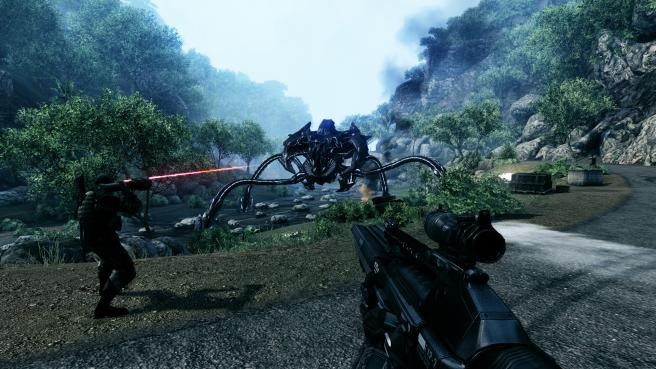 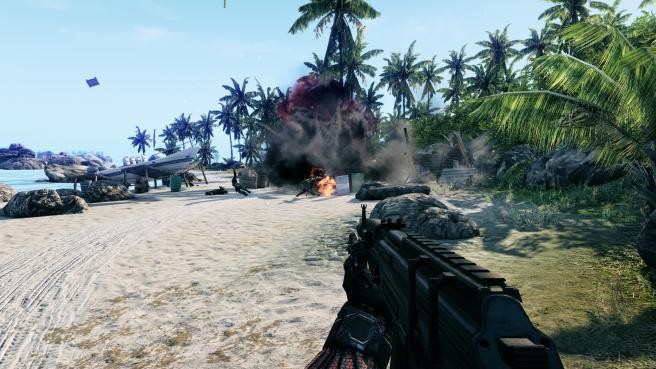 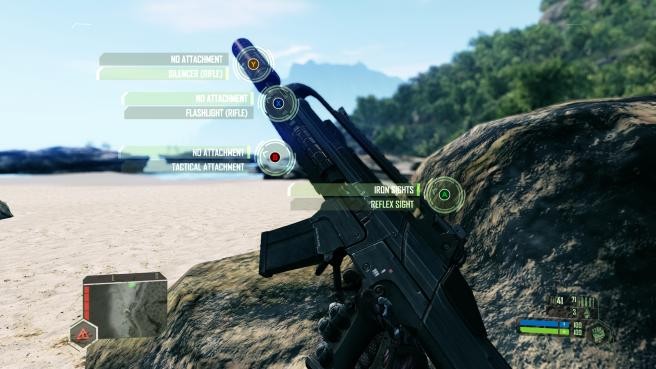 8.25
About Game Informer's review system
Concept
Bring the PC juggernaut to consoles on the heels of the successful Crysis 2
Graphics
Poor draw distance, frequent pop-up, and a lack of anti-aliasing ensure that no one will mistake this modest port for the PC original
Sound
Sound bugs and poor transitions between environmental effects mar the experience
Playability
The controls move effortlessly onto the gamepad
Entertainment
This port may not look or sound like the highly regarded PC version, but the sandbox firefights hold up well
Replay
Moderate 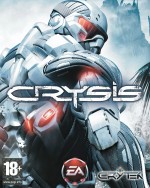