Like the mech suits it has you put together, Cryptark is built of various parts. Its dual-joystick combat involves darting around waves of enemies to avoid damage, and makes me want to mete out as much pain as possible. But with long-term budget to worry about, I need to consider the weight of every shot I fire. Because death can have huge repercussions, I spent the opening moments of every level contemplating my approach, as if I were planning a heist. While Cryptark’s hodgepodge of components don’t always mesh well, it’s a worthwhile shooter that provides the thrill of getting through a tough challenge by the skin of your teeth.

Cryptark casts you as a gun-for-hire tasked by a mysterious group to find the titular Cryptark, a spacefaring vessel that houses a valuable treasure. To find it, you choose one of seven mech suits, then make your way through five procedurally generated ships. You can choose one of four ships to explore after each level, and your options have different difficulties and optional objectives to accomplish.

These objectives and difficulties tie into Cryptark’s budgetary system, which allows you to load your mech up with different weapons and useful tools. But with only $500,000 in the bank to start with, you must make a cost-benefit analysis for each of your mechs, weapons, items, and even the amount of health you take on each mission. Do you head in with four powerful weapons, only one healing item and six points of health, and rely on your chosen mech’s ability to cloak? This would let you sneak through chokepoints and destroy objectives quickly, but wouldn’t leave much room for error. You can also play local co-op with a friend, though the risk of splitting health and ammo between two people is only worth it if both players know what they’re doing. Once you’re inside a ship, combat encounters can escalate quickly, as tripping alarms or making a beeline for your objective leads to being swarmed by enemies. Though many weapons have a decent enough spread, aiming with the right stick or mouse didn’t always feel well-tuned. Additionally, having up to four different weapon slots you can swap out meant I frequently pressed the wrong fire button, or forgot I had a given weapon at my disposal. Thankfully, most opponents don’t require too much precision or finesse to fight, so these issues didn’t frustrate me as much as they would have otherwise.

The ships you’re assaulting allow for a several avenues of approach. Every one has a central core to destroy, but also contains several other systems that make your job more difficult. Shield generators make it impossible to damage the other systems they guard until they’re destroyed, while shuffle systems move the location of every other system on the map every minute or so. Each of these provide a minor challenge on their own, but each ship overlaps several of these systems to create several kinds of challenges.

Despite these varying challenges, I eventually developed a consistent priority list when it came to different systems, which dampened the initial fun I had playing around with different strategies. Because of the budget constraints of the campaign, finding the “best” solution to every level is more lucrative than forming your own approach; the more I played, the more I realized the best plan is to simply destroy the shield or alarm system guarding the central core and head straight there every time. Though the main campaign forces you to start over completely if your run out of funds, Cryptark also has a roguelike mode, which offers a change of pace by removing the budgetary aspect entirely and forcing you to pick up additional weapons onsite. This means the mech you choose matters more, since you can’t swap weapons before missions or spend more cash to increase your health points. This mode is undoubtedly harder than the campaign, but is easier to dive into repeatedly since it has less set up before missions.

With its repeatable structure and myriad options for customization and approaches, Cryptark begs you to play run after run at its intricate levels, but I didn’t feel compelled to dive back in after I’d finished the final level. Mapping out your plan of attack and then successfully executing it is a thrill, but with only a few key obstacles between you and your prey, this strategic layer never takes off the way it deserves to. Cryptark’s surprising depth of options might hook you at the outset, but they aren’t enough to make you return time and again. 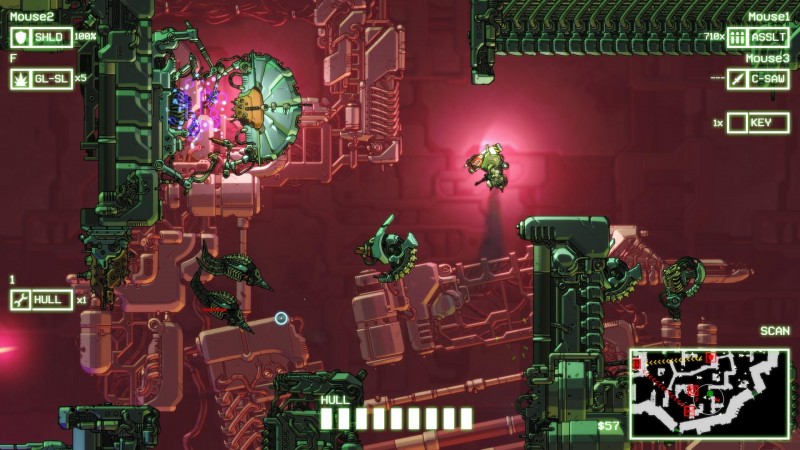 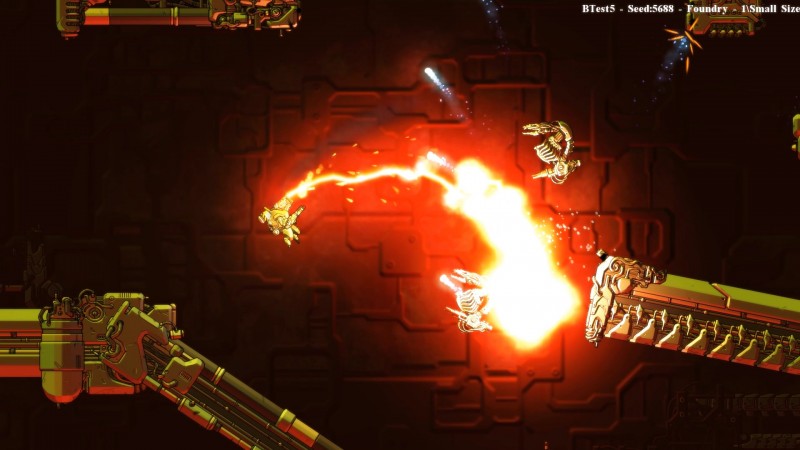 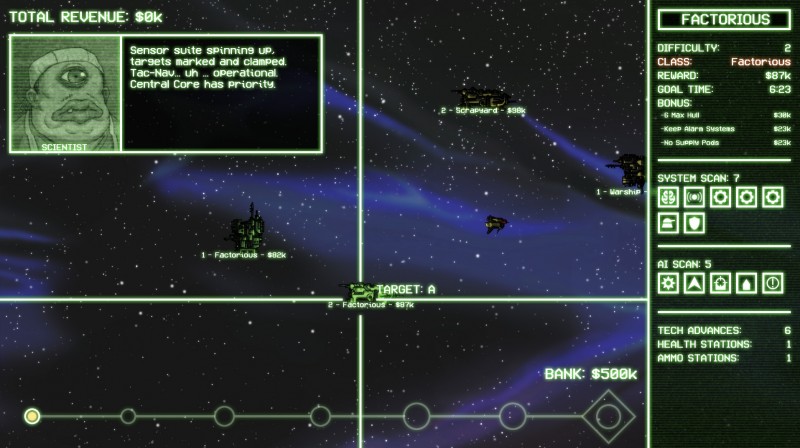 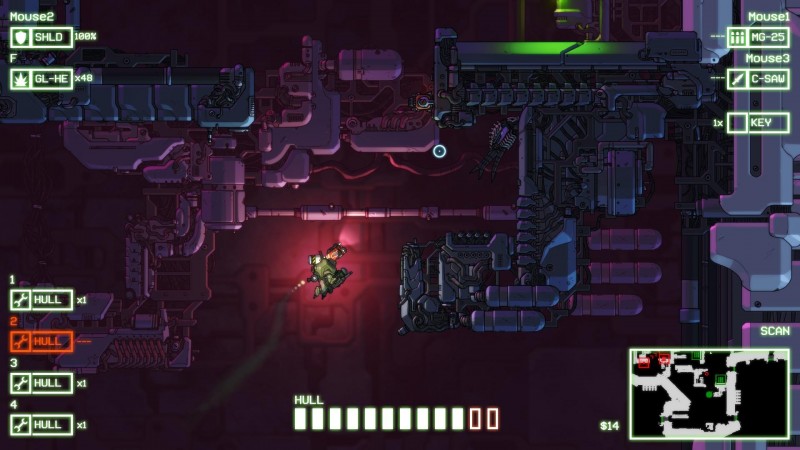 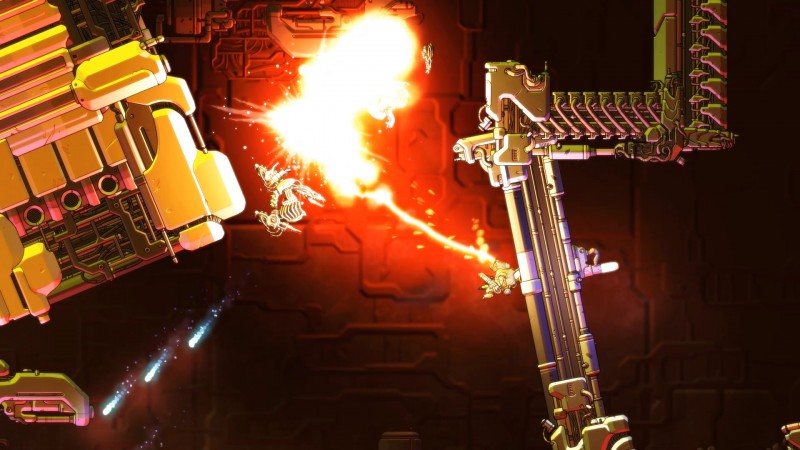 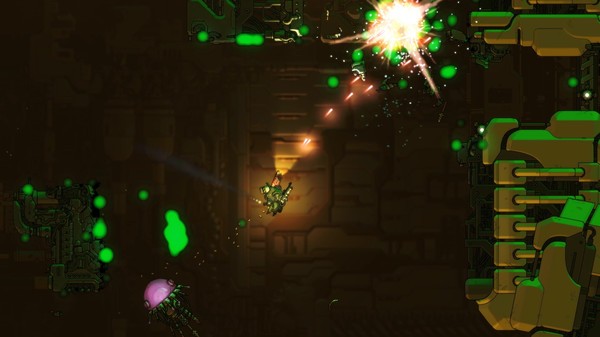 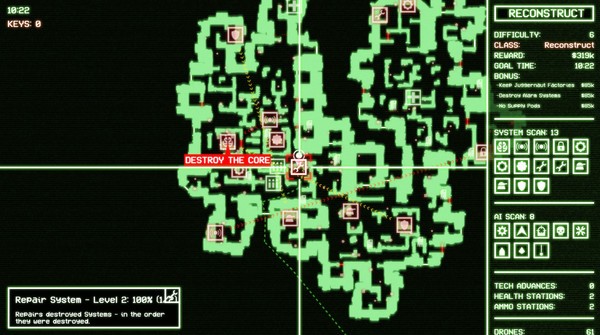 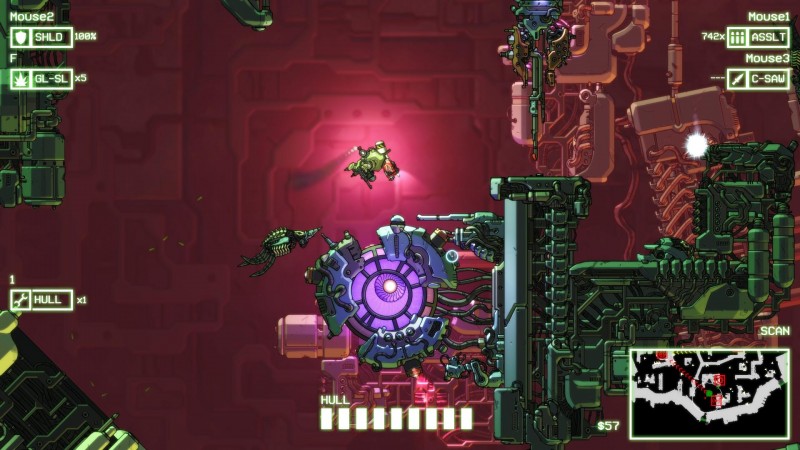 7.75
About Game Informer's review system
Concept
Pilot one of several ships through a series of procedurally generated vessels that let you approach objectives however you want
Graphics
The 2D art style looks simple but nice, with several effects for lightning and fire standing out from a sea of bullets
Sound
The synth and rock soundtrack is more background music than something to listen to actively. Voice lines are well-acted and give an otherwise sparse plot some depth
Playability
Managing dual-joystick movement and four weapons at once can be demanding, but taking down enemies and objectives feels great
Entertainment
The mix of roguelike modes lets you play at different paces, but once I had my one incredible run to victory, I felt like I’d seen everything the game had to offer
Replay
Moderate 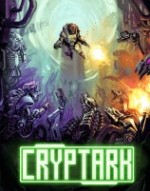