Crimson Shroud is a product of the Guild01 program from publisher Level -5, which also included Liberation Maiden and Aero Porter. The experiment took renowned developers like Suda 51 (No More Heroes) and Yoot Saito (Seaman), and tasked them with making small, downloadable games. Crimson Shroud comes from Yasumi Matsuno, best known for his work in the Final Fantasy series and Vagrant Story, and has so far been the most interesting of the bunch.

Crimson Shroud quickly establishes itself as a narrative-heavy game with lots of on-screen text to tell the story. You see characters on screen, but you won’t see word bubbles popping up over their mouths to represent a conversation. It’s all presented to you as though you were reading a fantasy novel.

The story follows a “Chaser” (basically a bounty hunter) named Giauque and his partners.  Despite Giauque’s profession, his quest isn’t about finding a person – it’s about finding the mysterious Crimson Shroud artifact, the original source of magic in the world. As you would expect in a fantasy RPG, that means killing lots of fantasy creatures, collecting loot, and drinking potions.

While the premise is unsurprising, the visual presentation has an unexpected flair. Everything looks like a tabletop RPG; your party and the enemies they encounter are all stationary miniatures, complete with large bases to keep them from falling over. The characters aren’t animated at all, which is strange at first, but it ensures that Crimson Shroud has an artistic direction it can proudly claim as its own. It charms, and helps sell the idea of the digital tabletop RPG.

Through its text-heavy presentation, Crimson Shroud portrays a typical fantasy world with archetypal characters, but I found myself invested in all it had to offer. The player character intricately describes every room you enter, and sometimes offers the option to read backstory about how he met his partners. The story or characters aren’t necessarily more interesting or better than the average fantasy RPG, but the novel presentation with extensive description makes it all much more engrossing. It’s like the difference between reading the book and watching the movie adaptation. The book is always better.

The combat is highly strategic right out of the gate. Casting spells to complement your abilities and defenses is required, as opposed to playing entirely on the offensive. Each party member gets multiple turns per round to cast spells, use skills and items, and attack. Many of your battle choices can be strengthened or weakened by the roll of the dice, adding an extra layer of luck to combat. Dice are rolled manually by throwing them using the touch screen, and despite doing it multiple times per battle, it never gets old.

Exploring the map can be frustrating, and is here where things feel too old-school. You click your way from room to room, but the moment you get stuck or need a specific item to progress, you find yourself backtracking, seeing the same descriptions over and over. I enter a dark room, can’t do anything, and then retrace my steps repeatedly. I discover that I need a certain enemy to randomly appear, and that enemy needs to randomly drop a specific item to light the dark room (once I get back to it). In these moments, Crimson Shroud embraces the abandoned roots of RPGs too tightly.

Crimson Shroud takes the RPG formula and boils it down to its essence. The story reads like a novel, the characters are tabletop miniatures, and instead of exploring dungeons, you select areas from a map to enter and roll dice during combat. It’s a blessing for old-school RPG fans who love managing statistics, but it also showcases why some old RPG mechanics have been abandoned. 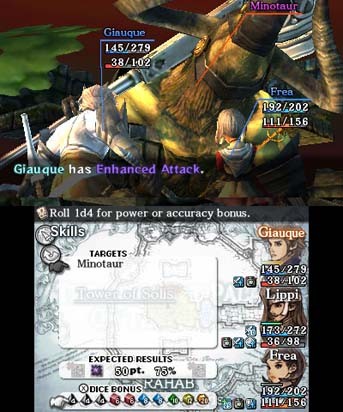 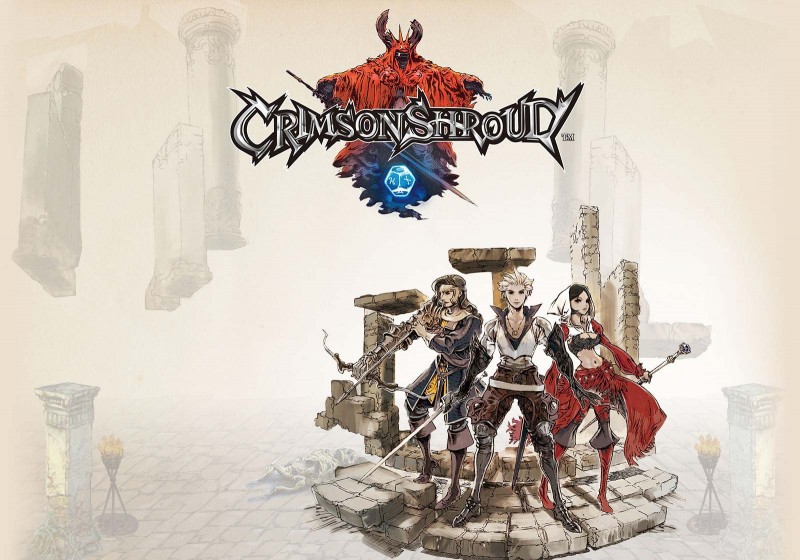 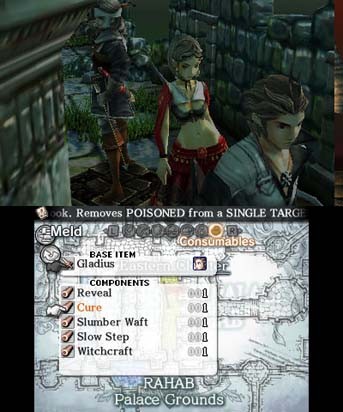 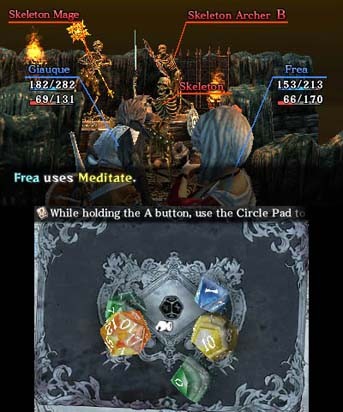 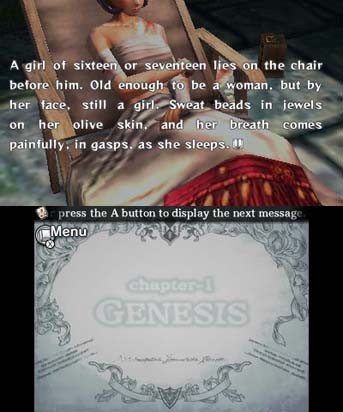 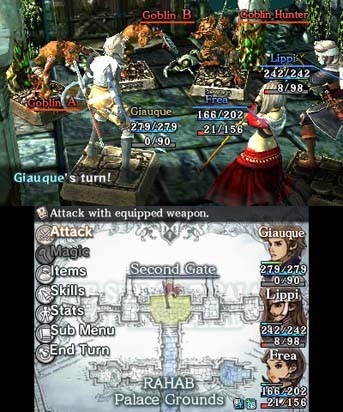 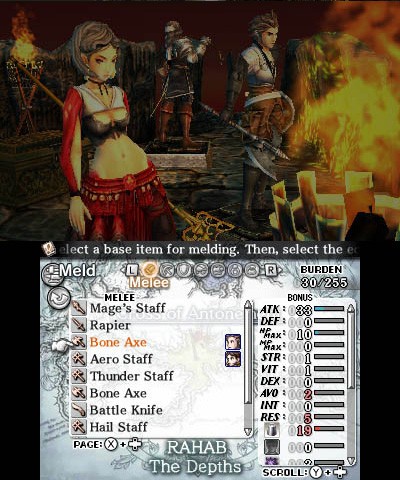 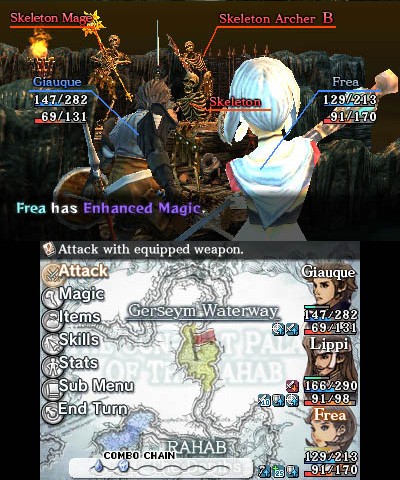 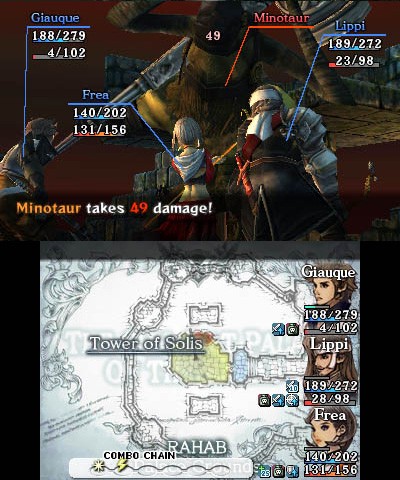 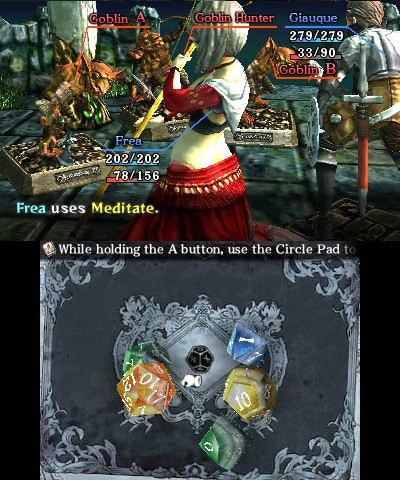 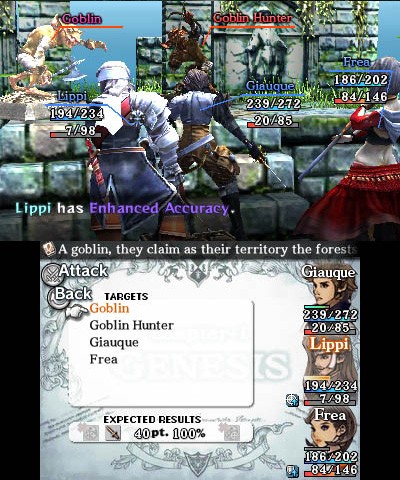 Crimson Shroud takes the RPG formula and boils it down to its essence. This is often for the better, but sometimes for the worse.

Purchase More Info
7.5
i
Game Informer's Review System
Concept Recreate the tabletop RPG experience with miniatures and dice rolling, focusing on combat and story
Graphics The lack of character animation is strange at first, but becomes charming
Sound The music helps to tell the story and sets an overall dreary mood, but does little to stand out
Playability Ultimately, you are working your way through menus, whether it’s in exploration or in combat. There isn’t any traditional gameplay per se, but it works in context
Entertainment For those obsessed with stats, loot, and story, Crimson Shroud is appealing. It plays like an old-school RPG, for better or worse
Replay Moderate