We’ve seen no shortage of crafting-focused survival games in recent years, in which a plucky hero must use his or her wits to build a shelter, hone tools, and venture into an unfriendly world. Crashlands follows suit, but through the implementation of RPG storytelling, smart combat, and a rewarding progression system, it carves its own niche.

An intergalactic delivery truck driver named Flux has crash landed on an alien planet filled with goofy characters and dangerous fauna. She has no choice but to make the best of a bad situation by making friends with the natives and building the weapons, tools, and shelters that might keep her alive. Crashlands’ story is light and silly, filled with endless puns and nonsense dialogue threads, but it serves the important role of offering a clear structure to your ongoing adventures. The seemingly endless fetch and kill quests do a solid job of providing multiple tasks to tackle at any one time, and avoid that aimless feeling that sometimes pervades crafting games.

Gameplay sees you wandering an open world, hacking away at local rocks, dodging enemy creatures, and uncovering new settlements. Bright, exaggerated characters bounce about the unusual alien landscape which stretches in every direction, ensuring no end to an explorer’s wanderings. Thankfully, a no-hassle fast travel system allows instantaneous transportation between nearly any locale on the map. The only long hauls occur when you head out to a new location for the first time, or do occasional tedious farming runs as you wait for a particular crafting material to drop. Quest objectives are clearly marked, and you can set your own map targets for pinpoint accuracy in your journeys. Unlike some games in the genre, death is not a hard restart. In this ongoing story experience, you simply spawn back at your home base, and have the choice to return to your death location to retrieve some dropped items.

Gathering and building is a breeze, thanks to the absence of tedious inventory management, and a simple but clever system for constructing buildings and other objects. Excellent pacing of upgrades always puts the next desirable armor piece just out of reach, whether that’s a tool, weapon, or new crafting station. At the same time, you always have a clear idea of what you need to kill or gather to attain the object. Crafted personal items have randomized stats, and it’s exciting when you snag a sword or helmet with cool perks. Even so, the collection and crafting loop tends toward repetition after many hours of play.

Combat takes getting used to, as your movement and attack controls are all mapped to a single click or touch. Enemies telegraph their attacks in advance, so you can move out of the way and position yourself for a counter. But with single touch control guiding facing and attacks, it’s hard to be as precise as needed. At any given point of game progression, monsters tend to inflict a huge chunk of damage in a single hit. When multiple baddies converge, it’s easy to have a single movement mistake lead to a death. As such, I sometimes felt like I was avoiding many fights rather than risking a big battle, which goes against the experimental vibe of the game.

Crashlands rewards perseverance. Over time, you travel to entirely distinct landscapes, with new enemies and environmental challenges to grasp. You can steal eggs from the creatures you fight, and raise them as your own pets to help you in subsequent fights. A few hours in, a simple fishing mini-game lets you pull treasures up from the deep. Engaged players even begin to encounter genuine boss fights, lending punctuation to the otherwise familiar flow of gameplay. Along with the core exploration, combat, and crafting experience, these activities give the game a diversity that makes it easy to lose oneself for hours.

There’s a relaxed, lackadaisical pace to Crashlands. The story is too juvenile to feel intense, the questing is always a means to the end of your next important crafted object, and the combat isn’t particularly high stakes. The focus is on simplicity and fun. That’s not an indictment of the game, but rather a recommendation for the laid-back attitude and streamlined play that keeps Crashlands engaging for so long. That pick-up-and-play-anytime mentality extends to your choice of platform; a single save can transfer between mobile and PC platforms with ease, so it’s easy to pop in and gather some more materials whenever and wherever you are. Crashlands unfolds a structured progression and ongoing story in a branch of games that often feels too freeform for many players; that framework is what makes this the crafting game that could finally appeal to those who’ve never grasped the genre’s charms. 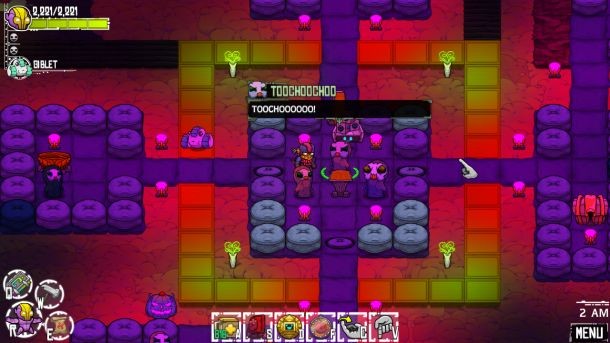 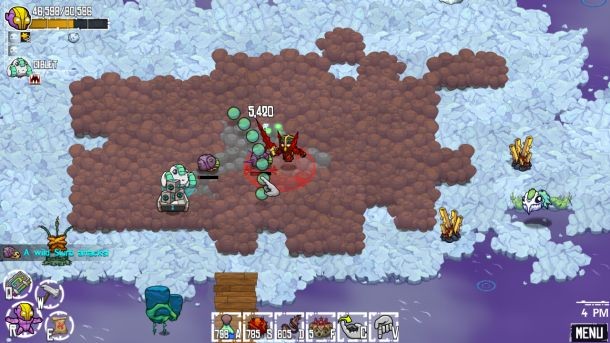 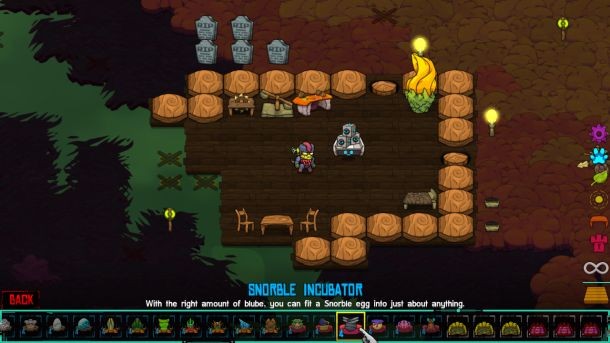 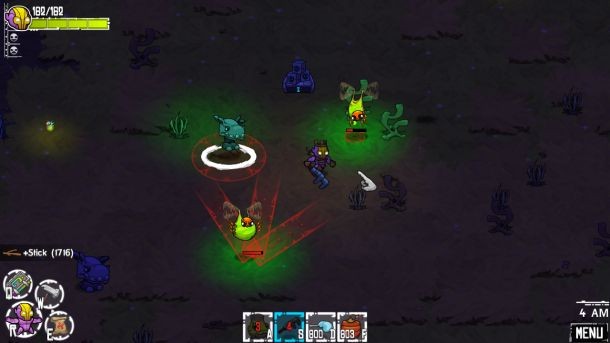 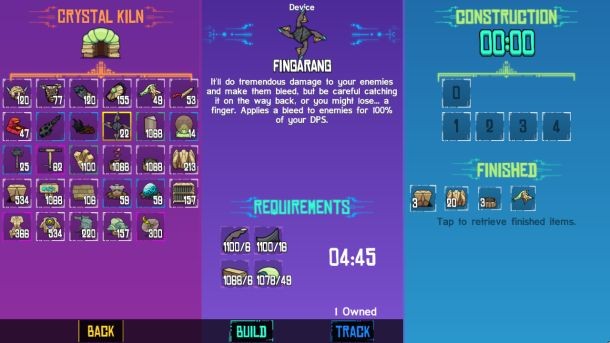 7.5
About Game Informer's review system
Concept
Your intergalactic truck driver has crashed on an alien planet, and you must help her craft, tame, and fight her way to survival
Graphics
Bright and weird cartoon characters match the whimsical tone
Sound
I could use a few more tunes to accompany my adventures, but the ones that are here fit the bill
Playability
Streamlined touch or mouse point and click controls are the essence of simplicity, but occasionally frustrate when combat demands greater precision
Entertainment
A deep and thoughtfully designed progression system provides many hours of discovery
Replay
Moderate 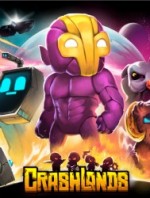