World-conquering wargames are nearly as old as the video game medium. Dozens of polished variations on the theme have entertained us for decades. Such expansive empires are exceptions to the rule of human history, though. Modeling the kind of soft power through which Venice built its trade hegemony and Denmark stamped an outsized influence on European politics has historically been much more difficult. Civilization V: Brave New World pushes the latest incarnation of the legendary strategy franchise in that direction with great success.

Brave New World follows in many Civilization entries’ footsteps by pulling out themes of human history and crafting around them, rather than embarking on a Quixotic quest to accurately model unbelievably complex interactions. In reality, the United Nations doesn’t meet every 60 years to debate two proposals that could include a global embargo on a major power, but that implementation makes a vastly more fun and interesting game mechanic than a largely impotent body that great powers ignore with impunity.

The revamped cultural victory path is the best part of Brave New World. Splitting the new tourism rating off of the existing empire-wide culture score lets empires pursuing cultural hegemony engage in a slew of new interactions that otherwise-occupied nations can safely ignore while focusing on their own goals. Saturating the world with explorers digging up ancient artifacts once Archaeology is discovered creates new diplomatic pressures and production priorities that are more fun to navigate than the old “build a bunch of Museums, beeline for Radio, and mash end turn” cultural victory. Segregating cultural Great Person generation from the others is a wonderful change that lets one to three cities focus on that, and removes the punishing need for cultural nations to focus exclusively on artist specialists. The cultural endgame is much better delineated in the tech tree, so a culture-pursuing empire develops quite differently than any other as it must invest in expensive late-game buildings to multiply its tourism score.

The addition of trade routes is another change that encourages you to look outside your borders through a lens other than conquest. Crushing barbarians is more important when they roam neutral territory between your empire and a trading partner, since that extremely expensive and valuable route can be easily destroyed by any unopposed military. Having your trade lines cut by a hostile civilization is devastating. Fighting over control of critical shipping lanes is a welcome addition to combat, which previously took place almost exclusively around fortified cities. Firaxis also smartly left in a safety valve that keeps hostile neighbors or a trade embargo from being an economic death sentence, allowing you to assign your trade capacity to boosting production or growth in your own cities – though reaping the money from foreign routes is generally preferable.

The diplomatic victory improvements are less of a resounding success. Winning a world-leader vote still ends up being a simple matter of buying off as many city-states as possible more often than not, but the addition of the World Congress creates an exciting new vector for peaceful interactions for any kind of playthrough. Sending diplomats around the world to procure votes for a pet project is great fun, and a powerful way to shape the world without going to war. Bribing enough of the world to hit 51 percent on the vote to institutionalize your religion or ideology as the official world system could be well worth the cost – but then again, you might not care if you’re planning on spreading your ideas at swordpoint anyway.

Like Gods & Kings before it, Brave New World’s greatest success isn’t in its new systems. The trick that Firaxis has managed for a second time is in not upsetting the existing game. The World Congress is not so powerful that warmongers have to drop everything they’re doing to deal with it, and tourism is not an overwhelming tide of city-flipping offensive culture that forces you to abandon your space program to combat its effects. I don’t enjoy the poor interface for swapping Great Works with rival empires, but that entire minigame can be completely ignored by any ruler not racing for a cultural victory – and following that path isn’t nearly as time-consuming as managing a war, so culture-pushing leaders have the attention to spare.

The new factions are more strongly themed than many other civilizations. Portugal must use its powerful Nau super-caravel to quickly explore and generate piles of money, or fall forever behind more generally advantaged civs. Venice has an impossible task ahead of it if forced into expensive wars, as its puppet-state empire runs on money – but its ability to instantly puppet city-states changes the entire face of the game. The Shoshone are my favorite, as their super-scouts and instant land-grab power makes quick expansion a no-brainer. The stable of new leaders is a good injection of variety overall, even if I personally prefer less pigeonholed civs like Poland and Shoshone.

The biggest knock on Civ V has always been the AI’s difficulty in managing its one-unit-per-tile warfare, and that remains a weak spot. The AI has slowly gotten better at it over the course of patches and expansions, and that progression continues here. I still see boneheaded management of ranged units on a regular basis, but less often. Naval combat largely eludes the AI’s grasp, but at least it builds ships and defends its own shores when threatened sometimes. The computer is much better at conquering cities now, and I see militaristic civs conquering entire continents on a regular basis in Brave New World.

Multiplayer is dramatically improved in Brave New World. Firaxis badly needs to release the “Pitboss” server software as a standalone program so that one Steam client doesn’t need to be dedicated to running the server instead of the game – which the company has said is coming – but the reworked architecture under the hood works much better in online games. I still find multiplayer to be a less-than-ideal way to play a turn-based game like Civilization, but the community that enjoys it should hopefully finally get what they’ve been begging for for years with Brave New World.

I have few complaints about this second and final expansion to Civilization V. My favorite game in recent years is better than ever thanks to Brave New World. The way Firaxis has fleshed out the thin areas of the game without screwing up the many things it does right is impressive. Peaceful no longer means passive. 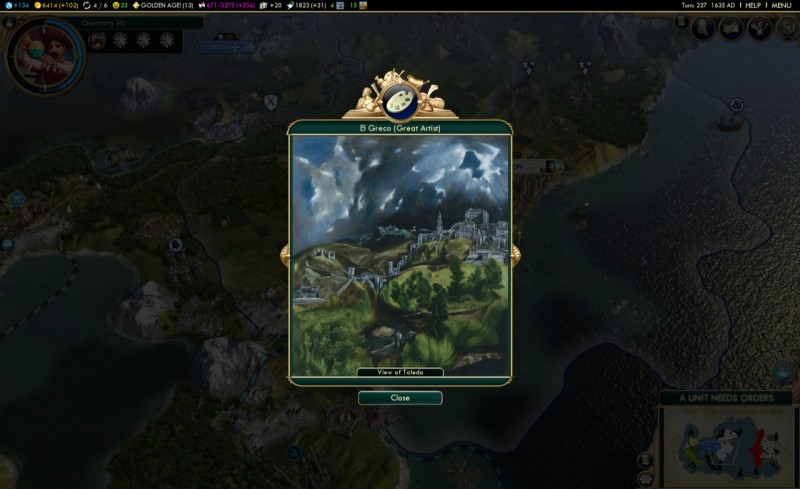 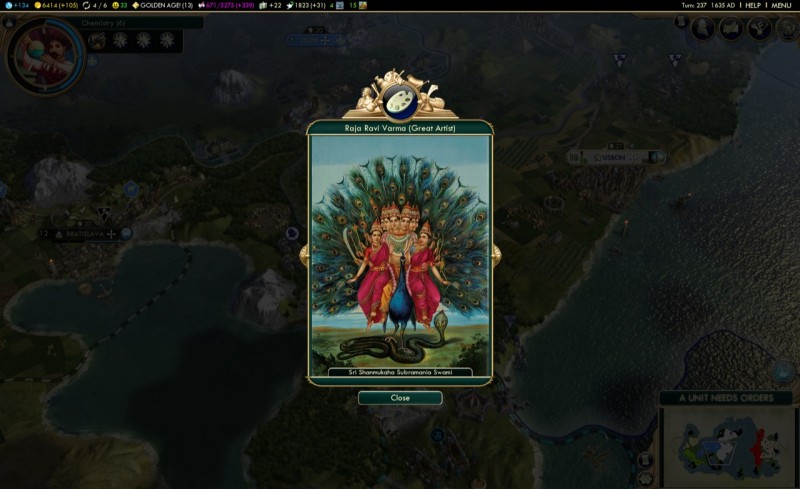 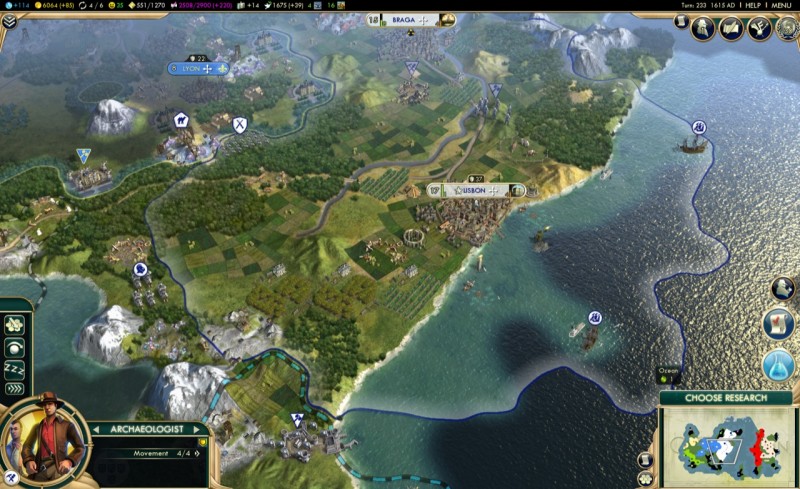 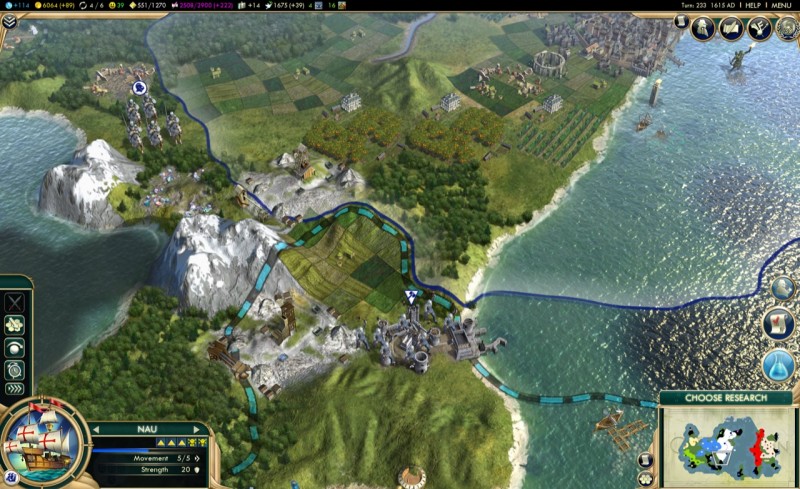 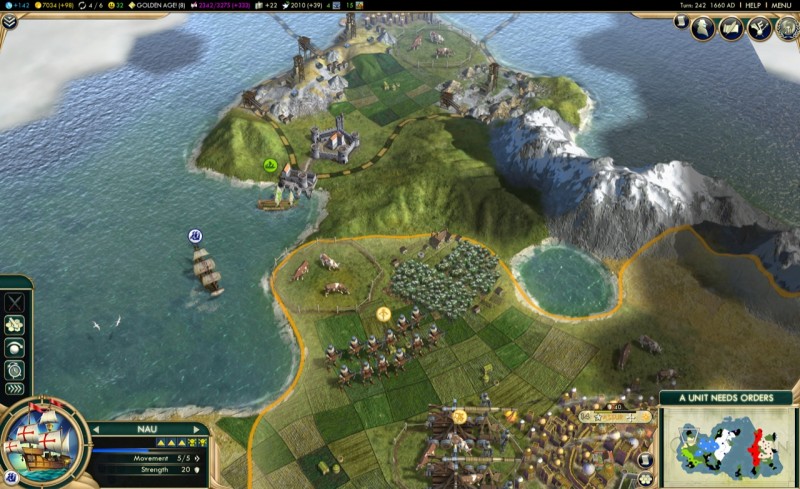 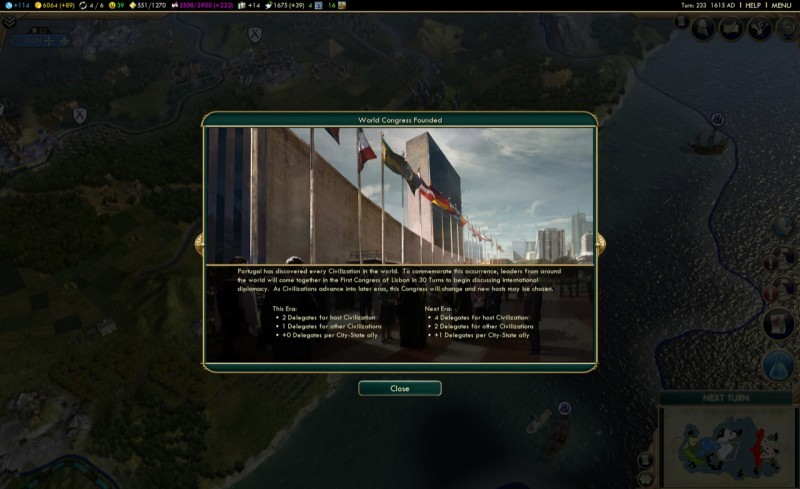 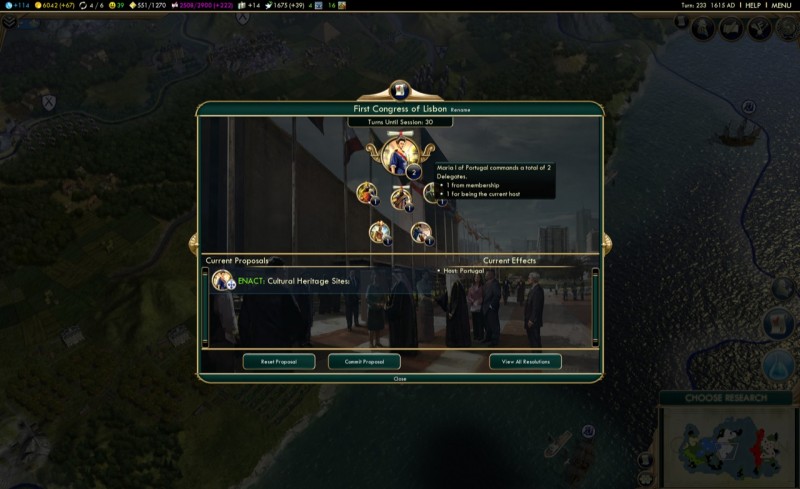 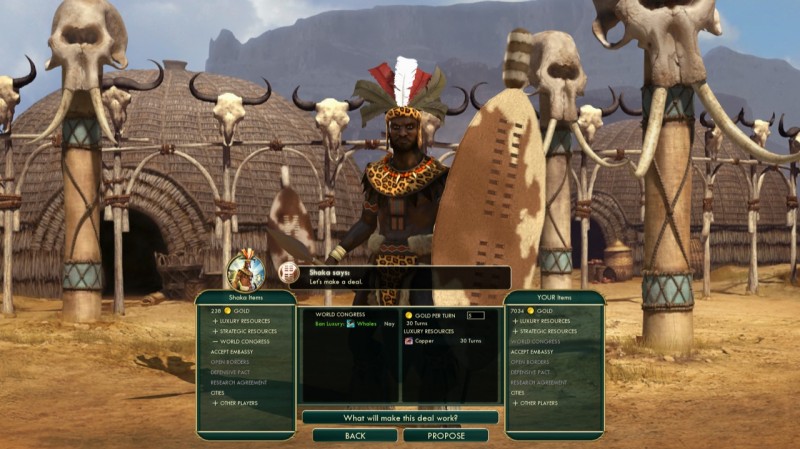 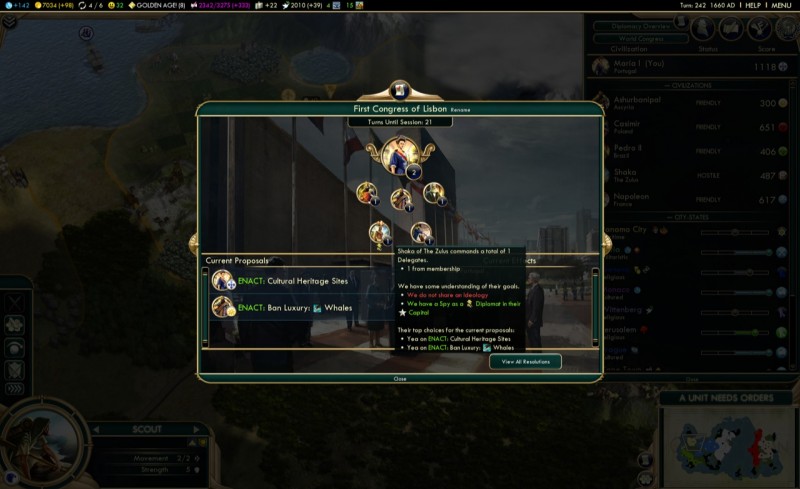 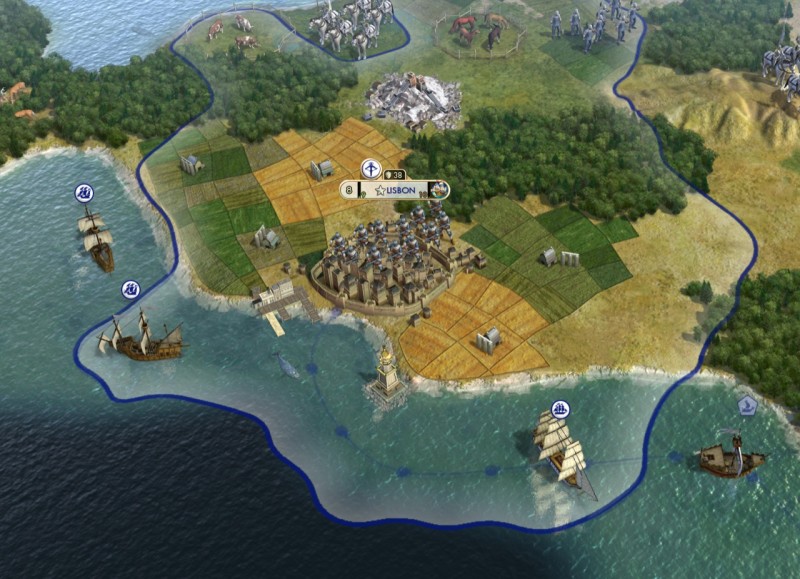 9.25
About Game Informer's review system
Concept
Flesh out the peaceful side of the human-history strategy epic with new diplomatic options and a revamped culture war
Graphics
Civilization V’s presentation still stands head, shoulders, midsection, and legs above similar strategy games
Sound
The score, while well-chosen, is not extensive enough to remain entertaining over the lengthy playtime Brave New World deserves
Playability
The interface remains a genre-leading model of usefulness, though a few long-standing blind spots still haven’t been addressed
Entertainment
This second expansion cements Civilization as the marquee strategy title in all of gaming
Replay
High 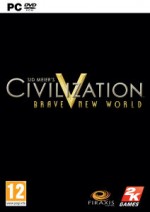