Comparing Civilization V to contemporary strategy games is entirely pointless. Imagine if Modern Warfare had come out alongside Quake II. There is simply nothing comparable out there, not least because the strategy genre has become the province of indie developers and niche publishers. Civ V is a towering, AAA release with millions of dollars worth of polish in an era where questionably localized Russian titles are all that strategy gamers have to tide them over for months at a time. It's also a delightfully fresh take on a formula that has been slowly iterated on for more than two decades.

The heart of the Civilization fantasy is unchanged. You still manage cities, developing them from rude collections of mud huts into gleaming modern metropolises. Vast armies and armadas are again at your command, waging global war for conquest, defense, or resources with everything from spears to nukes. The land must still be worked, the primordial wilderness tamed through your people’s sweat and blood. Your ultimate goal is yours to choose: Diplomatically unite the people of the world under your benign leadership, launch a viable colony ship into outer space, conquer the globe through force of arms, or create a glorious utopia through enlightened civility.

Civ V's genius lies in the way that Firaxis has aggressively chopped the number of decisions that a player has to make during the course of a game while taking away almost none of the meaningful ones. As a hardcore Civ player, I appreciate some of these ancillary aspects of the design, but the removal of all the fat is unquestionably Civ V's greatest accomplishment.

A perfect example of this elegance of design is the new concept of "embarking" units and removal of transport ships. In previous games, you'd build separate transport units, load your armies onto them, and send them across the ocean to land on foreign shores. As your military got larger, managing this became extremely cumbersome. The concept of land units being vulnerable and slow while embarked – the entire point of transport units – is perfectly replicated by Civ V's system of allowing armies to move across water on their own, albeit slowly and defenselessly.

Firaxis applied this sort of critical examination to legacy systems across the board. Some remained nearly unchanged, such as constructing improvements like farms and windmills on your land. Others were scrapped entirely, like Civ IV's religion system. Many others survived in altered forms, and I embrace the changes without exception. This is by far the most approachable game in the series, even edging out the stripped-down console entry Civilization Revolution, but Civ V's remarkable gains in accessibility have not come at the cost of strategic depth.

The major changes to the Civ formula may be hard for veterans to accept at first, but most will quickly realize that they haven't lost any control over their empire's development. The change to research and revenue looks drastic on the surface, but your input has merely been moved from the commerce allocation slider to managing citizens and specialists within individual cities. Religion's old role in spreading culture and affecting diplomacy is ably filled by the newly expanded role of gold, and creating a trading/financial powerhouse civilization is finally a viable path to victory. And as for combat…swallow your pride and your love for the old stack of doom, ladies and gentlemen, because the one-unit-per-tile new model is infinitely superior in tactical and strategic options while decimating the amount of time it takes to manage an active war.

The design focus on gold and resources is a fantastic approach that lends a lot of texture to diplomacy and opens up new possibilities for non-violent conflict – but it's a pain in the rear to fully take advantage of because the interface lacks a good way to track your incoming and outgoing resources and gold. Every time I want to sell off some cotton to Montezuma, for instance, I have to manually count how many I'm collecting myself, how much I'm getting in trade from other nations, and how many I'm already trading away. Stupid. Also, one specific early-game strategem nearly guarantees a win on its own: using the Great Library's free research advance to net the expensive Civil Service technology can double your growth rate, putting every other empire at a massive disadvantage.

Multiplayer is functional, but the only way I suggest spending any time with it is with friends playing cooperatively against the AI. For a number of reasons, including the Civil Service slingshot above, Civ V's design does not lend itself well to cutthroat human-versus-human play. That said, I didn't come across any technical issues that prevent playing with friends from being enjoyable.

I encourage everyone, from strategy newbs who spend most of their time in online FPS matches to grognards who could teach me a thing or two about the optimal distribution of forces in hex-based combat, to give Civilization V a shot. As a hardcore strategy gamer who is no stranger to planning out my empire's production dozens of turns in advance, I've already turned to Civ V for my world-conquering needs – but at the same time, if anything is going to rear a new generation of strategy gamers like the very first Civilization did for me, it's this.

9.75
About Game Informer's review system
Concept
Build a mighty civilization from a humble wandering tribe
Graphics
Performance isn't what you'd hope for from a strategy game, but the art deco aesthetic works well
Sound
Real accents in their actual languages for rival leaders is a great touch. The soundtrack doesn't live up to Civ IV, though
Playability
One horrible mistake in diplomacy is the only blemish on the interface. Everything else is perfect
Entertainment
This is the best strategy game in years. Don't miss it
Replay
High 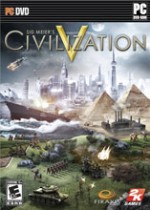